Alright, y’all. I’m awake tonight for the first blog in a while. Lately I’ve been just before crashing when it’s time to write, but tonight I’m alive, awake, alert, enthusiastic. Like the camp song. I learned some things today that I really want to tell you. So. I’m gonna illustrate this post with artwork by Alexandra Snowdon that I, serendipitously, discovered recently.

I’m in this women’s Bible study at church. I joined it reluctantly because I’m so dang busy with work and pro-bono projects and during the summer, our church doesn’t meet on Wednesday nights so it’s kind of a breather for me in the middle of the week. But this class meets on Wednesday nights. But it’s a Beth Moore study and I did Breaking Free in 2010 and it was freaking awesome. This study is called Esther. It’s about how tough it is being a woman. Tonight I wasn’t feeling it. I’ve been grumpy today and just wanted to lay on the couch and watch The Sopranos while Ben rubs my feet and I eat raisin bran out of my favorite coffee mug. I’ll still do that, but later. I almost didn’t go tonight. I was so tired, but I went, begrudgingly. And here’s what we learned that I really want to tell you about and that could just change your life if you let it marinate:

1. You’ve been placed in your very particular sphere of influence for a reason, and for just such a time as this. For instance, I am probably writing this right now because one of you needed to hear this more than anything in the world. I don’t know that, but maybe! I live in Laurel because maybe I can bring something to the table that changes this city that no one else can. I am a member of a dying denomination maybe because I can be a part of its revitalization in this community. There are a million other things I’m meant to do, but I don’t know what they are yet and I might not even know it once I’ve done it. But I have to listen for the cues from God, follow them, and do my best at whatever it is. The same goes for you. 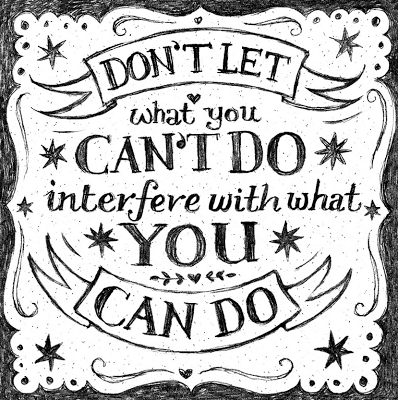 2. The more self-absorbed and detached from reality we become, the more we mistake annoyances for agonies. We have to force ourselves to see the difference between fleeting inconveniences and authentic tribulations. Your Pottery Barn couch that didn’t arrive on Tuesday as scheduled is an inconvenience, not a tribulation. Y’all. I struggle with this ALL THE TIME. My life is so cushy and sweet 90% of the time that when I try to fry chicken and my wonky skillet is burning them on one side, I’m just about ready to cry over it. That makes life scary, doesn’t it? When every minor inconvenience ruins our day? Or just the fear of something inconvenient ruins our day? Well… 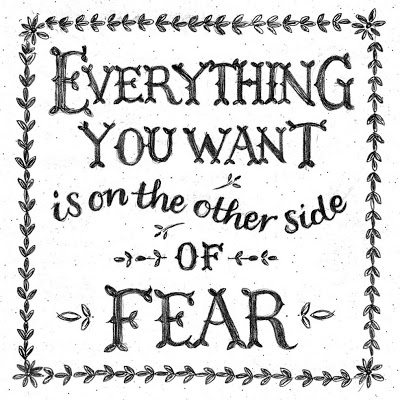 3. We have to face our fears because most of them are not legitimate, most of them will never happen, and if they do… then WHAT? Alright, y’all. Real talk.

My greatest fear is having children. I am terrified not only of childbirth and labor, but then of how having a baby might change life as I’ve known it and my body, to boot. I’ve been afraid of this since I was a little girl, and the anxiety and fear of it only becomes more intense the closer I get to turning 30 years old. Because I hear the clock ticking now. I love to imagine a little boy learning how to work on a car with Ben. I love to imagine reading Amelia Bedelia books to a little girl with blonde hair and blue eyes, teaching her how to make my mama’s lasagna when she is a teenager. But I can’t get to those sweet parts of parenthood for the fear of the first part that gets you there.

So if our own most terrible awful happens, even though God tells us to trust Him, He doesn’t say to trust that He’ll make sure everything goes the way we want it to, He just says ‘TRUST ME.’ It’ll all go exactly the way He planned and it will NOT kill us. And if it does kill us, that was the plan and we’ve just got to be prepared to roll with it. We have to be brave. The most frequent command in the Bible is “do not be afraid.” 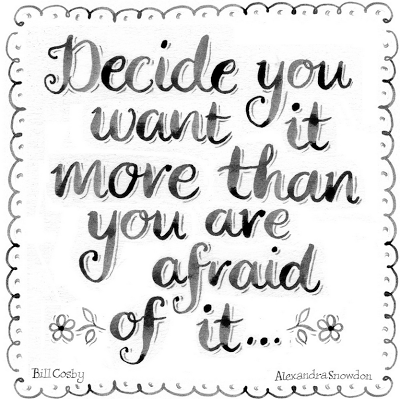 This nearly made me cry as we were learning about it tonight.

I’m sorry this post was so long. But I bet some of you needed to hear this for one reason or another. I hope so.

Disclaimer: This is not a post about having babies, but about fear in general. And this doesn’t mean we’re gonna go have a baby in 9 months. It’s just eased my worries and fears about it a lot. So. Don’t get too excited, mama.