Today was Youth Sabbath and our students totally KILLED it, y’all. I can’t get over them. The service centered around the idea that by doubting, our faith can be strengthened. Ben’s always encouraged the youth to have questions about their faith since faith is not the same as knowing. By having doubts about your faith but choosing to ask questions, to learn from scripture and experience, your faith is made stronger than it was before the doubt. For that reason, and because they so love the Avett Brothers, the group sang Head Full of Doubt/Road Full of Promise:

The lyrics, in case you’re not familiar, are:
There’s a darkness upon me that’s flooded in light
In the fine print they tell me what’s wrong and what’s right
And it comes in black and it comes in white
And I’m frightened by those that don’t see it


When nothing is owed or deserved or expected
And your life doesn’t change by the man that’s elected
If you’re loved by someone, you’re never rejected
Decide what to be and go be it


We’re always trying to teach them that just because a song isn’t labeled “christian” doesn’t mean that lessons about faith aren’t there. The Avett Brothers have close ties with the Methodist church, and Ben probably spent summers at Lake Junaluska with them without even realizing it. There’s a lot of implicit faith in their songs.


The reason they’re all staring with rapt attention toward the balcony is because I was there. Jumping and dancing while doing interpretative dance with reckless abandon. I was alone up there, safe from embarrassment. Until Dr. Wallace came and took a seat on the very back row. And I was utterly humiliated, but equally amused because it was the only way to keep the kids from being nervous zombies in front of everyone. To see them seeing me be embarrassed while they’re embarrassed cancels out everyone’s embarrassment, you see.

Hayward, a star athlete and junior in high school, wanted to give the sermon because he thinks he might want to be a minister. And he made every little old lady plus his mama shed a tear. Because he’s just so earnest about it. 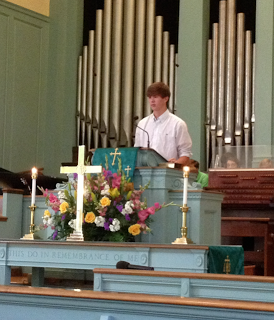 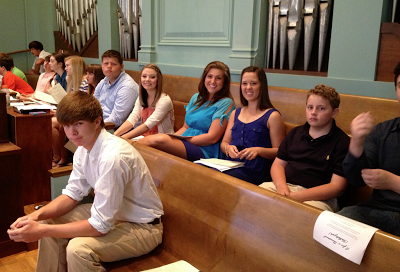 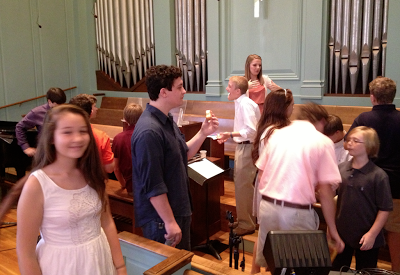 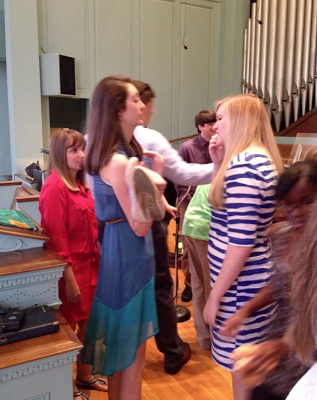 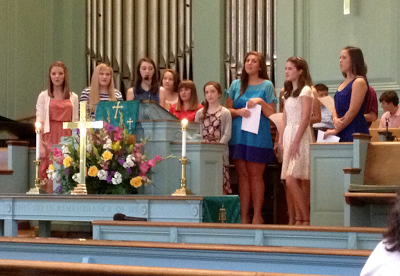 They came to the front so everyone could give them a big hug afterward and they stayed until the very last person left.

I love our students. They’re growing up to be lights in the darkness. I can feel that.