I guess the first Woody Allen movie I saw wasn’t even a truly Woody Allen-ish movie since he didn’t star in it, but Midnight in Paris became an instant all-time favorite for me and I bought the movie the day after I saw it.

Later we watched Annie Hall, which I didn’t really care for—and that made me feel a little sad since I thought it was one of those great American films.

Tonight in anticipation of our trip coming up in a couple weeks, we watched Manhattan. I found my stride with Woody on this one mostly because his acting is such that it’s not acting at all—more like just watching a very funny, super neurotic person getting through the daily minutiae (sort of like a more chipper Larry David) and it felt like a really pretty time warp. It’s like this.

But the movie is in black and white, and the music is all from the 1940s. Because as he narrates at the beginning: “Chapter one. He adored New York City. He idolised it all out of proportion. Uh, no. Make that “He romanticised it all out of proportion.” To him, no matter what the season was, this was still a town that existed in black and white and pulsated to the great tunes of George Gershwin.” 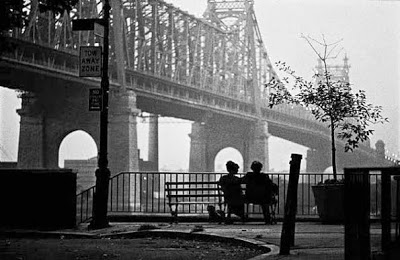 But the dialogue, acting, and story are so incredibly modern, it could be released next year.

I’ve never seen anything like it. The story was mostly gross and a little weird, but it was funny and, like I said, pretty, and made me ache to live in New York even for a little while. Which I hope we could someday do for maybe just a month. Maybe when we have a little kid. Wouldn’t that be fun? Just for a month or something?

My mama is dying somewhere as she reads these words.