So we started the day with a long train ride to the Upper West Side for breakfast near Central Park at Sarabeth’s. Ben and I went here for the famous English muffins on our honeymoon in 2008. 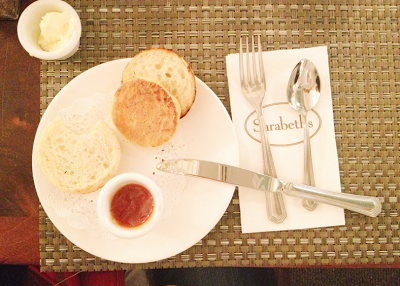 Then walked through Central Park seeing all the big sights that are famous from movies. 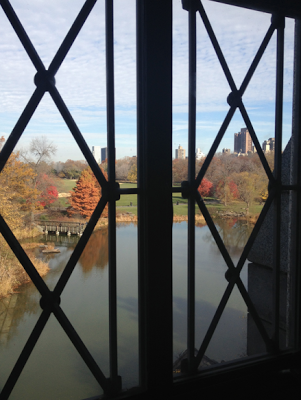 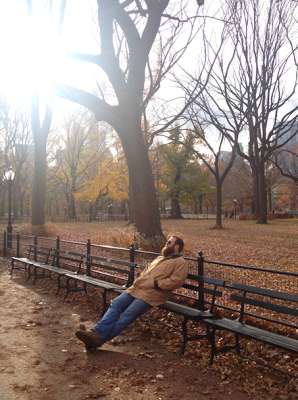 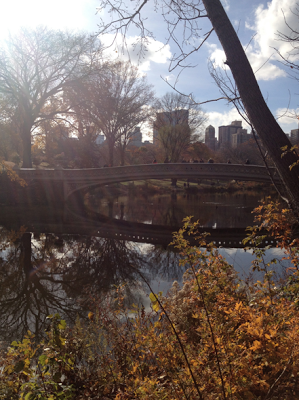 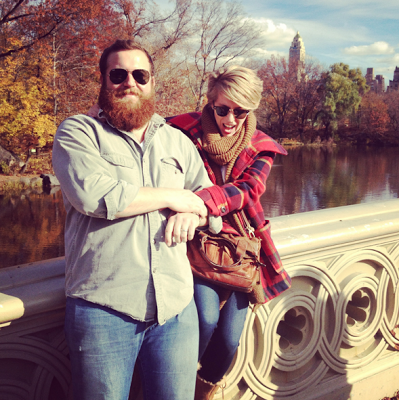 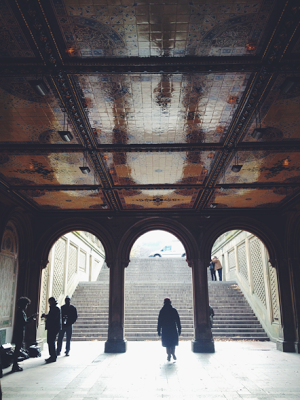 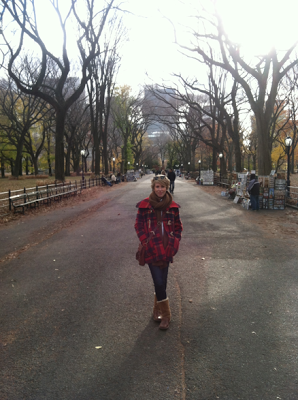 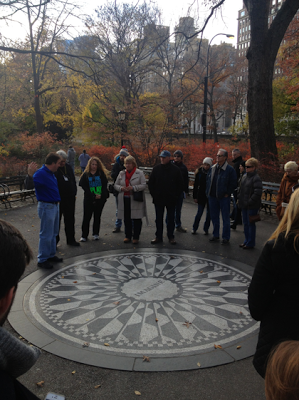 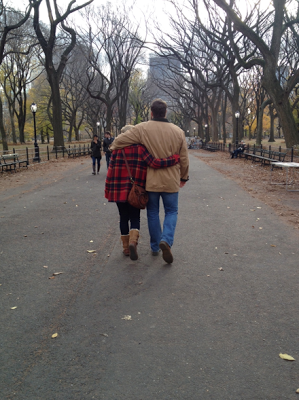 Then lunch a while later in the Burger Joint at Le Parker Meridien, a tiny, seedy hole in the wall behind the velvet curtain in the lobby of a swanky hotel. It’s so peculiar, and that’s what makes it one of our favorite places in New York. You know you’ve found the spot when you see the neon burger. 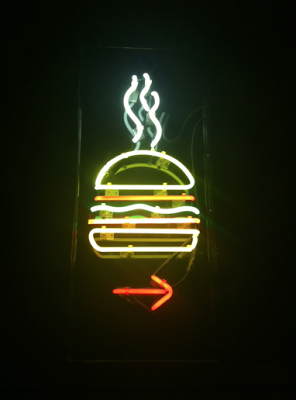 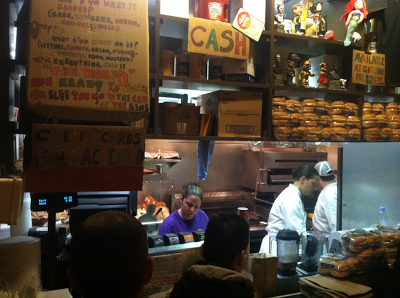 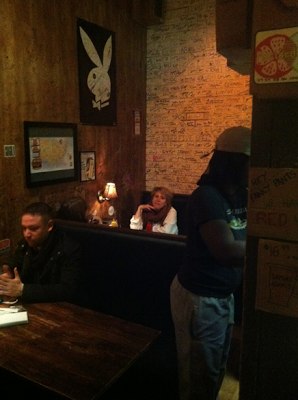 Then Ben and I left for Chelsea where I had a meeting with an editor, Cassidy, at Martha Stewart Weddings. And a completely crazy thing happened. 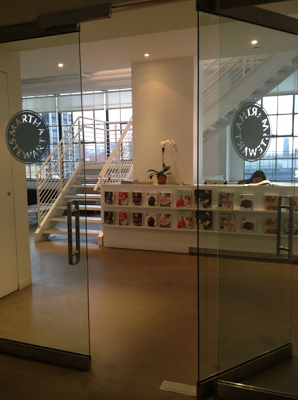 I saw Martha. THE Martha, reviewing some products for her Macy’s line. Just 10 feet away from me. I couldn’t take her picture without getting in trouble, so I just pretended it was a typical occurrence to breathe the same air as Martha Stewart and nodded my head and seemed vaguely excited. I was screaming inside. Cassidy walked me around, showing us the “kitchen” they use to film her cooking show (surprise—the farm scene out the window is a high def photo!) 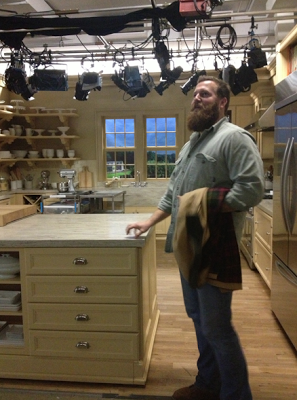 She showed us the prop room for photo shoots for Weddings and Living. Fascinating! My favorites were the drawers and drawers of antique silver and the cake plate collection. 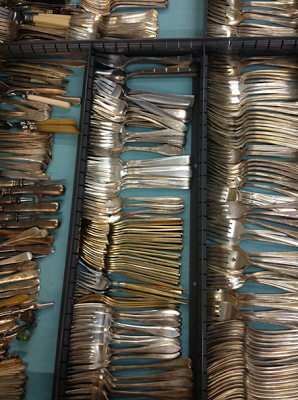 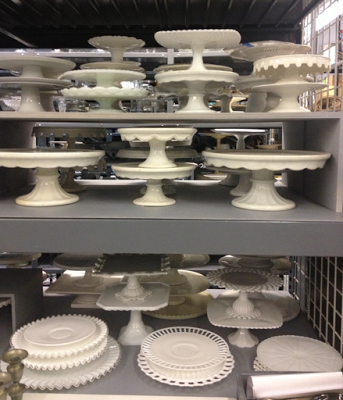 The Martha empire covers the complete 9th floor of the building in lofts that overlook the Hudson River. The views were unbelievable. 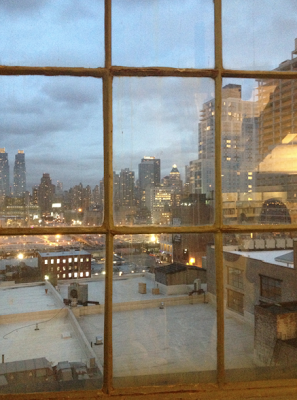 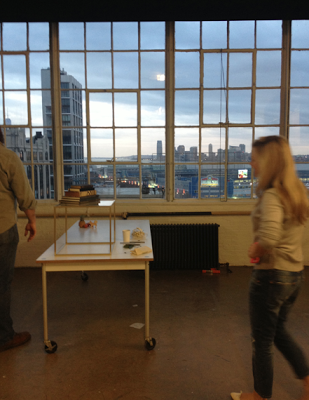 And later on we went back to the house in Brooklyn to get ready for dinner at Bamonte’s. Bamonte’s is on so many lists as one of the best old fashioned Italian restaurants in New York, though it’s in the Williamsburg neighborhood of Brooklyn. Lots of Sopranos episodes were filmed here, and an episode of Law and Order SVU aired last week that was shot here too. It was delicious. Tuxedoed waiters with thick Italian accents take your order while the beautiful 3rd generation owner, Anita, greets people as they eat. Well… She and Ben hit it off. Major. She kept calling him “big boy,” and telling us stories of the celebrities and mobsters who’ve darkened the door of Bamonte’s in its 100+ years. She counts Jack Nicholson a good friend, and Leonardo DiCaprio is coming by soon. They’ve been told to prepare a table for him. She hopes she’s there when he comes—though she fears her heart might stop beating at the sight of his handsome face. 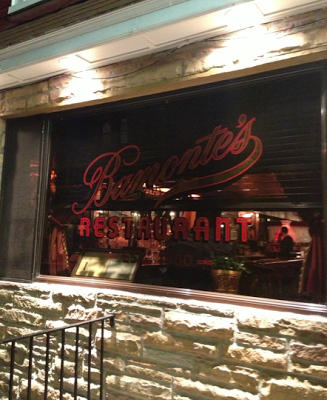 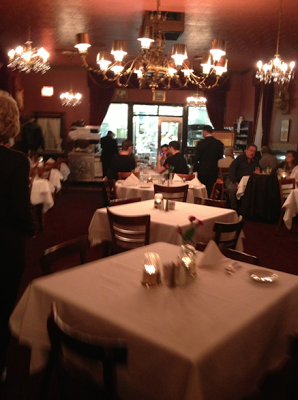 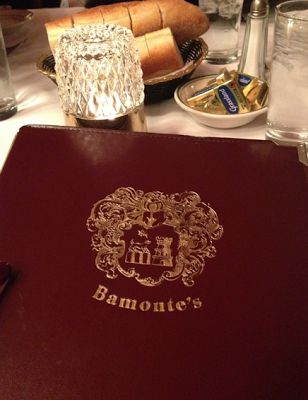 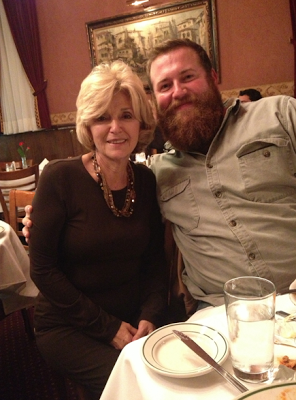 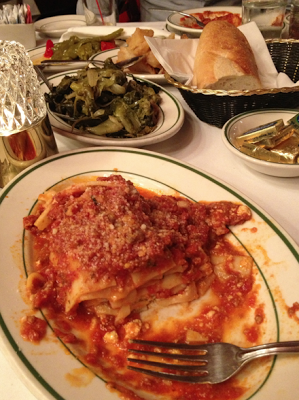 There are still old wooden phone booths in the restaurant so you can take a business call while you’re at dinner if you need to. 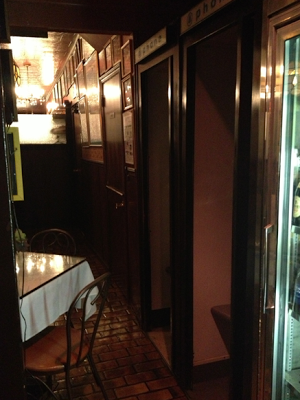 It made my heart ache a little when I saw another of Anita’s friends on our way out. Jim Gandolfini, only my favorite person ever. 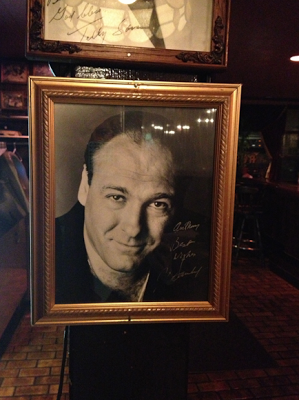 Speaking of, tomorrow’s blog will be about the Sopranos tour Ben and I are taking into Jersey. Aren’t you thrilled? Probably not. In fact, I’m embarrassed about my love for a show that went off the air about a million and a half hours ago. But it is my blog, and I have to be real with y’all. It’s definitely going to be the best thing about my day. 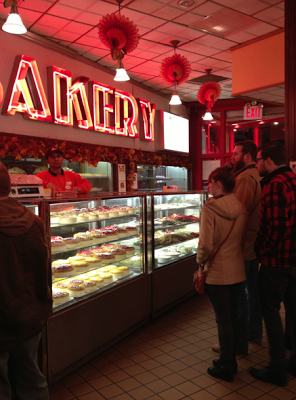