In 2009, Mal commissioned an invitation for their wedding that would look the way the glamorous South and New Orleans feels, and I came up with an invitation that became Orleans in our collection. A few months ago another bride asked for that invitation, and wanted it in gold foil. And every enclosure card imaginable. And a vintage map of New Orleans inside the envelope. I was proud of the way it all turned out, and I took some new photos to update the old Orleans images on the site this morning. You’ve gotta get up earlier to catch the best sun for letterpress photography. 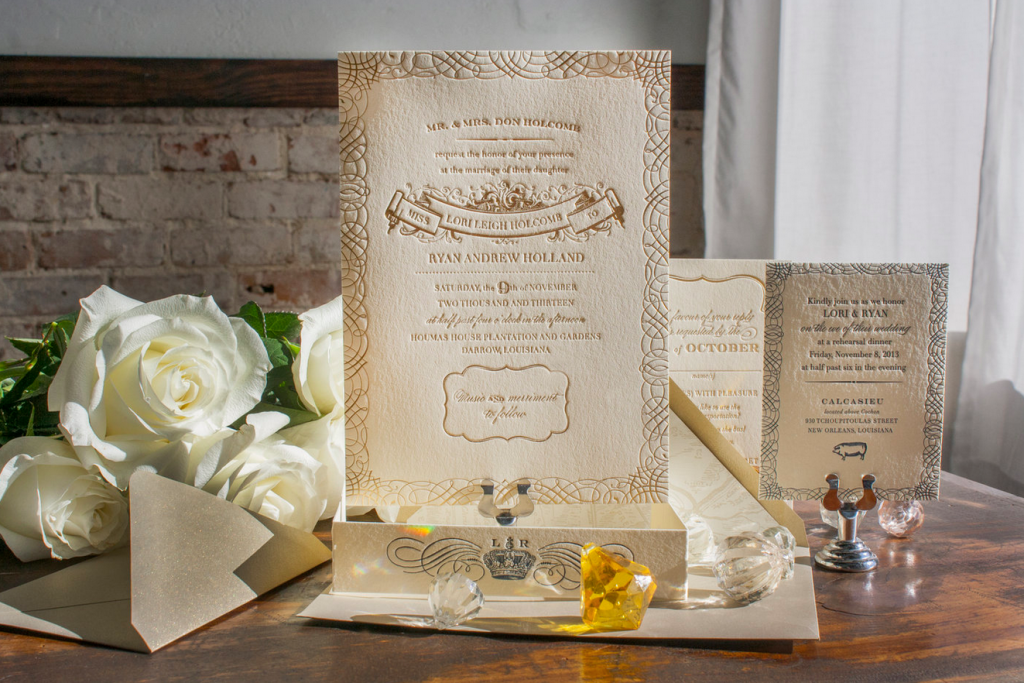 It’s always perfect around 8:30 am in the loft. Anyway, you can see the new photos here.

Speaking of Mal, how pretty is their house? They just got a fresh coat of paint on the stairs this week and it makes it feel like you’re in a brand new house even though it was built just a couple months before the Titanic sank. 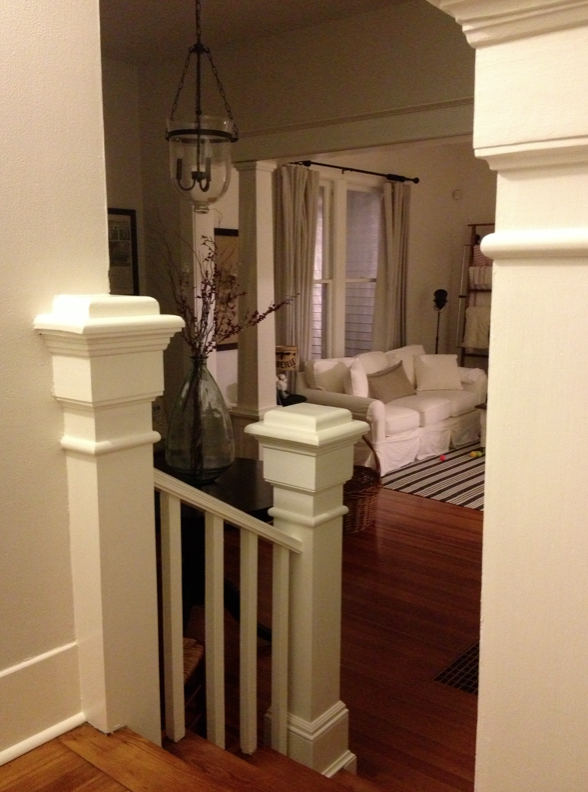