First things first—I’ve not worn my hair curly in quite sometime. Not since it’s been really short, at least. With such rotten rainy weather (which I actually happen to love—I don’t find it rotten at all!), I decided the humidity might be on my side so I gave curly a try. I was shocked by how it behaved! My cousin Kelsa has been raving about this matte styling powder she got at Sally’s, and her hair always looks so cool. She’s always worn a pixie cut with so much finesse, I can only hope to do it half as well. So I got some for myself a few weeks ago but didn’t really understand how to use it and left it unused in my cabinet. Today, I got brave… And I loved how it made my hair thick and textured. It was crazy. If you’ve got short, fine hair—try it. It’s cheap and it’s fabulous. 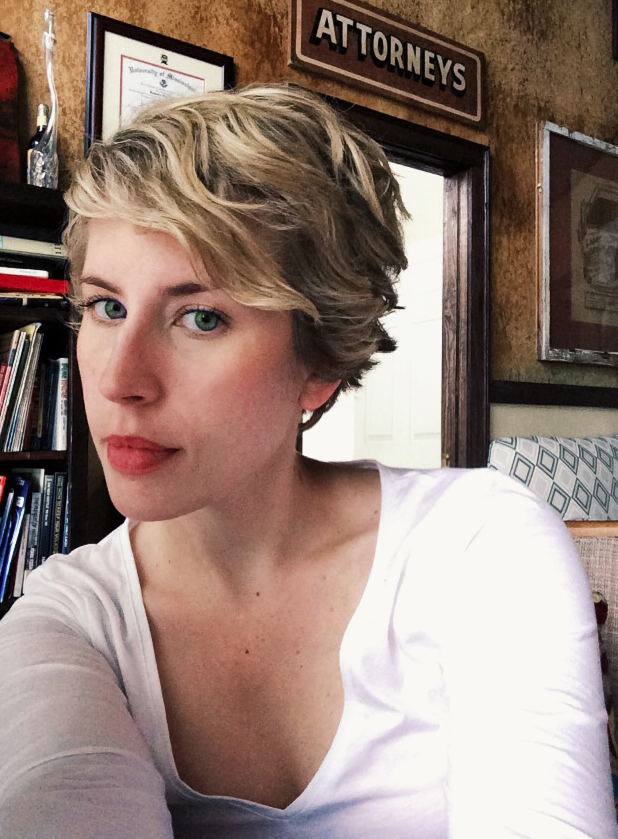 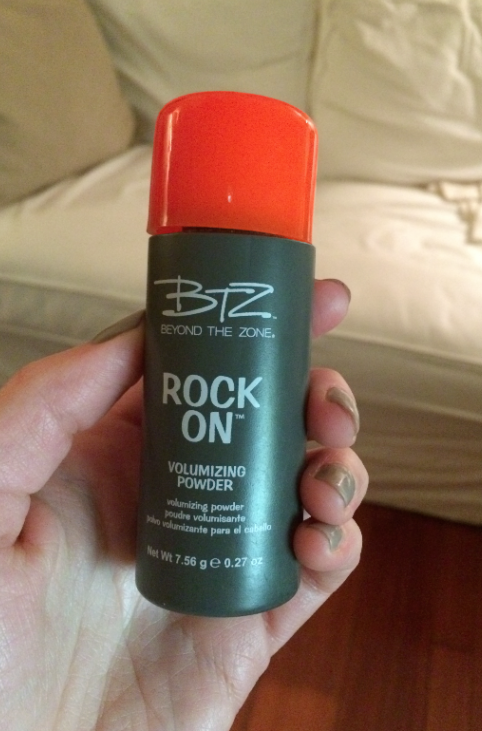 I’m thinking of going curly every day for a while.

So anyway—one of my favorite pasta dishes to make is Robert St. John’s Pasta Roberto from An Italian Palate, and lately I’ve been craving homemade pizza like mama and I used to make when I was little. After work in the stormy weather I ran to the grocery and picked up a few different things with plans to make Pizza Roberto! It was just as good as I had hoped it would be. Awwwwww yeah. 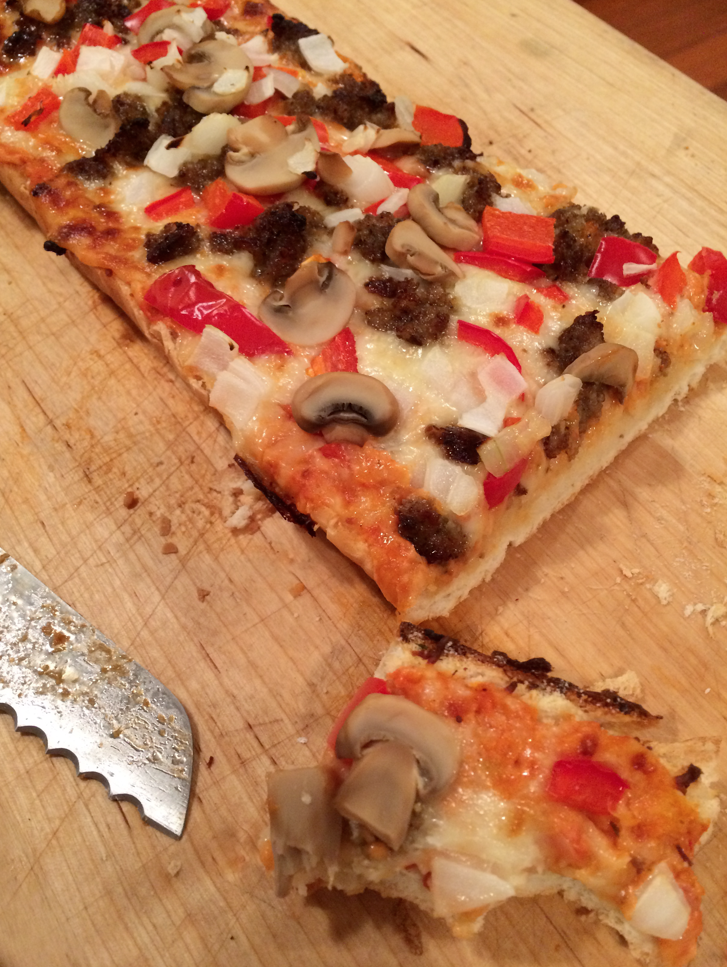 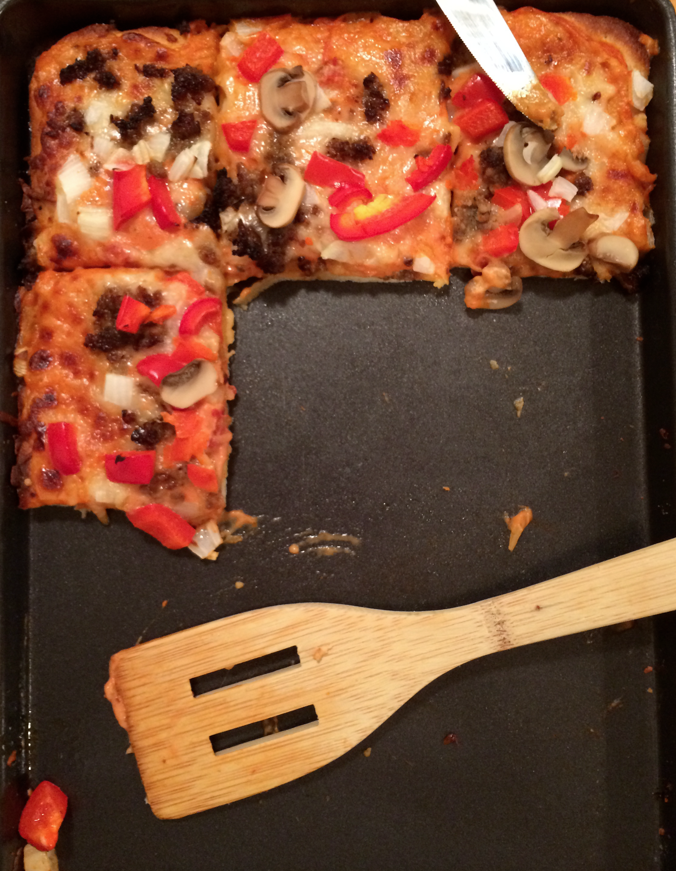 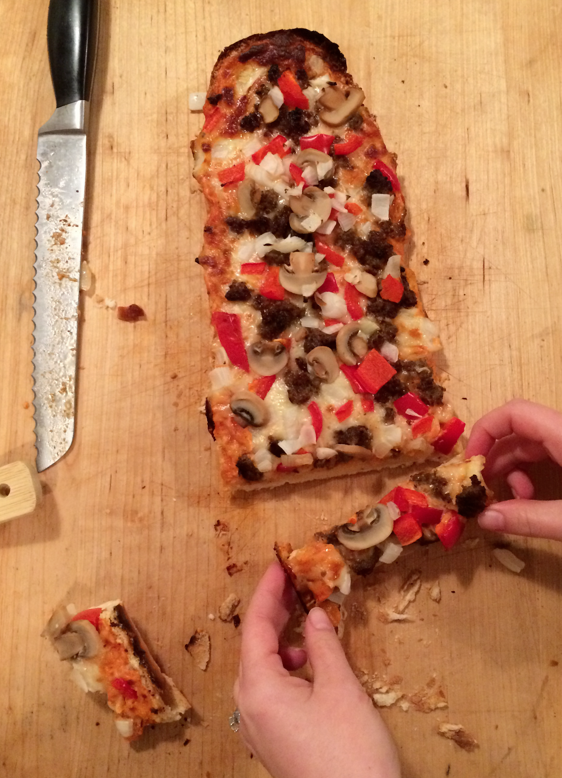 Mix all the alfredo sauce and pizza sauce together, set aside. This is the magic.

Brown and crumble the sausage really well, drain off the grease and move to a bowl with paper towels in the bottom to absorb more.

We made it two ways—one from pizza dough, one on a loaf of French bread. I preferred the dough, but it just depends on if you want crunch (which I didn’t tonight). I sliced the bread lengthwise and brushed olive oil generously on both, then shook a little parmesan and garlic salt over them, then toasted them in the oven for a few minutes at 425. Once the dough was a little golden and the bread was toasting around the edges, I took them out.

SMOTHER crust and/or French bread in the sauce, sprinkle your cheese and toppings on, then bake at 425 for about 10 minutes, then turn on the broiler and watch it closely so it doesn’t burn. It only takes 1-2 minutes at most before you burn it! Anyway. It was delicious. You’ll love it. It’s good to dip into the special sauce as you go!

P.S.
Have you had a coconut fudge Newton Fruit Crisp? You could also called it Girl Scout Somoas without the guilt. They’re incredible. 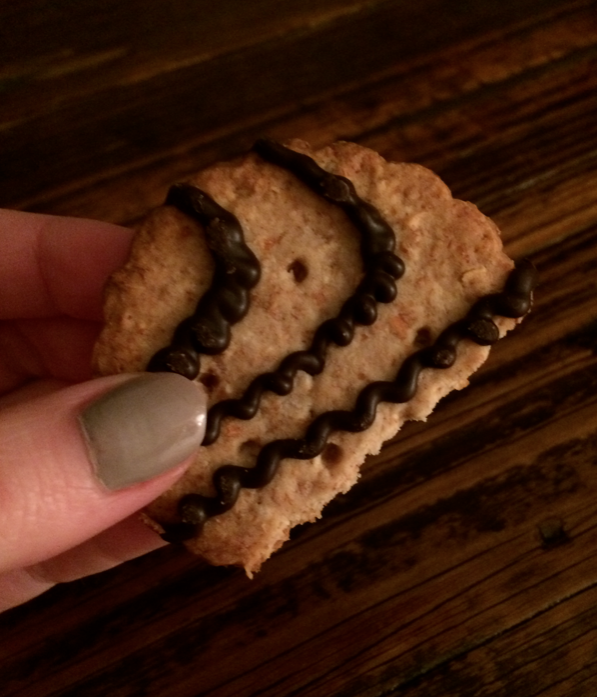 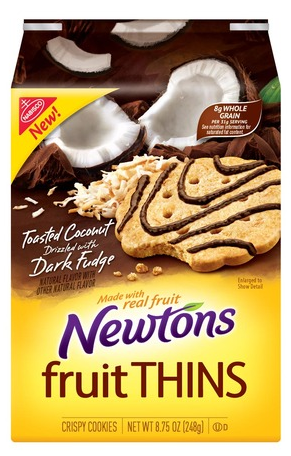