Today they officially started building the garage in the backyard and we’re SO FREAKING EXCITED! 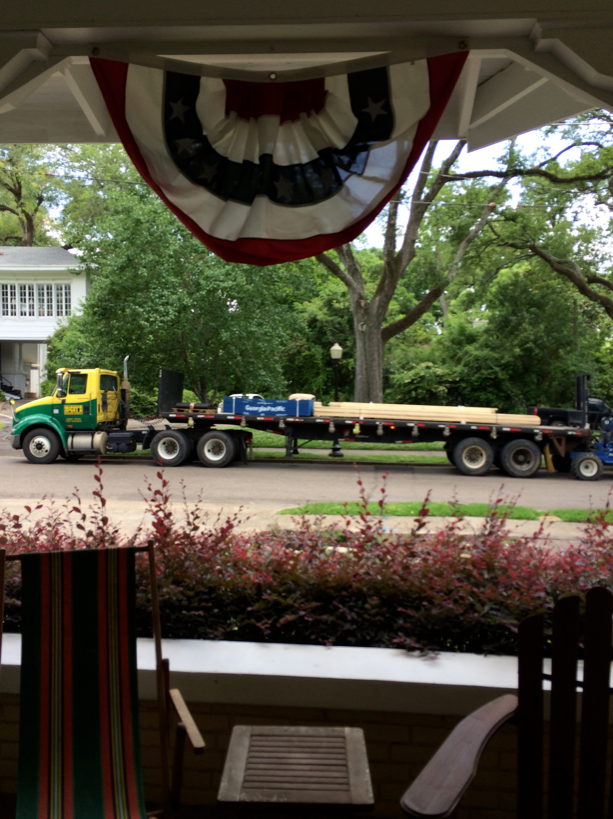 I’m embarrassed to even show you, but I would be remiss to not include a real, nasty before picture. So here we have it. Before: 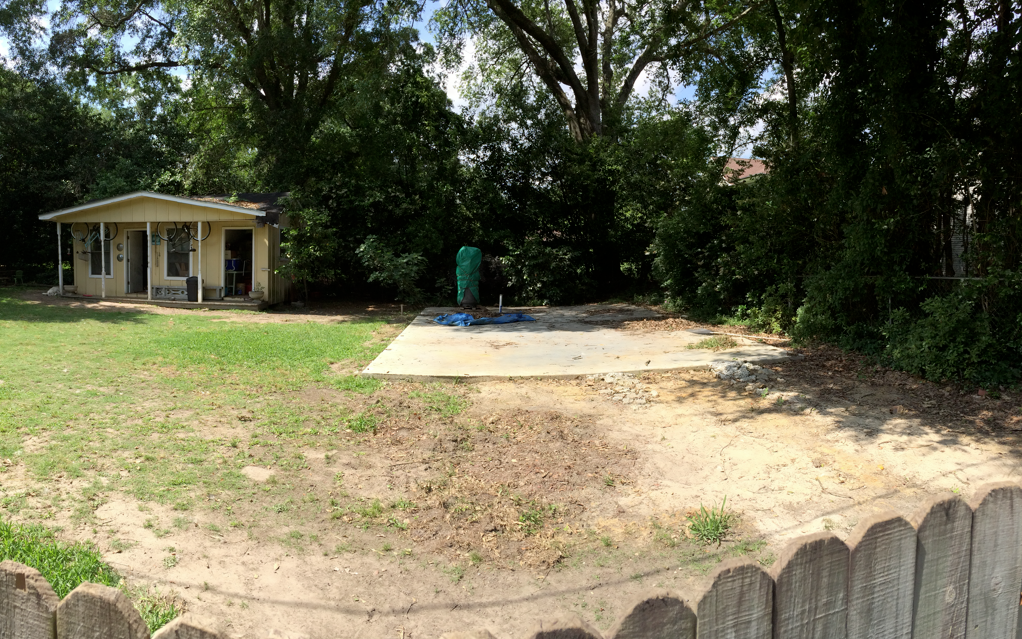 1. Why is there no grass in your yard? Because we have horse dogs and also big trucks destroyed it when they poured the slab back in August.

2. What is that big thing wrapped in a green tarp? A very nice air compressor—a gift from Ben’s daddy that’s waiting to have a roof over its head.

3. Why didn’t you just put it in the shop you have now? Because the floor would cave in under it.

4. Are you going to leave that old shop? We’re going to tear that thing down the minute we finish transferring the good stuff out of it into the new shop.

5. Why wait? There’s a deep freeze, fridge, and other stuff we should really probably throw away in there… And it’s Baker’s house.

Laurel folks might wonder who is building it—and after collecting about a million different quotes, we went with a super nice guy named Don Harris who gave us the perfect price. So far, everything he’s said he meant and he started right when he said he would. Which already puts him ahead of the general contractor curve.

It won’t be long until… 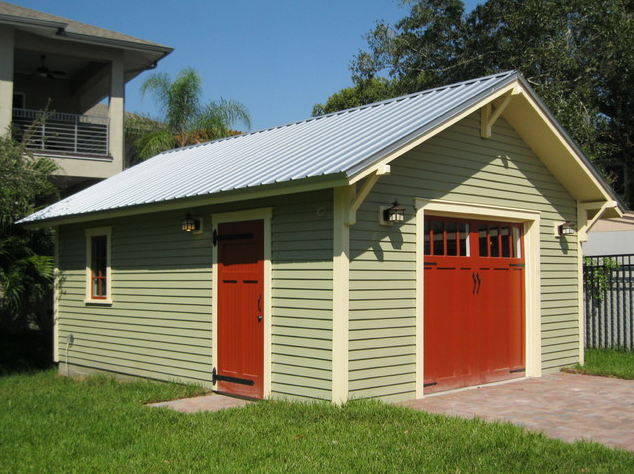 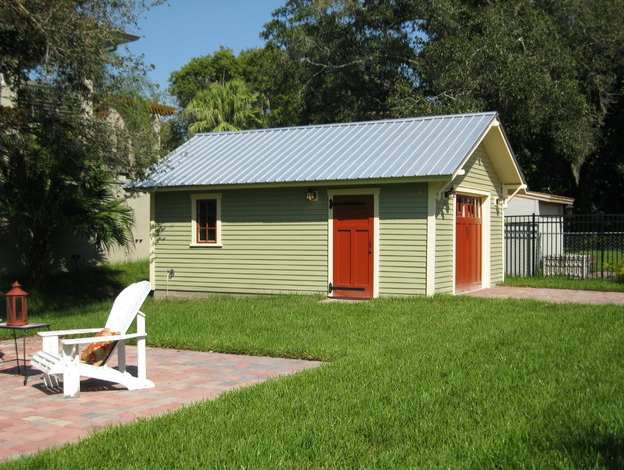 Except, you know… In the same color as our house (which is Sherwin Williams’ Blonde, in case anyone cared or wondered). 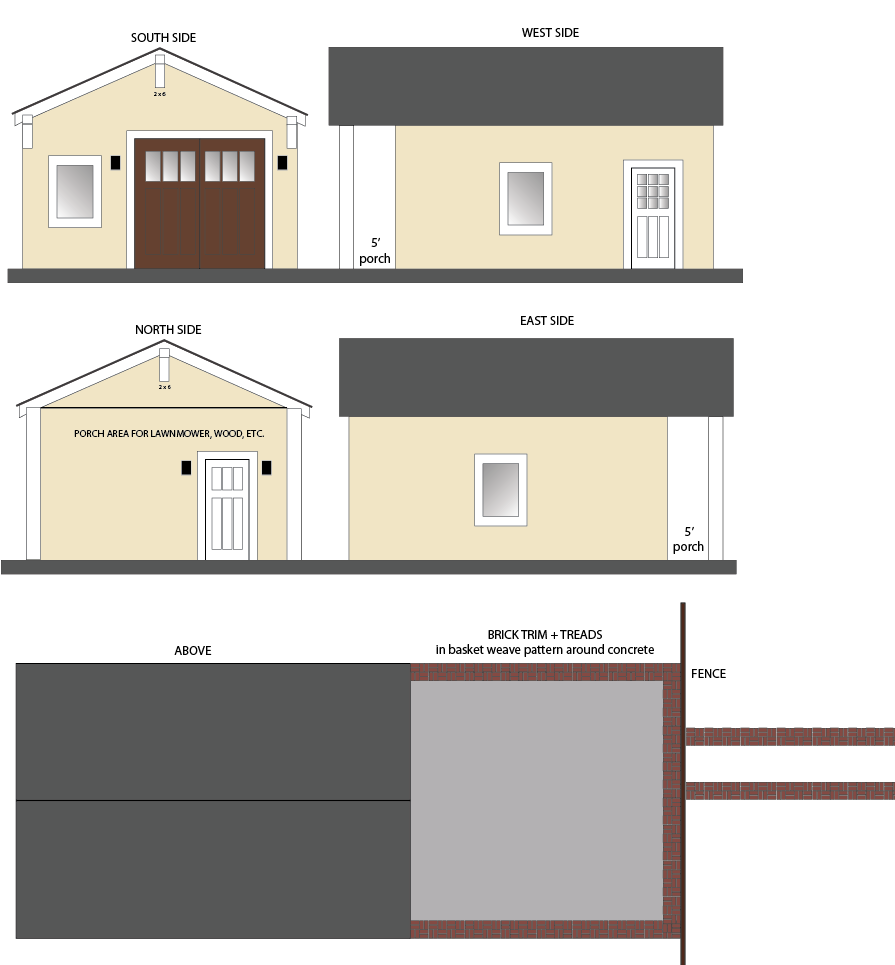