Skip to content
Save up to 35%Shop Spring Clearance
Free shippingOn all orders over $99
The Lantern HousePre-Order Now
After our annual pancake breakfast at Wakulla, we said goodbye and got on the 2 lane highways headed for St. Augustine. 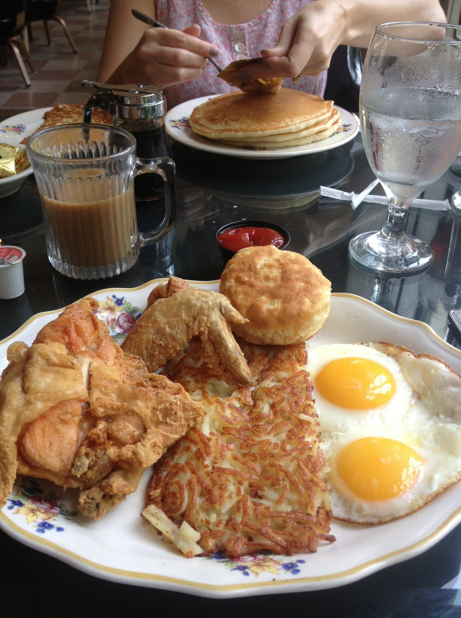 This man has sat in that spot every morning we’ve ever spent at Wakulla Springs and we’ve always sat at this same table. We noticed today that the servers were calling him “Mr. Gary,” and we noticed the “Mr. Gary Breakfast” on the menu… Turns out, he eats here every single morning, forever and always. Ben met him and Mr. Gary swore he remembered us. I doubt that. But I like him. 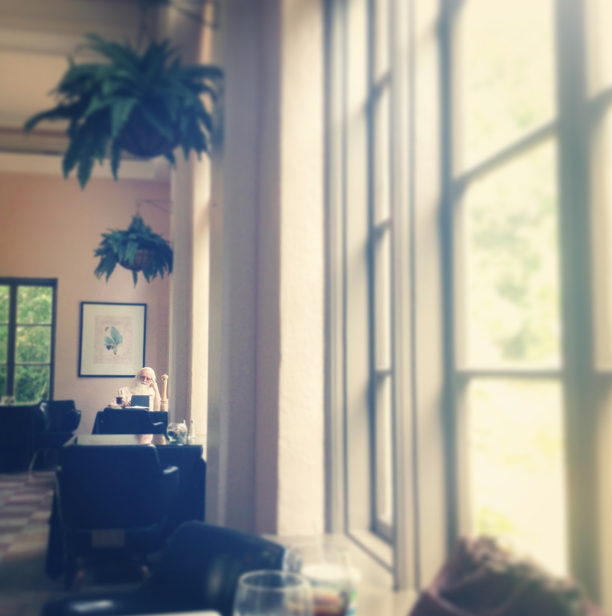 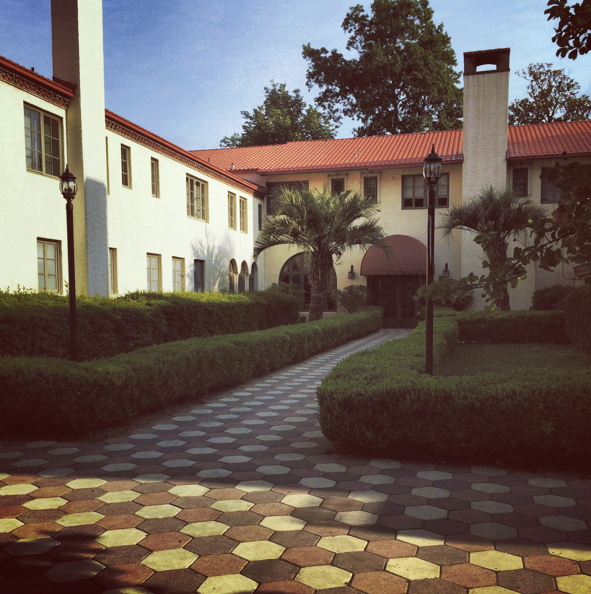 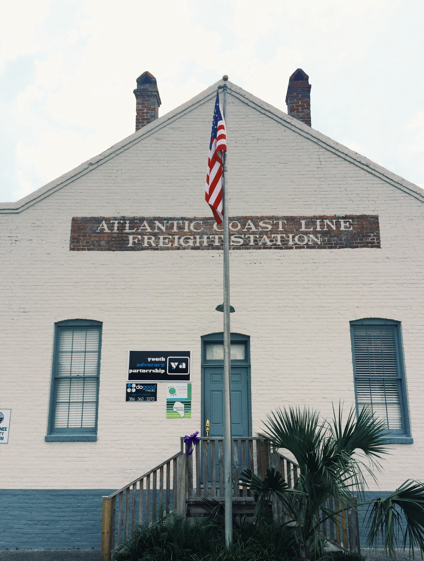 4 hours later, we found ourselves in our favorite place on earth—the oldest city in America. St. Augustine! We dropped our bags at the Bayfront Inn where we’ve stayed every summer. We always stay in the old part of the inn, Rodriguez House. Such an amazing little (secret) deal right on the bay in the heart of the historic downtown. 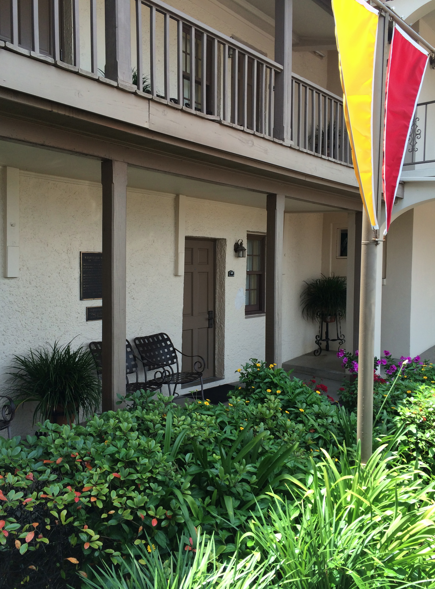 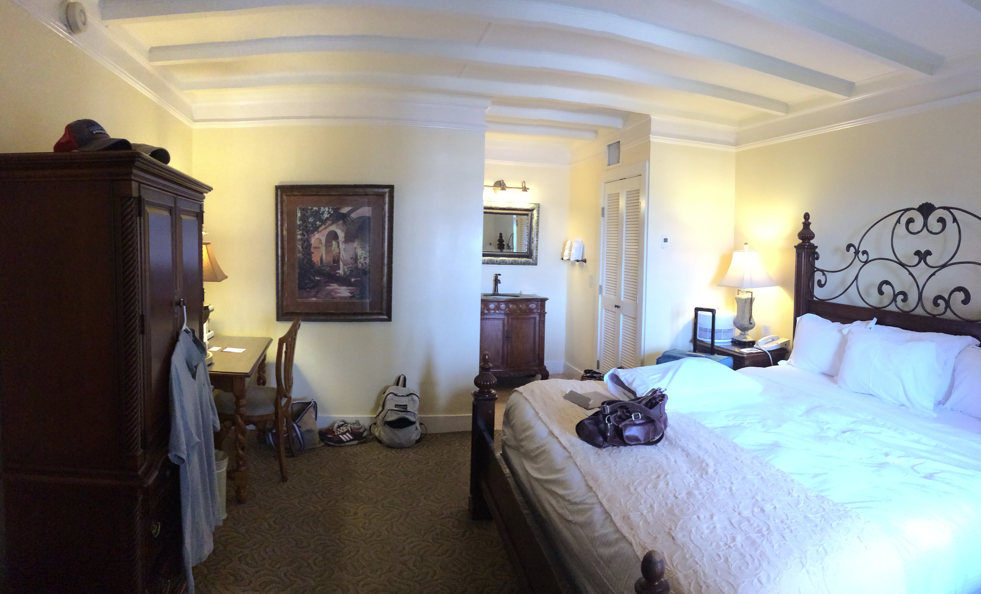 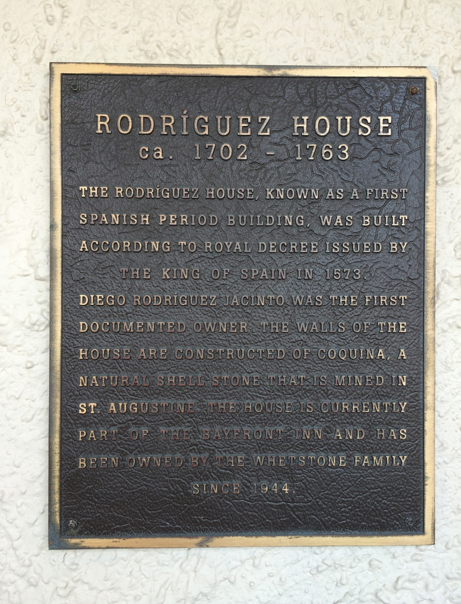 We hopped on our bikes and went to Flavors Eatery to share lunch, then just knocked around town, seeing what’s changed and what’s new since our last visit in 2012. 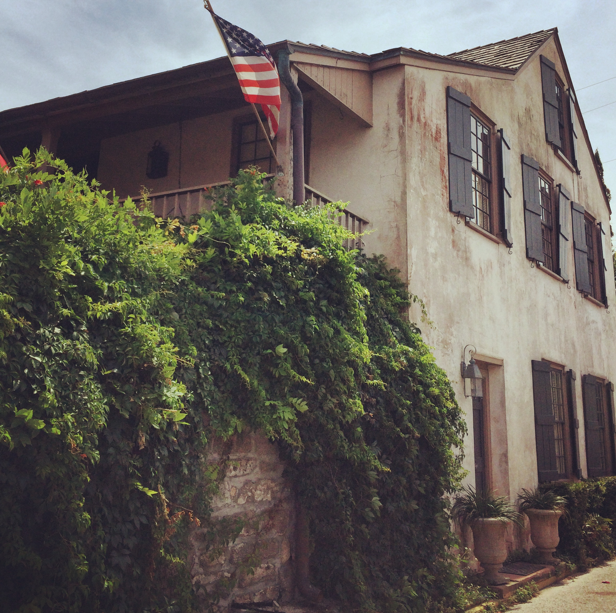 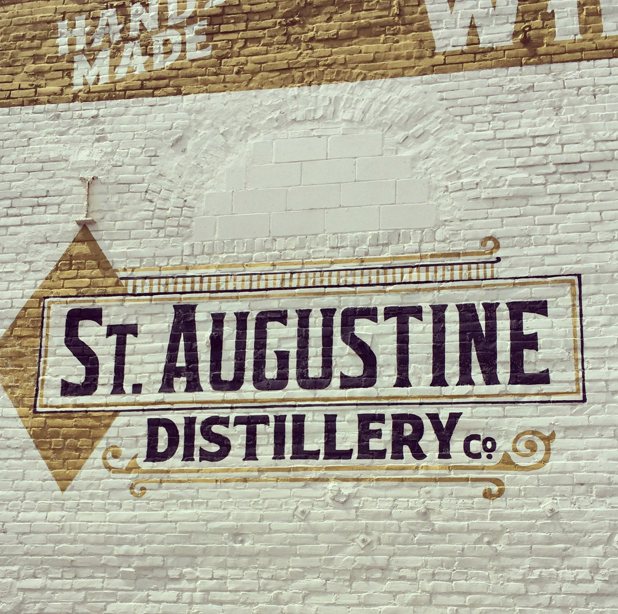 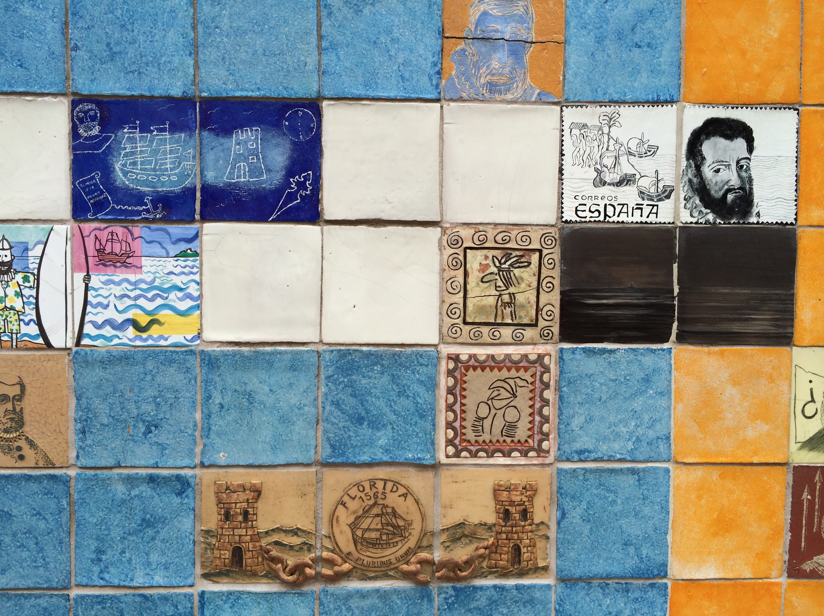 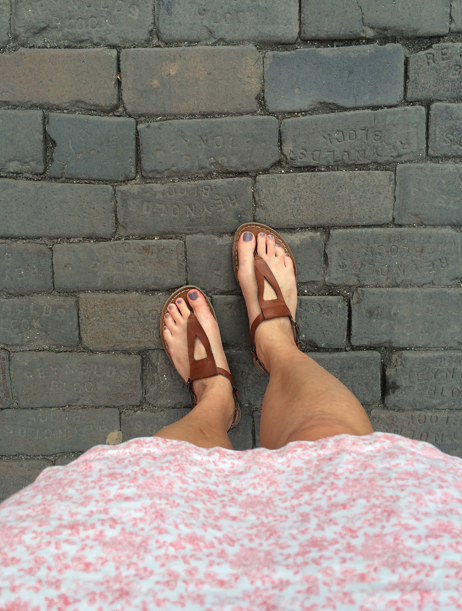 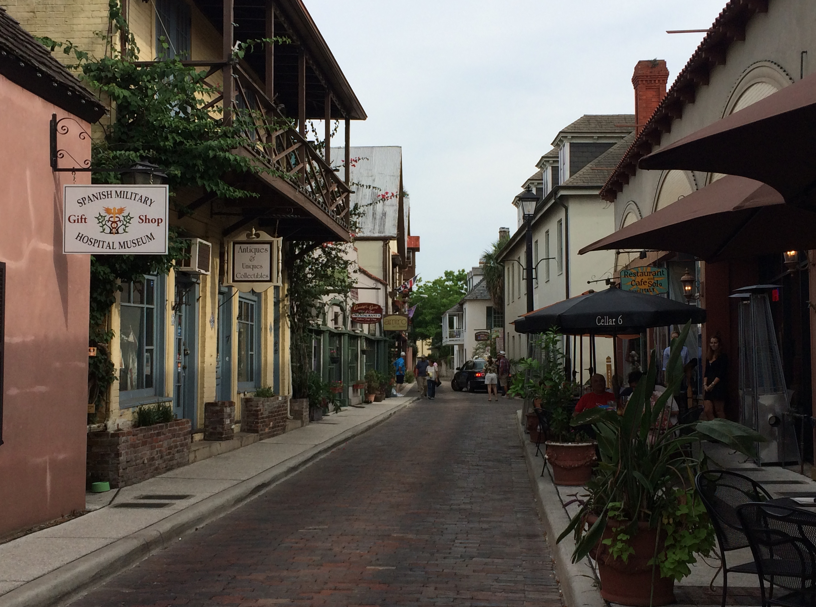 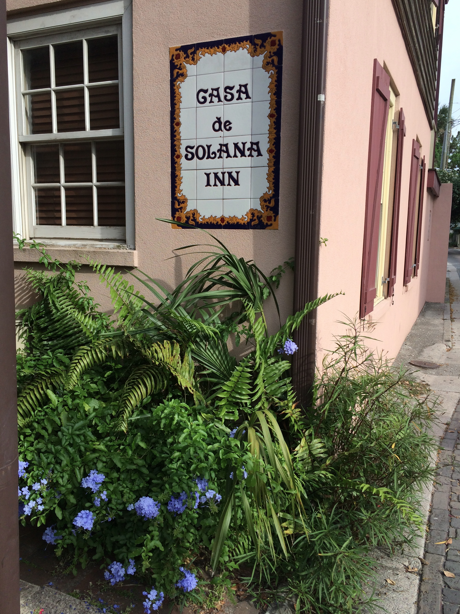 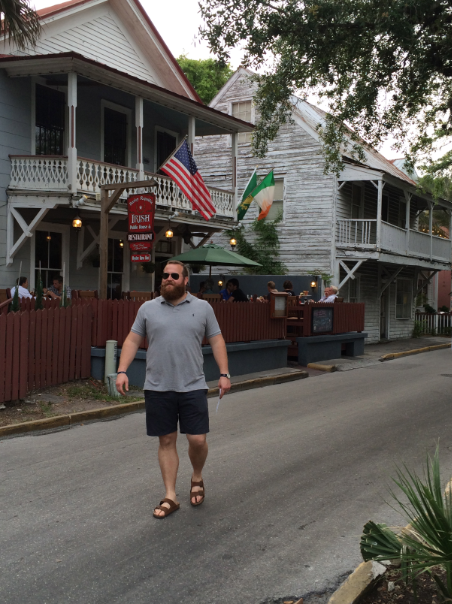 We passed a college student walking around town who saw Ben and yelled out, “THE MOUNTAIN! DUDE! YOU’RE ON GAME OF THRONES!” Ben didn’t think he was talking to him and kept walking. The kid came over to Ben to shake his hand and asked, “DUDE! HOW TALL ARE YOU?! ARE YOU THE MOUNTAIN? YOU’RE THE MOUNTAIN!” We didn’t know what that meant, and told him so. Apparently, he thought Ben was this person—but we’ve never seen Game of Thrones. I hope this is a good thing?
We stopped by Flagler College and passed by the art department, where I wistfully recalled being waitlisted by my first choice school in 11th grade, and fantasized about being in the art department for about 5 minutes. 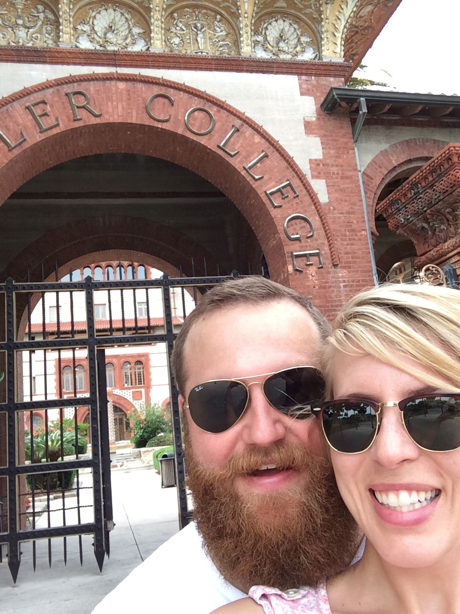 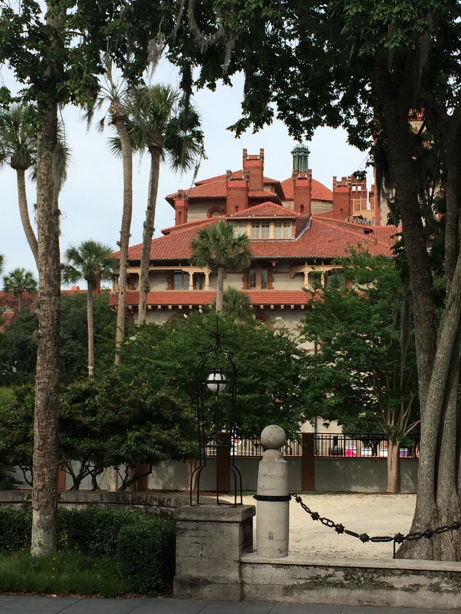 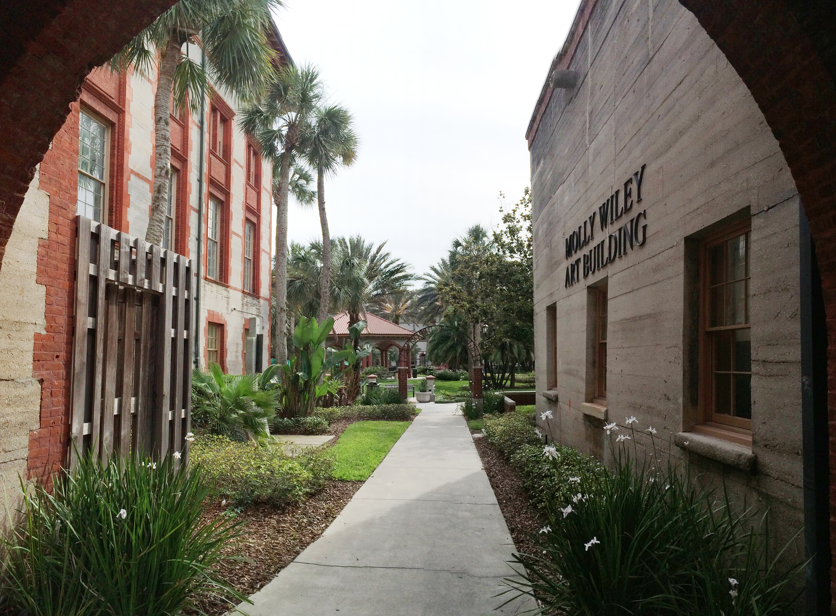 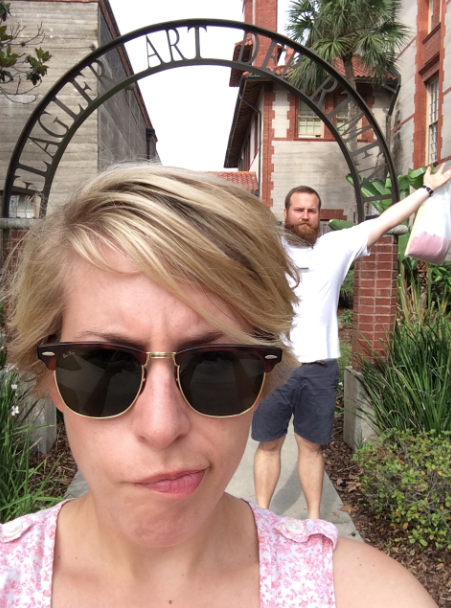 Before long it was dinnertime and we were at Columbia—our favorite restaurant in St. Augustine, where I finally ordered my long-awaited favorite meal—Pollo Manchego (I posted the yummy guesstimated recipe here a couple years ago). 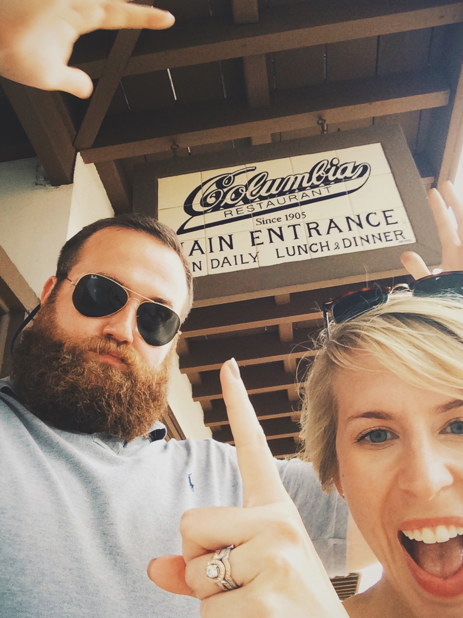 Ben made fast friends with the family at the next table, who photographed a ghost before dinner. She showed us the picture and everything. It was a bright green swoosh of light in the middle of a photo. Well, okay. If you say so. 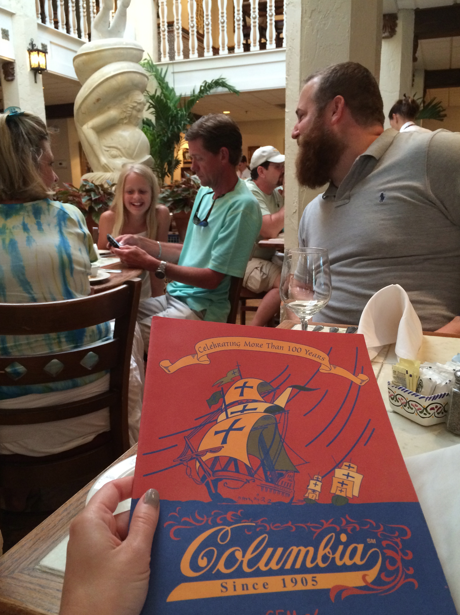 POLLO. MANCHEGO. The finest meal in the land. 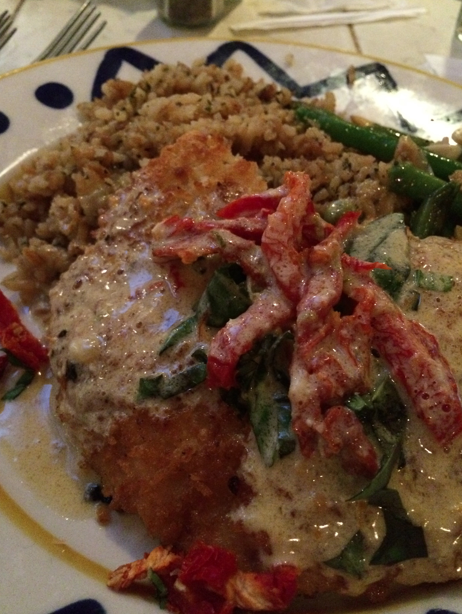 And with tired feet and full bellies, we walked back home to the Bayfront Inn. I don’t know what the plan is for tomorrow, but maybe some sand and saltwater? 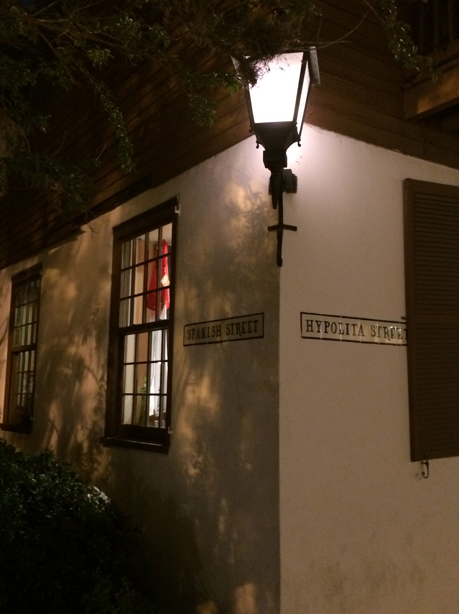