So in 2010 our group went with a redneck theme for the camp volleyball tournament, and Andy was the speaker then, too. He and Ben took some nice photos together at the time. 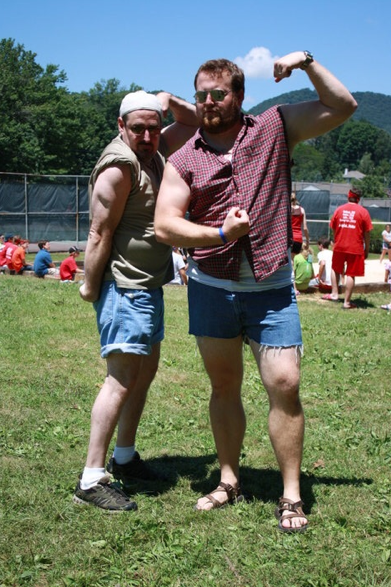 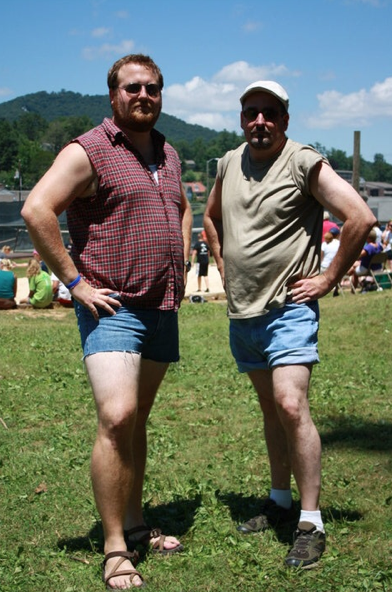 Which we dug up today after they lifted weights this morning during workshop hour. 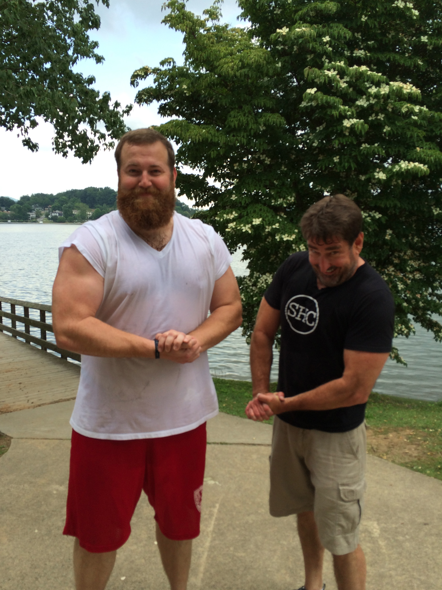 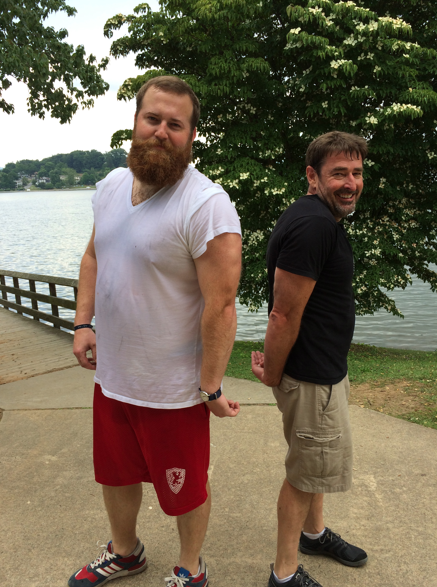 They call it a ‘before and after’ of sorts since they’ve both become substantially more fit since 2010.

I heard Andy say: “You need to get to the vet, man. Cause those puppies are SICK.” There might have also been a gun show joke. I can’t say for sure.

Afterward, we went to sliding rock in the pouring rain so they could get in an ice cold river via a 50 ft. natural waterslide. Sounds totally sensible. 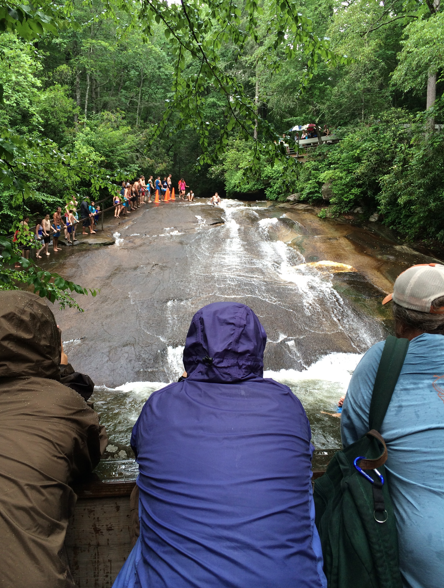 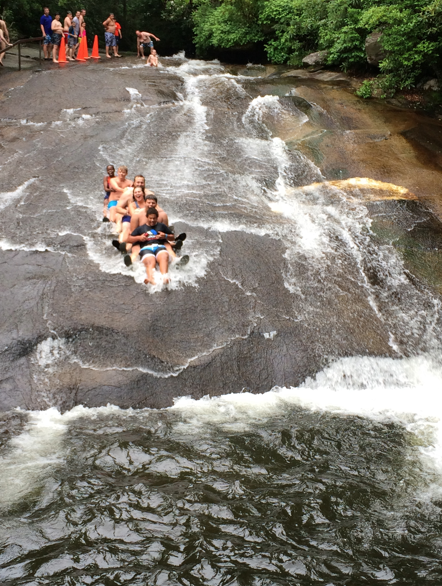 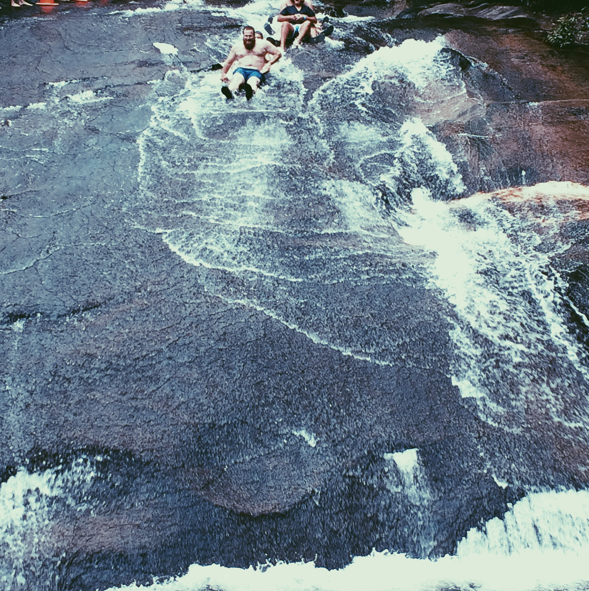 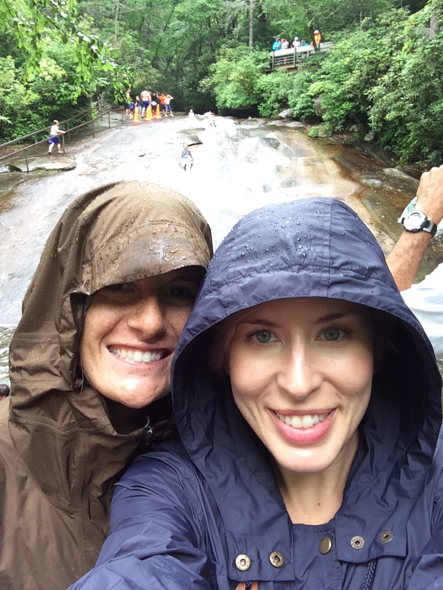 And while we were there, we saw a guy in an American flag Speedo.