Guys. Have y’all been watching the National Geographic 3 part series on the 1990s? 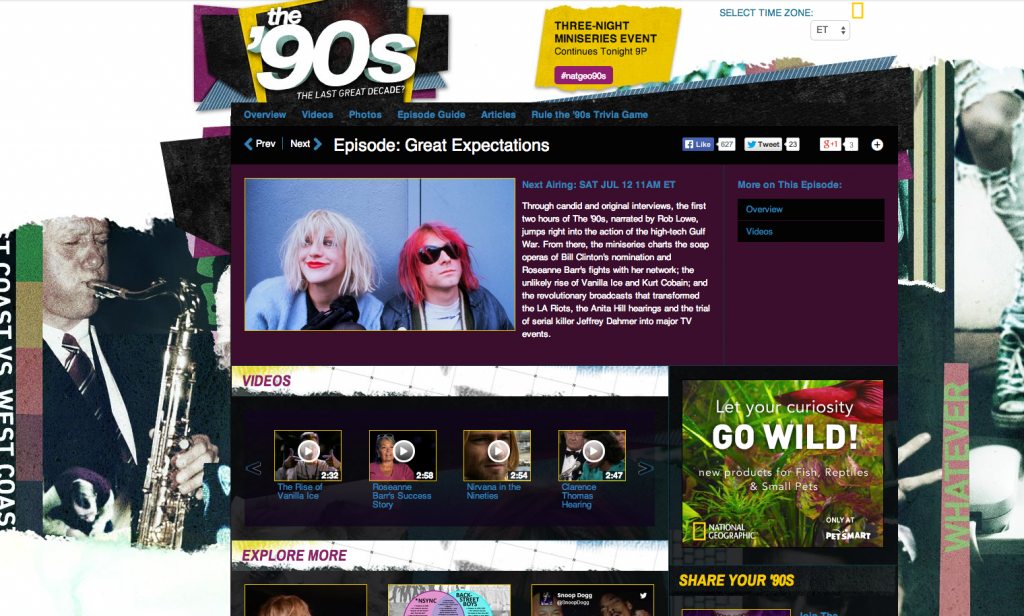 It was fascinating! Tonight was the final episode and it made my heart break watching the footage about Princess Diana’s car crash and Columbine. And I felt so happy for Apple when Steve Jobs released the iMac and saved the company from bankruptcy. I’m a little in love with the 90s—mostly because of the music I associate with the time. I learned so much I didn’t know about, too… I understood that Bill Clinton had the affair with the intern, but I was only 11 and I guess my parents did a good job not letting me understand much more than that. It was some racy stuff. Yikes.

Anyway, did you watch? Did you learn about something you forgot? The WTO riots? Never heard of em till tonight.