It was another early morning that started with filming a staged Laurel Main Street meeting at Lee’s, which, incidentally, was very much like an actual meeting—just abbreviated. I forgot to take a picture. Typical.

Next we went over to Ben and Josh’s work shop to film working on some new projects Ben is building down there where I sketched out an idea and he got to work making it come to life: 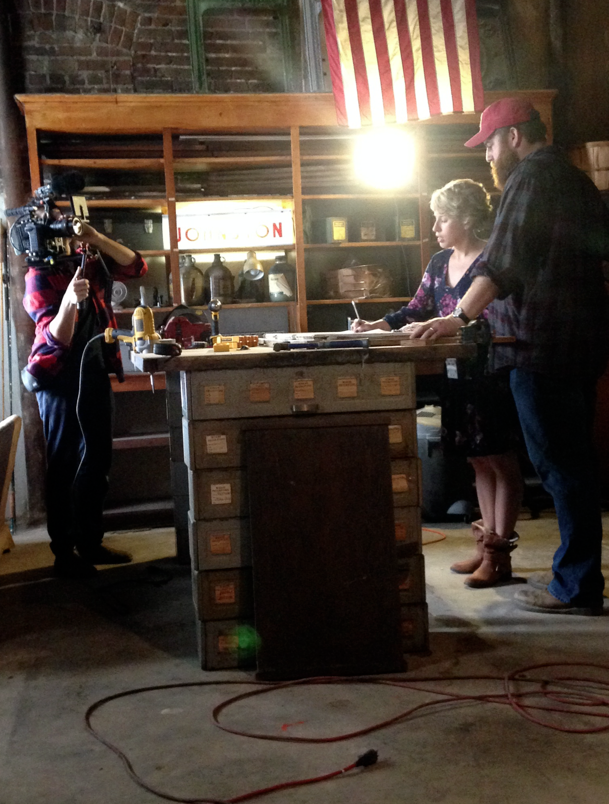 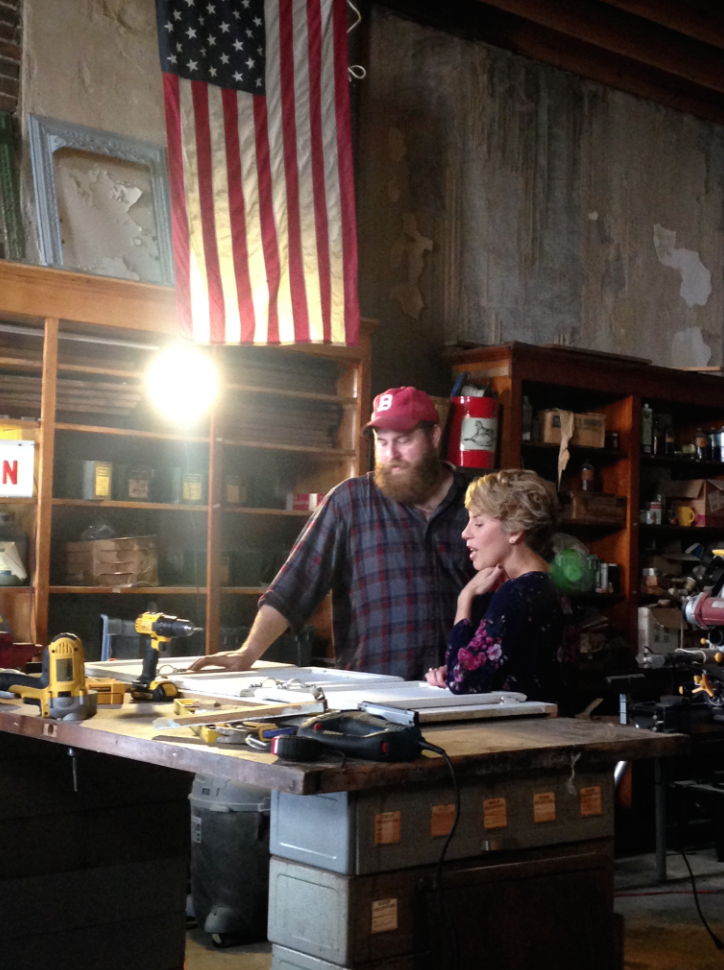 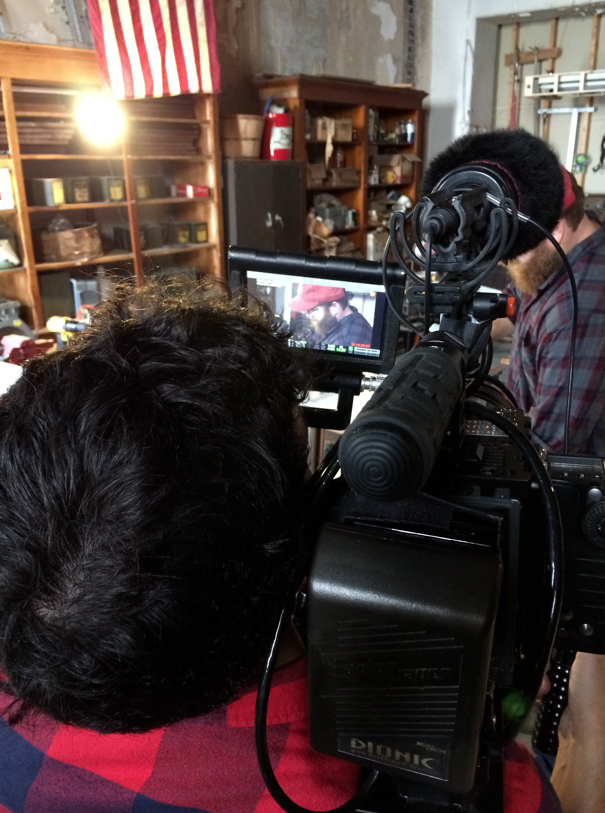 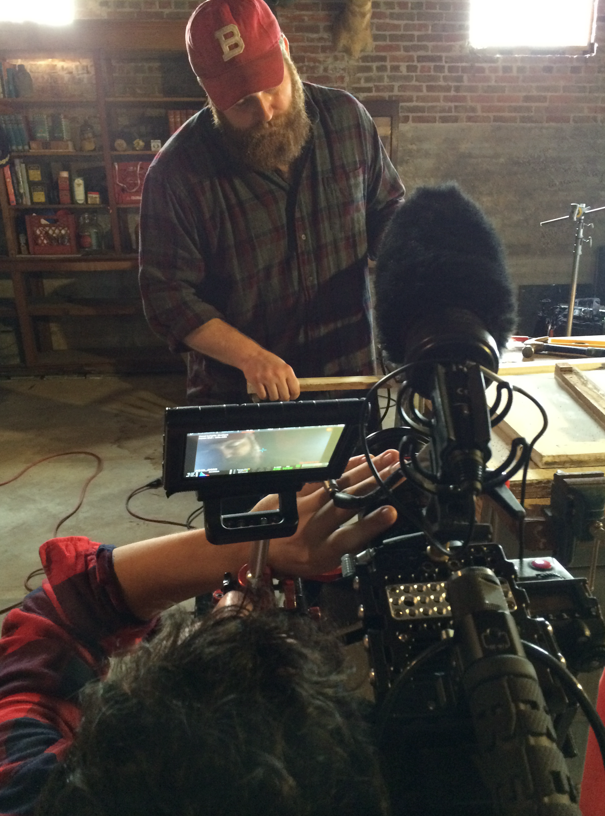 And mama and John Walker came to watch! 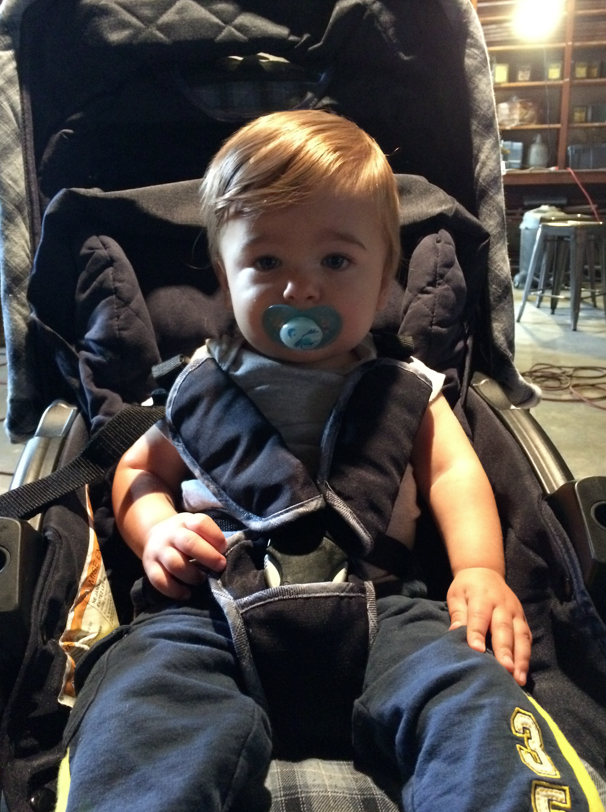 He sat there like a little grown man with his hands folded across his belly—watching closely the whole time. Just adorable is all.

Then we headed over to Lucky Luxe to film some scenes there, where someone showed up with a copy of the town newspaper. Where the filming was the headline on the front page: ‘TV Producers Visit Laurel for Series Pitch’… Which amused Paul to no end. 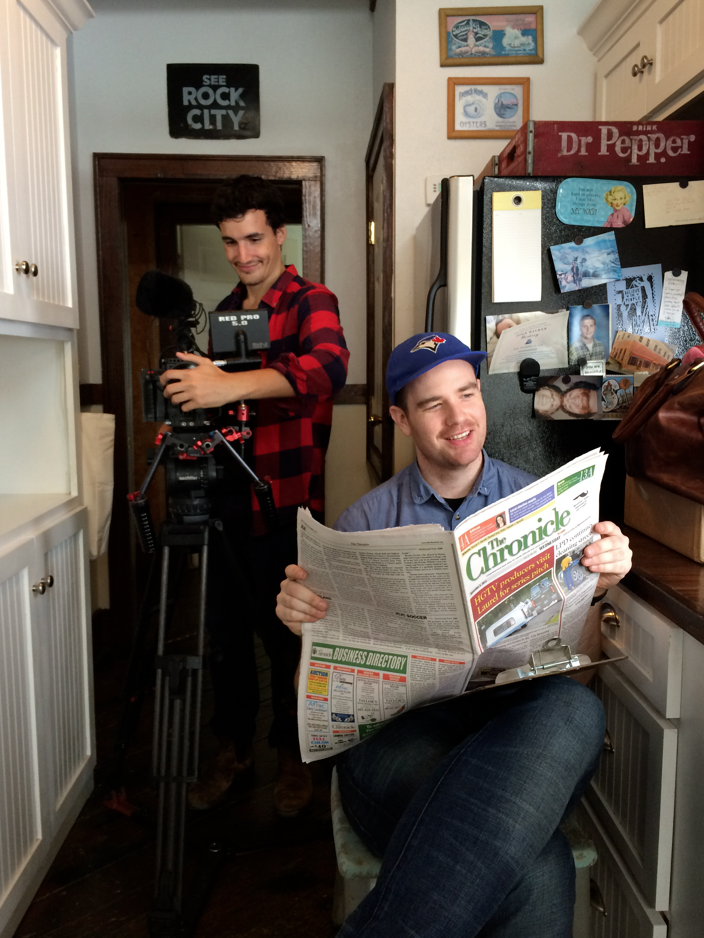 They filmed some scenes of me working on lettering and painting (and my tote from Camille got a cameo!) for my “hobby” scenes: 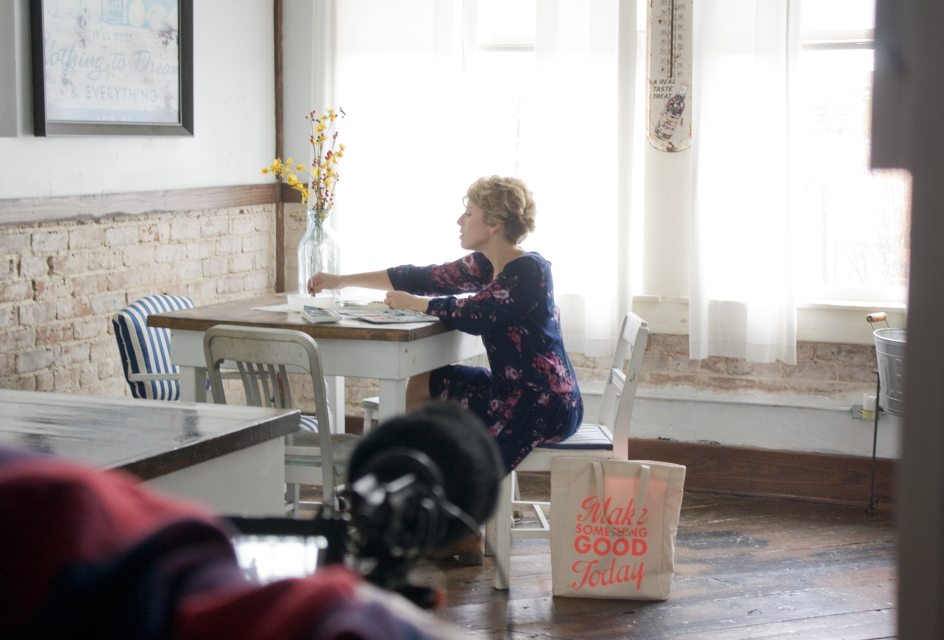 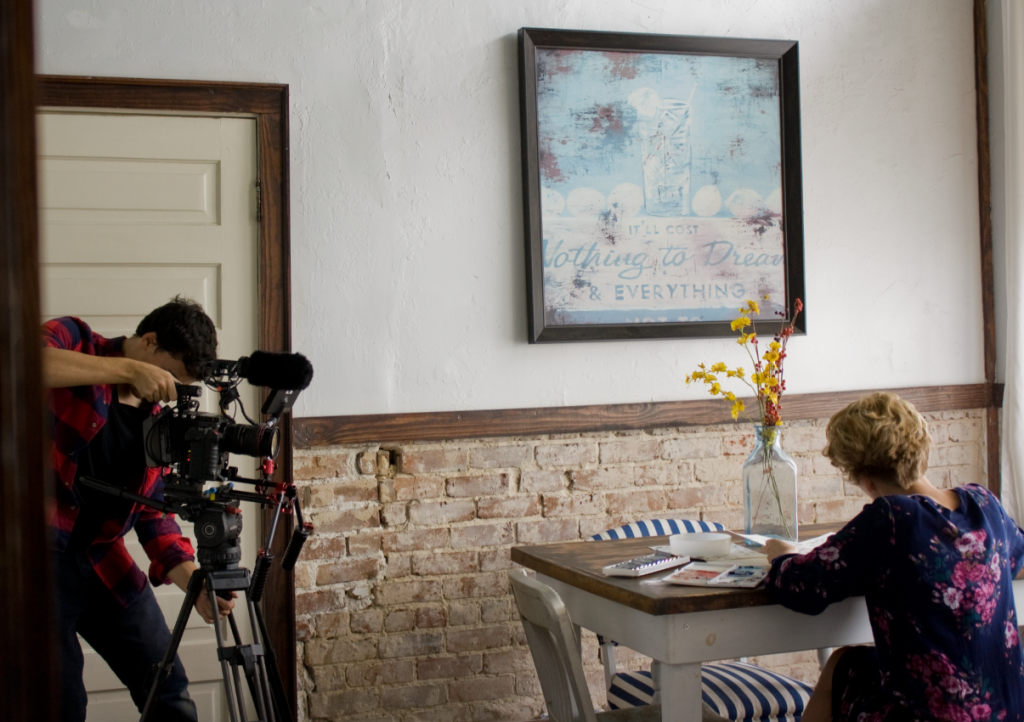 And then we went home for the majority of the day to film the interview. It was over 100 questions and lasted 3 hours, and I think I had some pretty dumb answers a lot of times, but we really tried to not overthink anything and to answer honestly and off the cuff. To be ourselves, for better or for worse. 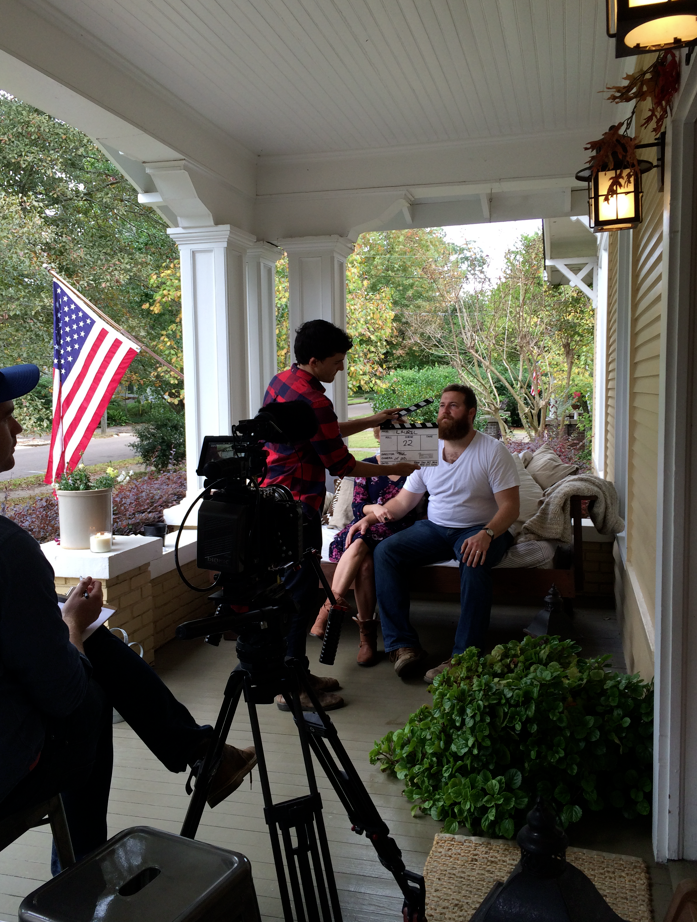 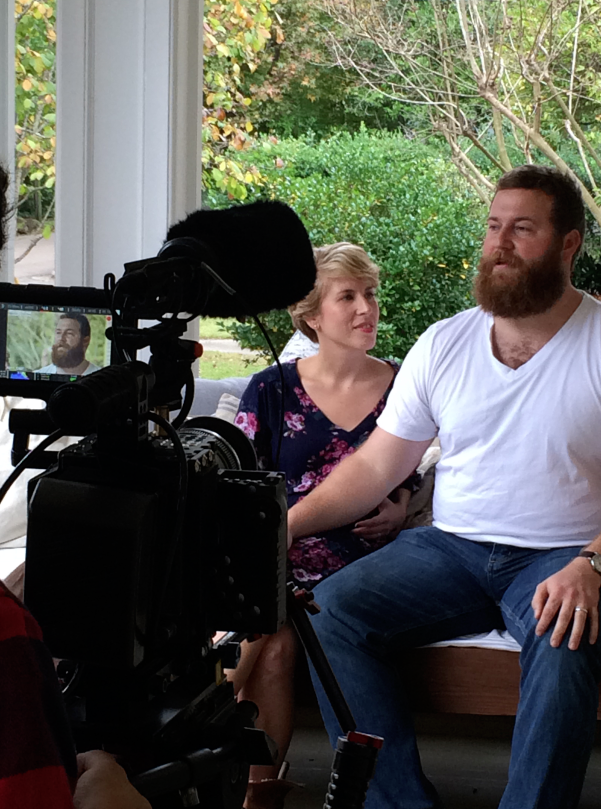 And then the very last thing, as the sun was sinking low, we finished up at our house and went over to Jim and Mal’s to film a dinner scene on their front porch. Except we didn’t have anything cooked so we grabbed random stuff out of her fridge and put it on plates to pretend (expired potato salad, deviled eggs, English muffins, fresh jalapeno peppers, and pieces from a rotiserrie chicken that was new about 3 days ago): 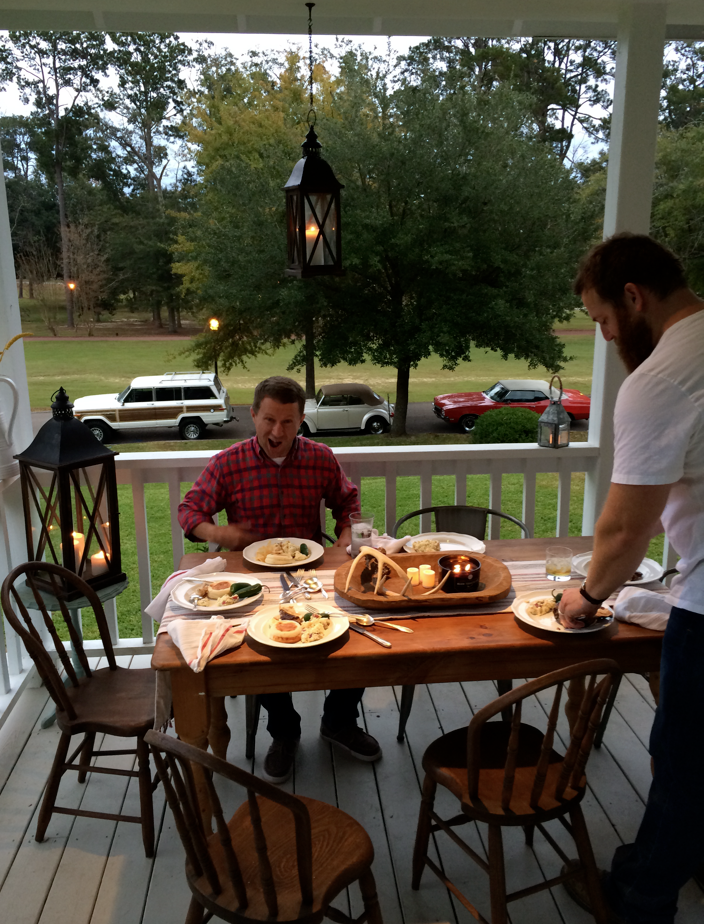 And hopefully, they will be none the wiser when they watch. Our amazing cinematographer, David, sent over a few screenshots from yesterday and today so we could see how great the film quality is. 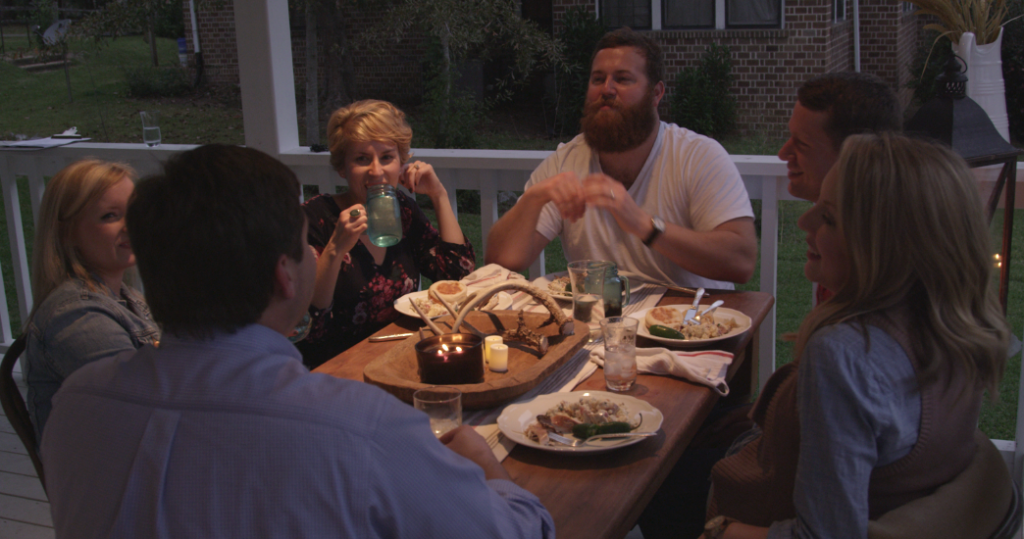 I can’t believe they’ve gone to so much trouble for us! 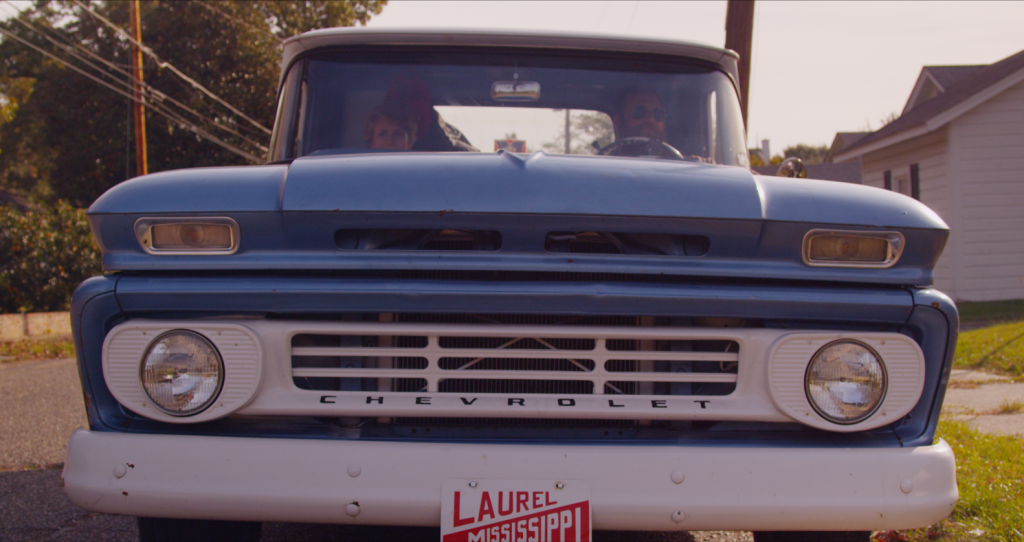 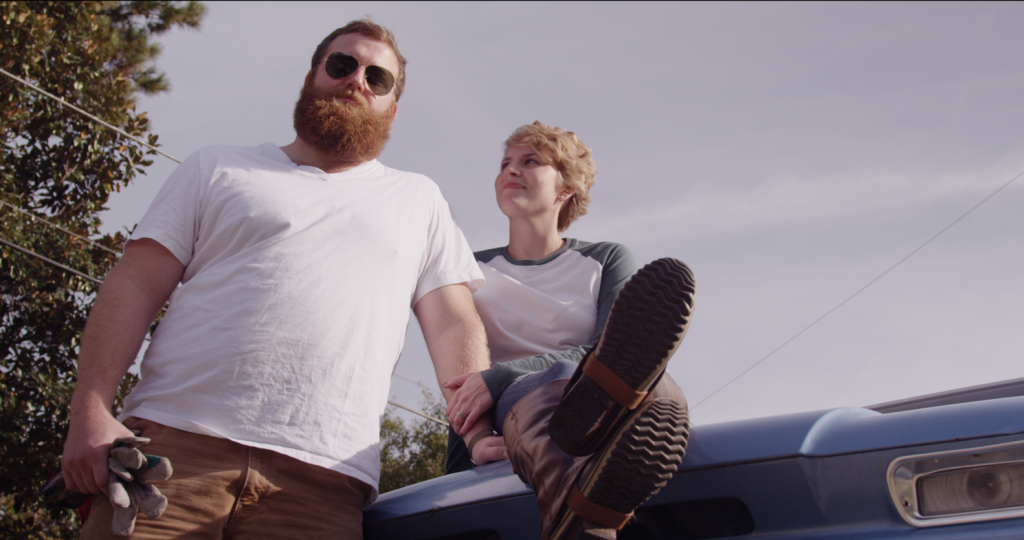 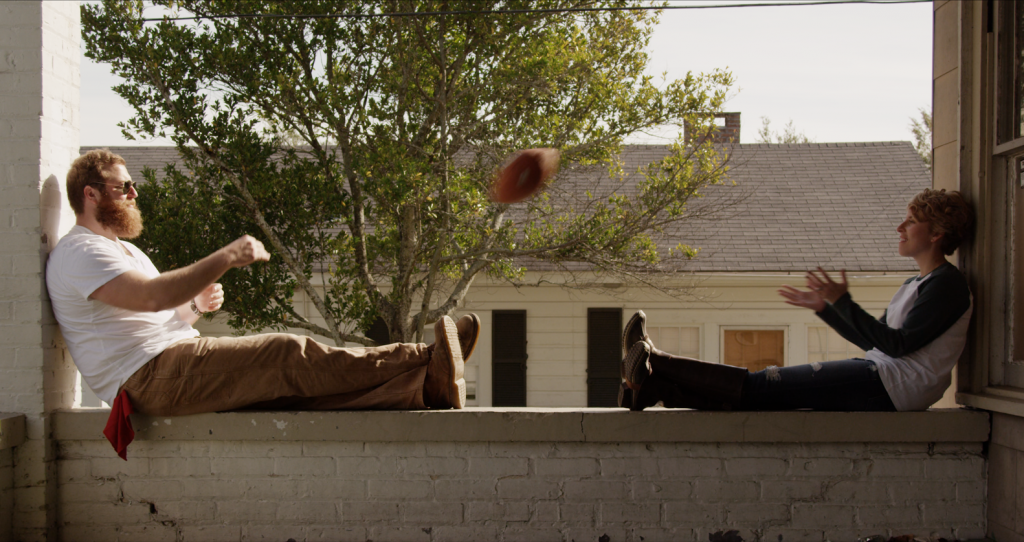 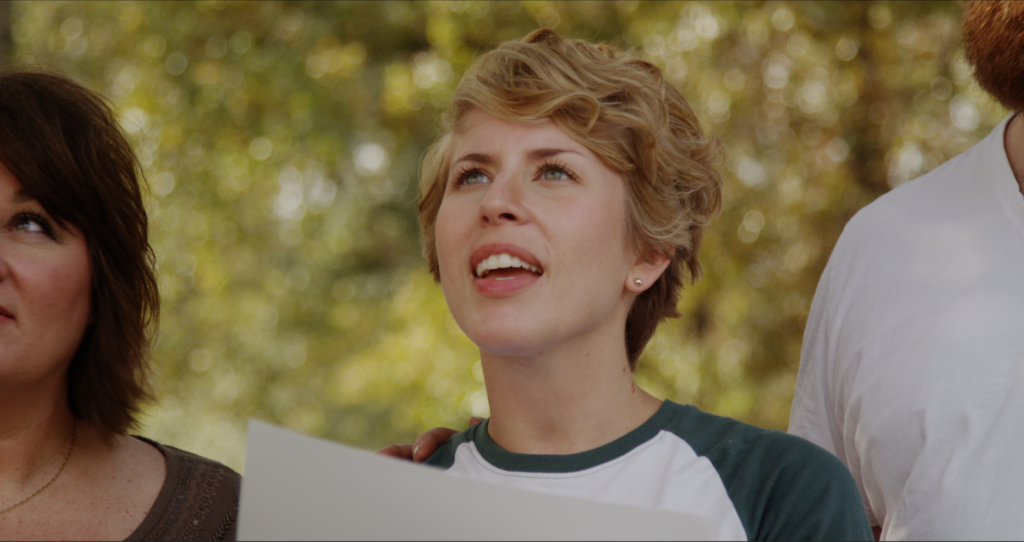 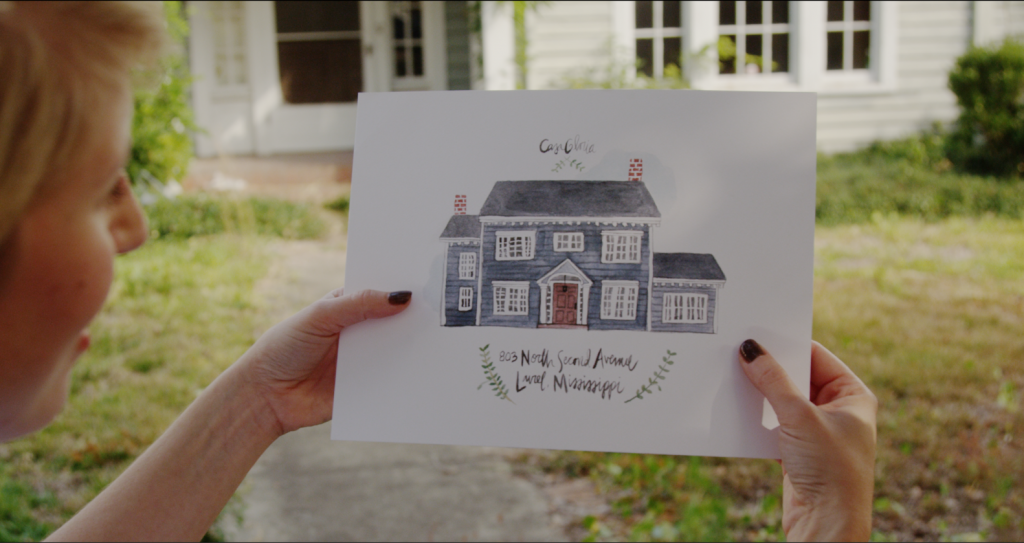 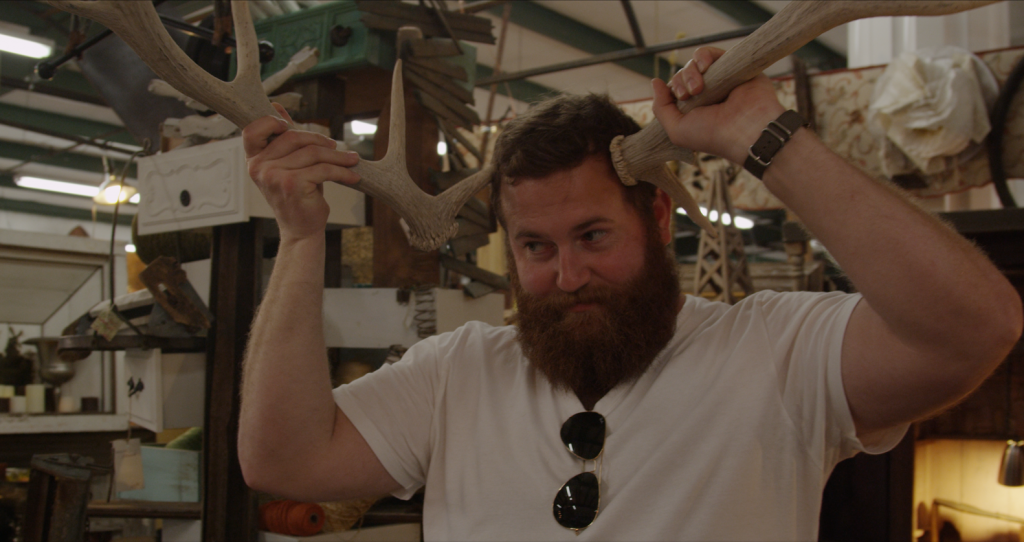 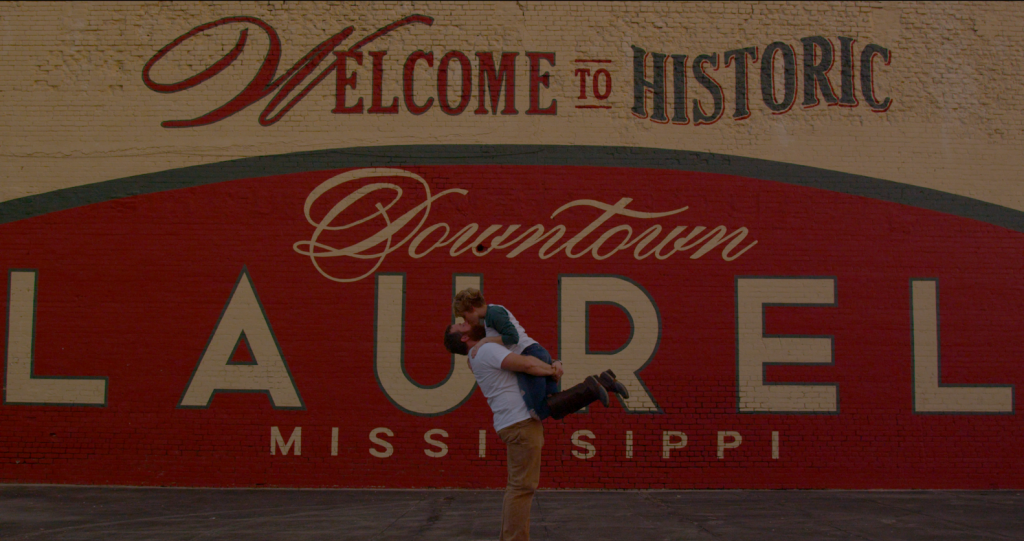 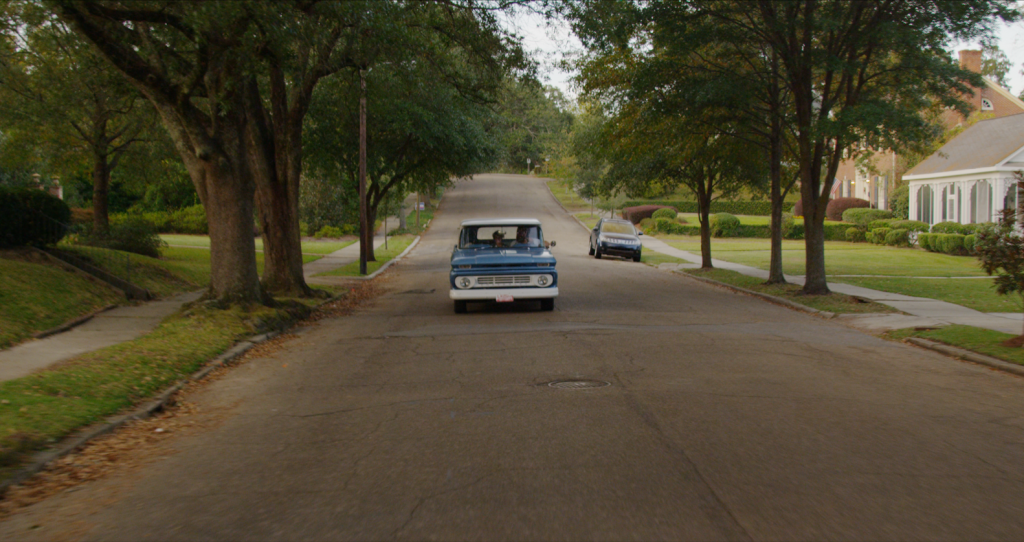 So anyway. Once filming was completely finished and the crew was gettting their gear packed up for the trip to the New Orleans airport, we offered to go for dinner at Cracker Barrel since:
1. It is our favorite.
2. We are celebrating with many many many calories.
3. It’s on the way to New Orleans.
4. Pancakes.
5. THEY HAVE NEVER HEARD OF CRACKER BARREL. 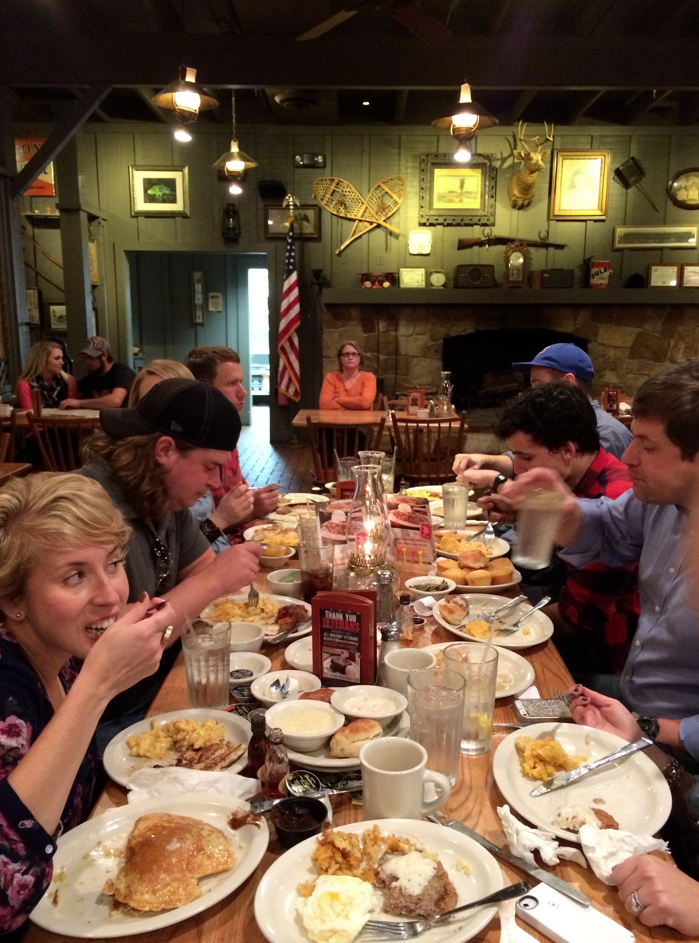 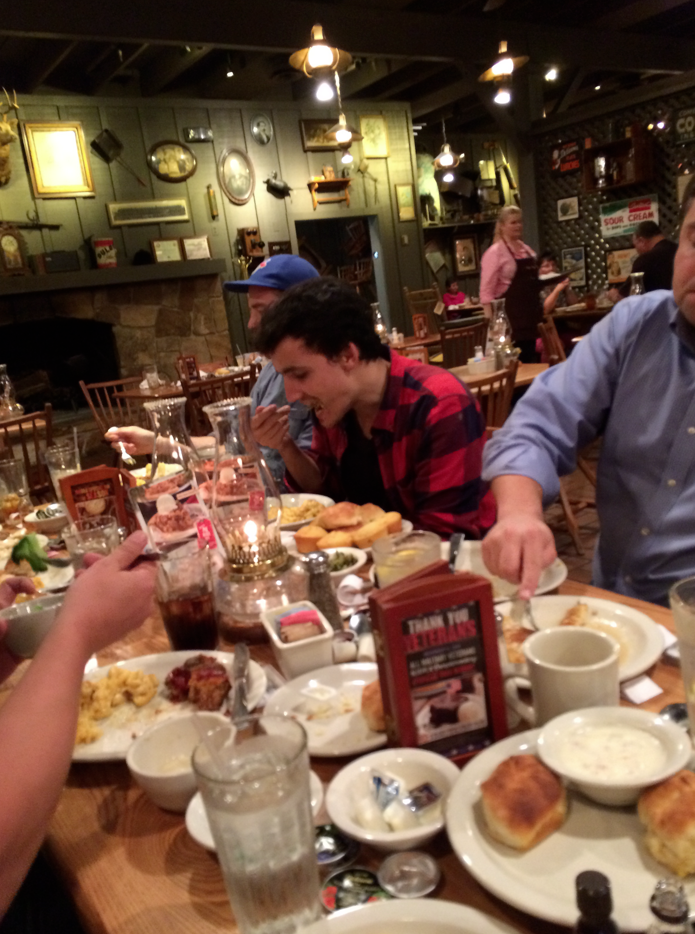 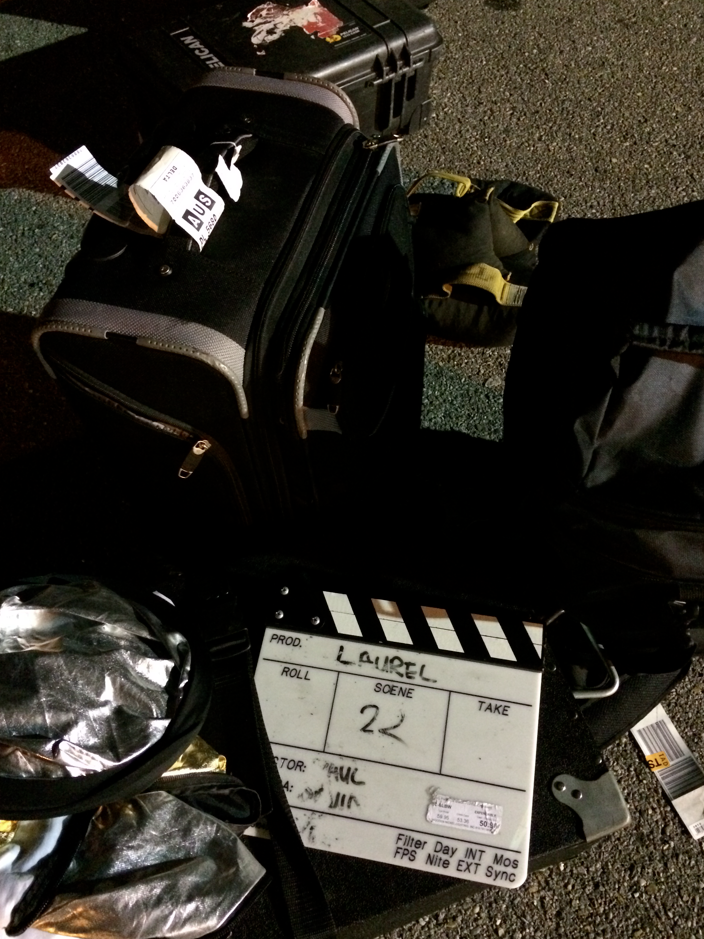