Today was surreal. I don’t think I have to even tell you that. Crazy week we’re having over here. And I thought I was tired yesterday, but this. This is post-wedding tired. Here’s what happened when a film crew came to town to make a pitch video of us, two renovation amateurs with big hearts and bigger ambitions, helping bring back Laurel and making it new via the old: 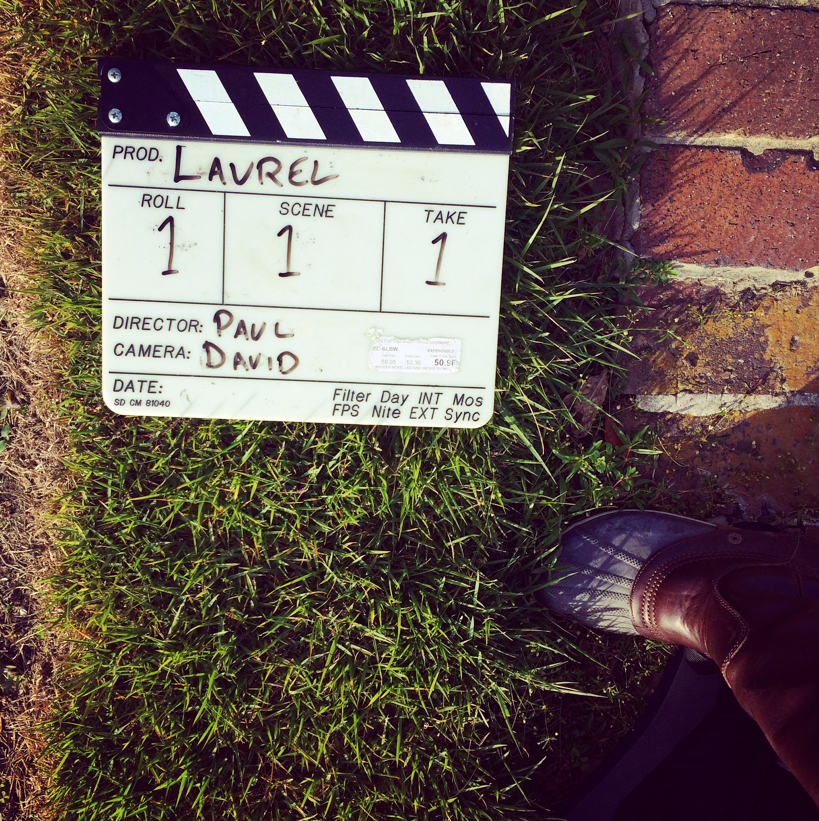 We each wore a wire all day! For sound mics. Not like the mob. 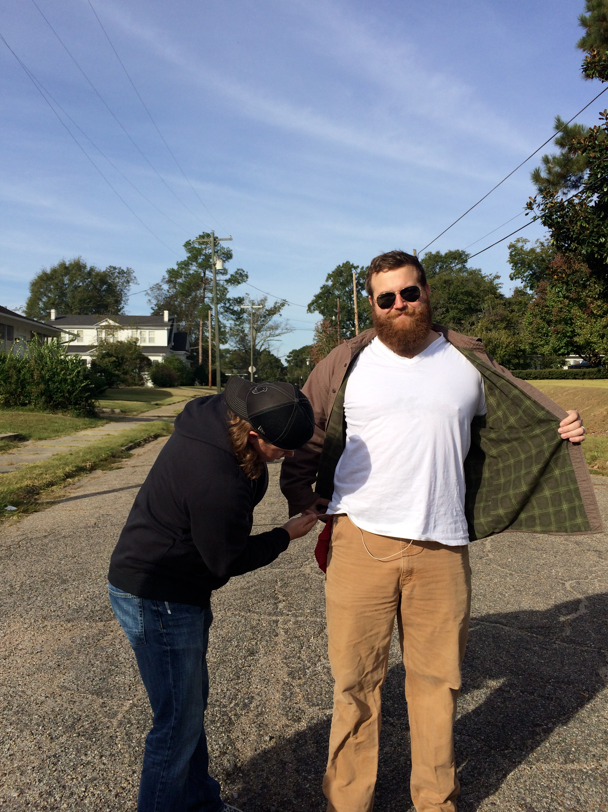 We did a little demo work (pulling out cabinets, ripping up linoleum, tearing down paneling) at a 1920s cottage in our neighborhood and they filmed us pulling up and checking out the outside: 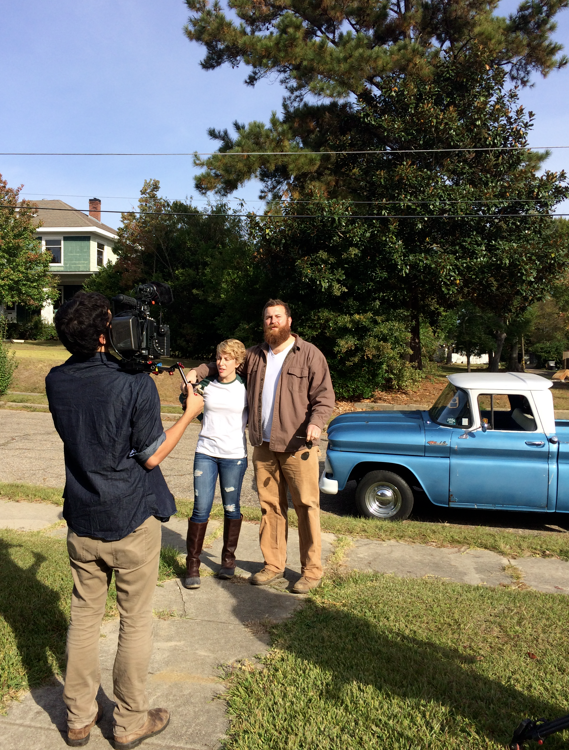 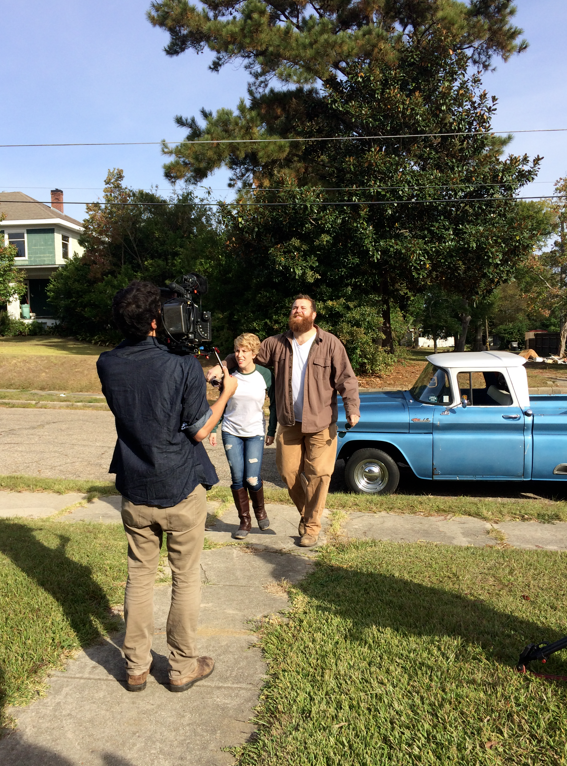 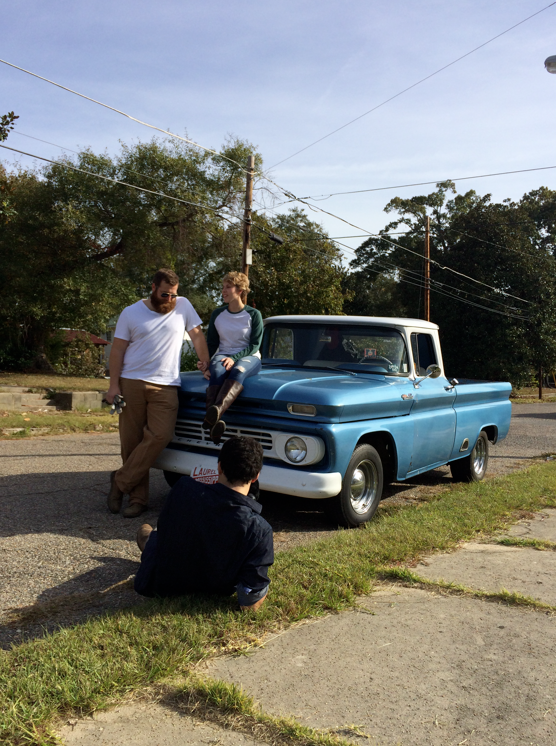 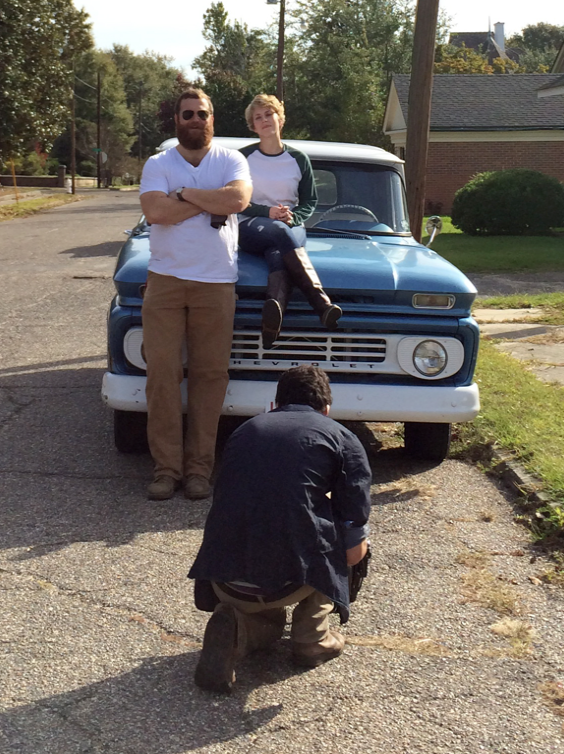 The bright and ambitious Lindsay has the 2-day gig of being the production assistant: 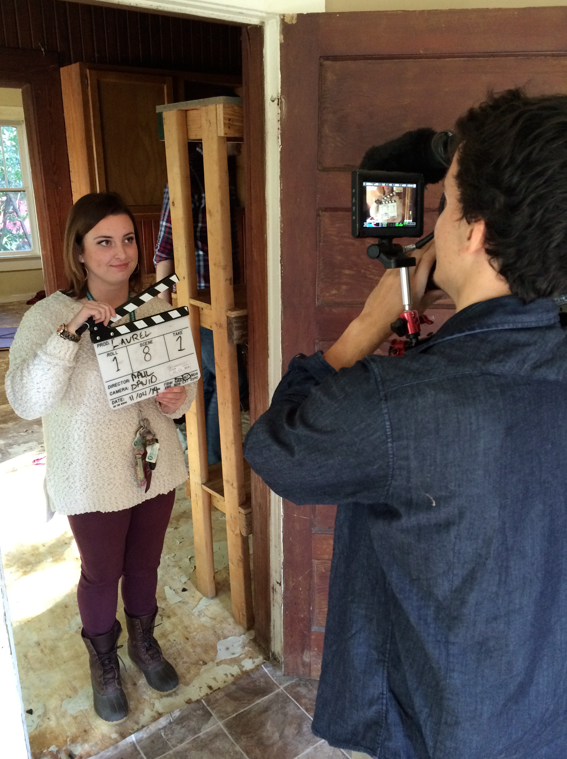 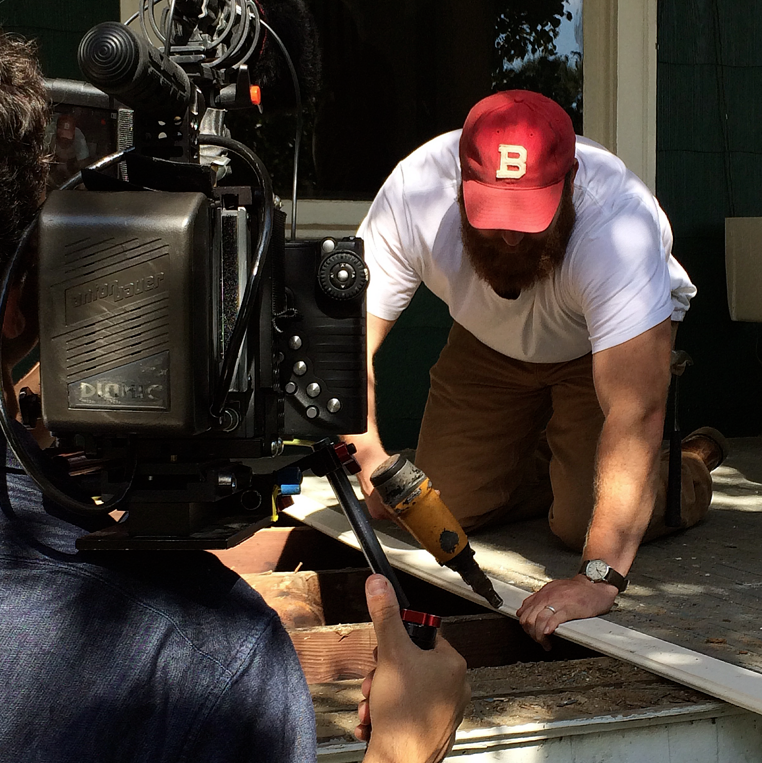 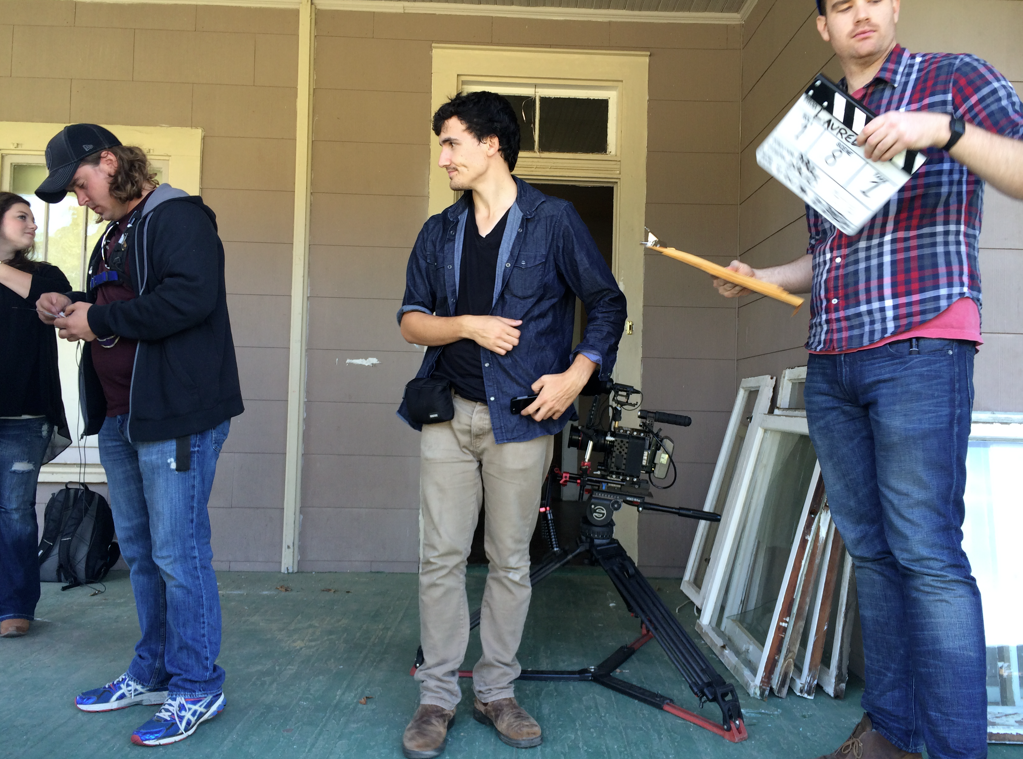 Soon, our friends Hope and Grant arrived so we could look at some old houses and talk about why they’re making the move to Laurel from Jackson, our state capitol. 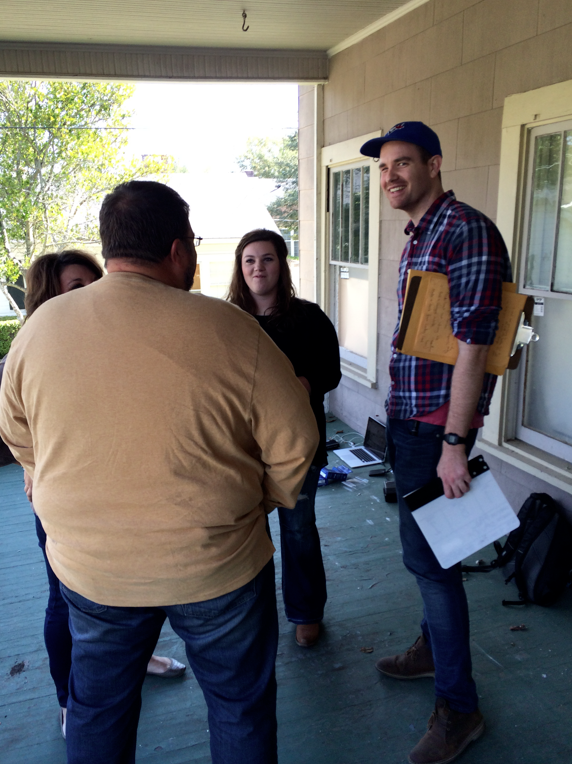 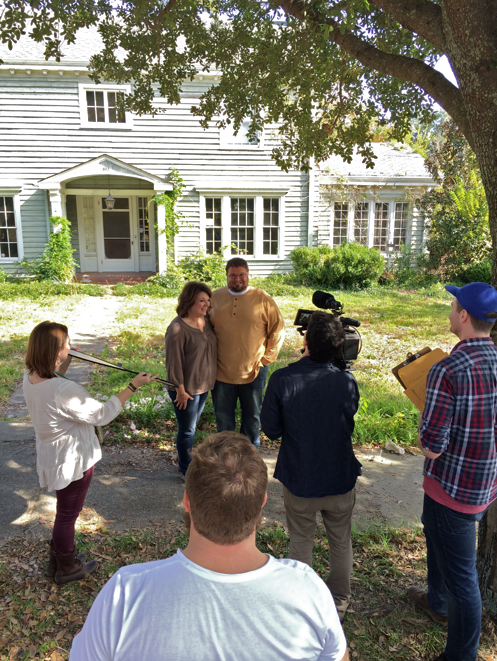 I showed them my idea for the exterior of this house with my painting. 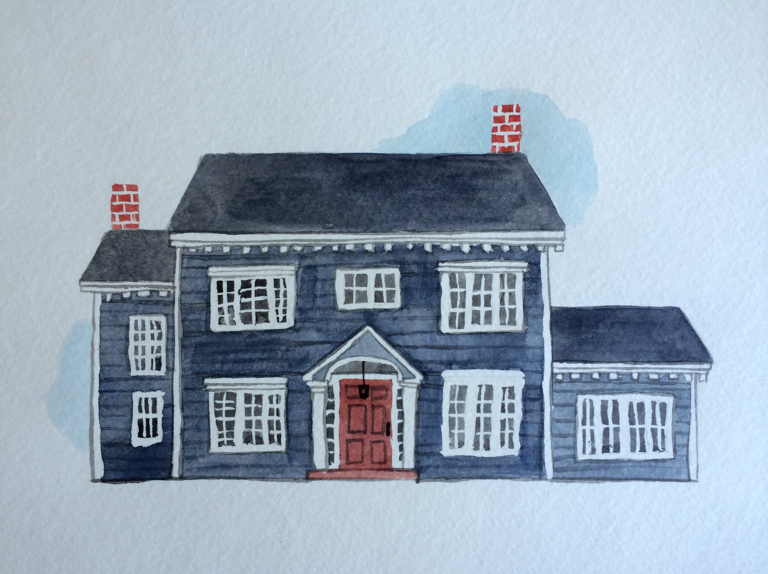 They acted surprised and pleased with that, and we filmed it. Like 10 times. That’s how it works with TV apparently—you have one spontaneous reaction to something, and then you repeat it about 4 times so the camera can film it from 4 angles and each person in the frame’s perspective. So think of that the next time you’re watching a reality TV show—that they said that like 5 times. It’s funny if you think about it.

We saw some wallpaper in the house that Grant hated and I LOVED. Because, UNICORNS! And it reminds me very much of a Wes Anderson movie. Do you love it too? 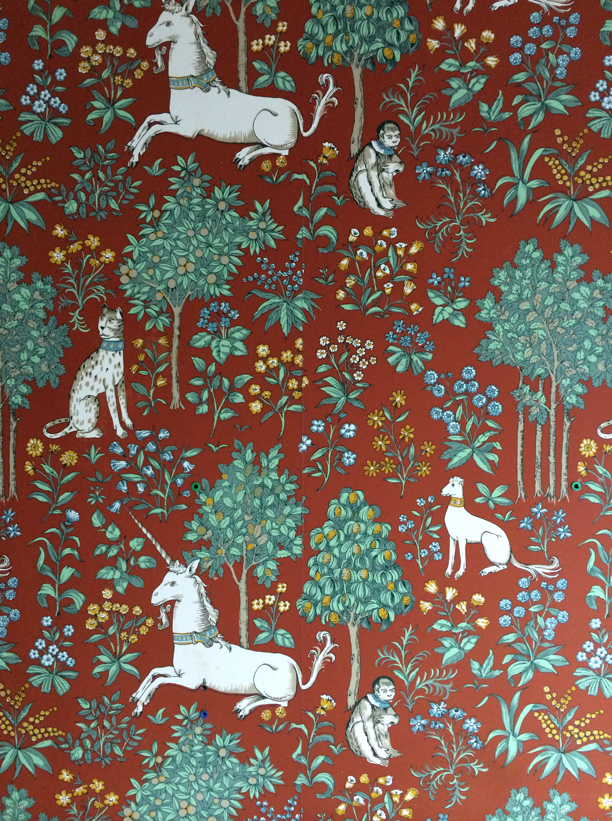 This is Paul, the producer with the film crew whom we’ve come to absolutely love via the marathon Skype interviews over the last few months. He almost didn’t get to fly down for it, but he did at the last minute and I’m so glad. He’s our buddy and the security blanket in this whole weird, wild process. Also, he’s way taller than Ben so. Woah. 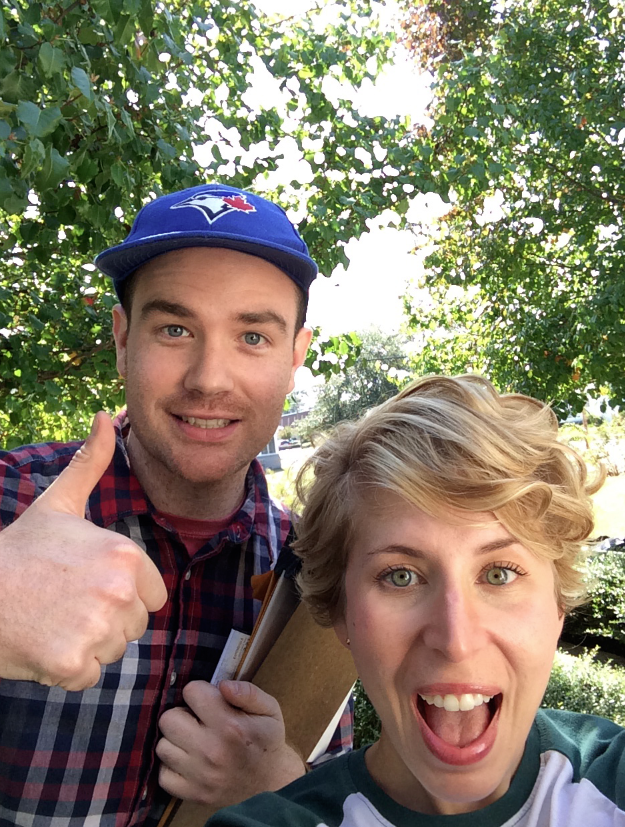 We took them for burgers at P.D.I. for lunch, then we were on to the Rusty Chandelier for filming scenes of Ben and I looking around the flea market for stuff we could use for either of the houses that would be personal and perfect for that style. Mrs. Tana, the owner, is hostess of the year—she made amazing homemade pimiento and cheese sandwiches, and served little pecan pies, petit fours, Coca Colas, and maple leaf shaped cookies. We took a little break: 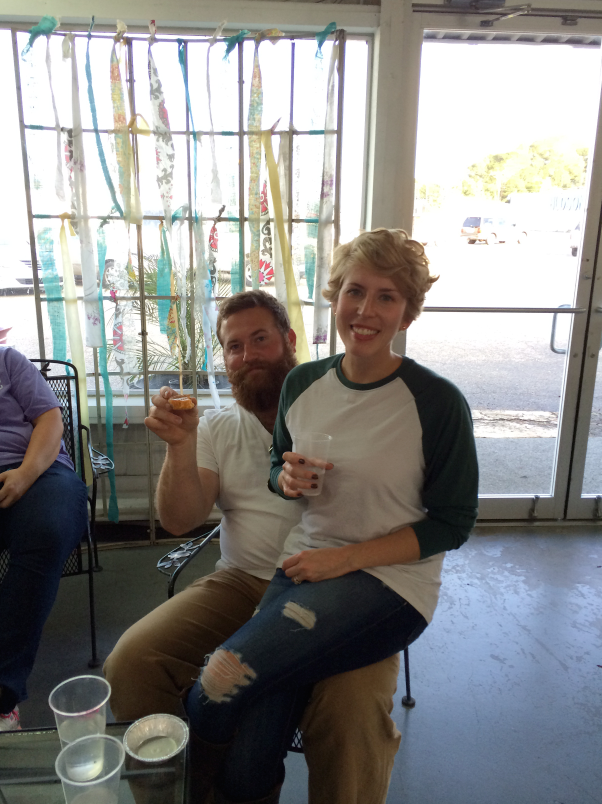 We all took a photo with the crew: 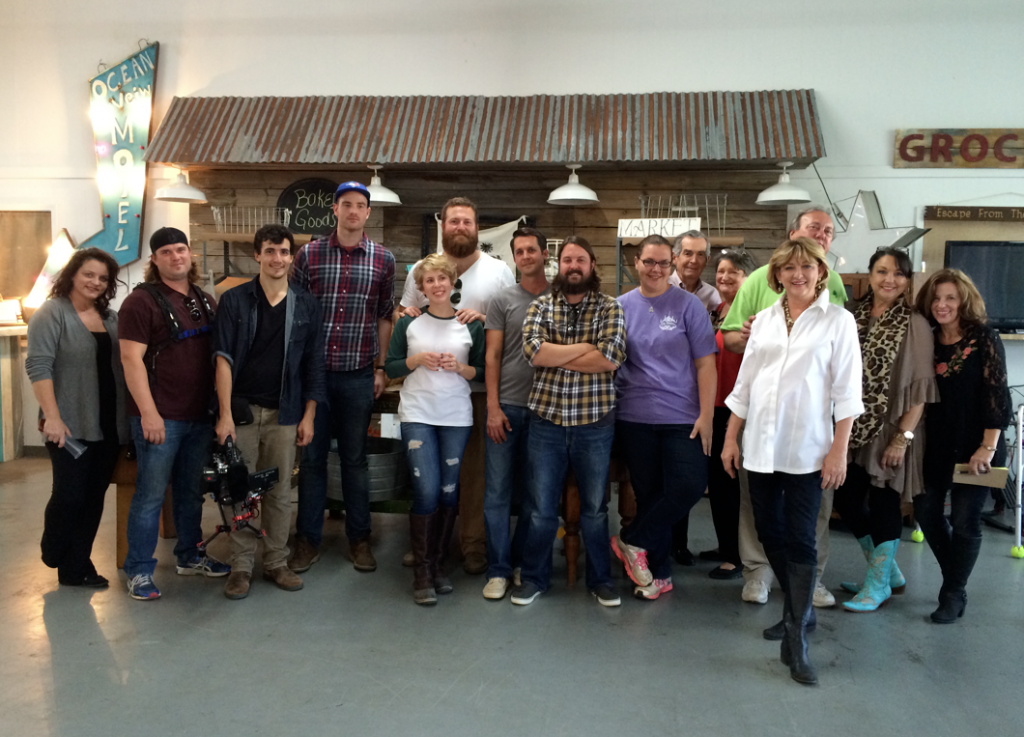 Then we rode around with them as they got some scenic shots of our neighborhood and downtown: 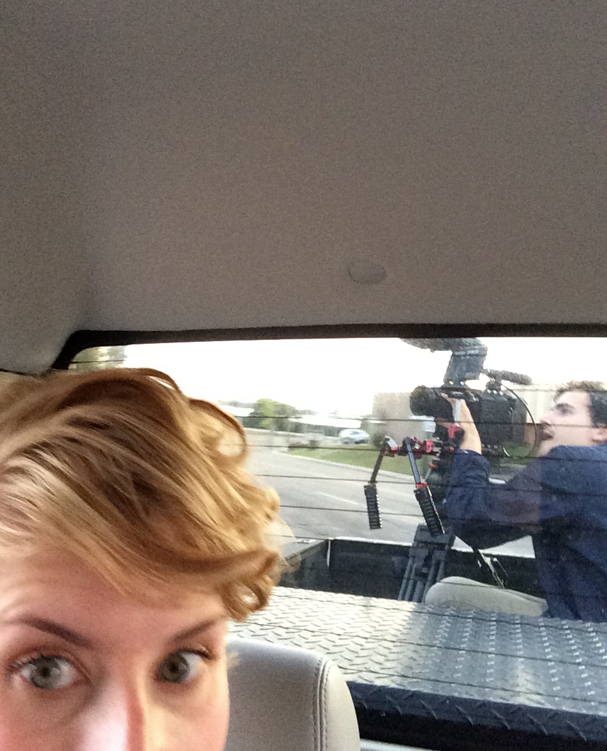 And we finished at twilight with some scenes of Ben and I flirting with each other in front of my Laurel mural. 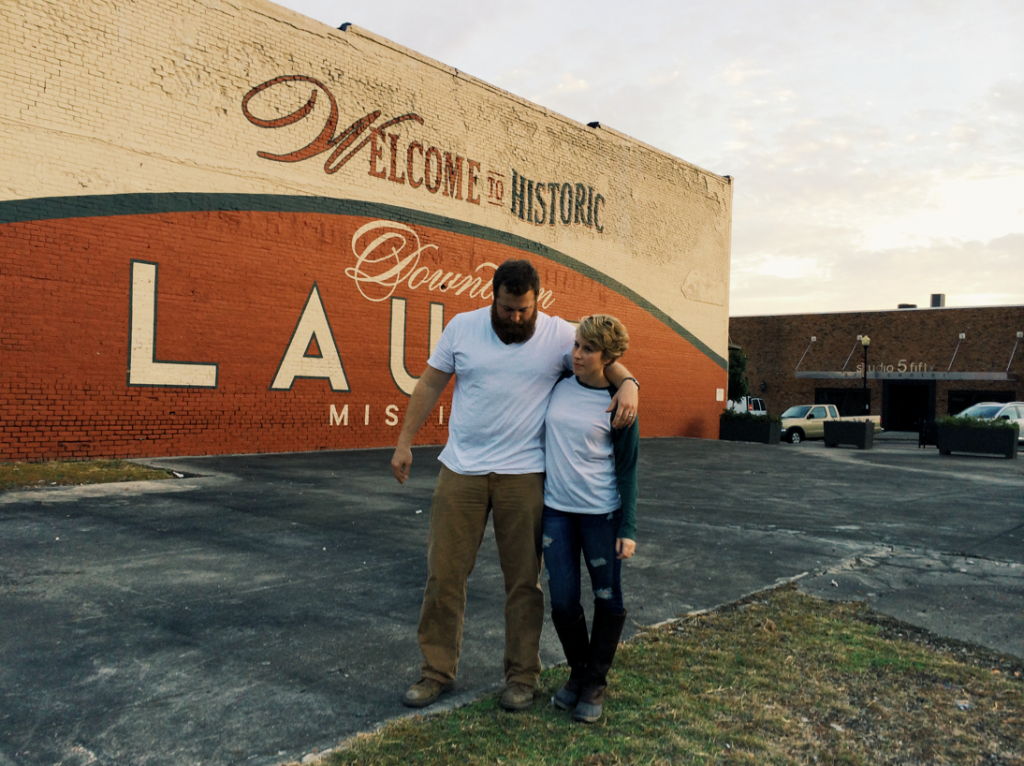 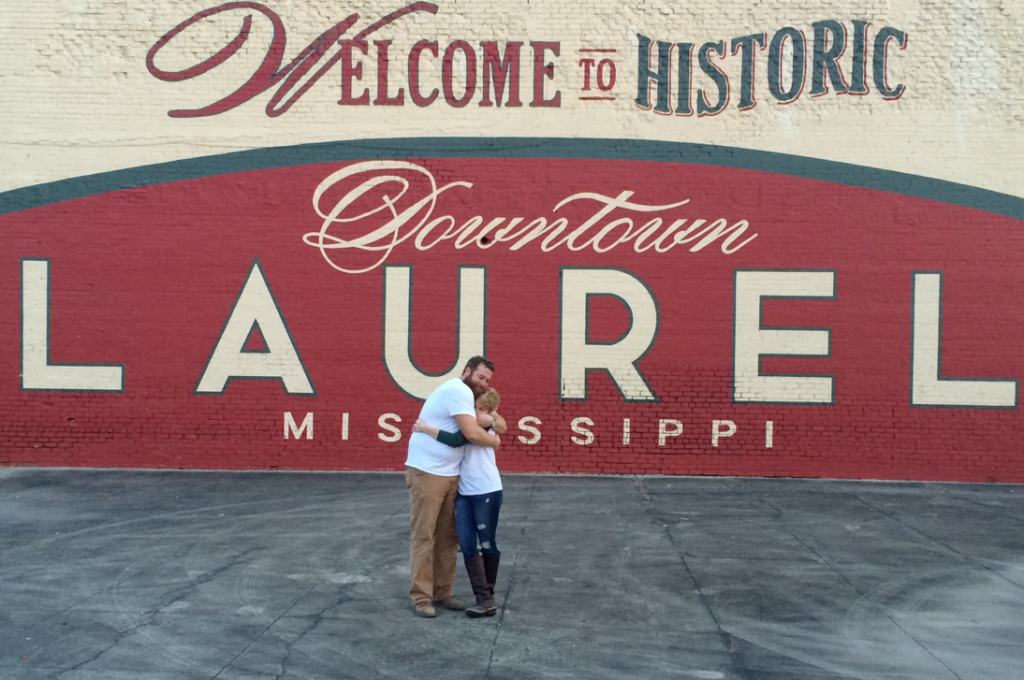 It was one of those great days you remember your whole life. And I’m so thankful for a place to document that for some rainy day. 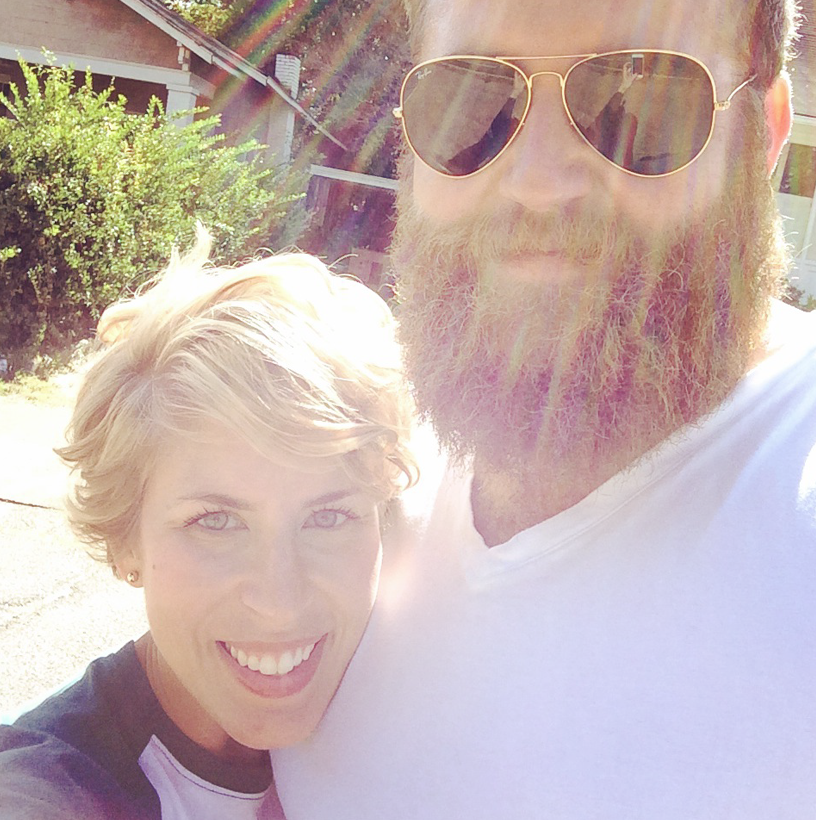