We had a very close call with the weather today. I’m thankful we were safe, but so many people weren’t as fortunate in Laurel and nearby towns like Columbia. Somehow, miraculously, we finished up our work around 3:30 just as the skies were turning black. Ben wanted to run downstairs to the barber shop for a quick haircut before everything closes for Christmas for the next few days, but didn’t want me to go home alone in the bad weather, so we walked down together. Sitting in there waiting, people were on their phones watching the live news feeds—people’s cars were being flipped over on the interstate by wind, a tornado was headed straight for Laurel in 13 minutes and the tornado siren above Gardiner Park began to wail. 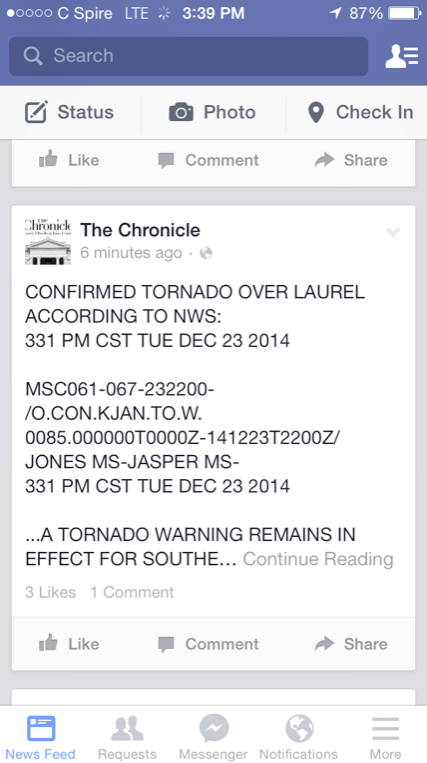 It was so eerie, to see the deep navy sky toward 5th Avenue so early in the evening, and we ran to our cars as soon as Jeremy finished brushing off Ben’s shoulders. A friend from down the street, Eric Roberts, snapped this photo of the funnel coming down directly onto our neighborhood. In the midst of it, we couldn’t see it. I’m so glad we couldn’t. It would have scared me to death. 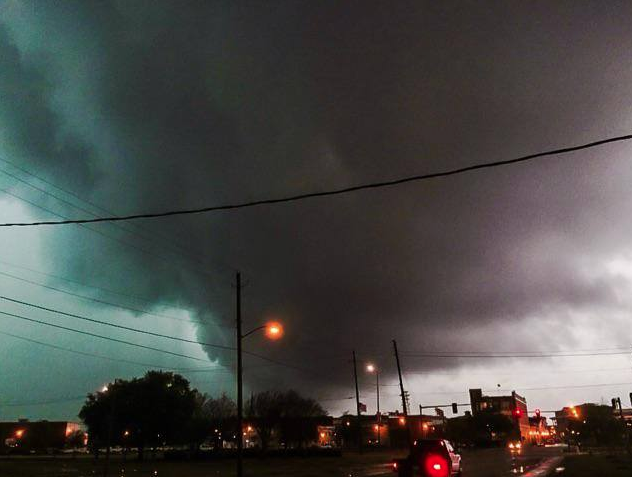 Once we were home and the pups were taken care of, we huddled together on the couch watching the news and the dark maroon cell moving over Laurel. 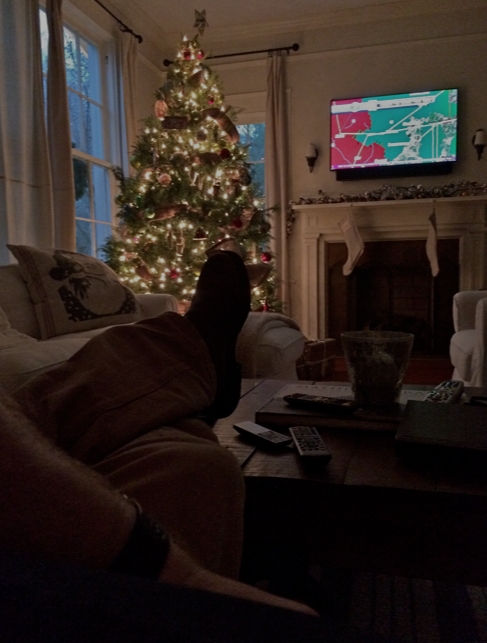 I felt safe under Ben’s big, heavy arm, buried in pillows and cushions… With my baby blanket. We were ready to jump up and run to the half bath under the stairs if things got too scary. 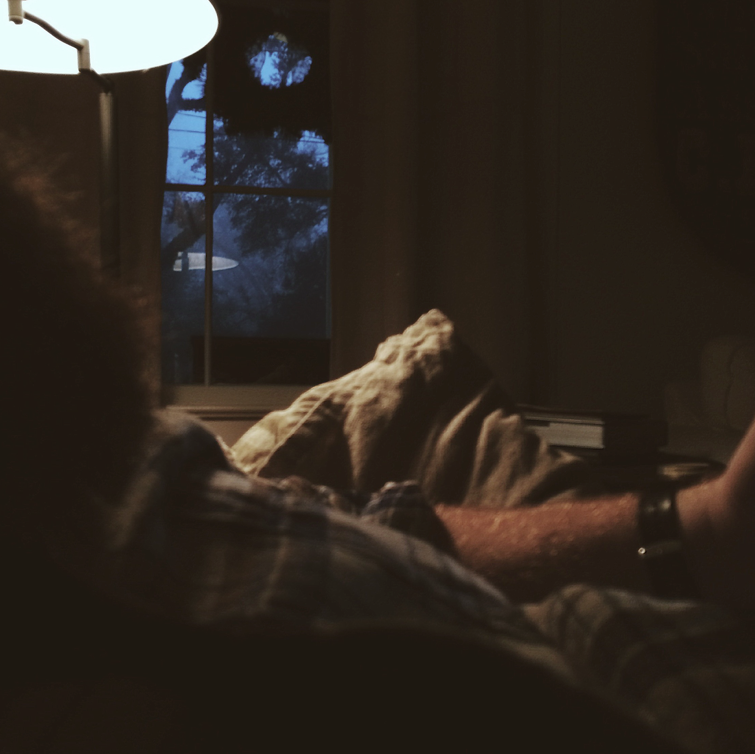 Fortunately, the funnel didn’t touch down on us and we were safe and sound after a while and so we made the drive out to Mama’s to bake cookies and watch The Family Stone. 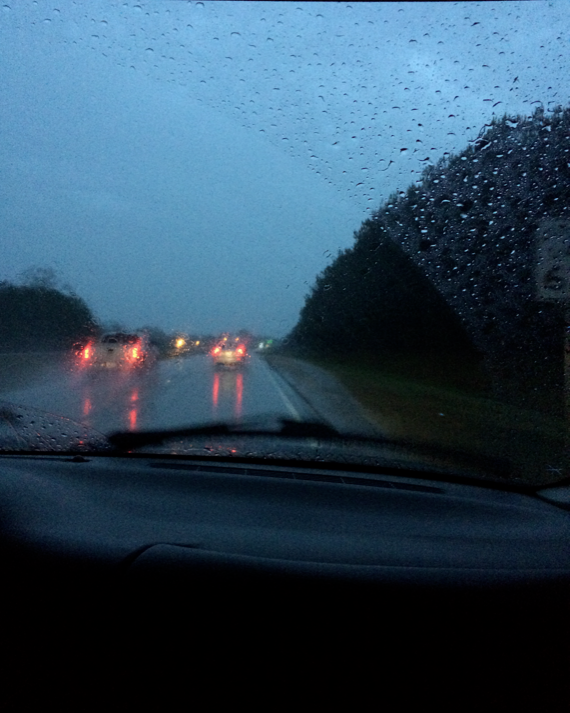 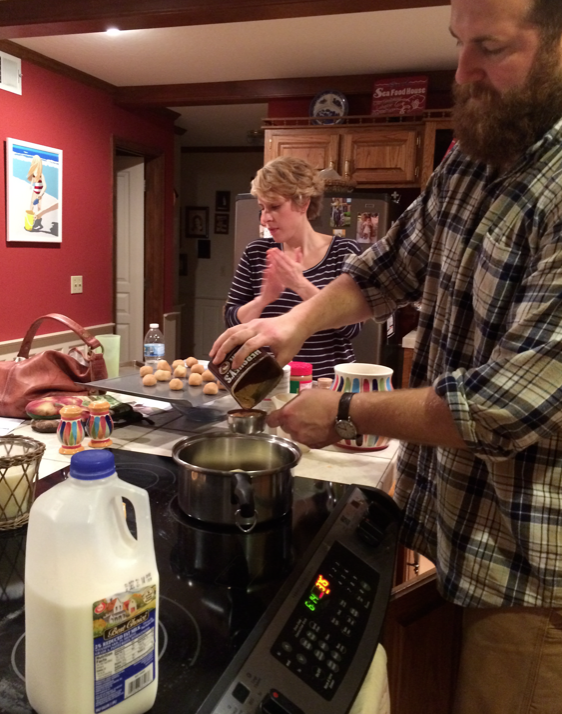 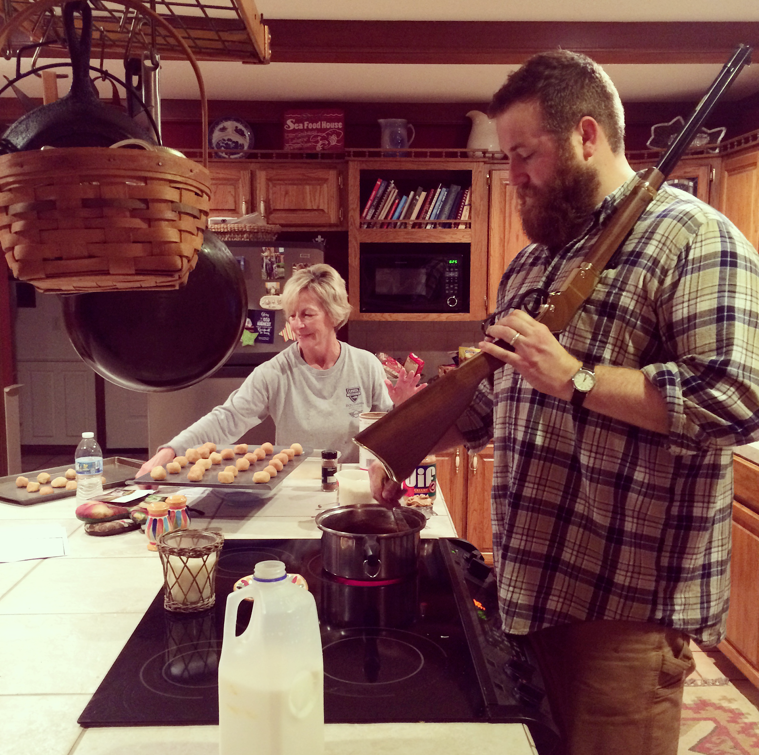 He begged mama to make his favorite Christmas candy/cookie, as she does every single year since she first made them the Christmas we met. It is now “their thing,” that he cannot live without. Tonight she taught him how to do it, but the weather kept them from firming up like they should. It’s kind of like making divinity—humidity affects the texture, apparently. 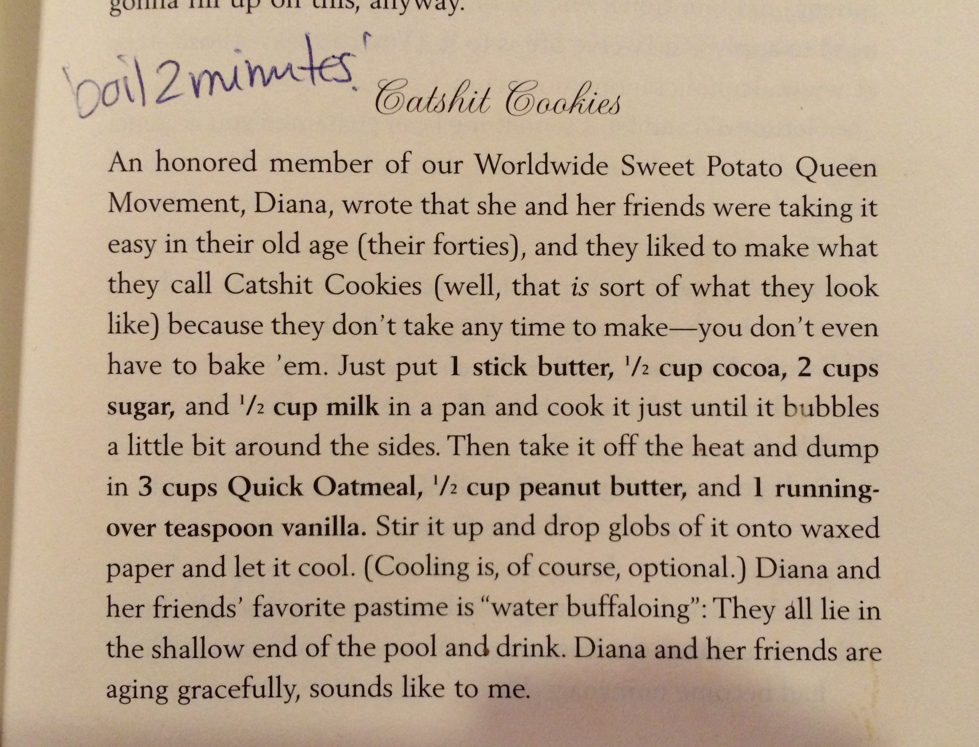 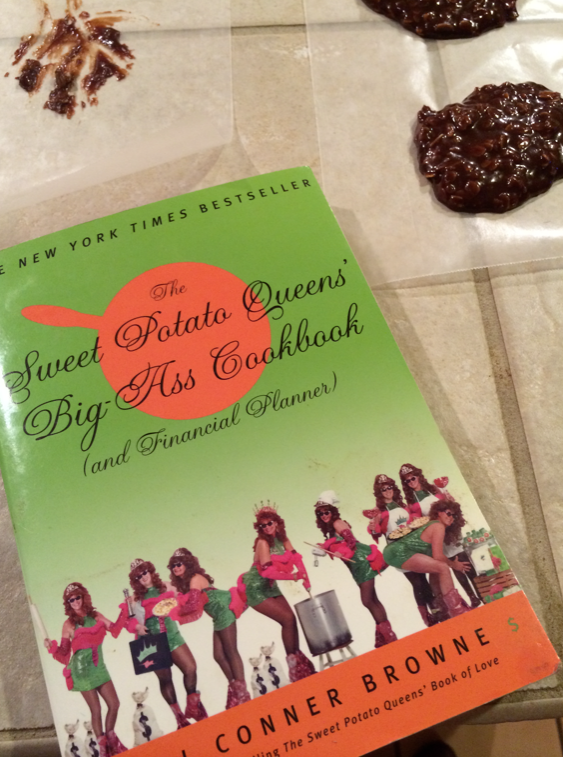 But humidity can’t change the deliciousness. Even if they’re not firmed up after a night in the fridge, they’re getting eaten. 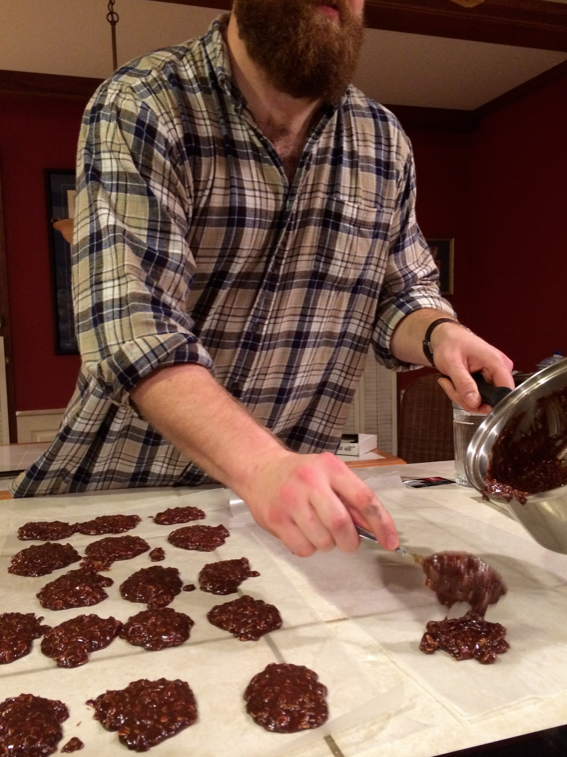 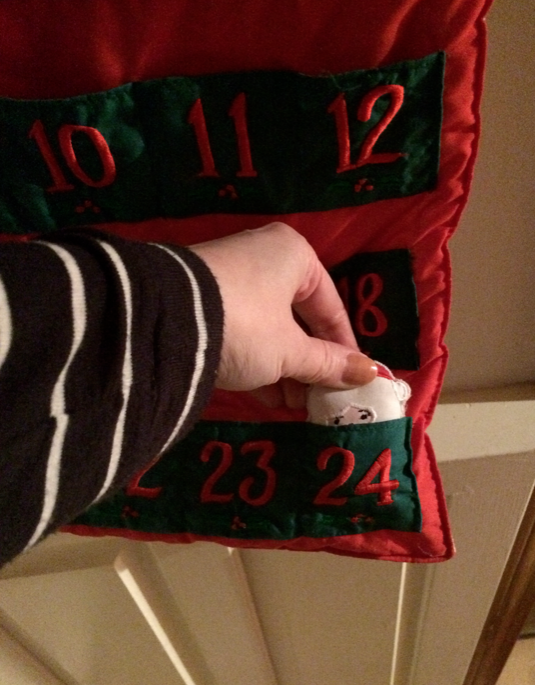 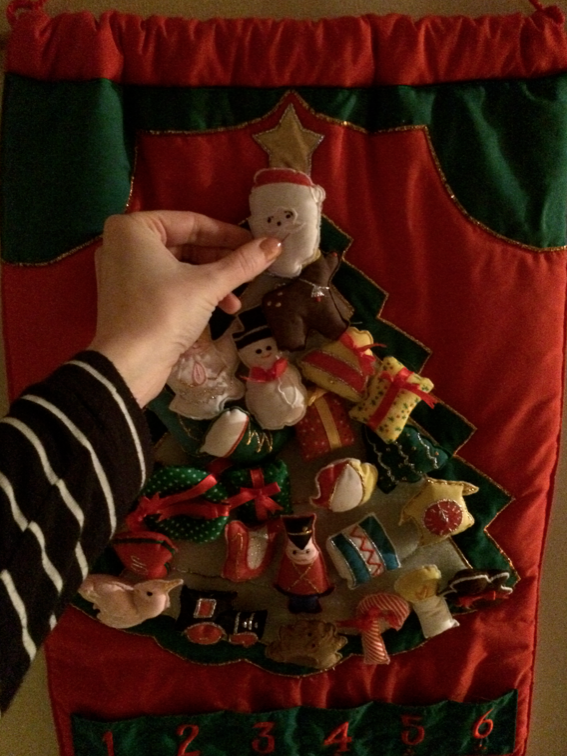 And after the movie (that made mama and I both cry—like every other year), we took some cream cheese snickerdoodles over to Jim and Mal’s. Lucy was so excited to see her Big. 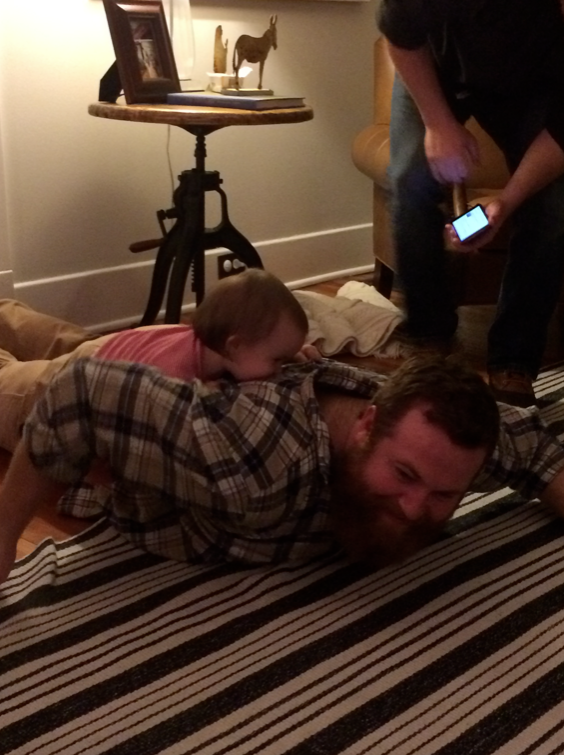 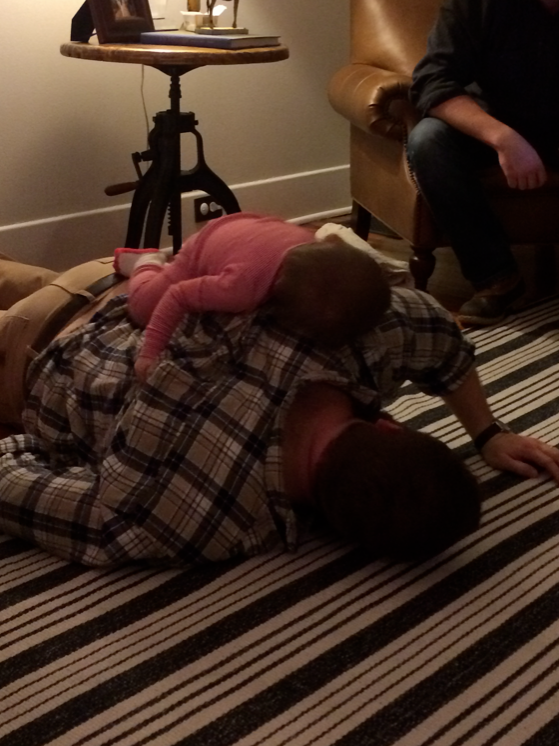 She’s such a smart little baby. She seems to be learning vocabulary 10 times faster this week than last week. Next week, she’ll be driving a car. It’s fascinating!

Tonight we’re going to sleep in our bed with a roof over our dry heads, and so many people in our community won’t. And two days before Christmas. Won’t you please say a prayer for them and for the people who lost loved ones in the storm today? My heart is aching for them, and I’m praying they’ll feel God’s comfort around them, and that they’ll be shown generosity as they find their footing.