You remember a couple months ago when I was working on those watercolor room paintings?

Late last night while I was falling asleep, I was idly flicking through instagram and spotted a photo of a familiar house on my explore page. I quickly recognized it as the beautiful home that I’ve been inspired by for a couple years, that I’ve pinned from an old Garden & Gun story on basically all of my pinterest boards. 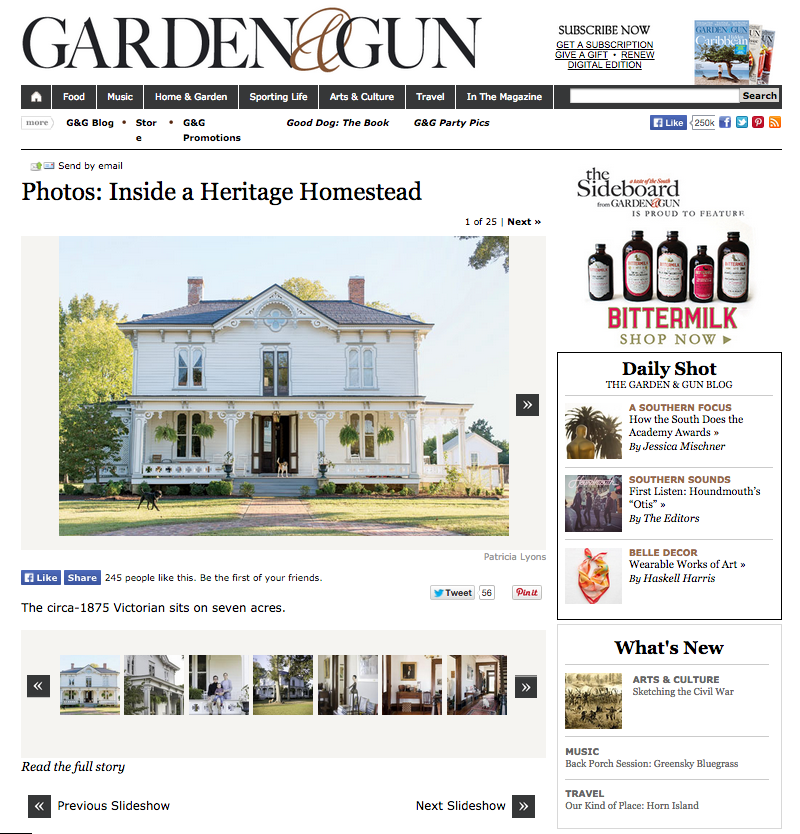 Turns out it was a post by Leeta, the owner of the home, who has just put The Barnes House on the market for sale (visit that link to see the eye candy that is their photo album for the sale of the beautiful old home). My heart lept, thinking of the portrait I had done of her hallway: 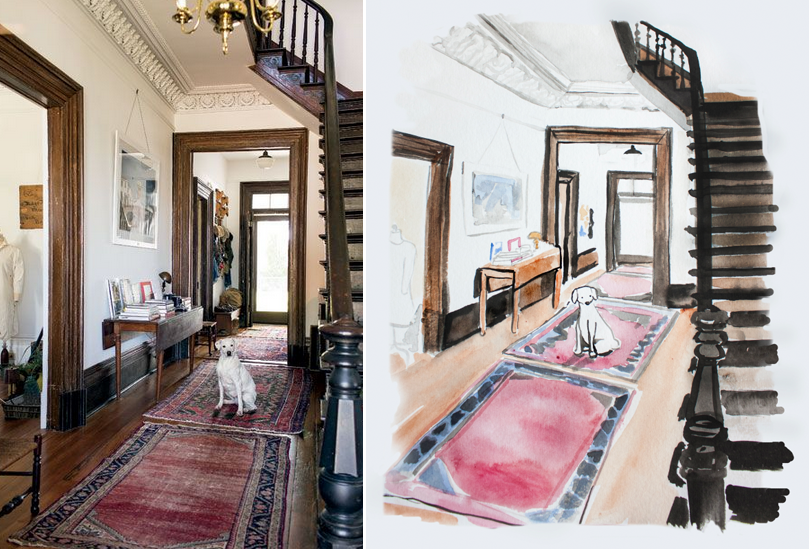 I private messaged her the painting, and she told me their pup, Cleo, passed away a year ago. She told me she was deeply touched seeing it, so soon I’ll be sending her a print. We hit it off right away, and I realized her husband is Kenny Thomas, the designer of the Todd Snyder for Champion clothing line which Ben is obsessed with, though they don’t make anything clothes that fit him. And now they’ve connected and hit it off.

I never stop feeling amazed by the way the internet connects us with kindred spirits around the world. I mean, you’re here! Isn’t it a wonder?