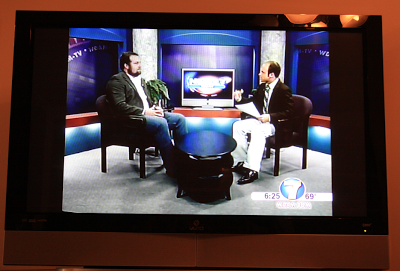 Ben was on the early news this morning to talk about the Laurel Main Street car show tomorrow. The really, really early news. He headed out at 4:15 am, and I woke up at 6:15 and went next door to Jim and Mal’s to see it on channel 7. It’s the first time I’ve ever lamented that we don’t have local channels. He was so worried he’d sound like a country hick on TV, but he didn’t at all. He was handsome and well-spoken and I wish his folks could have seen it up in north Miss. 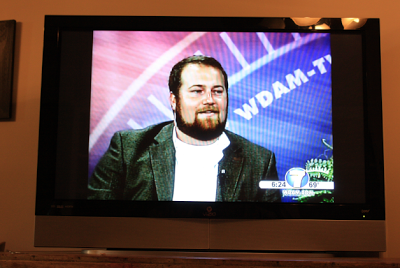 The funniest thing in the world happened before his interview. The announcer person on TV said: “Up next, we’ll be talking to Ben Napier about the classic cars headed for Downtown Laurel this weekend,” as it showed a zooming out shot of Ben just sitting in the chair waiting. He obviously was TOTALLY unaware he was on TV because he was just staring at the floor in a sleep-deprived daze. He looked slightly suicidal and extremely angry — blaring as my family calls it. 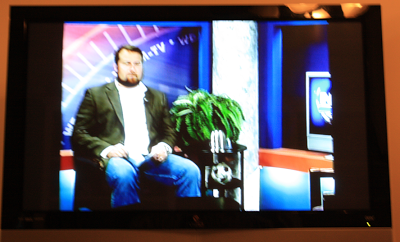