Skip to content
Save 20% On Candles Code: 20CANDLE
American Made Flannels Shop Now
Free Shipping On All Orders Over $99 | Some Exclusions

We packed our bags and headed east this morning after a wonderful breakfast at Another Broken Egg cafe (at which time I decided that my favorite food in all the world is, in fact, breakfast food—since childhood, with Italian a close second—also since childhood). 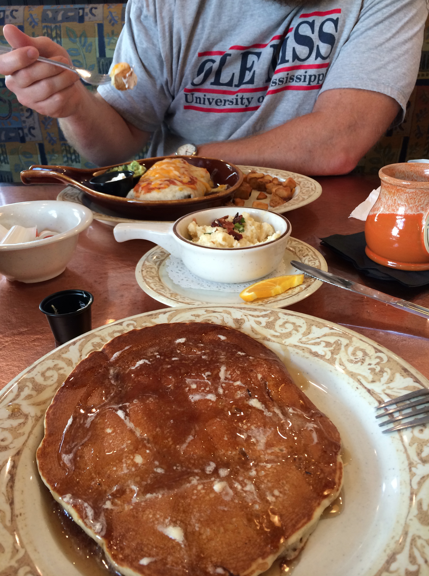 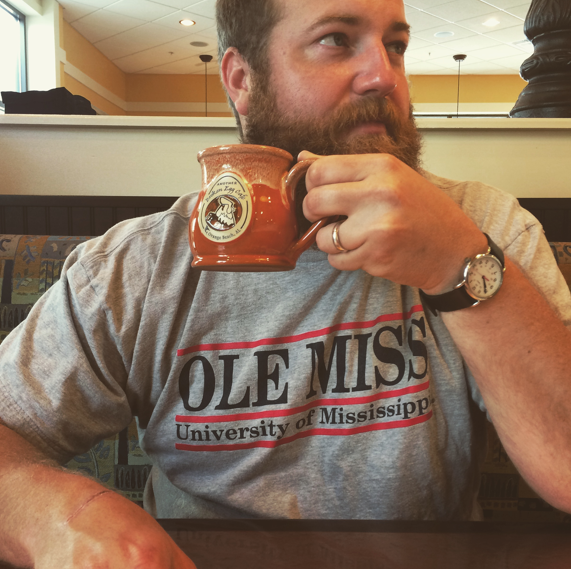 And then we took the slow route, 98E all the way to Apalachicola on what’s known as Florida’s “Forgotten Coast.” Along the way we stopped in Navarre Beach (you know my feelings about this place) for a bathroom break and I couldn’t leave without checking on my old stomping grounds. We found that they’re developing the plot where the Holidome used to be. Come on Holiday Inn, make a new one, won’t you?! 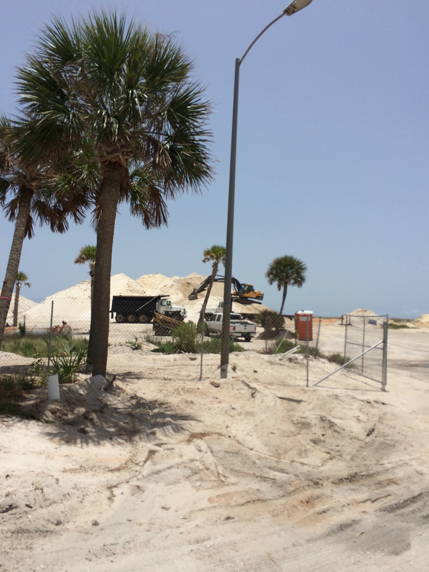 As a side note, I found a 2006 picture of the Holidome post-hurricane Ivan that did her in. I’ve never seen it until today and have never had much luck finding any photos of the (magical) place the way it used to be. So that’s cool.

Then a couple hours later, we were pulling in to the Coombs House Inn, our home away from home for the next couple nights in Apalachicola, Florida, which Southern Living told me is a quiet, magical, sleepy fishing village. And they were right about that. 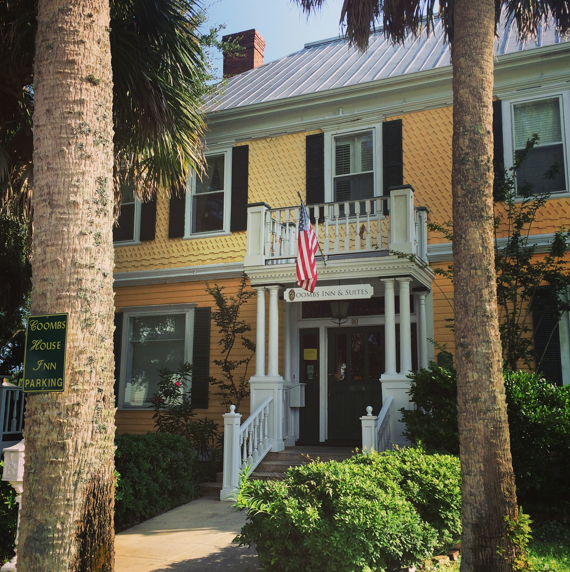 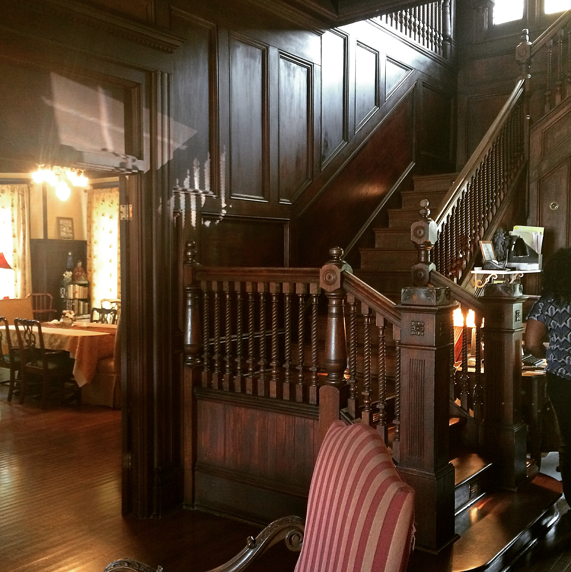 Ben fell hard and fast for all the 125-year old woodwork. 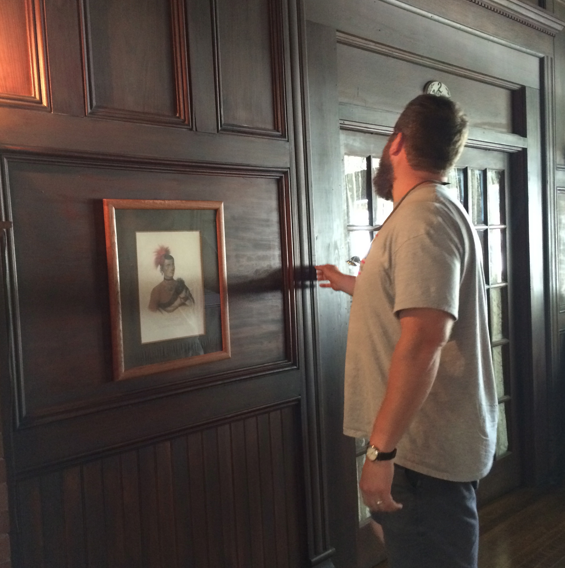 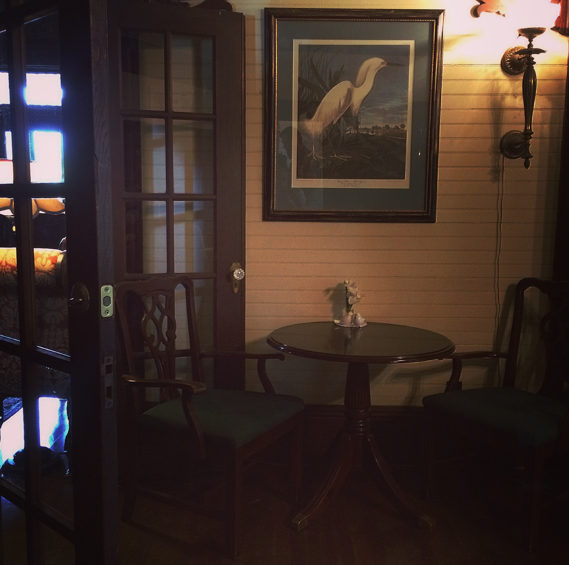 I fell pretty hard for the gulf green wood ceilings and walls and antique portraits. I feel like I’m at the Red Lion Inn, but in a coastal setting, which is a lovely thing to feel. 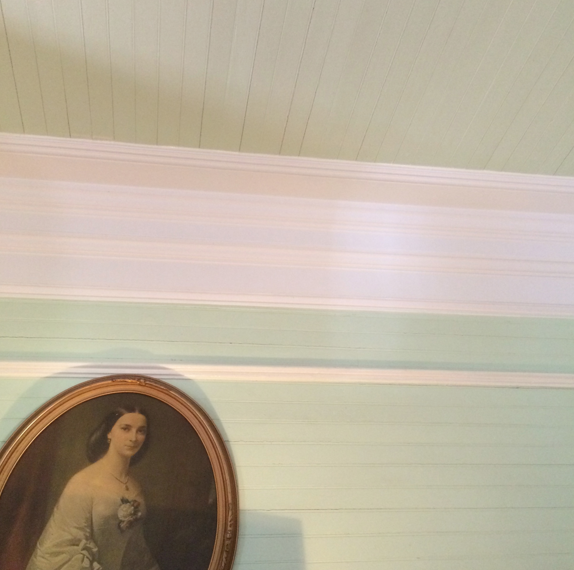 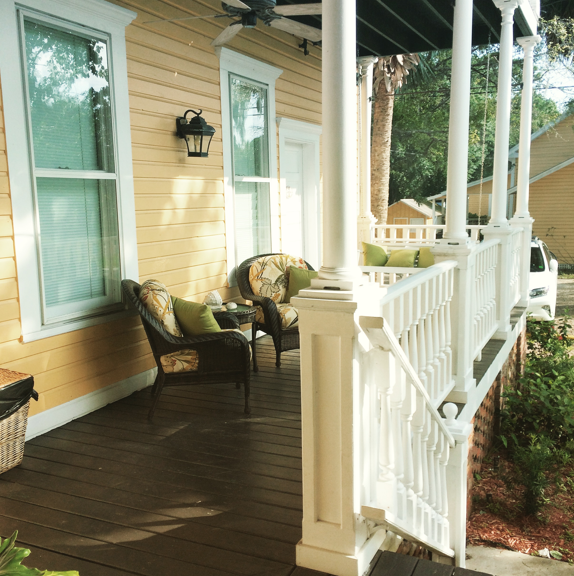 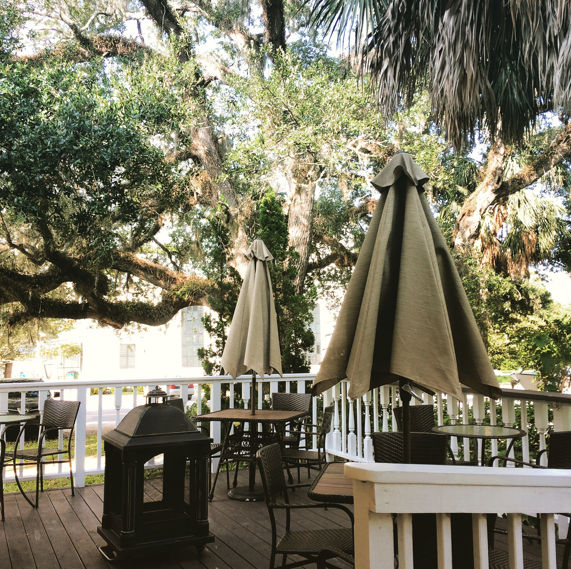 The inn has bikes for every guest to use during their stay, so we hopped on them and got busy exploring. Riding along the docks made me feel like an extra on Dawson’s Creek. Didn’t we all want to be Joey Potter in high school? 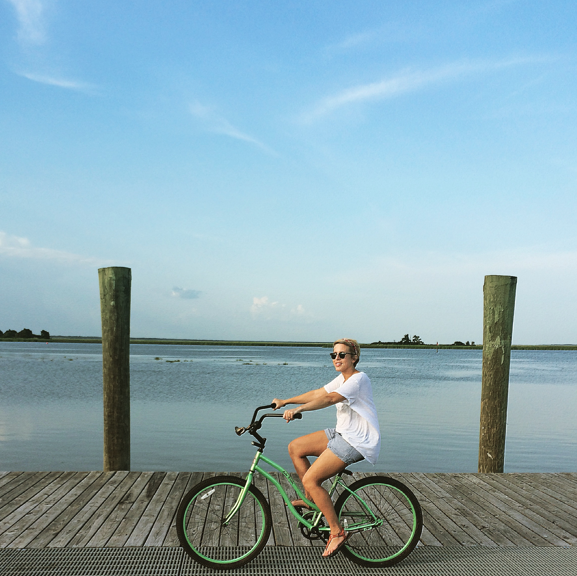 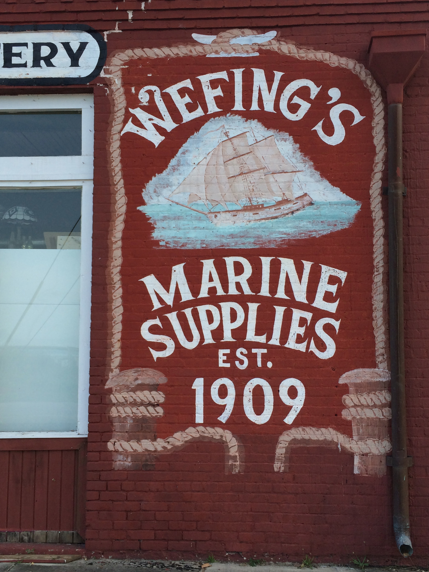 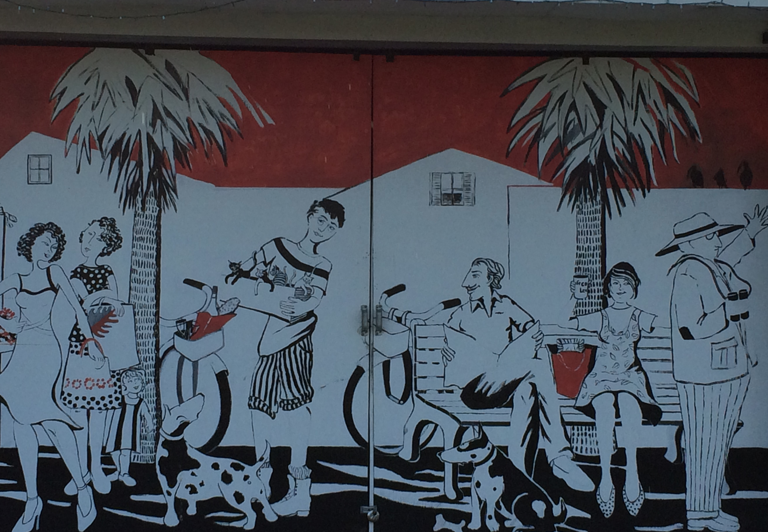 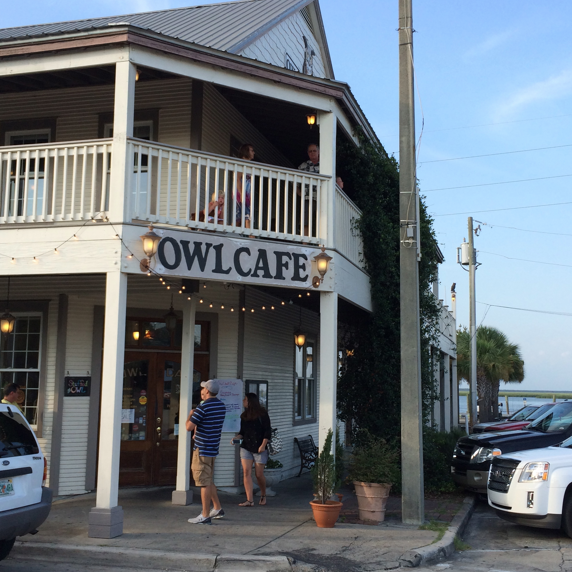 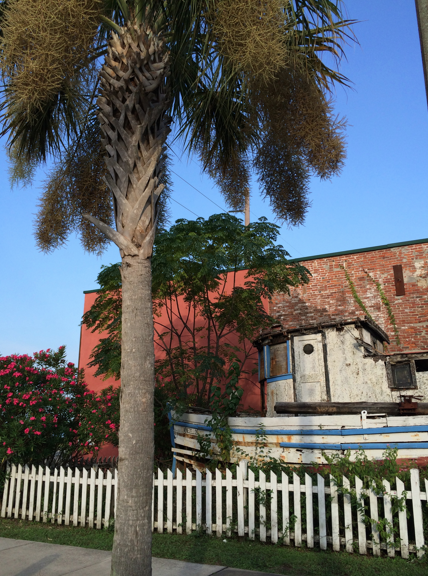 We parked our bikes at the The Grill for dinner, where Ben ordered some of the world famous Apalachicola oysters on a po-boy. 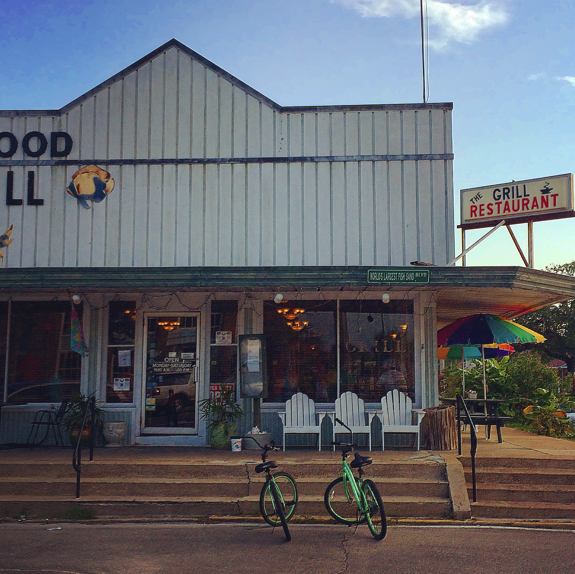 And after that, we went exploring in the truck and crossed the bridge to St. George Island. The windows were down, we were listening to the Great Expectations soundtrack, and talking about how grateful we are for it all. For small coastal towns and satisfying jobs and a healthy marriage and a God who provides it all when we don’t deserve anything good. I didn’t want that moment on that bridge to end. 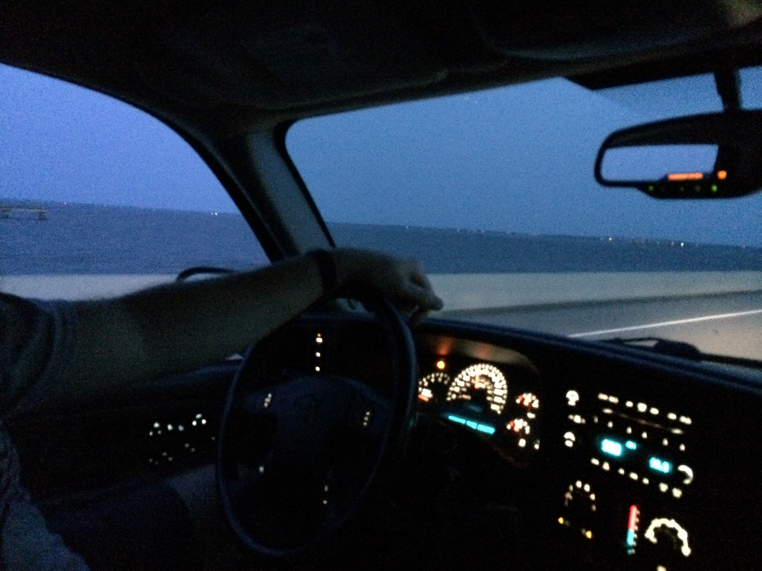 But, it did end. It ended with ice cream for dessert. 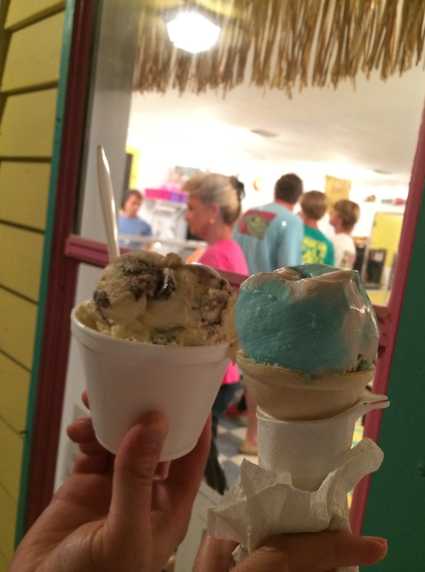 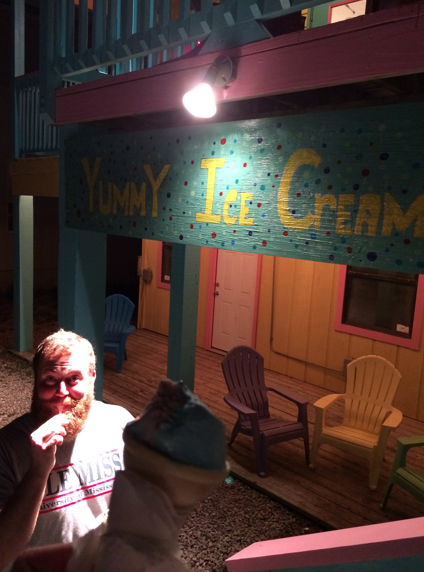 And then, in bed curling up for sleep… I found my beloved Holidome on TV, because AMC was playing Jaws 2—which was filmed right on location at the Navarre Beach Holidome. What are the odds?