Well guys, if you’re not a fan of the Friday Night Lights TV series (not the movie), or Damien Rice, you can go ahead and check out on today’s blog… Because we were pretty major teenyboppers for both those things today. We left Houston later than planned after a longish stop at a post office to mail a sample to a client (self-employment vacation), but by the afternoon we were finally making our way into Austin.

Here’s the thing. All I really know about Austin besides “keep it weird” is that it was also used as the setting for the make-believe town of Dillon for Friday Night Lights. Have you watched FNL? Let me be clear—I’m not a fan of the movie. At all. The series was less about football, and more about the small town and people and relationships surrounding a football team and so much of it hit so close to home in rural Mississippi, it was very hard to leave those characters behind when we finished watching them all. The first notes of the theme song give me an instant autumn chill and make me nostalgic for high school football, which I definitely did NOT care about in high school. Anyway, thanks to this handy list, we made a few drive-by photos… I’ll save the best for last and start with: 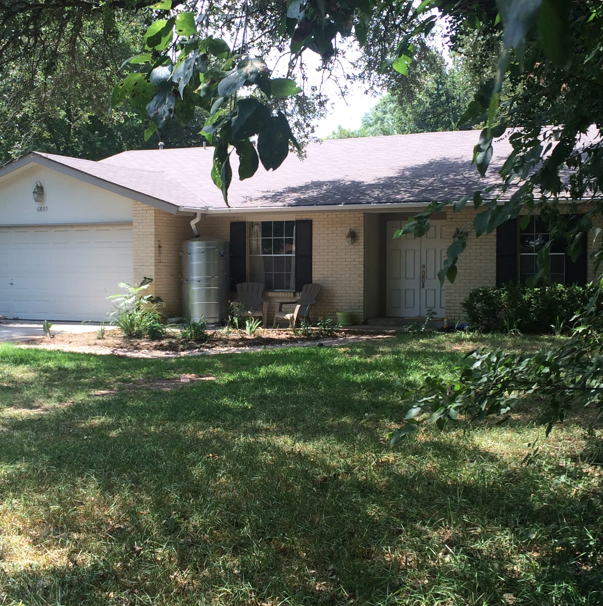 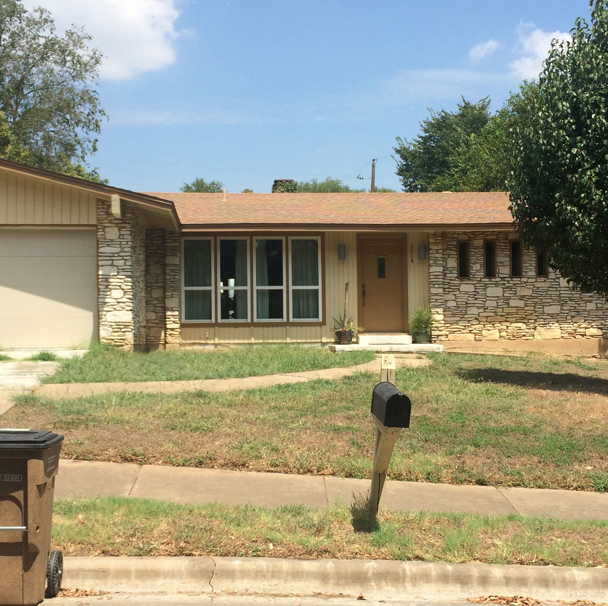 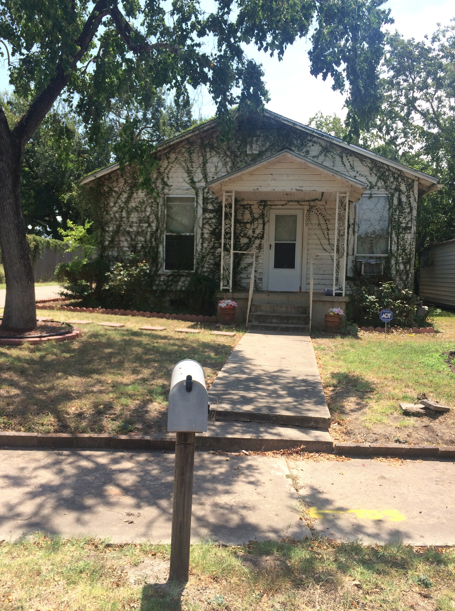 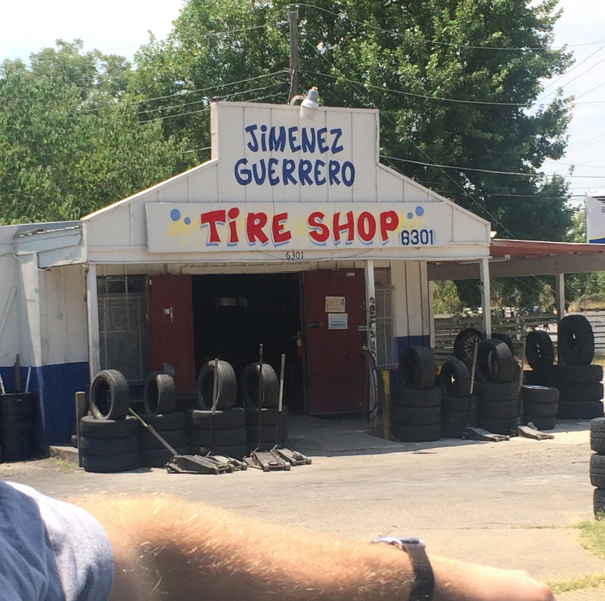 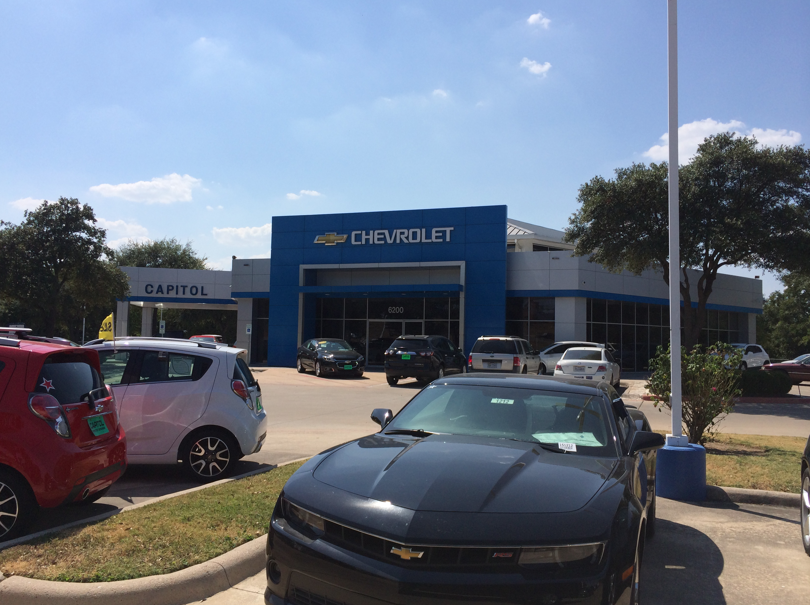 6. Applebee’s (recently renovated so it doesn’t look the same, but alas, it counts): 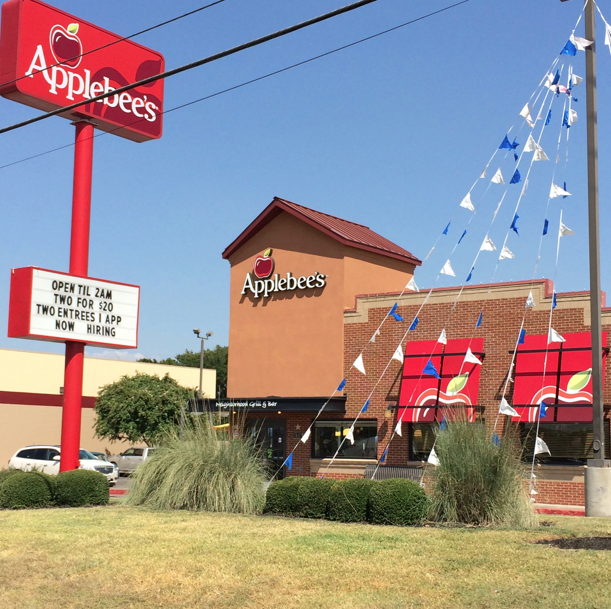 7. But then… Then. We saved the Panthers Fieldhouse for last. It’s just a run down building and stadium now, owned by a school district and used for storage. But for us, it was Dillon.
And then a really REALLY crazy thing happened. Soon after we filmed this, a pickup truck from the school district pulled in, paying us no mind. The men unlocked the chain link fence and Ben thought… “Well, it can’t hurt to just ask if we could take a picture inside the gate will it?”
He asked the men and they said, “Friday Night Lights? That ain’t been here in a minute. Y’all wanna come inside?” 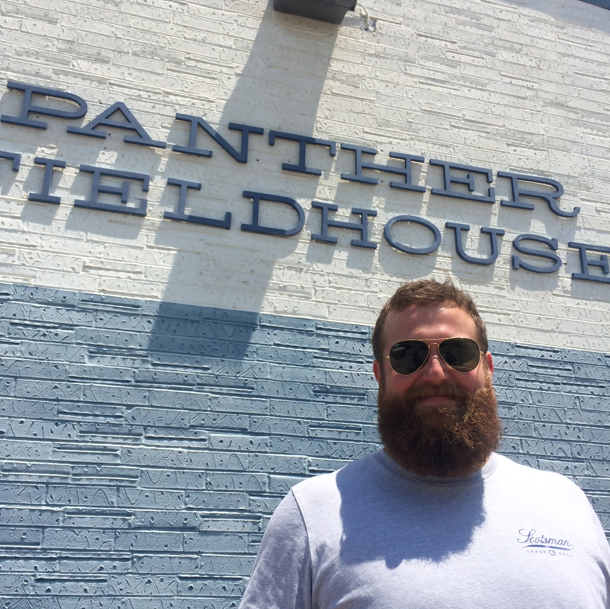 They didn’t see me jumping up and down or Ben’s big grin. They were already inside the building, there to do their job.
This was pretty thrilling. 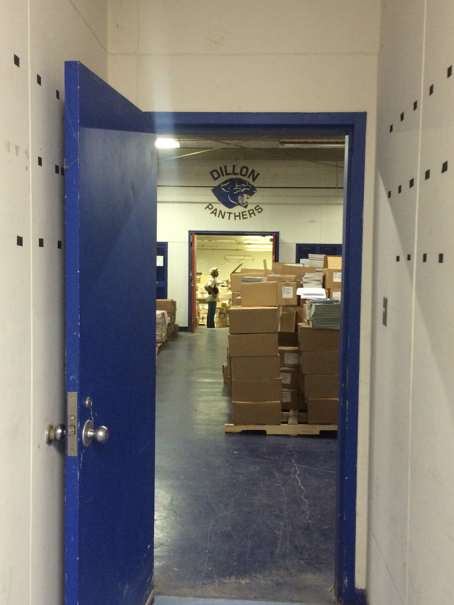 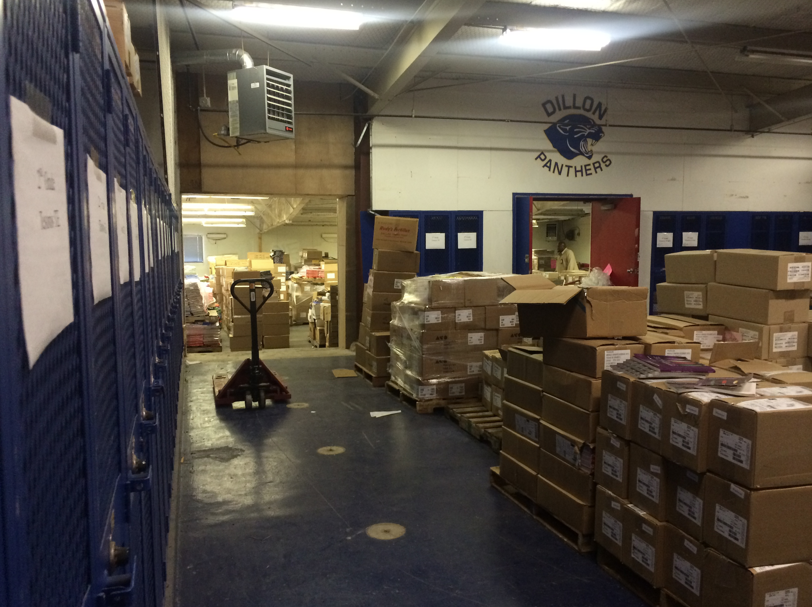 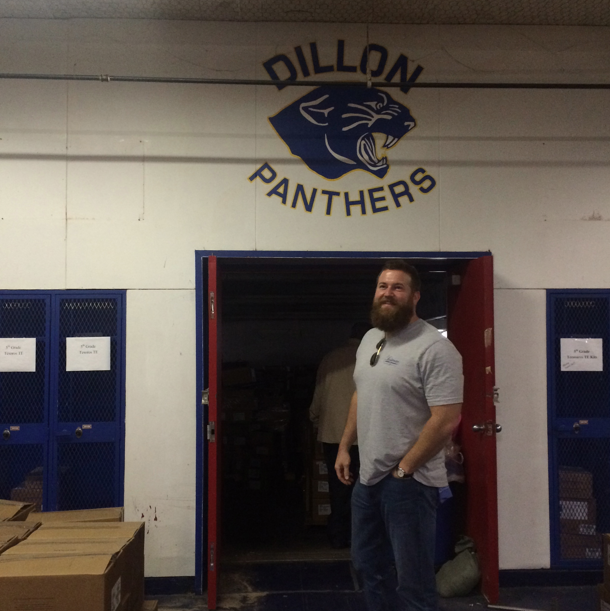 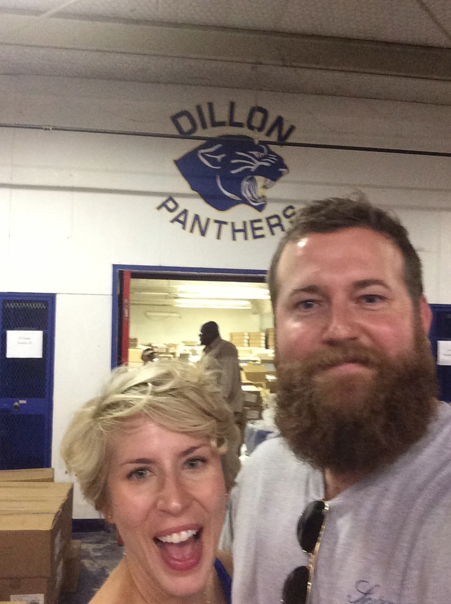 You know what’s missing over this door? 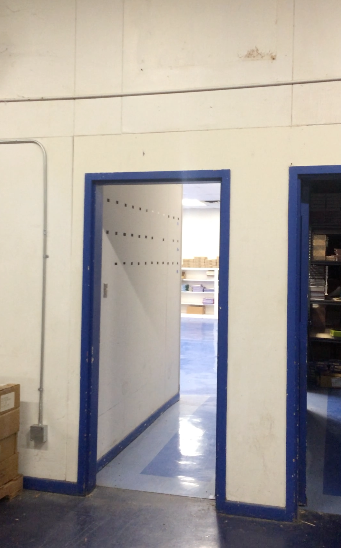 We found the marker board had some scribbles about football stuff. 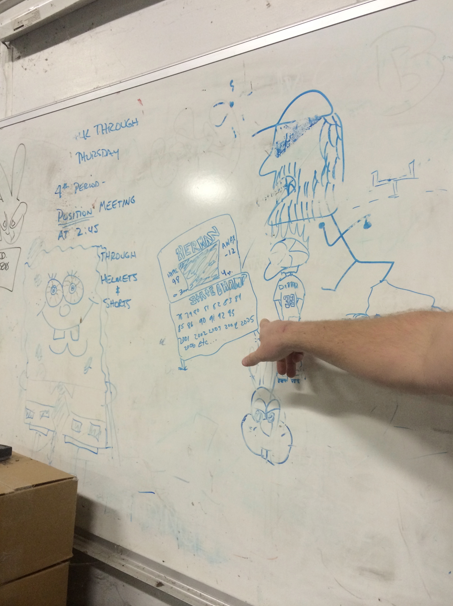 And this was just too much: 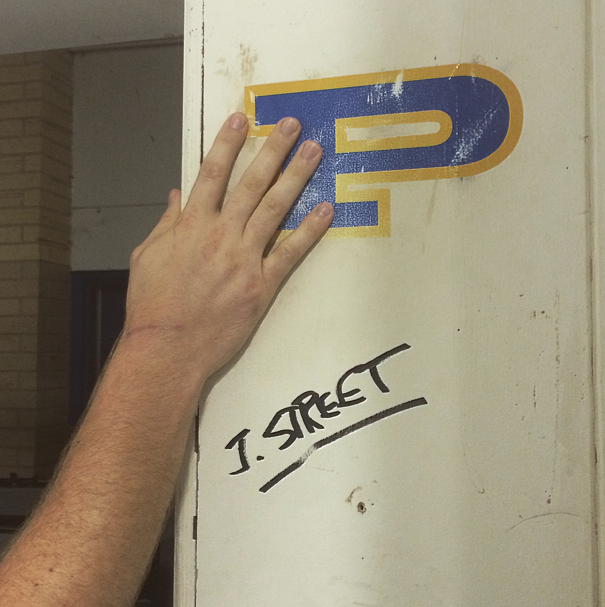 Coach Taylor’s office was around the corner from the hallway: 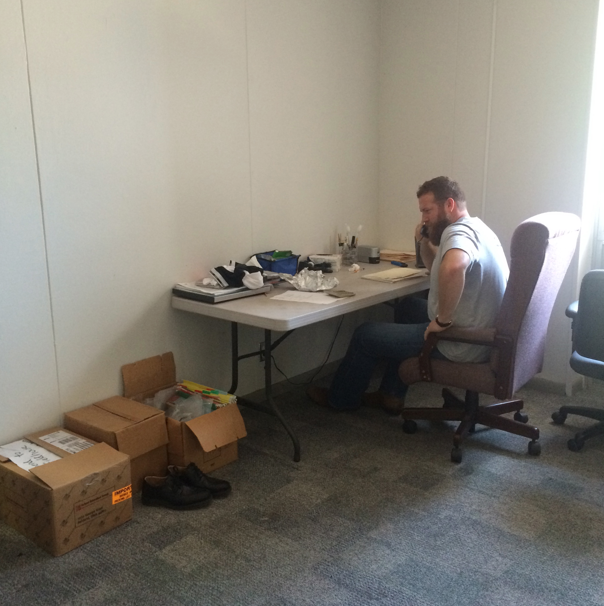 And through those double doors under the ‘Dillon Panthers’ logo, you walk into the East Dillon locker room in all its red and black. It was clever cinematography that fooled us all, East and West Dillon sharing one building behind the scenes. 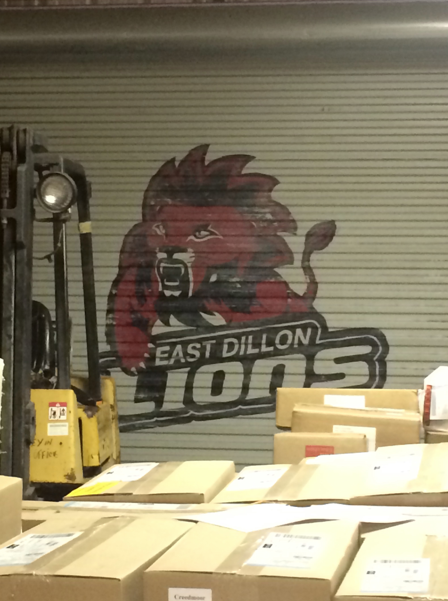 After we had thoroughly thanked the nice men who let us come inside, we jumped in the truck to text our friends who were green with jealousy and honestly, I felt bad about that too since they’re the ones that introduced us to FNL. By 3:00 we were starving and headed to the last stop of our tour at EZ’s Oven, the high school’s diner hangout where we even managed to snag Street and Lyla’s booth: 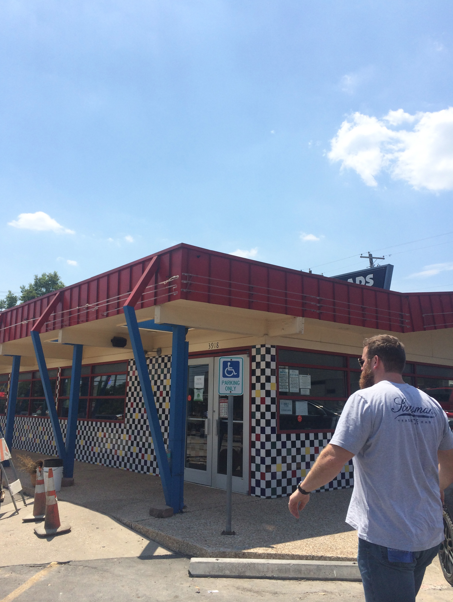 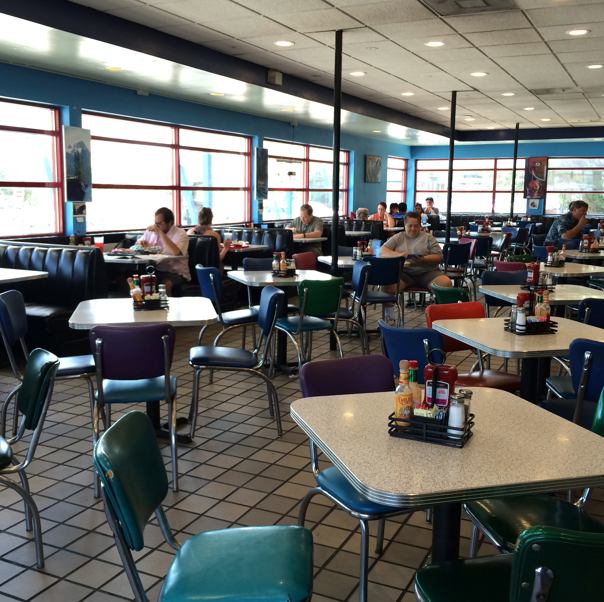 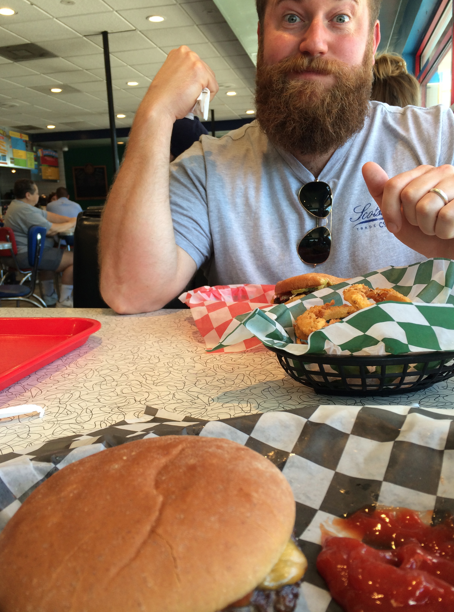 Okay, that’s the end of the FNL talk. We went to our hotel and got changed to head to the U of T campus for the Damien Rice concert. If you want to know the back story on the supreme importance of this album to us, read these posts (in reverse, starting with December 7!) about the week we met. In the 6 days between meeting and saying “I love you” and in the weeks, months and years since, Damien Rice’s O has been the soundtrack to our life together. I can barely type that without feeling emotional if that tells you anything.
These are the only two photos I took tonight. 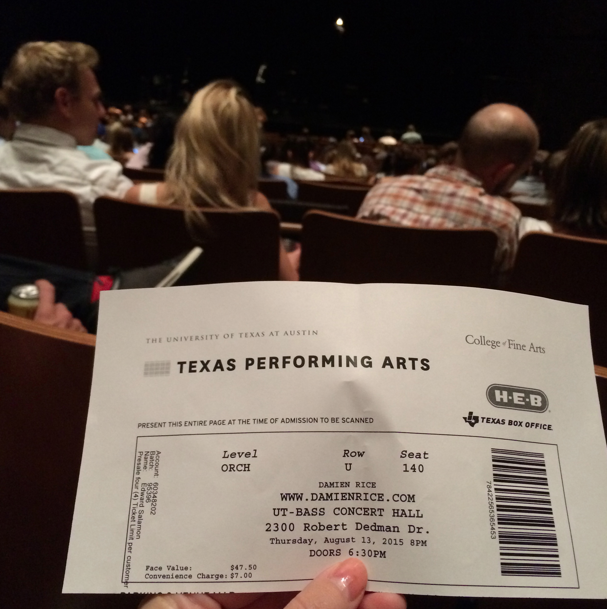 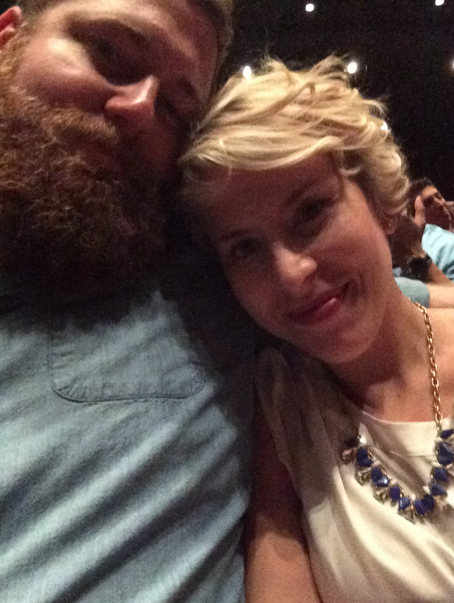 And then I put my phone away. And then I cried through his whole set with my head on Ben’s shoulder and a hanky in my hand to wipe away the tears. Y’all know me. Always crying at concerts. It’s kind of my thing, apparently.
Goodnight, Texas. You were really great today. 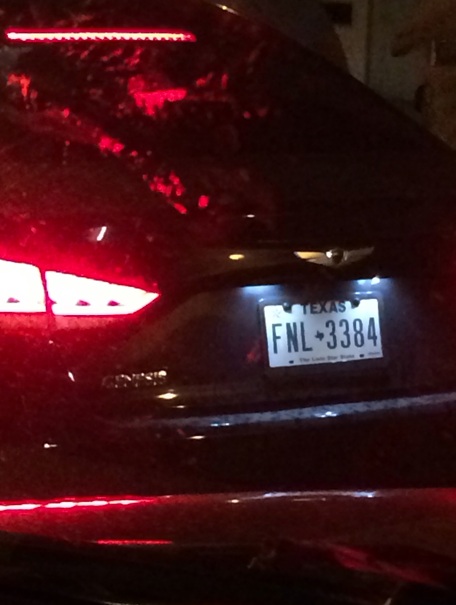