I don’t know why, but we were zonked this morning. We slept a little later than we probably should have, but it felt so good. We also took a very long walk, where we found the mysterious Mardy Mart signs that appear randomly all over town a couple times a month. 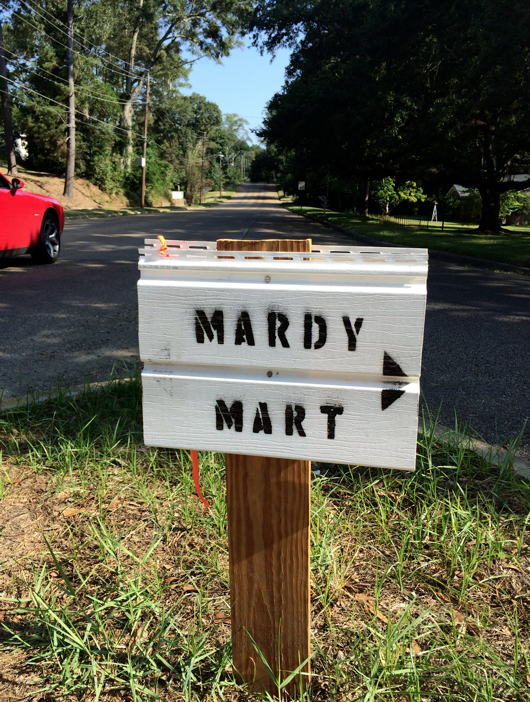 For years, we’ve noticed these vague, cryptic signs appear and then just as suddenly disappear around town, always wondering what Mardy Mart is. Today, Ben’s mama solved the mystery. 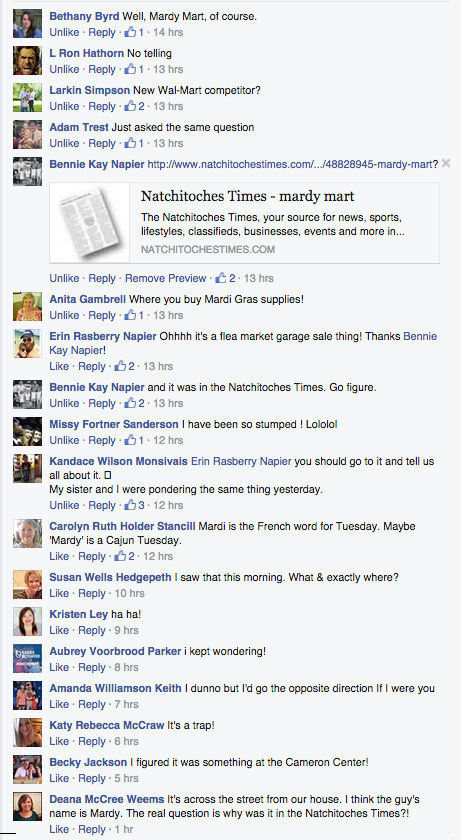 It’s a garage sale/flea market. Not as mysterious as we had hoped.

Tomorrow we won’t be sleeping in since Ole Miss kicks off the first game of the year at 11 am and there’s going to be a party at mama and daddy’s. HOTTY TODDY!