Tonight, as I watched Ben working late into the night on a piece he’s donating to our art museum’s ‘His and Hers’ themed silent auction in a few weeks, I felt so inspired by the making, the doing. In our digital world, it’s easy to forget about the makers in the world, the craftsmen, who are doing the most analog things with wood, metal, hands and tools. 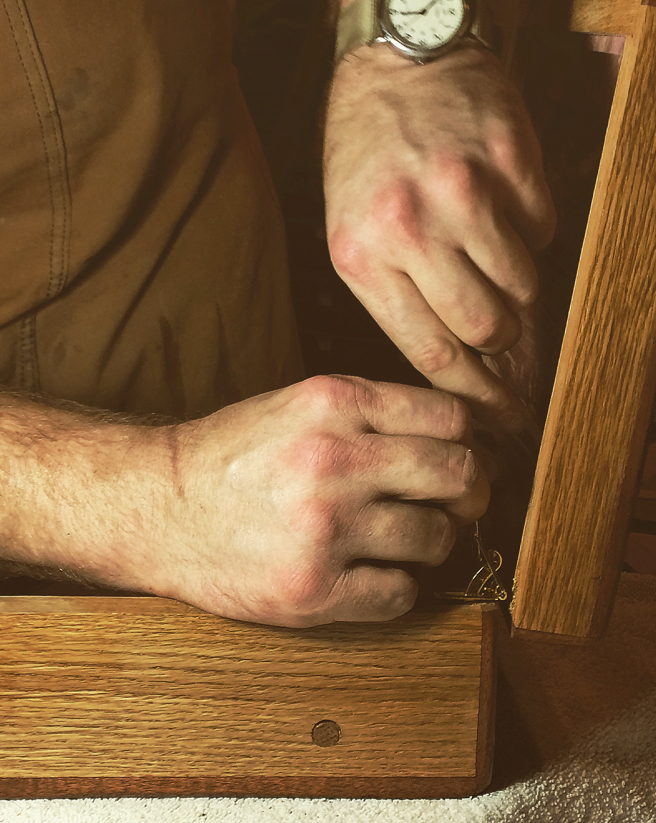 He works very slowly and intentionally. You’ll find when the Scotsman shop opens in a couple weeks that there won’t be many furniture pieces, but the ones there were built carefully by his two hands, and with much pride and love. It made me feel like the work I do behind a computer monitor is dull and lacking in a way, like it’s not quite tangible enough to satisfy me. I asked him if I could come work for him and listen to old Christmas music all day, and he said, “I would love that, but the pay ain’t great.” He’s been working steadily to have a few good pieces in his first online shop, rejecting offers from folks who want to buy them so that there’ll be something to show for it when the site launches. It’s been fruitless work in that way, but I know it won’t be for long.

When he did the final buffing after he finished the humidor, I felt like I could cry, holding that heavy, cold box that still smells a little bit of shellack and cedar and feels as smooth as glass. He’s quick to tell people he’s no artist, that he leaves that to me. But I disagree.

He’s a maker. He always was.