There was so much good today! First of all, one of my oldest friends in the world is home for Christmas. Shad was a Rhodes Scholar at Ole Miss, studied at Oxford, then got a law degree at Harvard, and he’s inching closer to home now that he works in Jackson for the governor. He introduced us to his friend, Rina, and we had the best afternoon showing her around. Best of all was that moment when we revealed to her that Shad White Day is a thing. A real, actual, officially observed holiday here in our county every year on March 24, because Shad is so remarkable. She didn’t believe us. And we were like, “No, seriously. Really.” He was mortified. 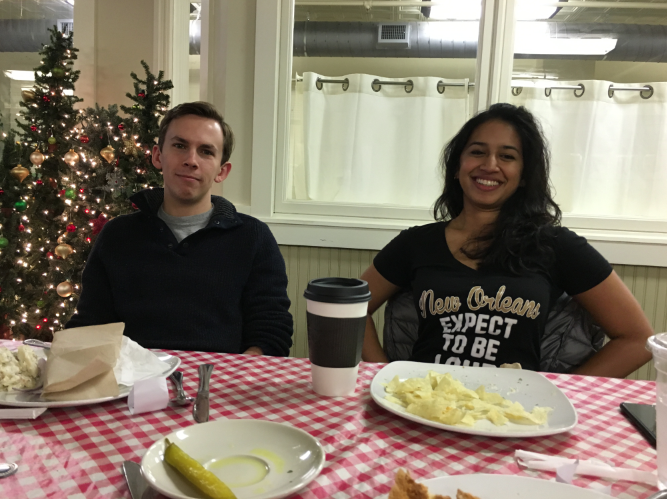 Not kidding, y’all. We have Shad White Day. I mean, no one gets to take off work or decorates for it or anything, but it’s on the calendar in a government building somewhere.

Later, at home, we were getting ready to go to the wedding of a sweet Lucky Luxe bride and I remembered the dress code was black tie… And I didn’t have anything to wear. I was digging through my closet and found my old senior prom dress. I assumed it wouldn’t fit, but was very pleasantly surprised to zip it all the way up. I mean, I could barely breathe, but it zipped. I’m so glad I didn’t go with something trendy in 2003. I’m glad I found that old photo of a dress Grace Kelly wore and insisted to mama that we have someone sew it for me. This is the 3rd time I’ve worn it in 12 years, which is pretty good by formal dress standards. 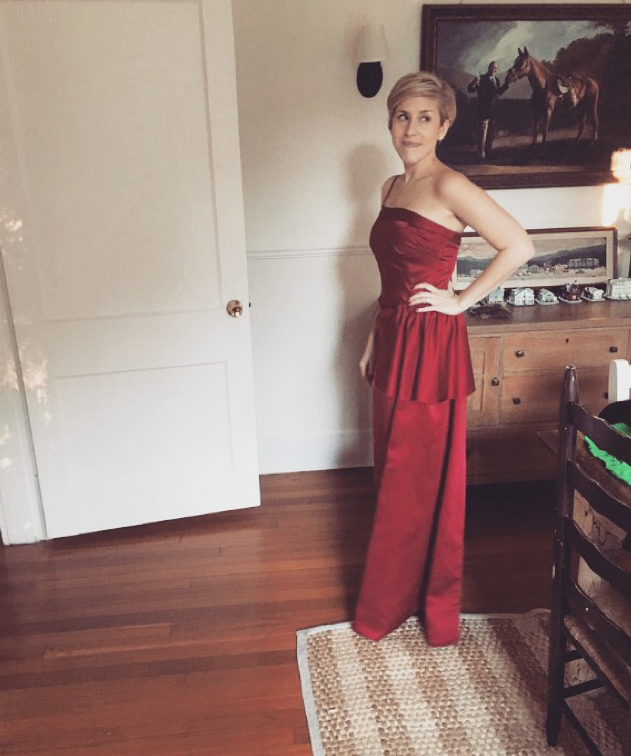 It was fun to attend a wedding I got to play a small part in with the paper pieces because it so rarely happens. This family is very special to us because they’re our neighbors whom we were lucky enough to work with on their daughter Ana’s wedding (to Rob Campbell, whom we got to finally meet tonight) last year. There’s one more Reeder girl left, and I’m already looking forward to someday working with her, too. Today’s wedding took place right around the corner from our house at the Reeders’ ancestors’ home, which is now St. John’s Day School. Their family were some of the original founders of Laurel who made it a beacon of art and culture at the turn of the century. 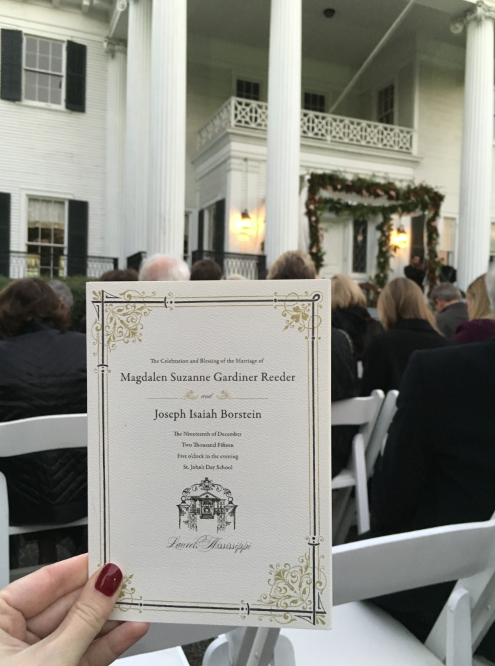 Magdalen is an Episcopal Mississippian and Joe is a Jewish New Yorker, so the ceremony was a sweet mixture of both their religious traditions. When we were walking in, two little boys’ job was to hand out yamakas. They thrust one into Ben’s hand, who sat holding it awkwardly the whole service since it seemed none of the Christian men were wearing them… We texted our Jewish NYC friends in a panic, “IS HE SUPPOSED TO WEAR IT?” to which they responded, it’s optional, and fine either way. It’s funny how little we know about Judaism in south Mississippi. They found it to be hysterical. 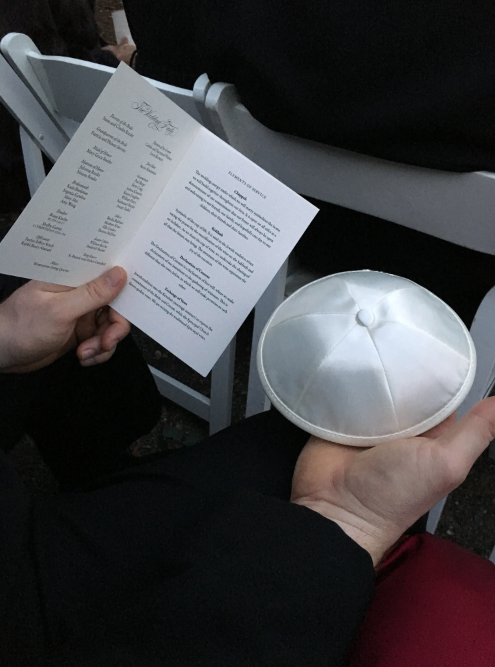 Afterward, we went to the reception that was the most beautiful, lavish event I’ve ever been to. We met lots of Joe’s family and friends who were amazing and warm, just like the New Yorkers we know and love. 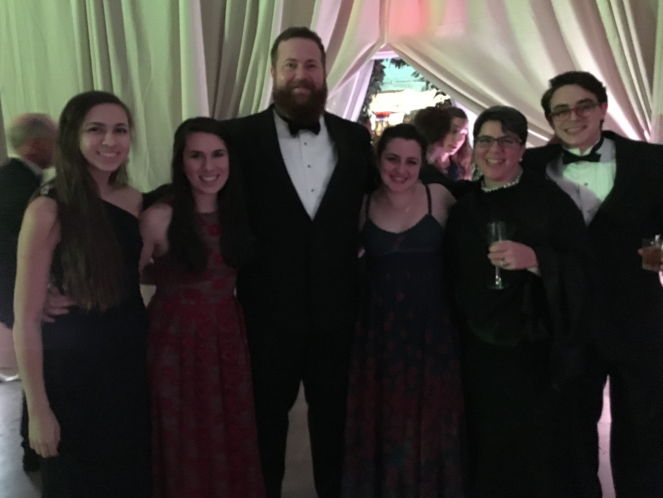 Someone said once that Laurel in my posts reminds them of Mitford, and we have our own beloved priest in town, too. Father Jeff, one of our neighbors, led the Episcopal half of the ceremony and is one of our favorite people in the world. He and Ben are the same size and sometimes swap clothes since it’s hard out there for fashionable giants. 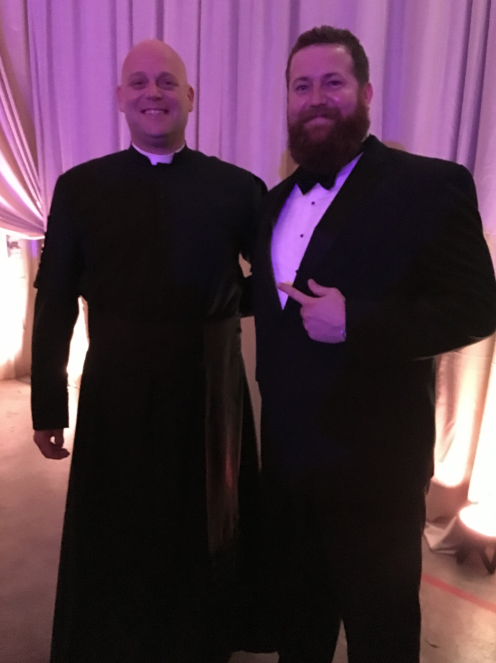 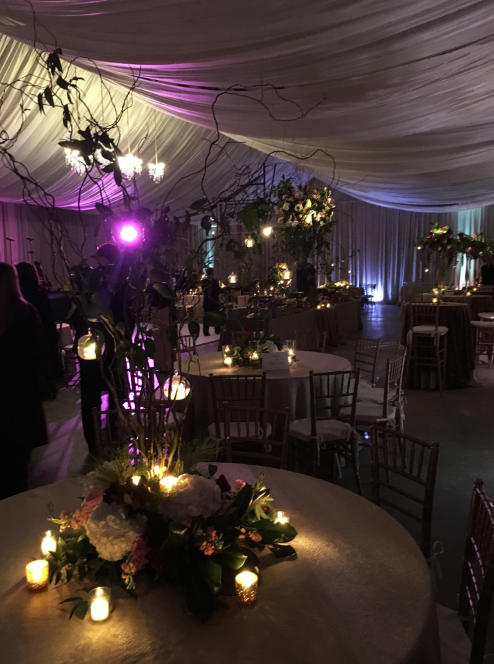 We left from there… In the 1962 Chevy… In a tuxedo and formal dress… And went to McDonald’s to pick up chicken nuggets… To take to a finger food party at Ross and Laura’s. I changed before we went over since we were watching Christmas Vacation and Home Alone in the backyard around the fire. 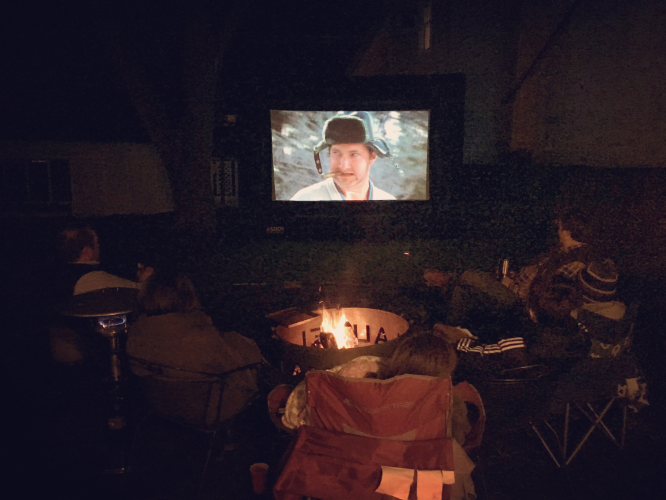 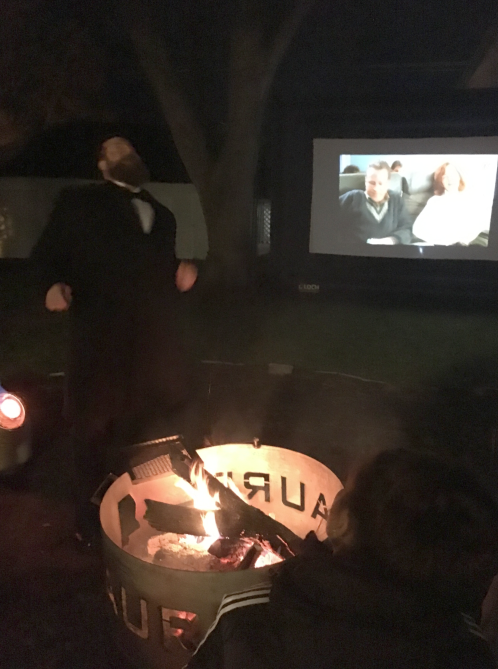 Cause it’s fancy, you know? 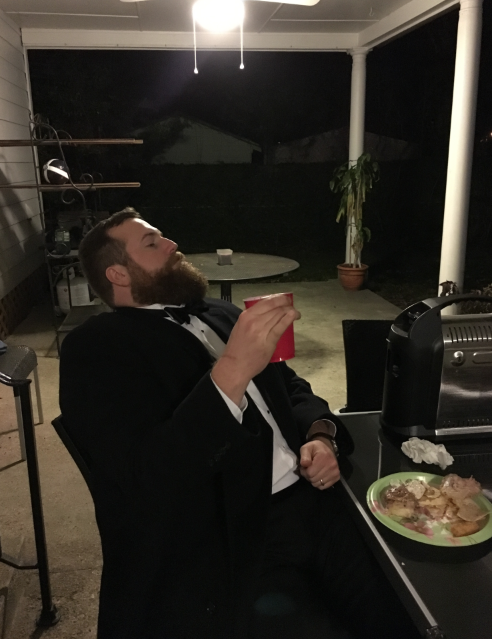