So we’ve made it to the end of block one of season one in which we’ve renovated 3 houses. Almost. The next 2 weeks will feel like finals week x 2 as we reveal all 3 houses while starting number four which is part of block two… With 4 houses! You following me?

In short… We’re going to be very busy bees for the next couple weeks, starting today with Ben wrapping up a lot of his woodworking projects for block one and me being his helper in today’s absence of our awesome woodshop assistant, Bryant.

It’s the first day of summer and while it wasn’t as blistering hot as it was last week, it was sweaty enough that a quick stop by Josh and Emily’s pool was a requirement to finish out the day. 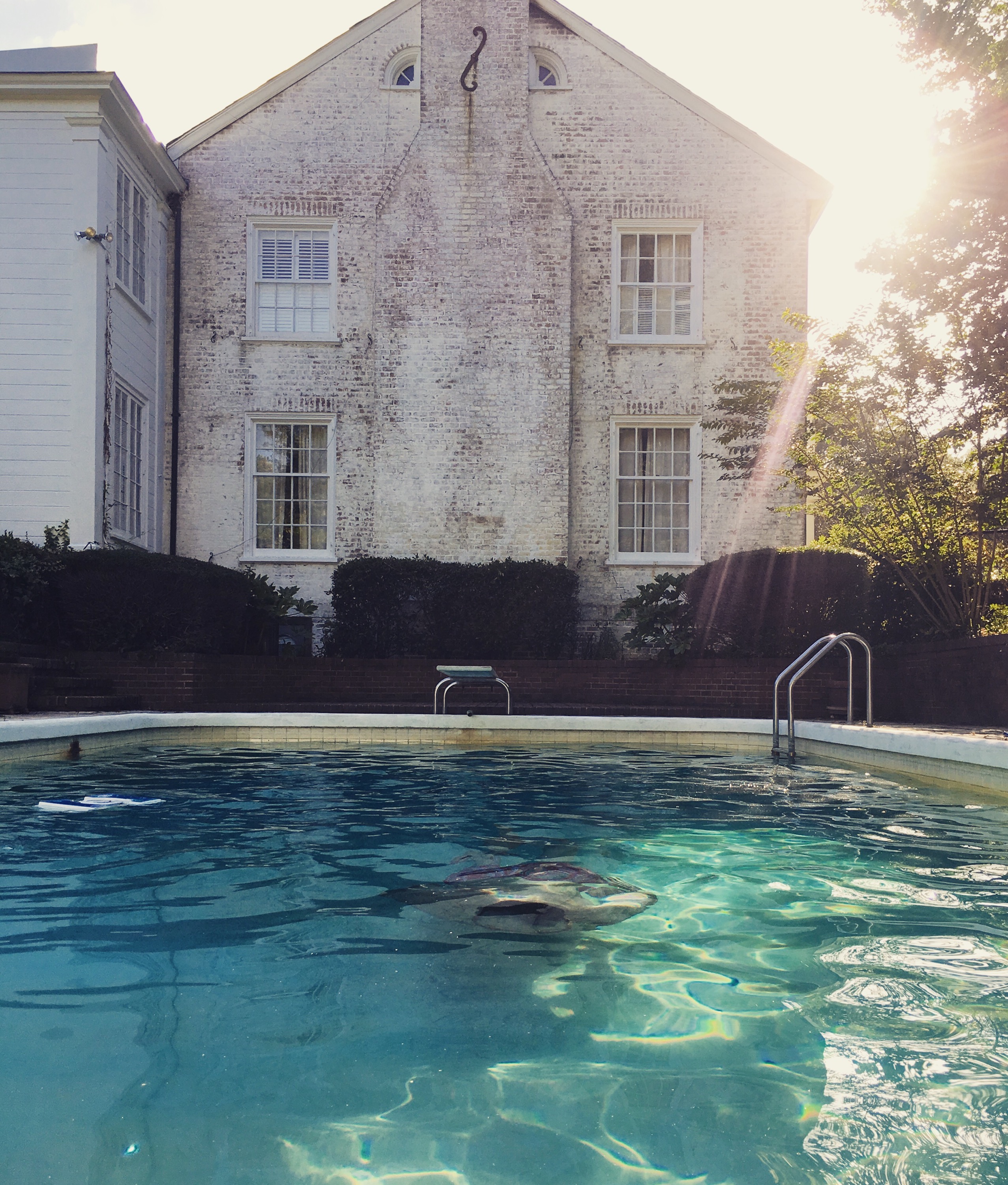 So… Here we go. Finishing strong for finals. Go team!