In years past my year end reviews documented mostly small happenings that were deeply important to us, the long walks on cool days, the pasta for supper on the porch. There were flashes of greatness—moments bigger than ourselves that we could not see, at the time, connecting. But they were. They were all connecting and weaving this unbelievable story all along, right under our noses. This year was a little different from years past with huge milestone moments happening monthly that uprooted us from our routines and started to change what normalcy looks like for us. I don’t believe anyone ever knows what to do when they find out they will be part of a TV show on the #3 cable network in America. Because of this incredible gift, this enormous opportunity, I know that our lives will change in 2017 and the end of 2016 has been all about preparing for that mentally and emotionally for me.

For starters, my introversion has started to creep in on me more and more since sweet folks I haven’t met before are more interested in talking to me, and that’s meant time spent talking about it with Ben and working on it the best I can, to learn how to act like an extrovert, to figure out how to handle attention that I’m not used to just yet. I’m also as surprised as anyone to find that I’m thinking more about starting a family if that’s in God’s plan for us, though I’m not going to put undue pressure on myself about that. We only pretend to be in control of our lives and nothing has ever happened that wasn’t put into motion by our Father. There’s so much incredible, delicious freedom in knowing that—that I’m really not in control. The One who loves me most is. And I’m thankful for having learned that lesson over the last 7 years, when I started this journal on January 1, 2010. So much has happened. I’m fortunate to have a documented history of our years together as newlyweds, building our lives and our careers. In 2016, these are the moments that I don’t ever want to forget: 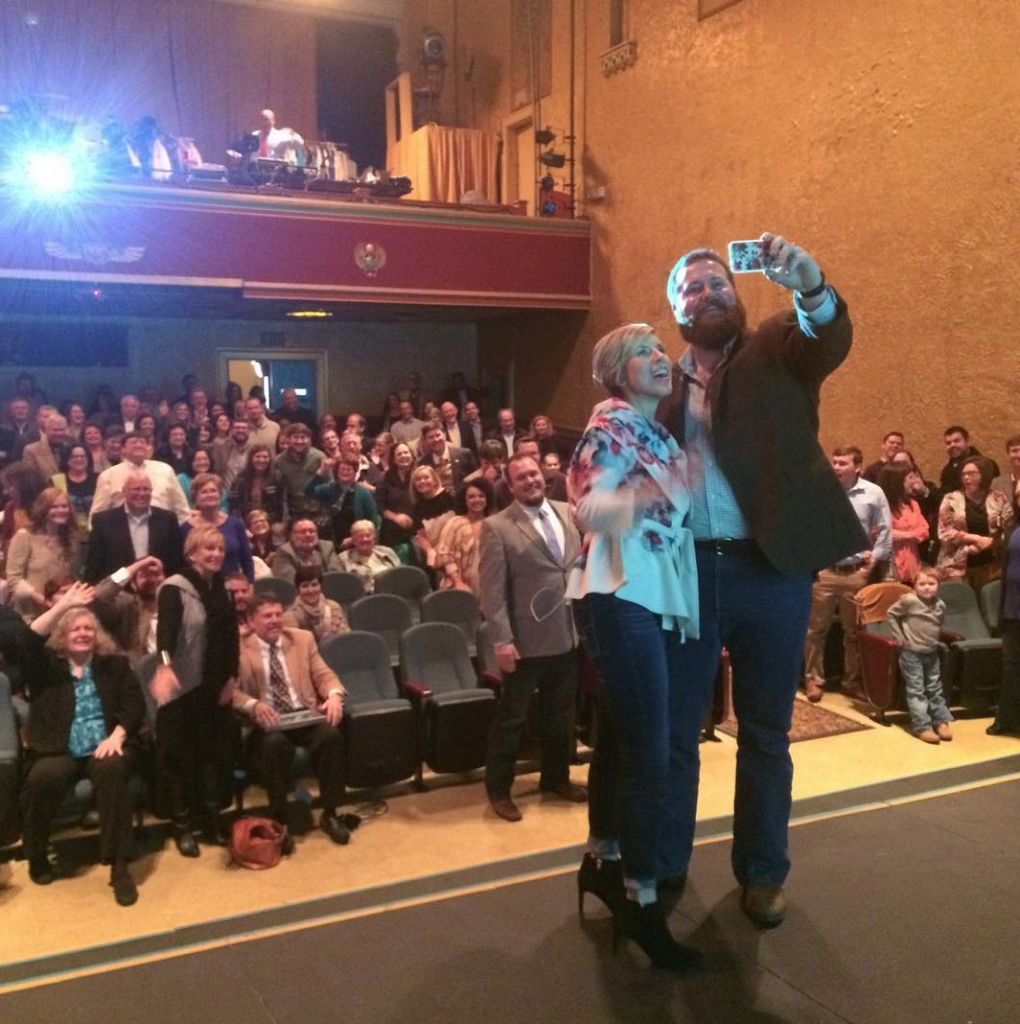 We watched the last season of Downton Abbey, and I made my roasted tomato bisque for the premiere. It was always our January tradition.

We FINALLY got to tell the world we had made a pilot for HGTV last summer!

The premiere party at the Arabian Theatre was surreal. 2.2 million viewers tuned in to watch Home Town all over America.

We had one of those glorious false spring days. 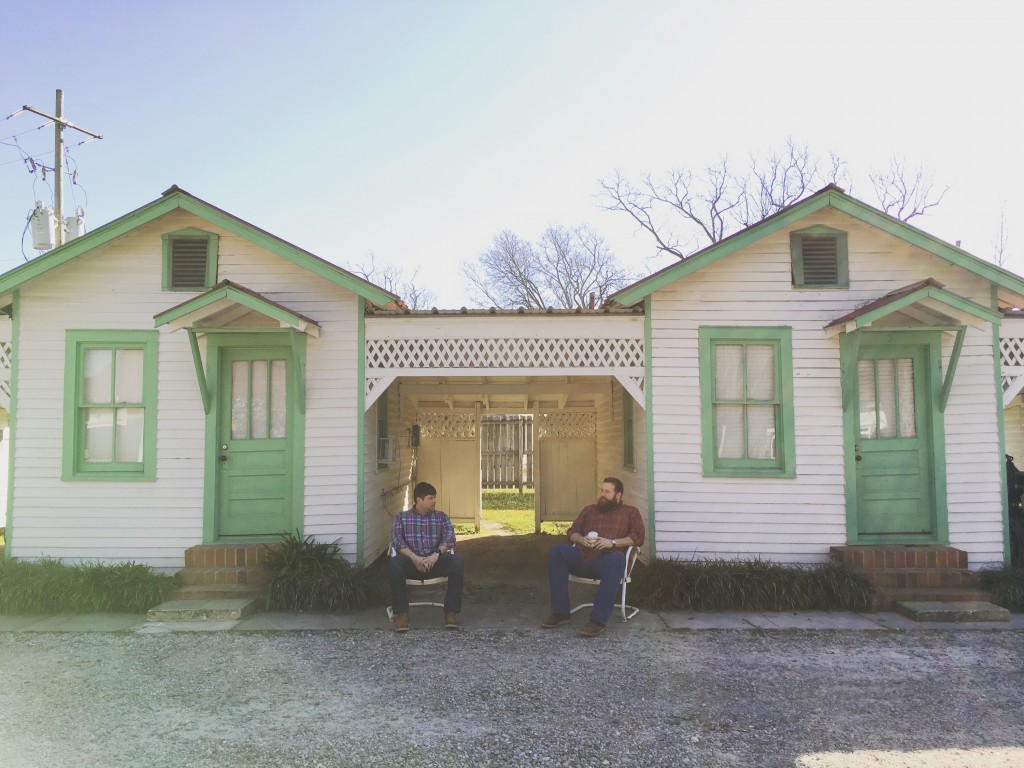 We were hired to design a new bakery in town. It was a diamond in the rough.

My big brother turned 39 and my family came over for spaghetti and meatballs—our family tradition.

Ben stole my heart again with our 7th Anniversary book then we took a Valentine’s trip to St. Francisville with Jim and Mal.

We started dreaming about opening the mercantile.

While Jimmy Don was staying the weekend with us for the chili cookoff, we got word that HGTV ordered season 1! We got the greenlight! 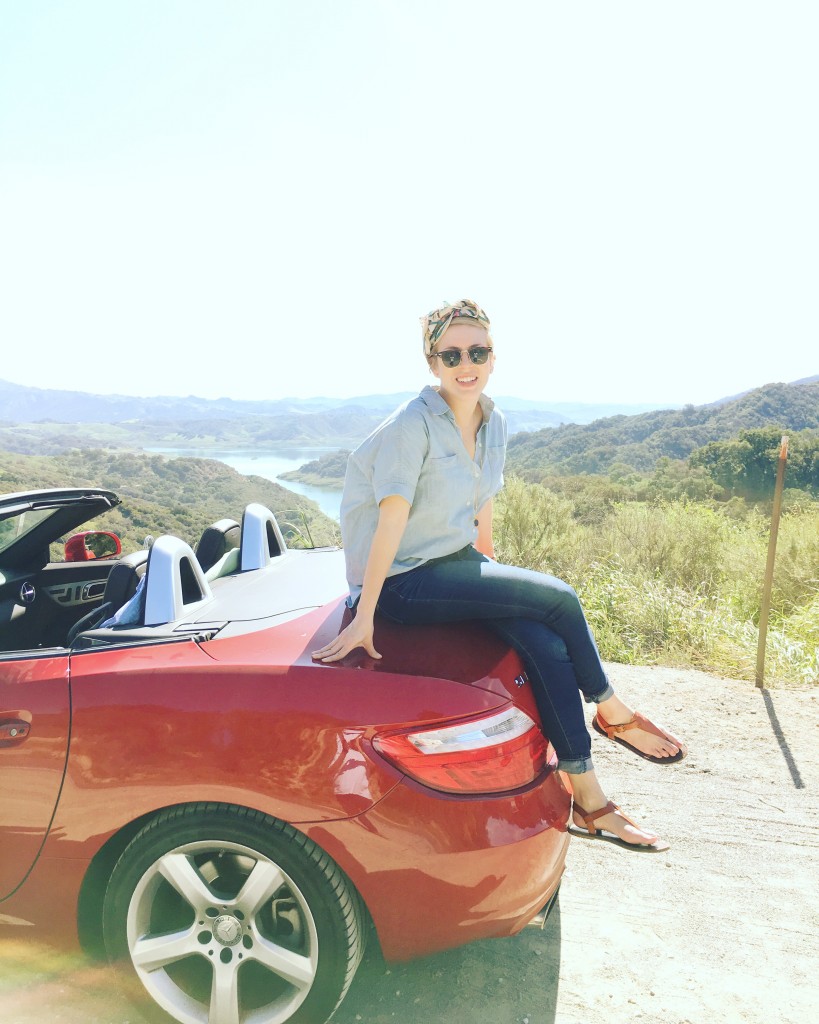 Mallorie turned 30 and we partied.

We flew to Waco with our economic development and city officials.

We spent 2 weeks in California making commercials for Bank of America where we were treated like movie stars! We couldn’t believe it! 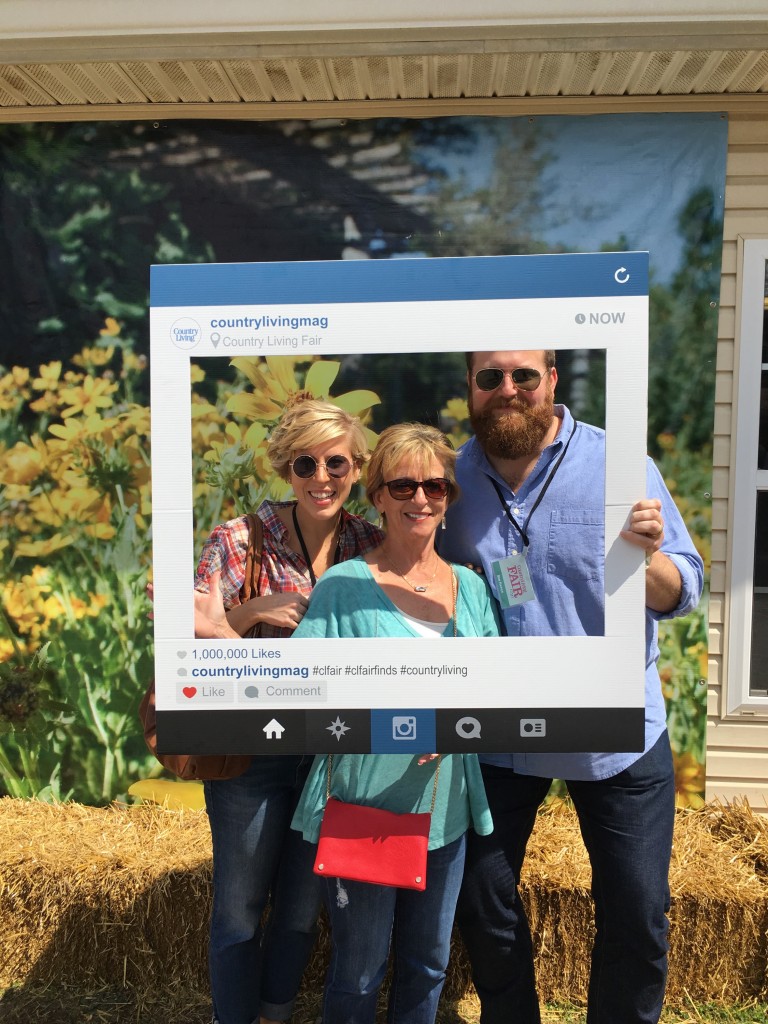 We had the best supper on the porch.

Which led me to close Lucky Luxe. It was a scary decision, but the best one.

Then I decided it was time to sell Lucky Bug. I needed more room to haul stuff!

We spoke in Nashville at the Country Living Fair and mama, Mal and Jim came with us!

While we were in Nashville, we bought Ouida Wagoneer!

The Home Town crew rolled into town before our big adventure! 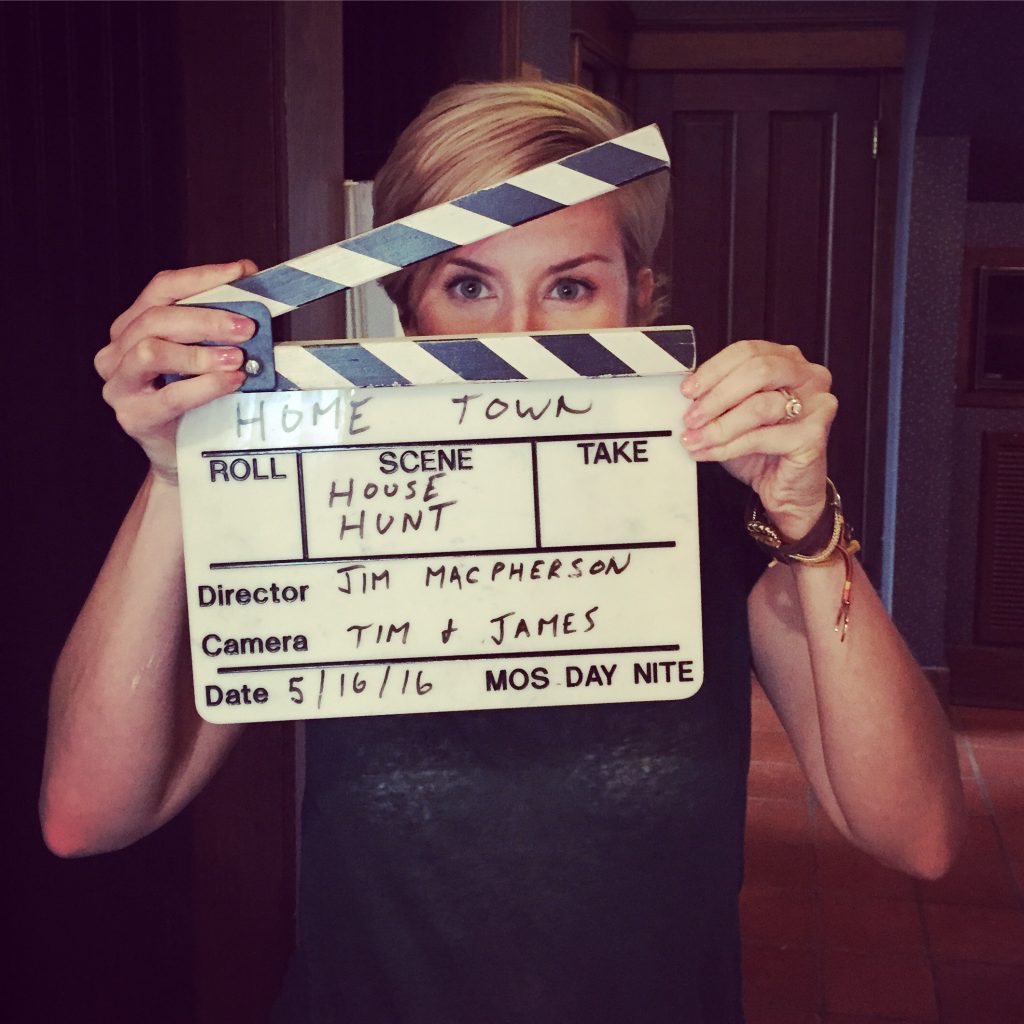 My sweet parents hosted an incredible party for the cast, crew and producers.

Brian Patrick Flynn came to see us and we became fast friends.

Our framily had dinner and made a plan. We were going to reopen the Laurel Mercantile Co.!

Ross and Laura had a baby girl!

We had our first Camp Home Town pool party at Angie’s house. 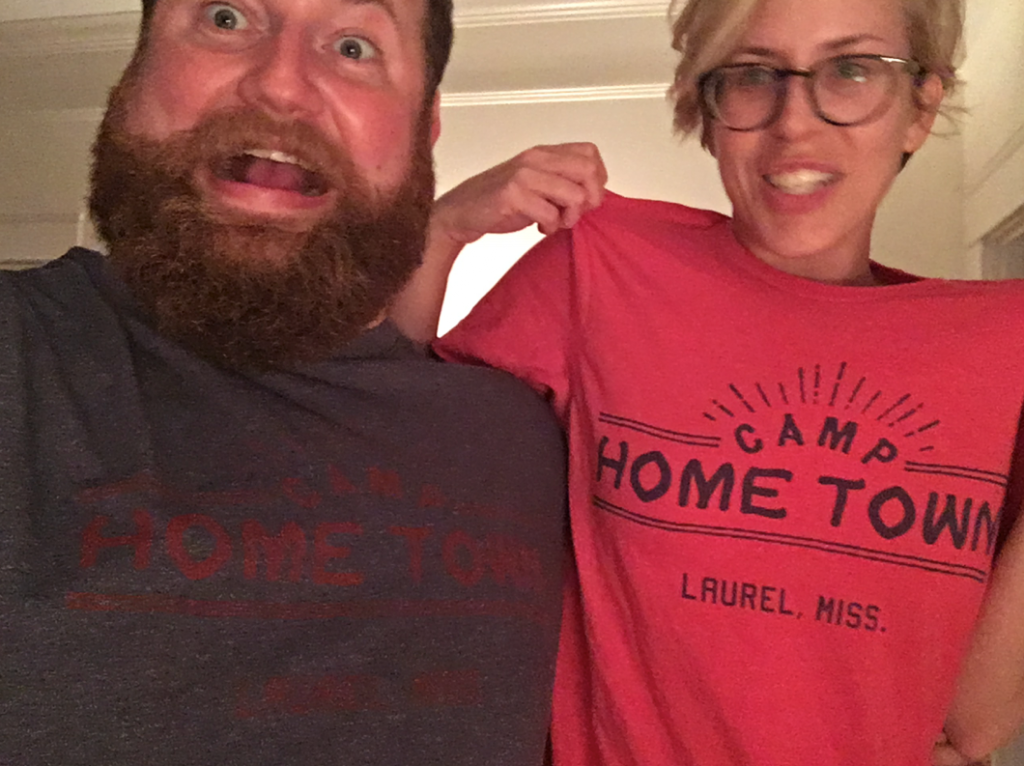 We finally announced our Bank of America partnership!

We went to the beach with mama and daddy and listened to Chris Stapleton nonstop.

The first farmer’s market and movie night was a blast.

Filming the show was the time of our life, and our crew and producers became our family.

We announced our plan for the Laurel Mercantile Co.! 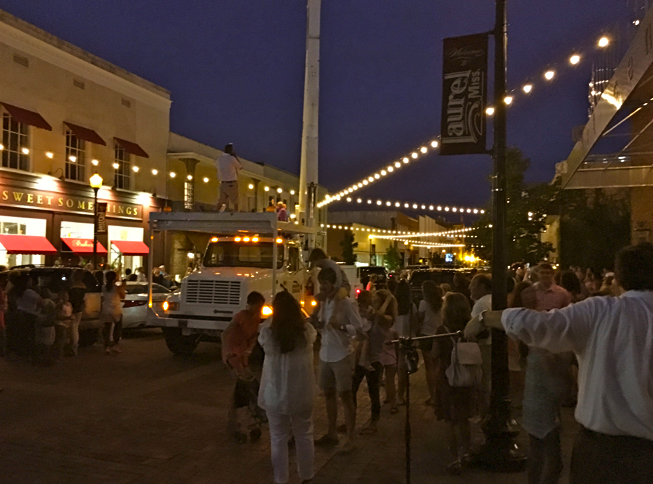 We took a road trip to Savannah and Wakulla Springs with Jim and Mal.

The Preppy Texan came to visit.

Laurel’s rebirth took my breath away.

Mama swooped in and saved my bacon, and Mammaw is doing well in her new home. 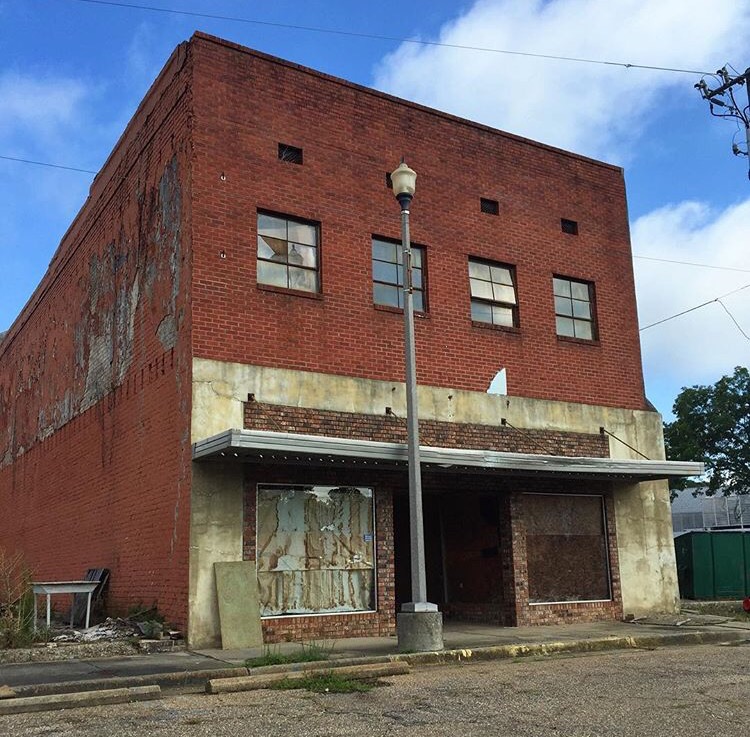 We showed y’all the ‘before’ of Laurel Mercantile Co.

I lost my Aunt Charlotte.

I really bonded with our director, Jim. 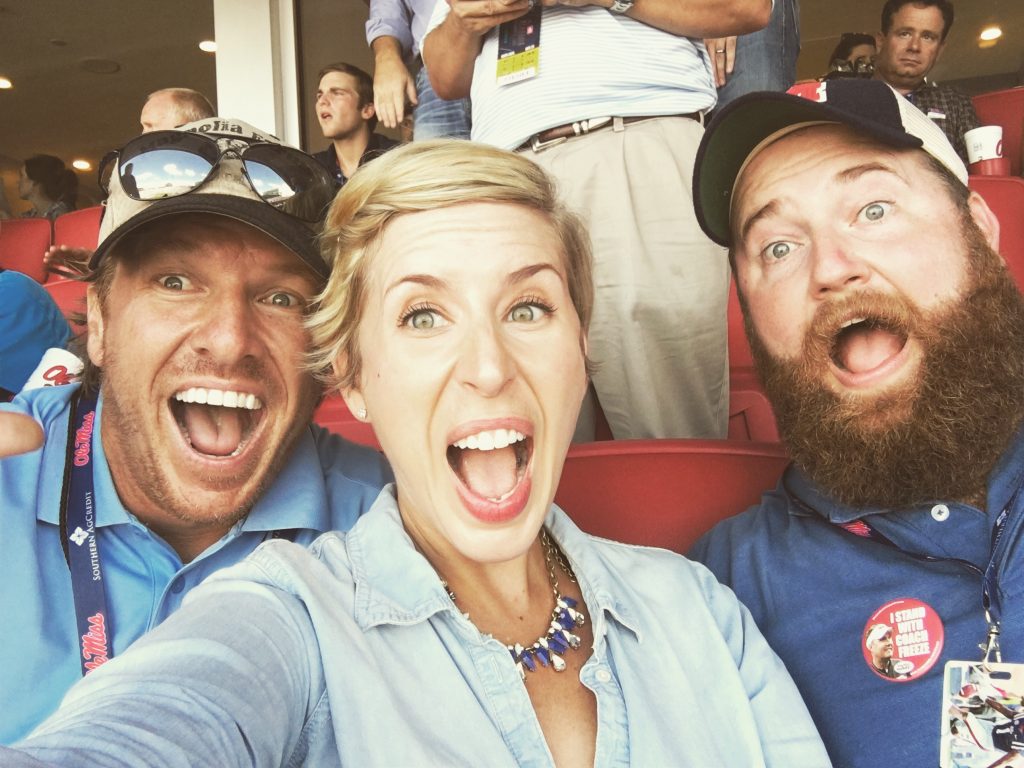 We went to New Orleans and had a date night before we filmed with the Property Brothers.

Our family’s fall football tradition was back.

We went to Charlotte for a Bank of America media tour at Panther Stadium.

We took the film crew to the Ole Miss vs. Alabama game and ran into ole Chipper Gaines.

We discovered the amazing, heartbreaking, wonderful This Is Us.

Ben turned 33 years old on a trip to Texas. He got a new gun, a steak, and a cowboy movie. 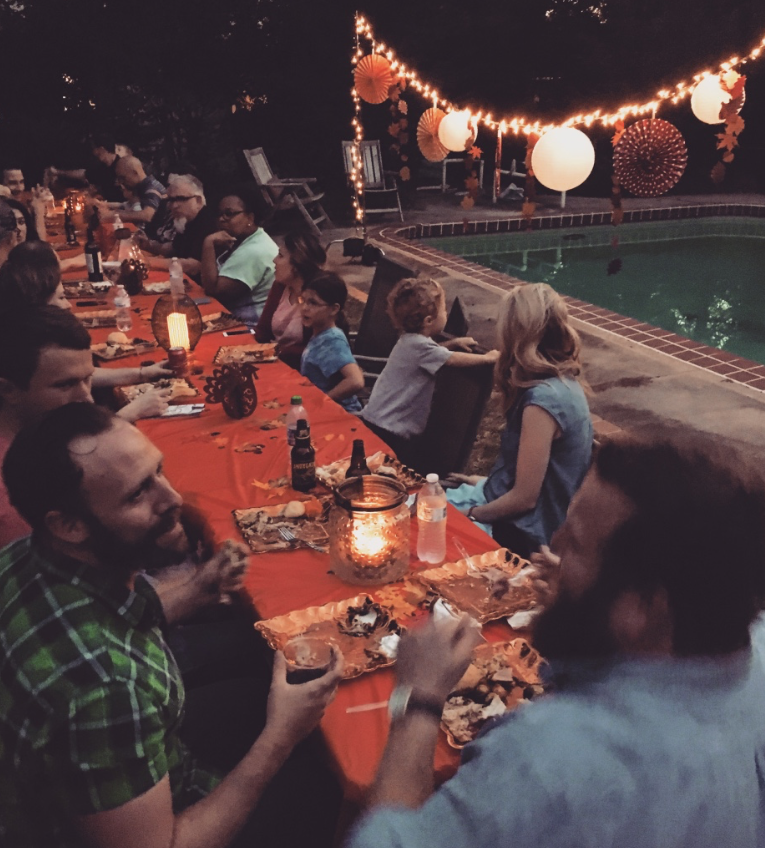 We had the best Loblolly ever.

I relished the creative challenges the show gave me.

We had our first Canadian Thanksgiving.

We got to go to HGTV headquarters in Knoxville for our first promo shoot!

We went to St. Augustine on our way to a speaking engagement and remembered our life 2.5 years ago.

Ouida Wagoneer was totally restored. Well, except the engine.

We sold Lucky Bug and it was so bittersweet. 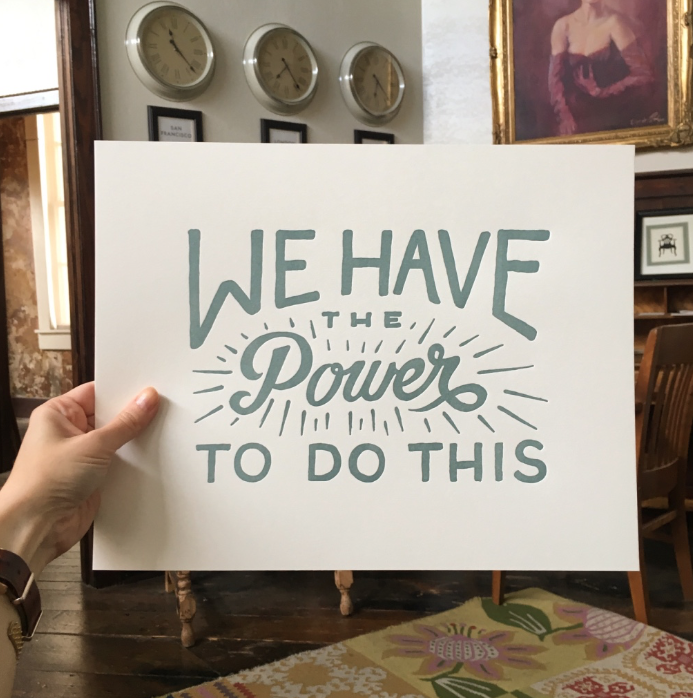 The last day of filming. I can’t believe we did it!

We had Mercantile photo shoots for the guys and for the girls.

We went to NYC for Bank of America and had an incredible week.

This Is Us made me appreciate football with my daddy more.

We did a Friendsgiving photo shoot with our dearest friends and entire families for one of our favorite magazines.

We packed up Mammaw’s house.

We burned the midnight oil for weeks to get the store open in time for Pancake Day. 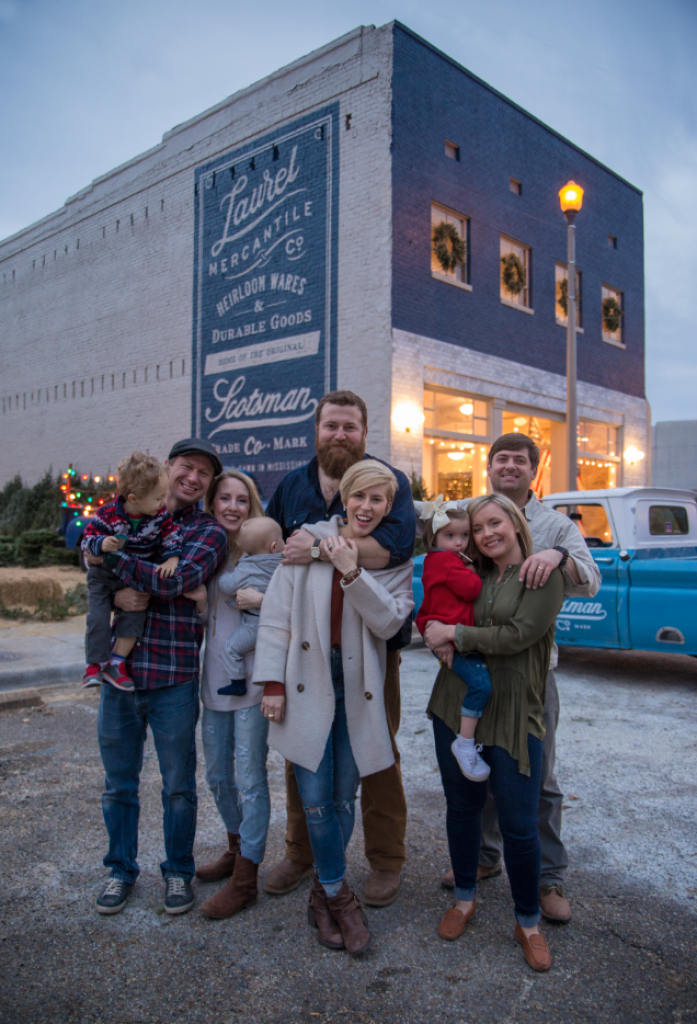 We had our soft opening… And then we announced it.

And we finally had our big, official opening day of the Laurel Mercantile Co.!

Our appearance on Property Brothers aired.

It warmed my heart to see how the Mercantile became a neighborhood hangout.

We spent plenty of quality time with our families for Christmas.

I’m looking forward to 2017 with this same old Annie Besant quote that resurfaces here at least annually: “Never forget that life can only be nobly inspired and rightly lived if you take it bravely and gallantly, as a splendid adventure in which you are setting out into an unknown country, to meet many a joy, to find many a comrade, to win and lose many a battle.”

I hope to live a nobly inspired life, in the public eye, for better or for worse. It’s scary to dive into the deep end if you’ve never done it before, but 2017 will be that year for us. Let’s go!