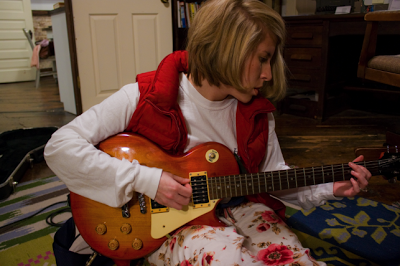 After much pressure from Ben and some other family and friends, I suppose I’m going to play and sing somewhere soon. I bet some of you didn’t know that when I was very young, I played guitar and sang all over. It was my job in high school, playing for tips at coffee shops and small shows. The last time I played a proper “show” was in 2006 at Parrish Baker Pub in Oxford. Every few days, someone asks if I’m the girl that used to play all the Jewel songs (I was), and did I ever play anymore (I don’t)? Something about going to college put a bad taste in my mouth for aspiring musicians—I saw them mostly as slackers and dreamers in denial about their actual ability, two things I did not want to be. I’m no song writer—I completely accepted that when I was 16 years old. But sometimes… It’s fun to play a really good cover song that everyone knows. That everyone can sing along to. 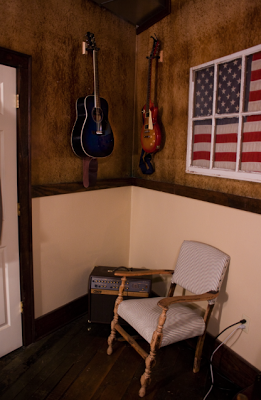 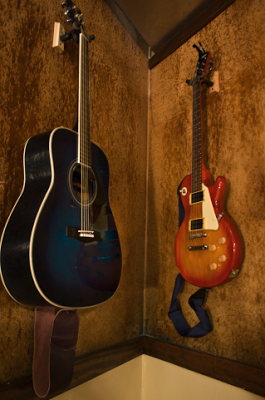 Because Ben is doing all he can to butter up my musical heartstrings, he bought these things so I can hang my guitars in the office thus forcing me to see them and enticing me to play them. I used to be a pretty good guitarist, but now I’m very very rusty. I sat for an hour tonight trying to learn some Blue Mountain and Cary Hudson songs. I have no idea how he does it.
The Epiphone Les Paul was given to me by a near stranger. It’s the most bizarre story how I acquired it. When I was about 15, I was obsessed with Gibson Les Paul guitars. I was drooling over a guitar catalog one night before a show at Signature Coffee House when Jason, a guy whose last name I’ve never known, asked if I had ever played a Les Paul. I remember that he was kind of thin, had a reddish beard and ponytail. He created my favorite drink at Signature—it was called Jason’s Special (later, it became the Eskimo Kiss).
I said, “No, but I really really want one. They’re so beautiful.”
He said, “I’ve got one at home. Meet me after school tomorrow and I’ll let you play it and see how you like it. You can take it home for a few days and make sure before you buy one.”
So I did. And the day after he lent me his guitar, he left town and never came back—no phone number to reach him at. All I know is he told his bosses he was moving to Asheville. He wanted to live in the mountains. And so, I now own his Epiphone Les Paul. Jason, wherever you are, I hope you’re living the dream.
Newer Post Older Post
Back to Journal