Tonight we found this comforter:

It will be going in a duvet just like this one in a matter of days. Except we’re taking this Simply Shabby Chic linen duvet (ignore those ruffly shams): 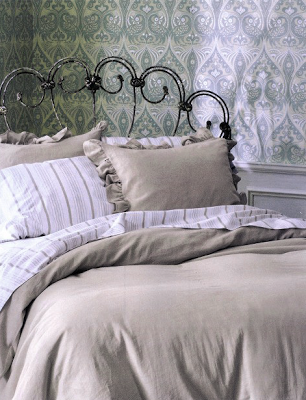 and slapping some stripes on it and some homemade linen shams. Cause it’ll only cost $80 vs. $339.

Few things give you the satisfaction of making something cool from something ho-hum. Try it!