Today was full of adventure. And touring. And I’ll tell you more about that in a minute. For now, here’s the day in pictures because I am too tired to say much tonight: 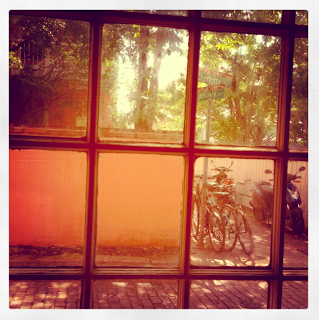 Breakfast at Denoel’s French pastry shop around the corner from our motel then lots of sightseeing. 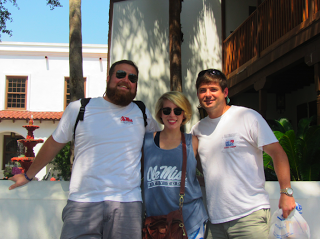 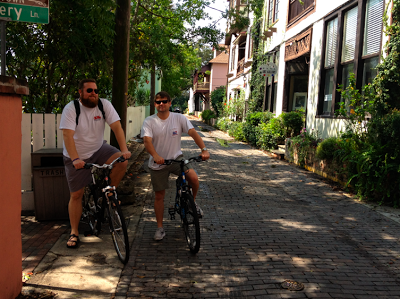 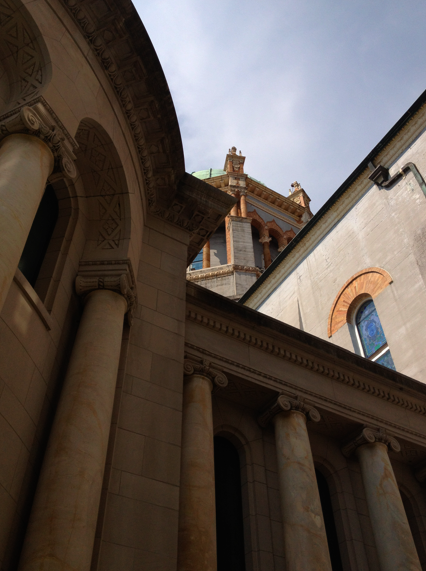 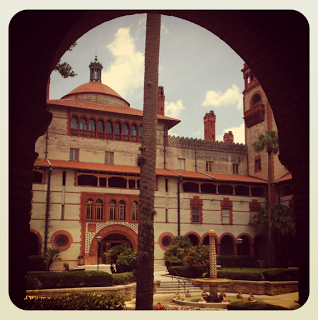 We toured Flagler College, the former Ponce de Leon hotel, which was my would’ve been alma mater. I got wait listed when I applied as a high school junior, and I’m still not over it. 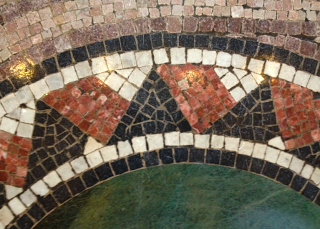 Can you spot the intentional mistake in the floor mosaic of Flagler’s grand rotunda? Flagler believed that only God could be perfect and he removed one tiny tile and replaced it with a black one to forever symbolize that humanity is flawed. I’ve been fascinated by this tile since I was 11 years old. 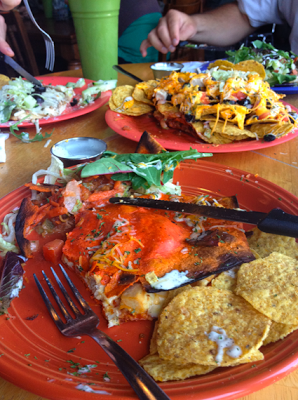 Then lunch at Flavors Eatery, a favorite of mine and Ben’s since 2005 when Ben’s friends Jason and Laura opened it. They’ve since sold the restaurant but the creamy house garlic sauce recipe is the same and is still to die for. The food is Greek/Mexican I guess? It’s hard to pinpoint.

And then… We hopped on the Old Town Trolley sightseeing tour. Our driver was Bear, the drunk and uninformed tour guide. He slurred and mumbled his way through the first 20 minutes of our tour before a new driver took over (thankfully). Ole Bear was describing the nation’s oldest house to us as we passed by, “Thisis the oldest house. Built in eighteen for—no, I mean 1710. It was hit with cannons. No, I think it burned. I’m not sure. Anyway. Over there is the Cordova, I mean the Casa Monica Hotel. Oh hey! Looks like it’s raining. Come up front and get a poncho everbody, come on! Ponchos!” 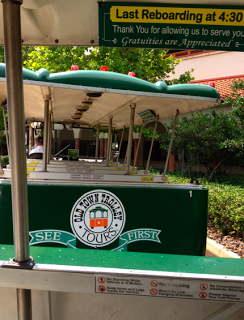 We were SO cracked up we couldn’t get over it. Ben spent the rest of the day playing “The Drunken Uninformed Tour Guide” for Jim and I. “And over here is the house where Flagson’s hotel guests’ horses would be stabled and slaughtered. Did you know St. Augustine was originally in Michigan, but they moved it because the French, I mean Spanish, wanted a more direct line to the Carolinas? I believe the hotel was actually built by Ponce duPont.” 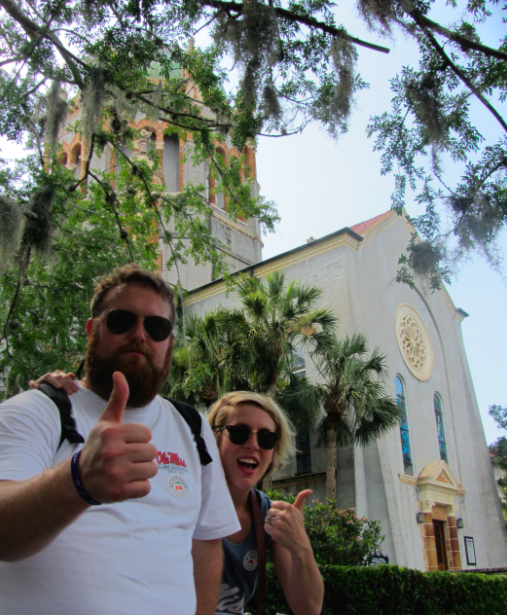 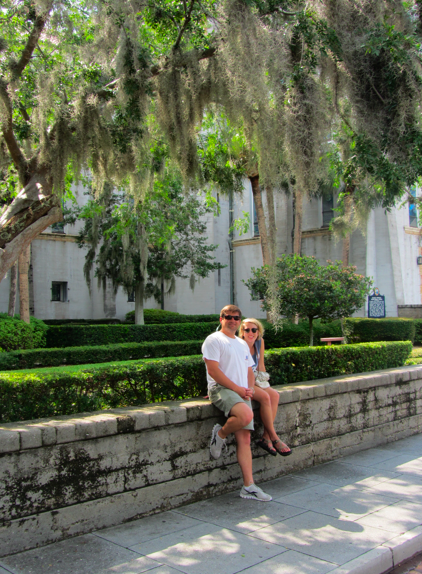 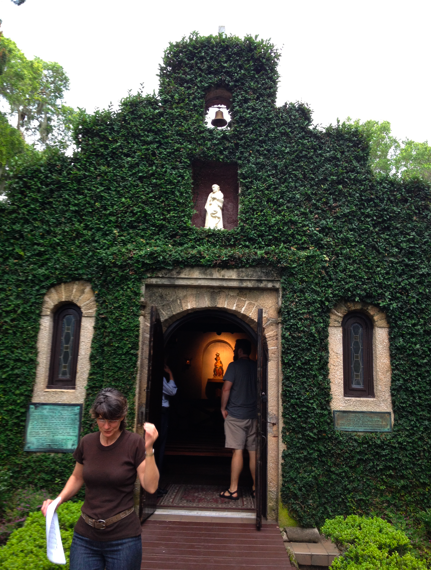 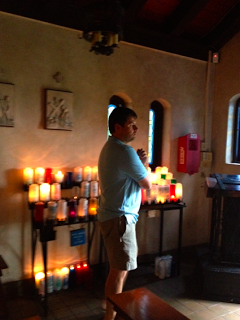 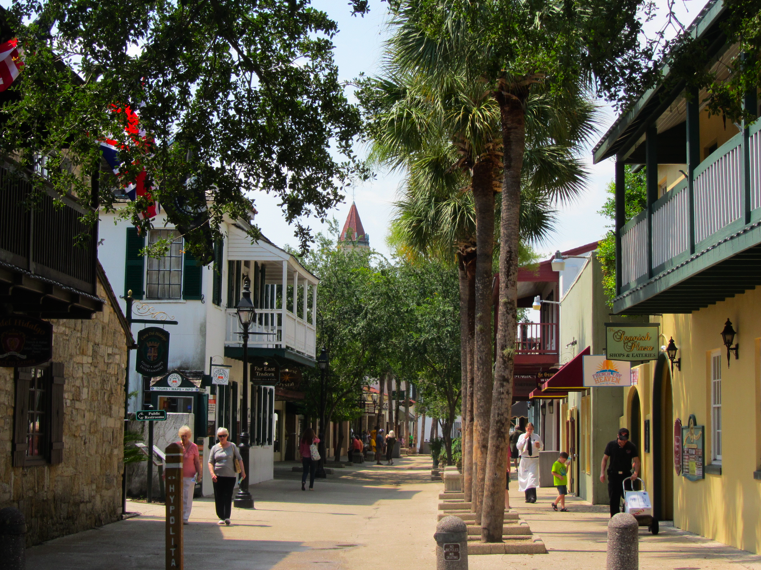 Then we went back to the motel for a swim before dinner at the Santa Maria, a restaurant that sits on pilings over the water where you can feed the fish while you eat. 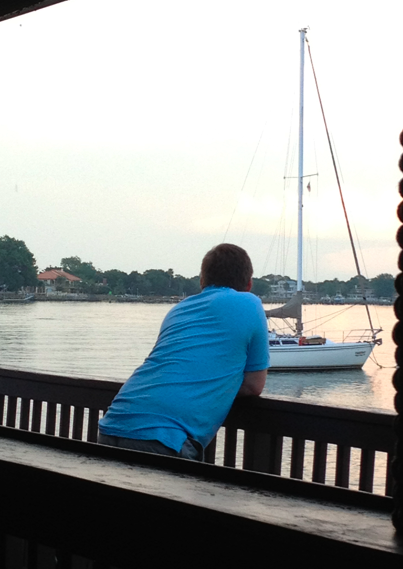 The view of our motel from the restaurant: 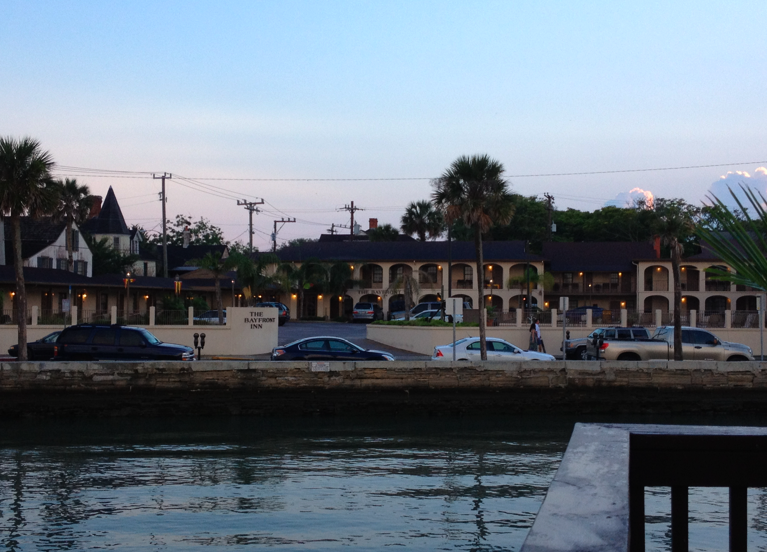 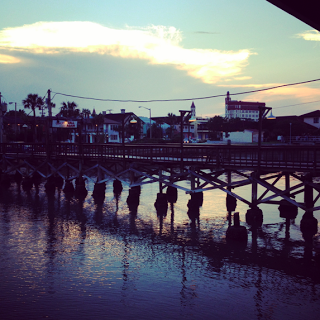 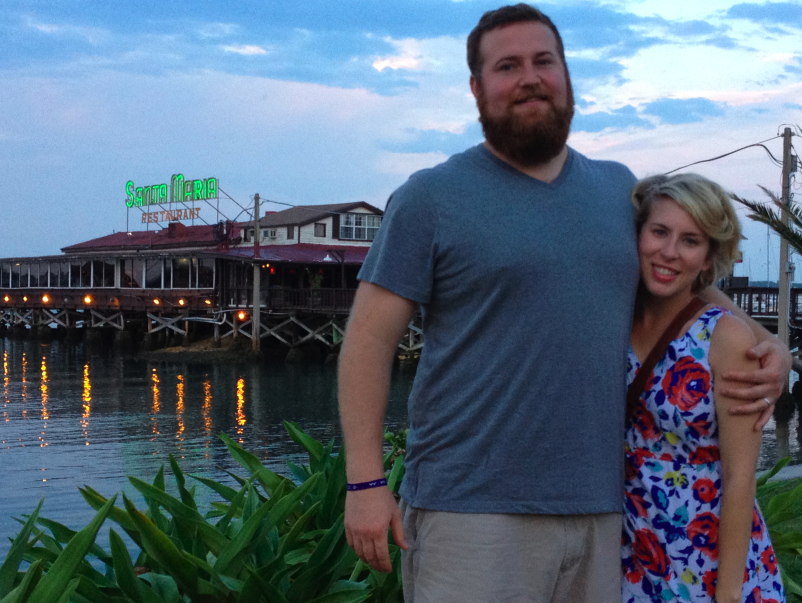 Examining the tongueless lions at the Bridge of Lion made from solid marble. Looks like Baker to me. 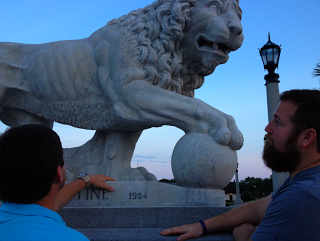 Then we explored downtown in search of dessert: 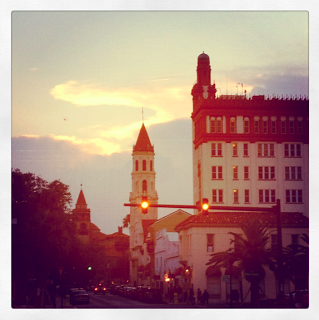 Ray Charles was playing from one of the stores. Which equals fun. 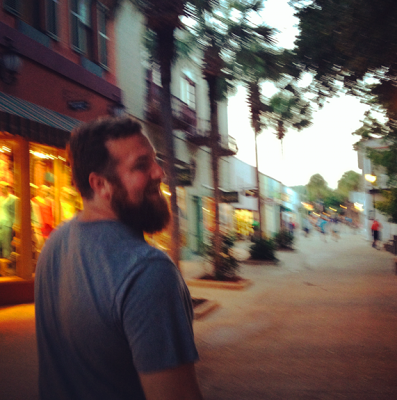 And at bedtime we ended up at an old fisherman’s watering hole called O.C. White’s that’s been there since 1790 because there was a man playing guitar and singing who sounded JUST like James Taylor. He was awesome. He played only songs we loved. 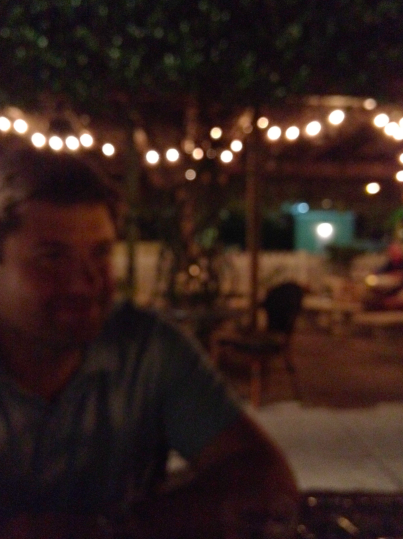 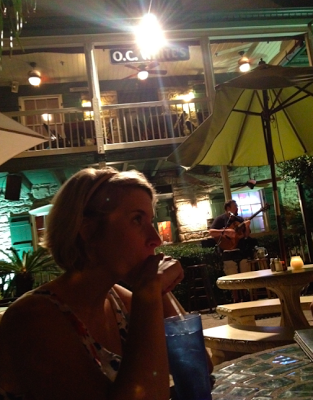 Ben making fun of the hipsters his youth so wish he would be, but I think he’s a cutie even then. 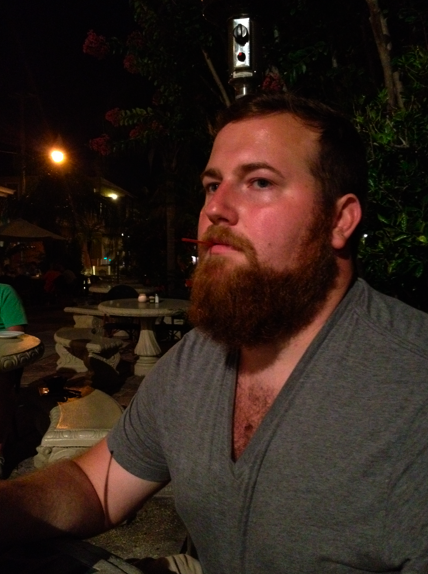 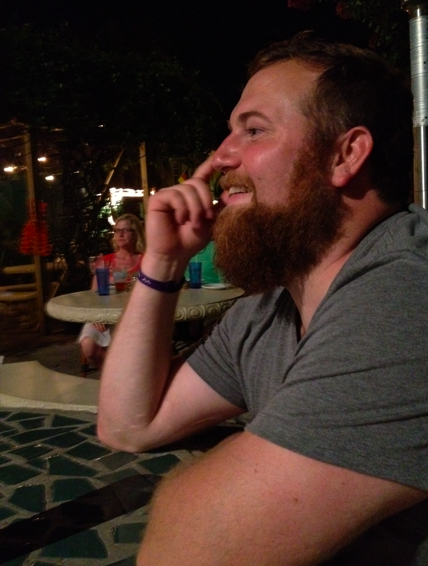