Before the lightning and thunder, while it was just quiet and muggy outside, both the dogs suddenly bolted. Baker (for the first time ever) tried to come inside our house, so I let him in the laundry room and Chevy flew into his dog craftsman (he would never go inside a building except his), as if they knew something was up. Baker was crying, which is unlike him and then I began to wonder exactly what kind of weather was on its way. I kept hugging him close and he was constantly pawing at me to hold his foot, so I did. 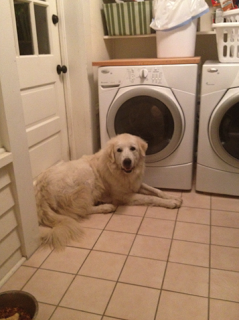 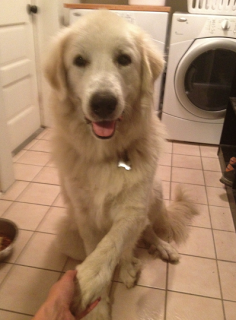 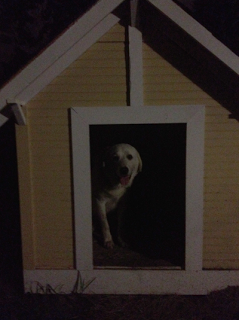 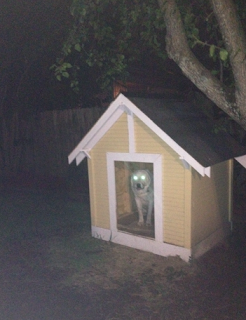 I hate the way cameras give them demon eyes!

Then the wind began to whip, and the air turned cold as the storm blew in. 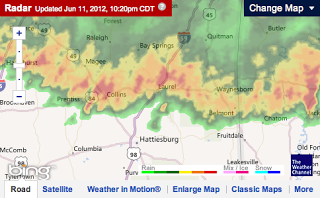 Isn’t it crazy that dogs know these things?