Mrs. Judy asked mama and I to visit the 39ers luncheon today so mama could do a reading and I could play guitar and sing a few songs. Mama was for some reason so nervous about speaking in front of everyone even though she’s done it several times now since she’s finished her books. Because of the holiday, Mrs. Judy asked if mama could share her thoughts on patriotism which naturally makes mama think of her parents and when my grandfather came home from the war. When he got off the ship he went straight to the drugstore where my 19 year-old grandmother worked and asked her to be his bride. The next day they were married. 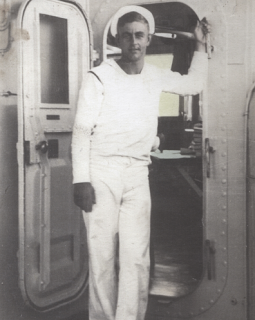 My grandfather, Ralph Clark, a sailor on the USS Indianapolis in WWII. 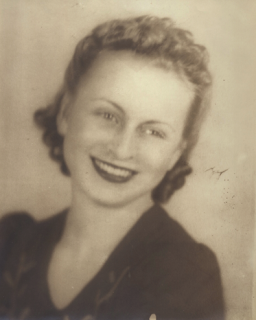 My grandmother, Helen Clark’s, engagement portrait for the Laurel Leader-Call.

As she was standing in front of everyone speaking, she seemed so comfortable, like she’d planned every word. She’s unpretentious—a trait that weighed heavily on me growing up. To me, she has every reason to be full of herself but she’s always been the first to tell you she’s just a country tomboy from Sandersville who’s not sure what she wants to be when she grows up. Being raised by a woman like that keeps you from being too proud of yourself, makes you a hard worker. Lucky for me she’s creative. An artist who made sure I understood how urgent it was to be creative as often as possible.  As she read the last sentences of the story, The War Bride, about my grandparents’ love story and the war, her voice cracked as she held back tears. It was the sweetest thing, it made me want to cry with her. Because it snuck up on her and everyone else in the room who was listening, too. She’s just so talented. 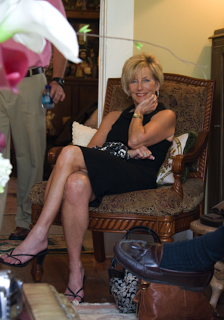 I’m proud of her. And so very happy to be her girl.