Today was the runoff for our city elections in which we had some choices to make:

For mayor, we had Johnny Magee, an experienced councilman who’s always voted well for Laurel.

Or Omeria Scott, a state representative that was making a lot of people very nervous with her plans for a total turnover/changeup in city hall if elected.

Mr. Johnny won, and I can’t explain how relieved we are. This means he’ll be up against Ken Keyes, a local businessman running as an independent in the big election on June 4. No matter who wins that race, I feel like everything’s going to be okay in our little Mayberry. Thanks be to God!

When our circuit clerk announced the results, I felt like my heart might explode. There was so much anxiety in the room! 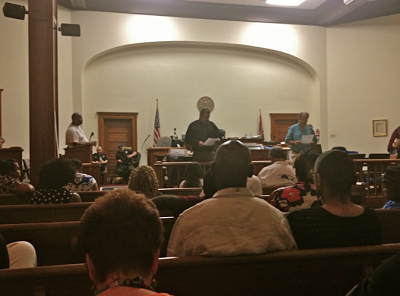 As far as things go for our particular ward, Ben’s opponents were in the runoff and the 20 year incumbent won by just 9 votes. The battle isn’t won yet, but it’s certainly within reach now. The incumbent’s voters are losing enthusiasm, he’s tired from campaigning, and we just got our second wind. Let’s do this, Mitter Ben!

Today, so much changed for our city government. The old money and grandeur that’s kept our city beautiful for so many years won’t last forever. It takes people who care enough to make something new happen, and I feel like we’re there. Things are changing and getting better every single day. It feels so tangible! 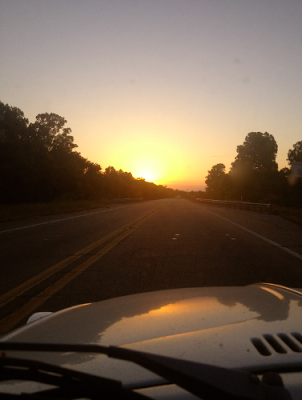 P.S. To all of you who left so many sweet sweet remarks on yesterday’s blog in my defense, you made an anxious day into an uplifting one. I would like for you to know that while I’ve had Oklahoma on my heart, you know all about that. This blog is simply an online daily journal of my life, not of national events or sad things. I’ve not asked anyone to read this, and I’m just happy to have any of you here that care to. I hope you’ll find the sunshine in your own tragedies, and I hope that same thing for the folks who are suffering so much in Oklahoma right now.