After we went running last night (late—we’re night owls), I actually had chillbumps from the dipping temperature that was in the low 60s. We were both dog tired after running, but I never really broke a sweat because it was so cool out. A minor miracle in this part of the country in September.

After we made it home I dug my all-time favorite fall shower gel out of the cabinet—spiced apple rapture from my senior year at Ole Miss. I use it so sparingly, for fear of losing a part of my youth the day that discontinued scent no longer exists in my cabinet. The smell made me dizzy with happiness, made me remember the best things about living in Oxford in the fall, eating hot cinammon rolls on Friday mornings at Bottletree Bakery, the chill down your spine when the band would start up the first strains of ‘Hype Chorale’ at a pep rally in the Grove (oh please click that link and hear at least the first part of the video!), the way chai tea lattes from Uptown Coffee tasted.

It was after midnight by the time I put on my real, proper pajamas, the kind with a collar and buttons and stripes, we pulled the porch bed linens warm out of the dryer, went outside with our bed pillows and our books. I brought my favorite Park Hill candle out there too, called Glady’s Kitchen (which smells exactly like that apple jack and peel fragrance by an old company called Claire Burke—do you remember it? My mother would use it from Halloween through Christmas when I was growing up). We lit citronella candles just in case, though we didn’t need them. 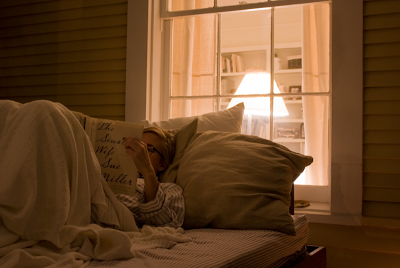 And we lay there bundled under cable knit blankets, reading our books (he, a noir book called Killing Mister Watson, me, a book I’ve been working on called The Senator’s Wife). Ben fell asleep in no time and I felt my eyes getting too heavy to keep reading after an hour. I nudged him awake and we groggily blew out the candles and retreated inside for the night (or morning?)

Speaking of morning, I found that taking Hominy Grill cornbread, toasting it, spreading butter on the halves, then eating with a little syrup is just about the best dang thing a person can have for breakfast. 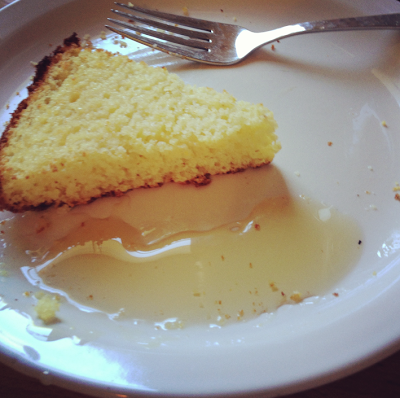