When I woke up, Ben had already been gone for an hour—back to health and working at the United Methodist men’s playground clean up at the church. By lunchtime he was home, in and out of the shower and we were on our way to New Orleans for a little quick trip for my late birthday (that was originally scheduled for Saturday). In the process, we got word that that rotten, evil virus had found its way to my sweet little 91 year old grandmother. Mrs. Dot, her daytime helper, found her passed out with dehyrdation when she arrived this morning and our hearts were just broken for her. Our parents were there right away, helping her, giving her Gatorade and water, and assured us it was best not to stop by—that she was talking and walking, just very weak and woozy. Y’all please say a little prayer for Mammaw, won’t you? Us whippersnappers between the ages of 10 and 70 can handle it, but littles ones and weak ones like her just really don’t deserve this mess.

We made it through the driving rain and wind, crossed the Pontchartrain and found a little restaurant called Ignatius open on Magazine Street that hit the spot. Our appetites are back to normal (though pizza won’t be on Ben’s wish list for quite some time), and we shared shrimp and grits and mac and cheese small plates. 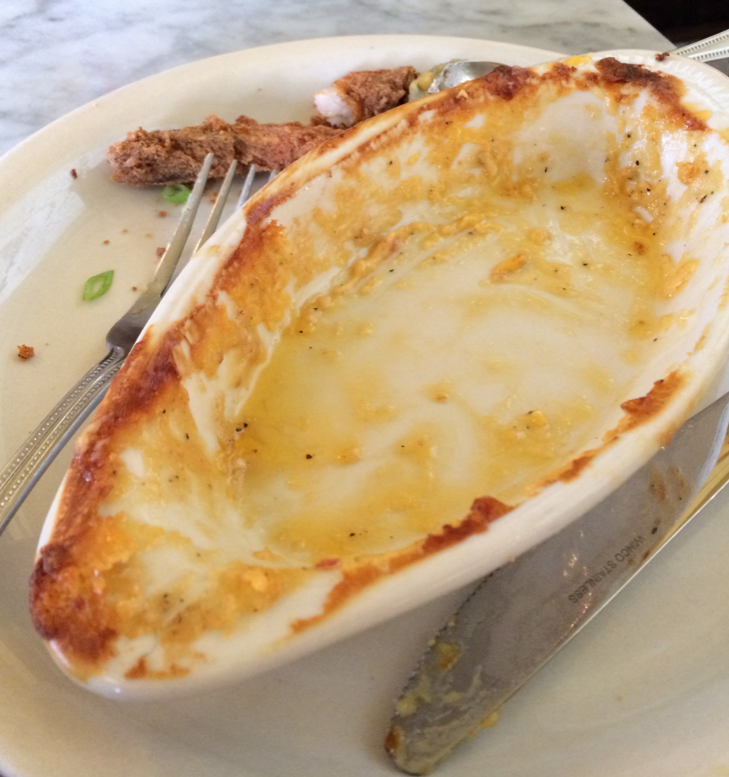 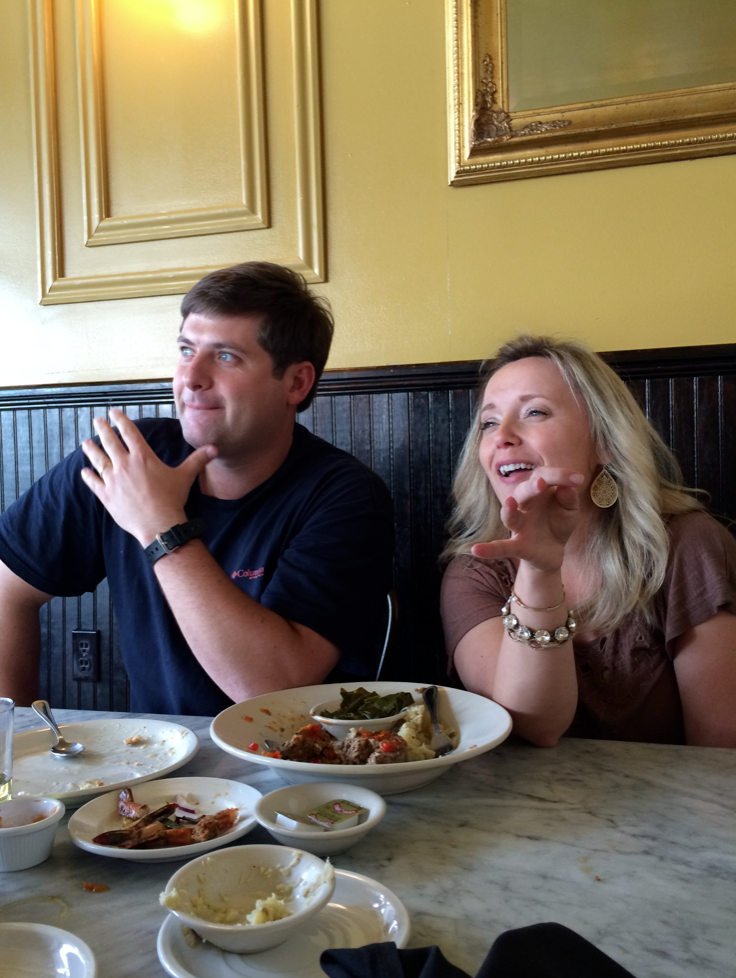 There were so many of these fallish leaves and colorful little blooms covering the sidewalks after the storm. It forced me to take a cliched feet picture. 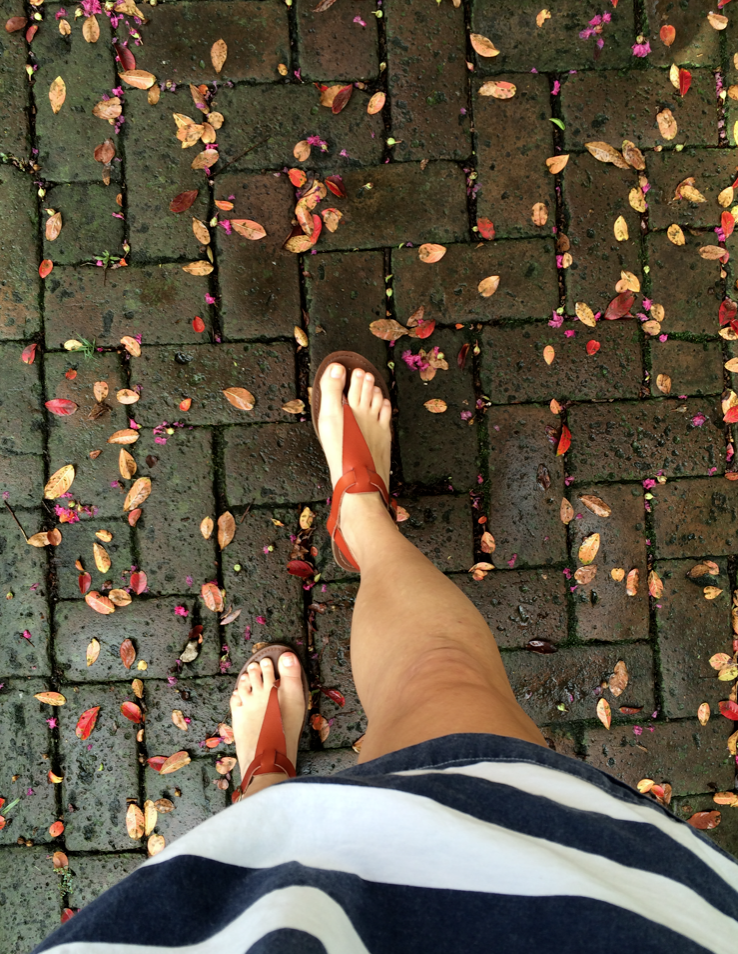 And I spotted an adorable house with a cool old C10 Chevy kind of like ours, but painted the happiest shade of red that merited a photograph: 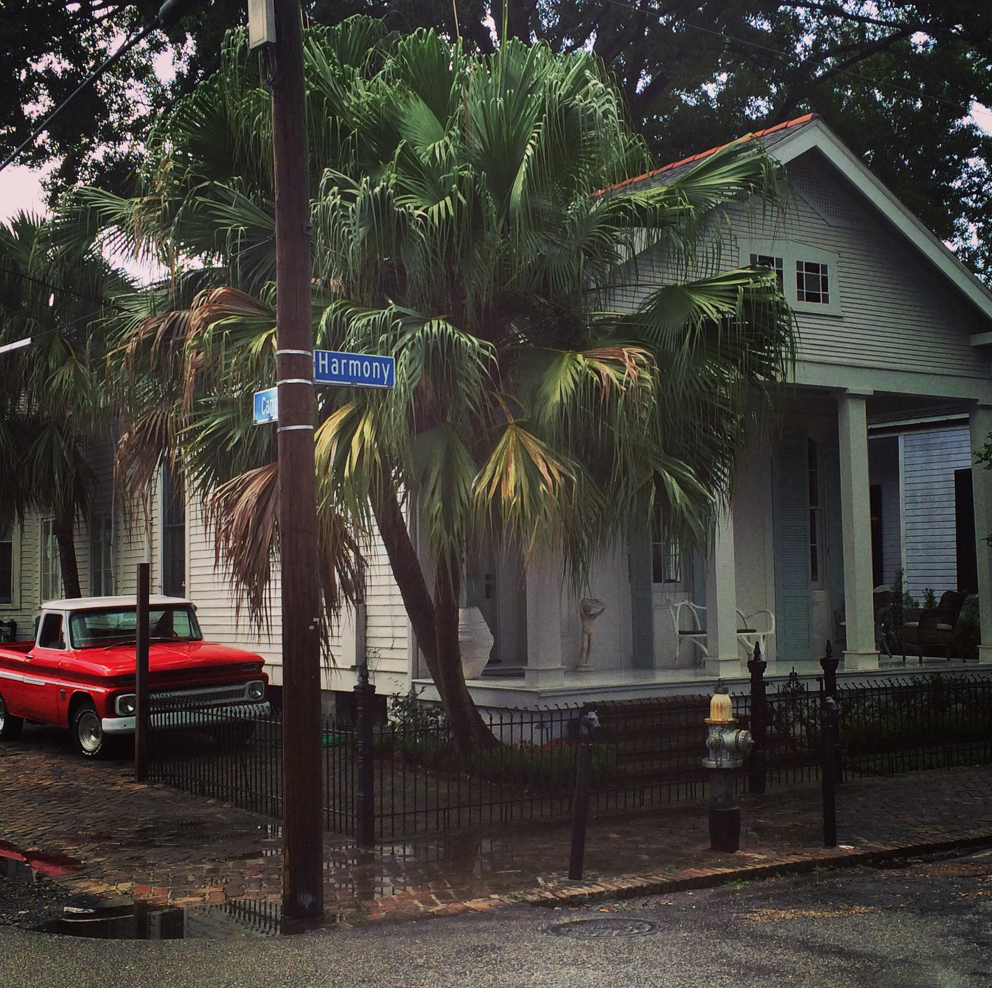 And that’s the end of our scenic walking on this trip. In fact, we walked about 1 block and called it a day on the foot traffic in the rain and headed for the swanky mall with the Pottery Barn so Mal and Jim could go pick out a new leather chair for the front living room. Ben found a classy recliner to model. 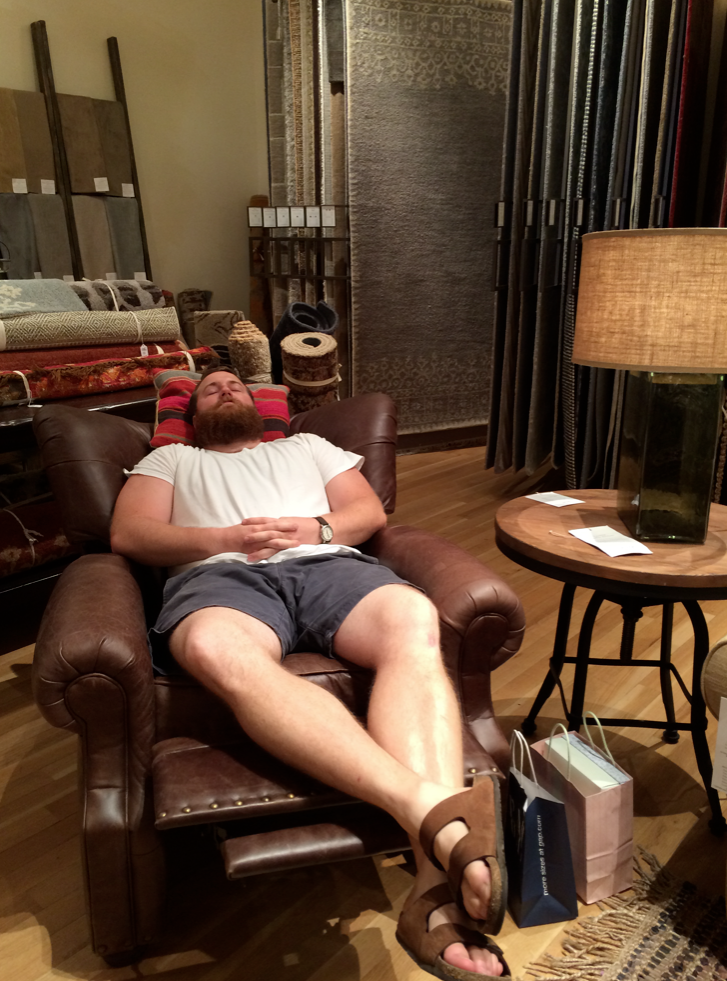 Turns out it was a really REALLY swanky mall, with a Restoration Hardware too. 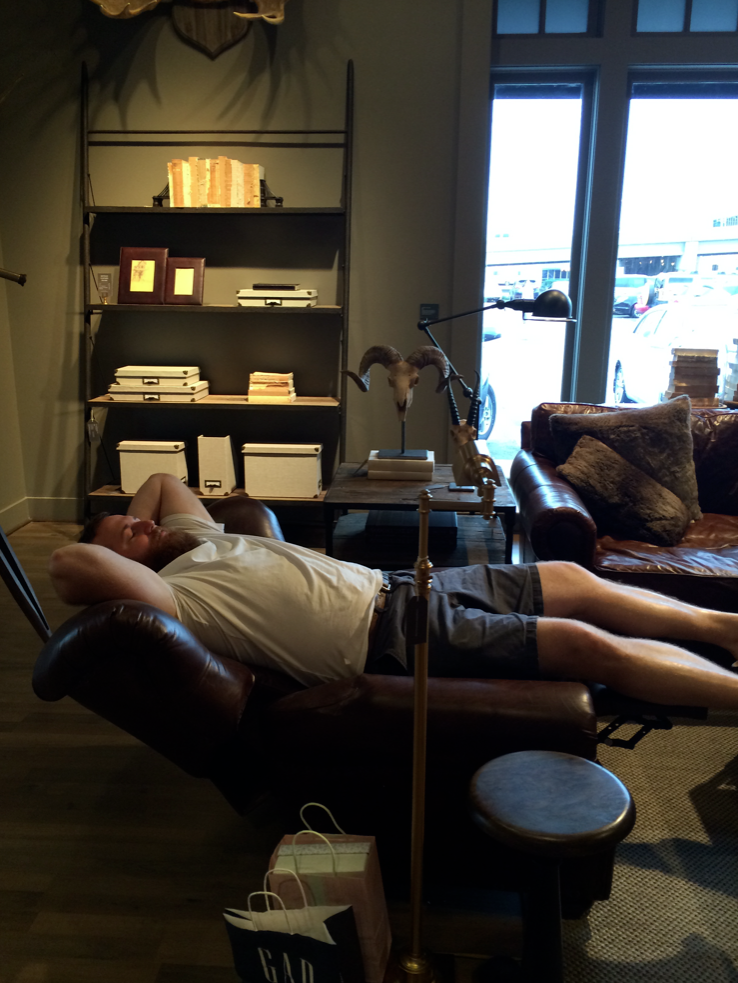 Where he also enjoyed testing. 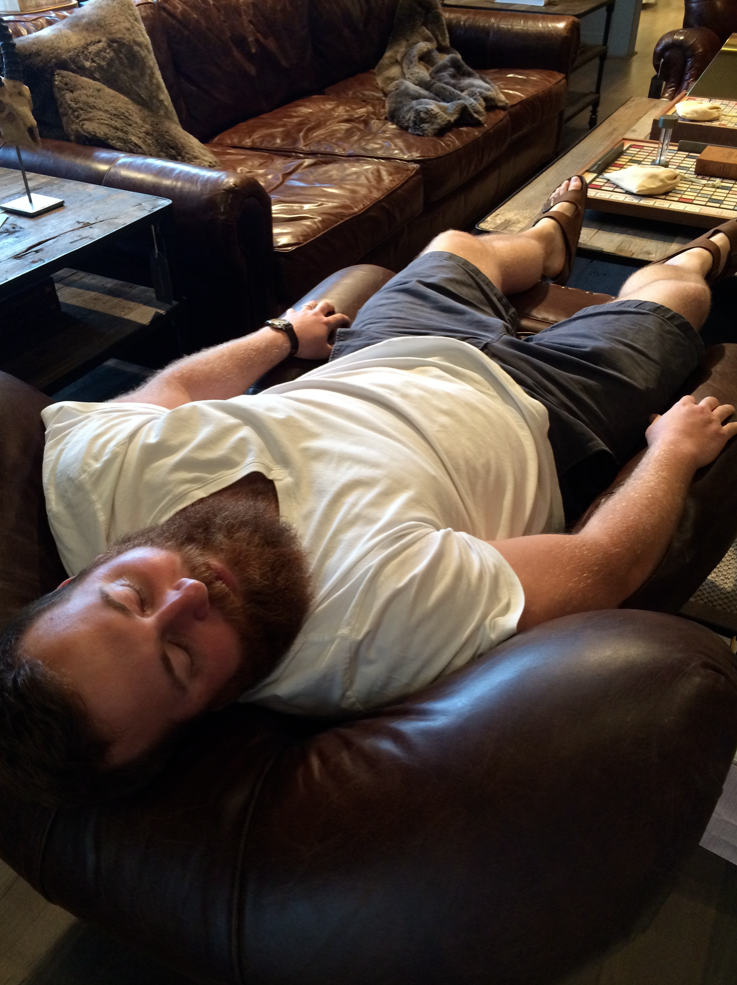 It was so snobby in RH, it was funny. The salespeople didn’t even acknowledge us. 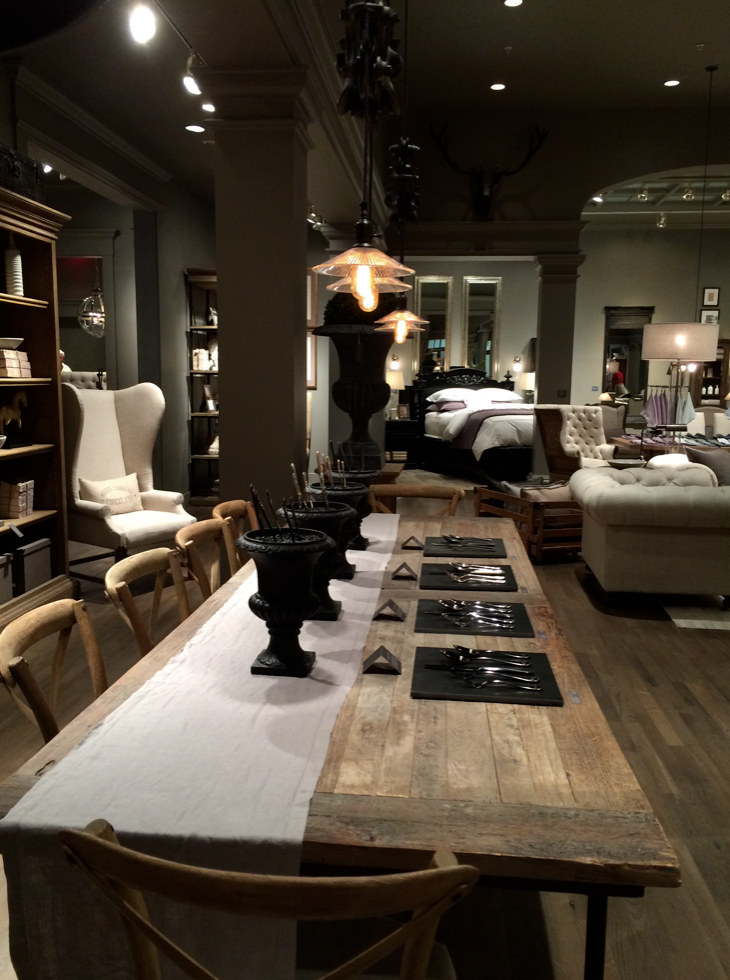 Which made me really happy that I’m married to Ben Napier, who ain’t afraid to fall asleep in a $3,000 display chair made from “supple Italian berkshire leather.”

Next, there was a quick stop into Gap for the 40% off storewide sale. Can I get an “amen” for their sassy new slogan? 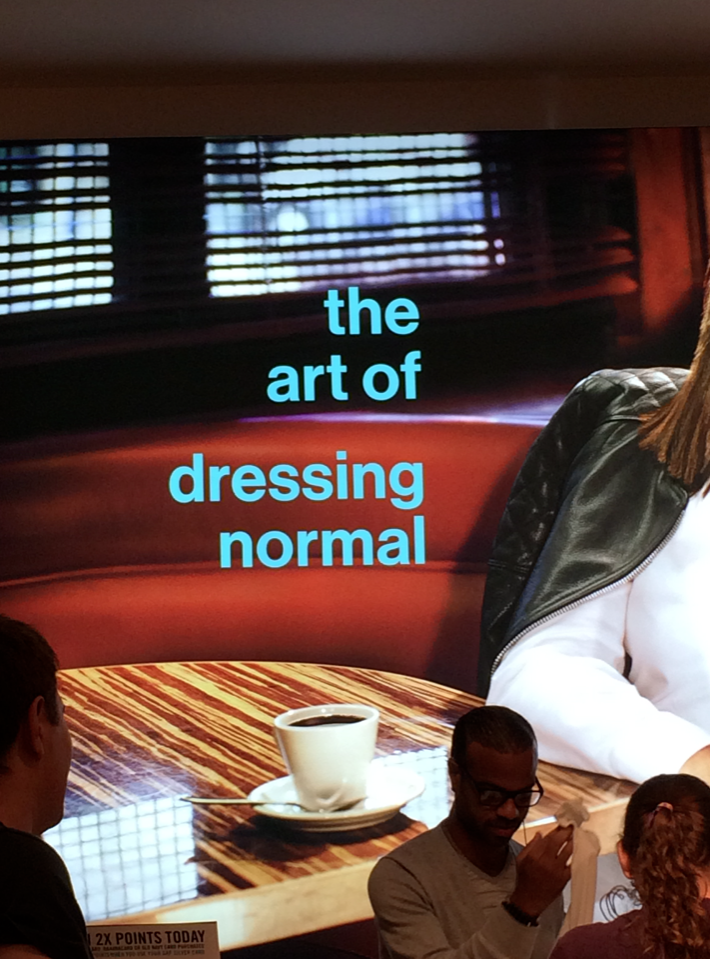 Turns out there is a Cafe Du Monde in the mall, too. Minus the charm of the French Quarter original with its homeless people begging for cash and the smell of horse manure mingling with your chicory—we were loving it. Because we are apparently old and easily pleased by the great convenience of being indoors on a stormy day with beignets that taste just like the ones downtown. Mmmmmmm. Delicious. 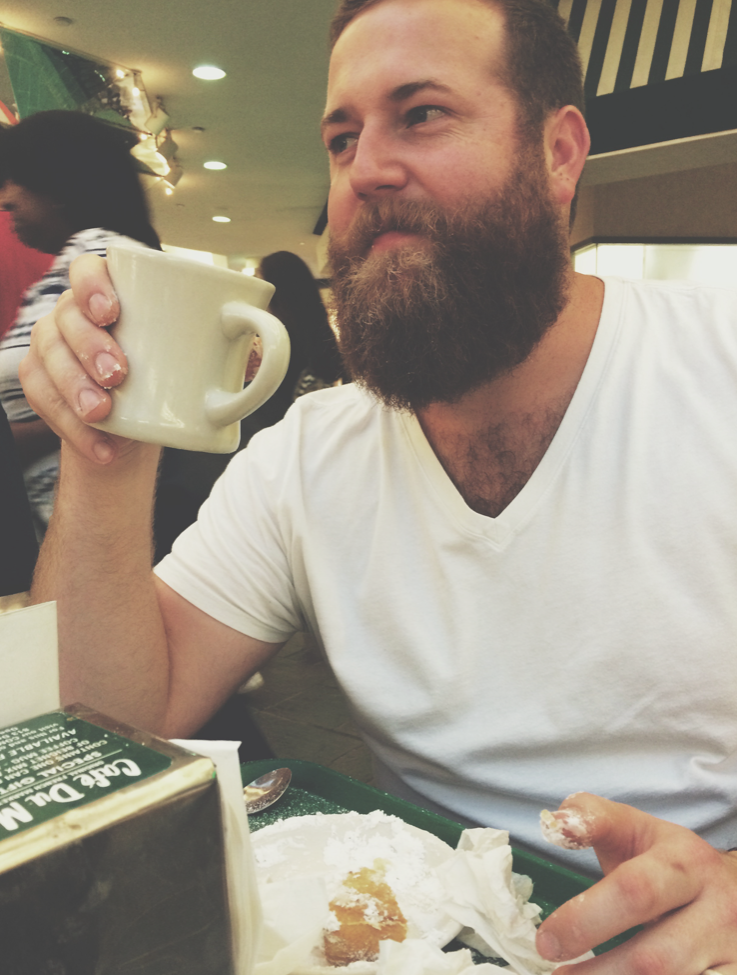 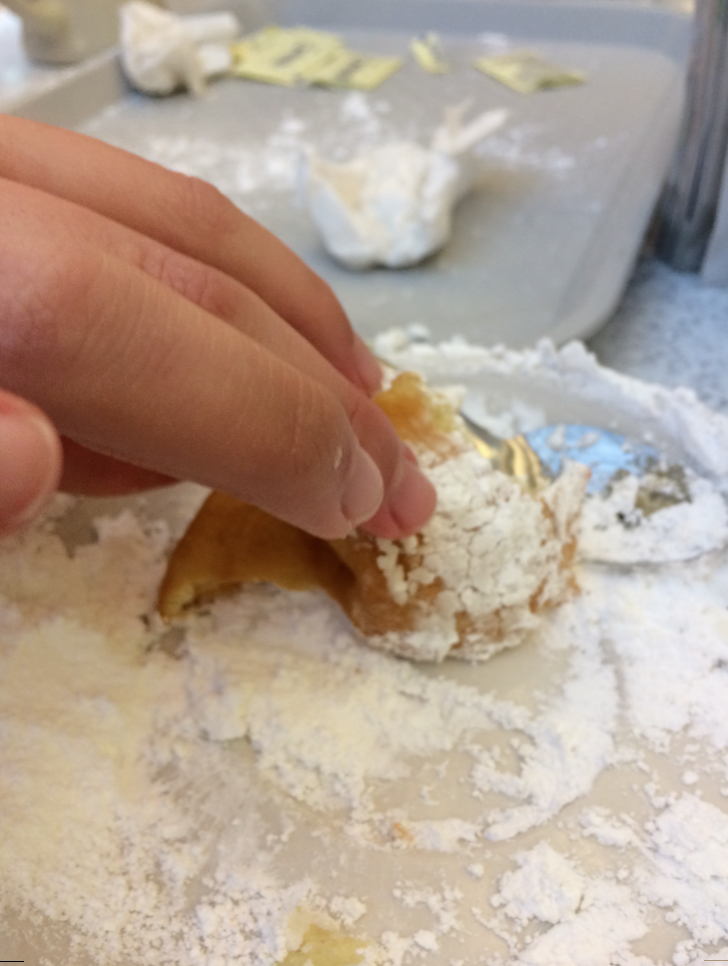 And before it was dark, we were headed home again home again, back across the Pontchartrain. 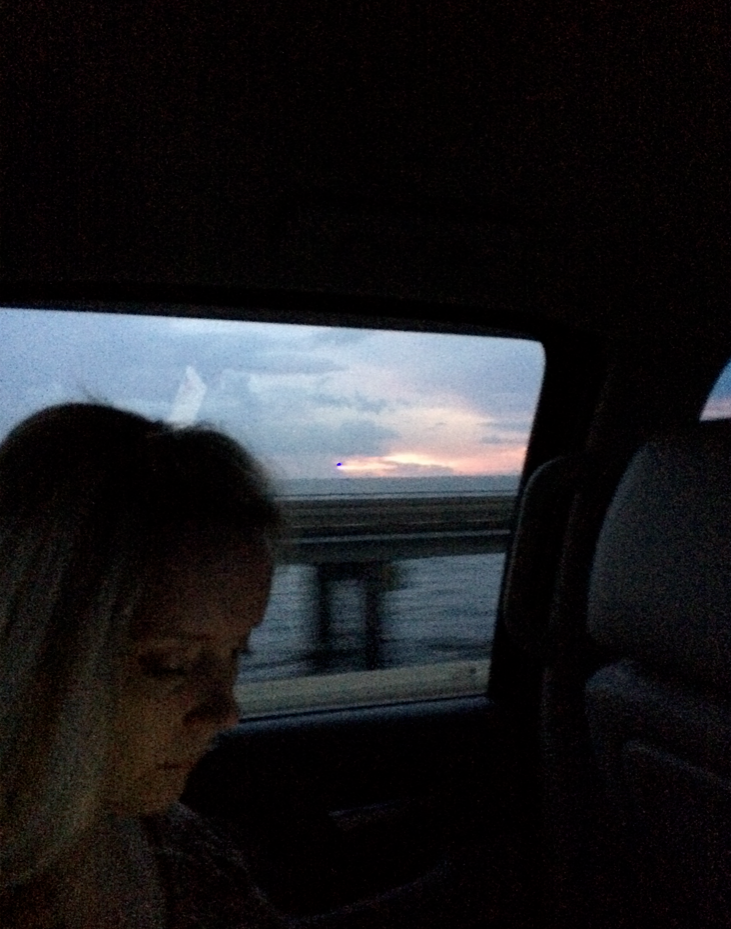 And we taught Lucy how to dance to “Party in the U.S.A.” 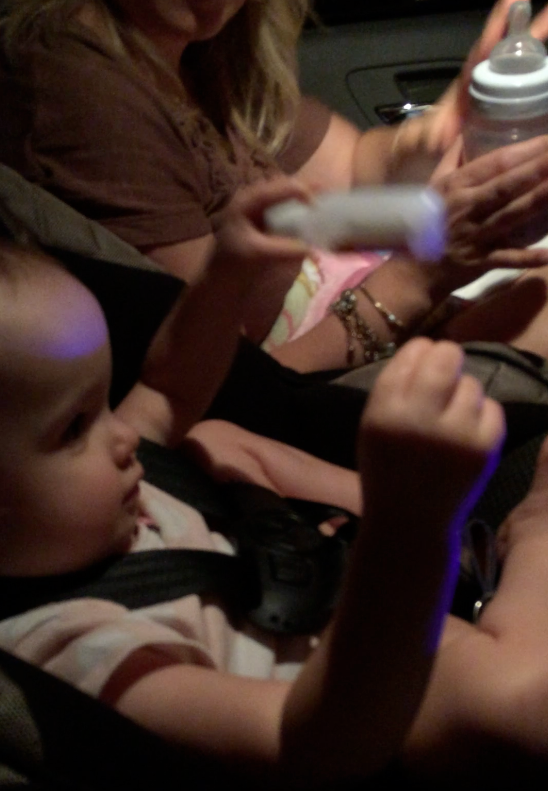