It’s been 6 years since the day I got to marry Ben Napier in Oxford at our alma mater. Have I ever shared the little movie of our wedding day with y’all? It makes my heart beat fast.

On a side note, Jim and Mallorie who had met on the same weekend one year prior at my Ole Miss senior art thesis in Oxford, caught the bouquet and garter and later that night he proposed on the steps of Rowan Oak, William Faulkner’s home. So it’s kind of all of our anniversary!

Ben was gone when I woke up this morning at 8:00. I picked up my phone and found a text from him that said, “Don’t eat breakfast. I’ll be home soon.” A few minutes later I heard him bumping around in the kitchen, and a few minutes later he came in our room and had me put on my big fluffy flannel robe to come out on the porch. This is what I found: 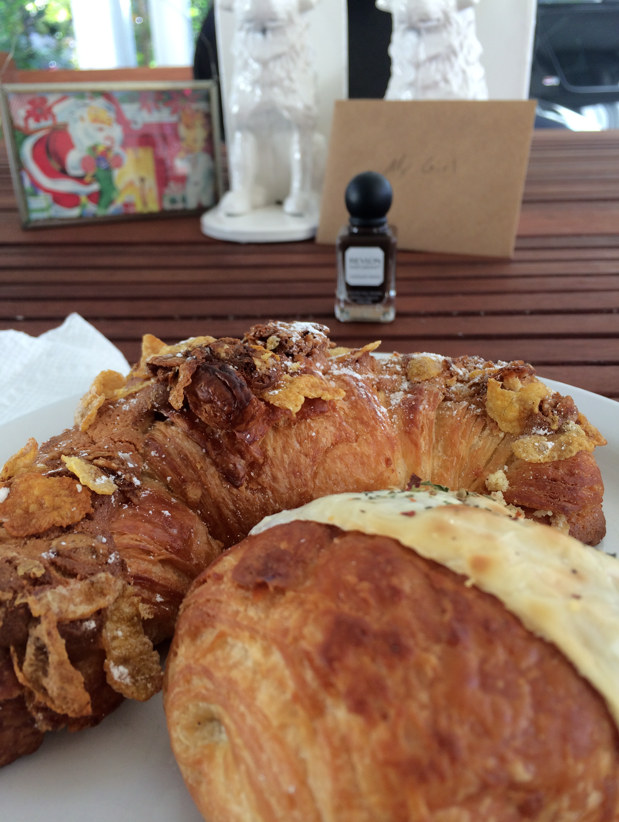 He drove 30 miles to the French bakery to get my favorite breakfast in the world before they sold out that we always have on special occasions (except my birthday this year because we were both so sick)—a fresh almond croissant, still warm from the oven. This is a dear, dear man.

The traditional 6th anniversary gift is iron, and with Andrea’s help he found n big antique cast iron skillet exactly like I’ve been wanting, along with two iron bookends that look like Chevy and Baker, which he painted glossy white to go on our bookcases. The little metal Christmas ornament toy reminded him of this very very old (sweet and heartbreaking) cartoon I’ve loved since I was a child. 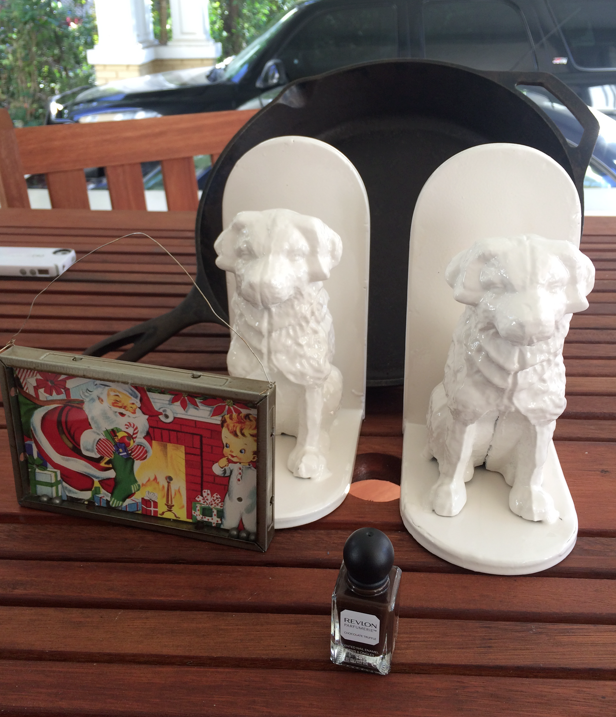 And somehow, some way, he found the nail polish I’ve been searching for in every store for the last several weeks. 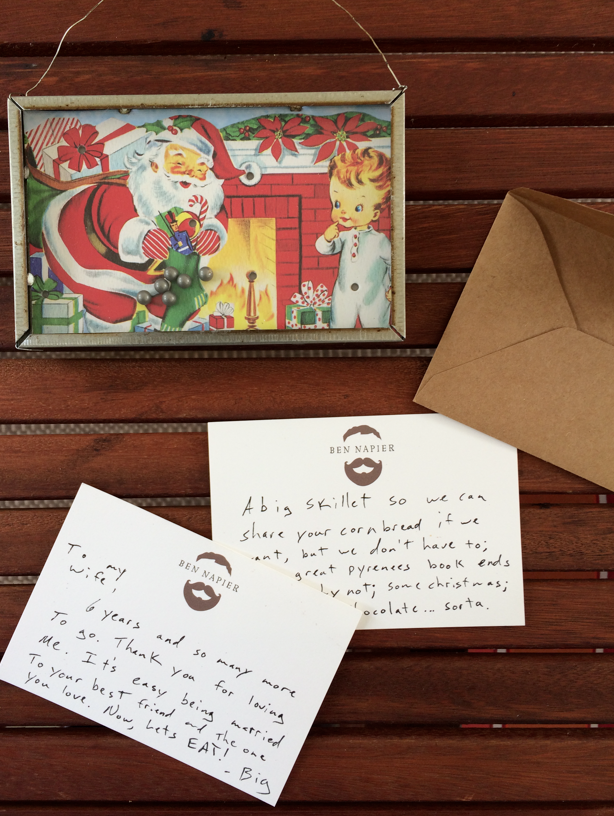 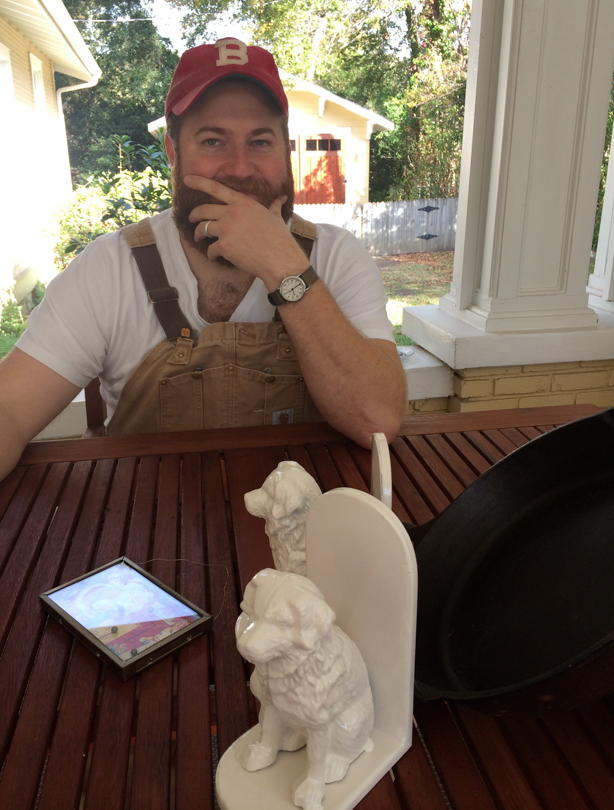 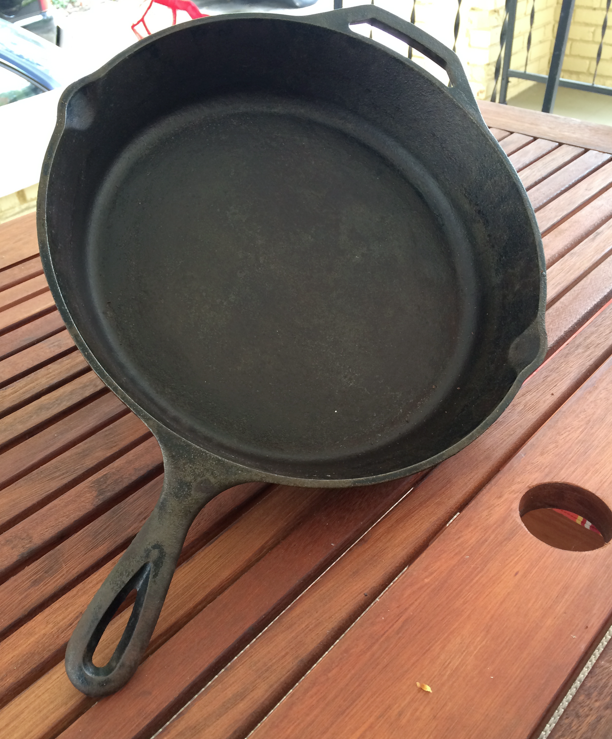 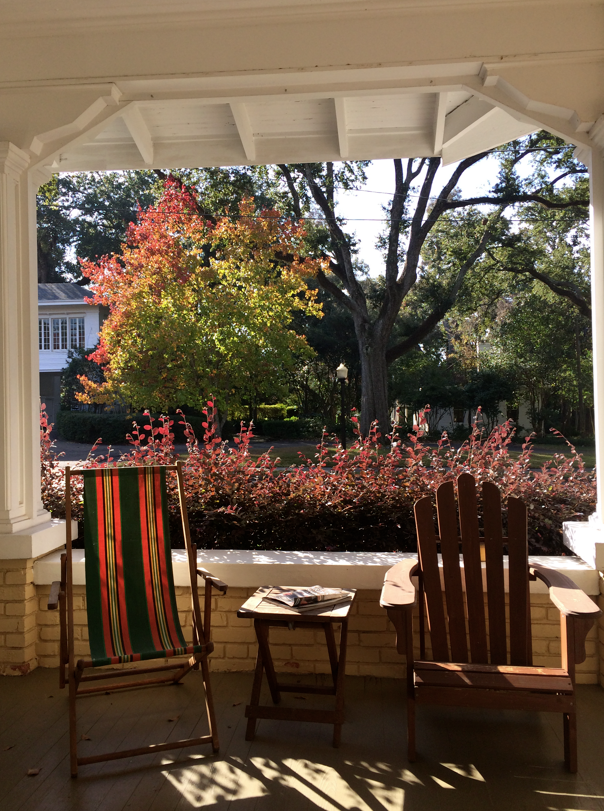 We walked our dogs through the ginkgo leaves that cover the sidewalks every single year on our anniversary. 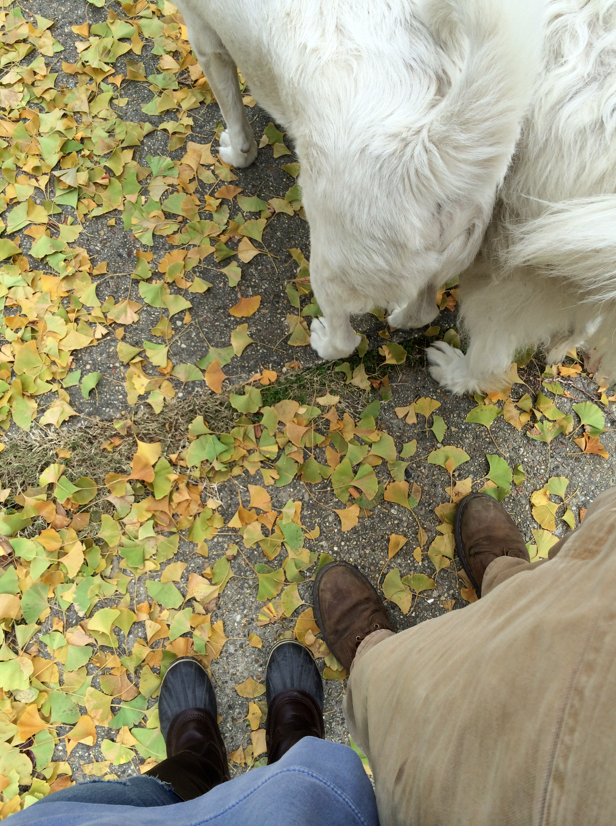 The week we were married, I gathered up those leaves for people to throw as we left the reception. That will always be our tree.

We walked over to Jim and Mal’s to see how things are coming along with the painters since they got all new siding. 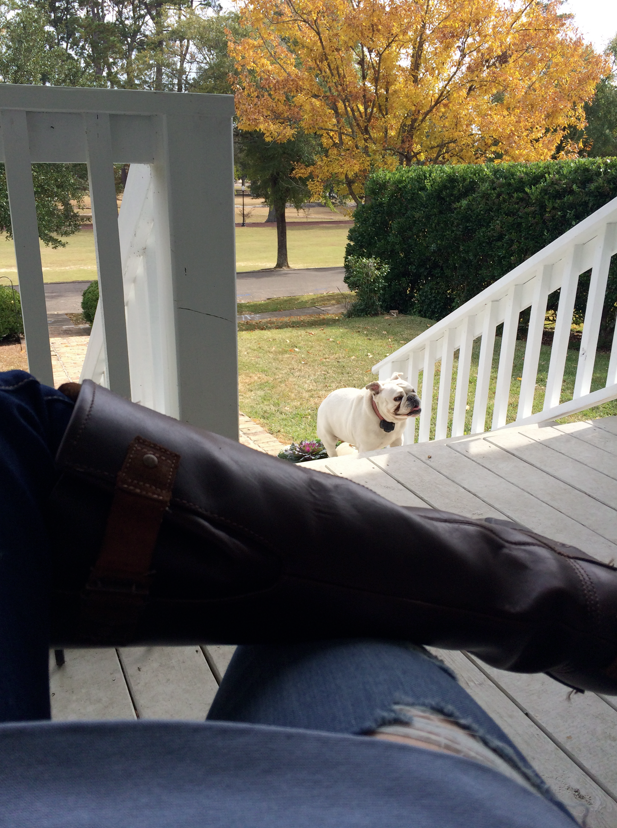 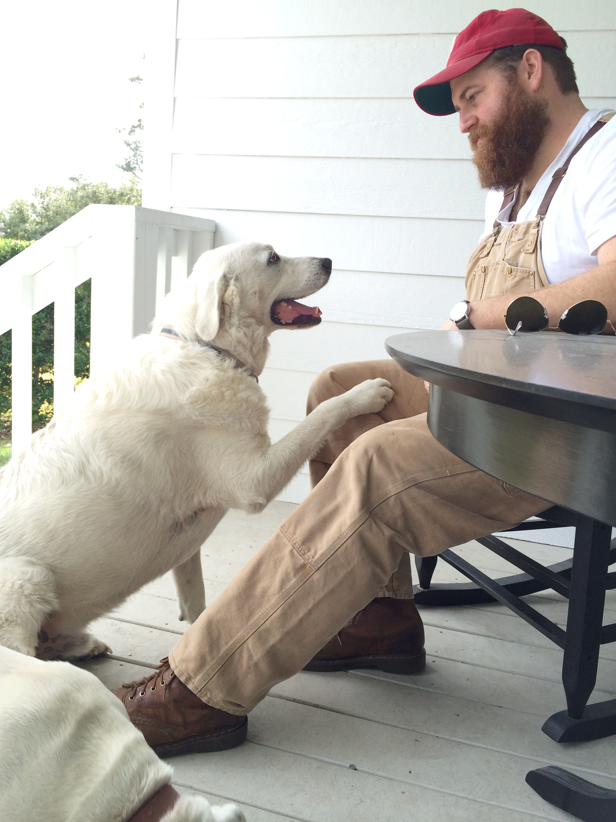 We walked on back home, past their neighbor Damon’s house that’s also just been painted and reminds me of New England. 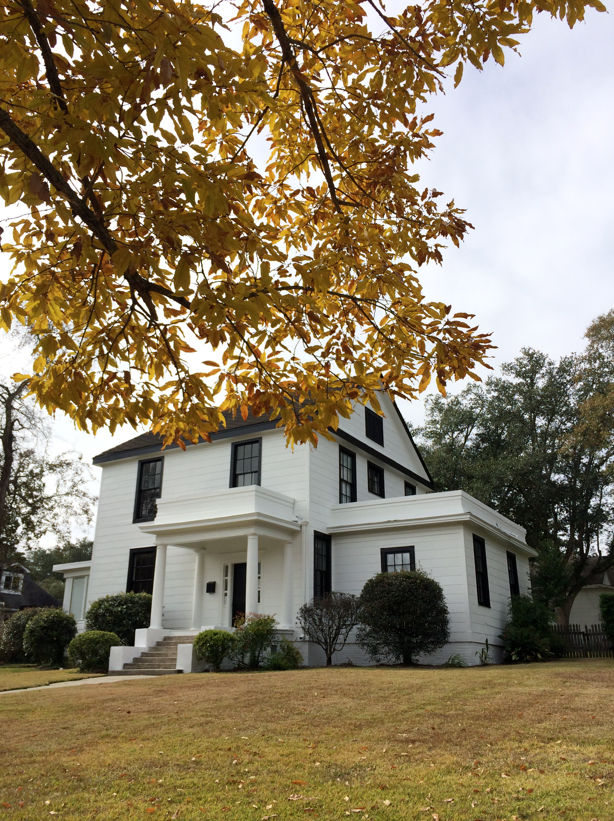 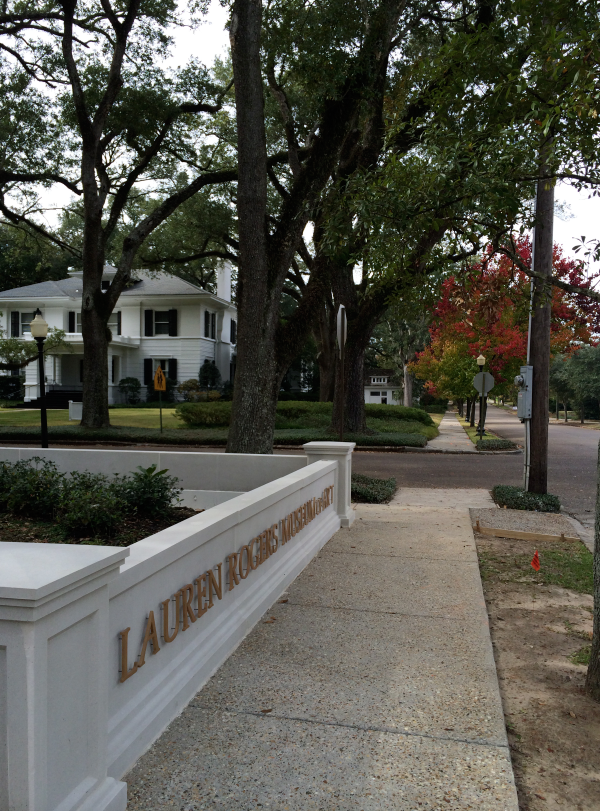 We went to the Christmas tree farm and rode on a tailgate to tag our tree that we’ll cut after Thanksgiving. 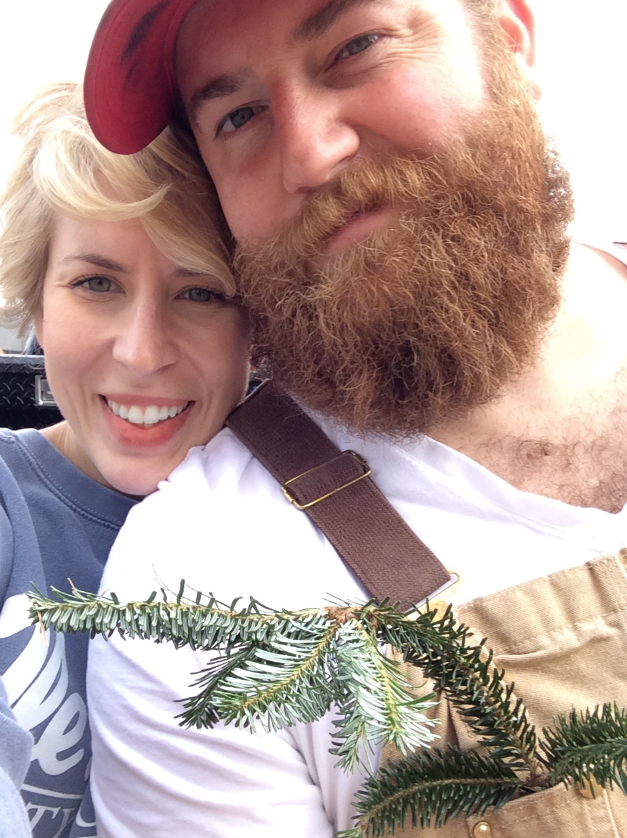 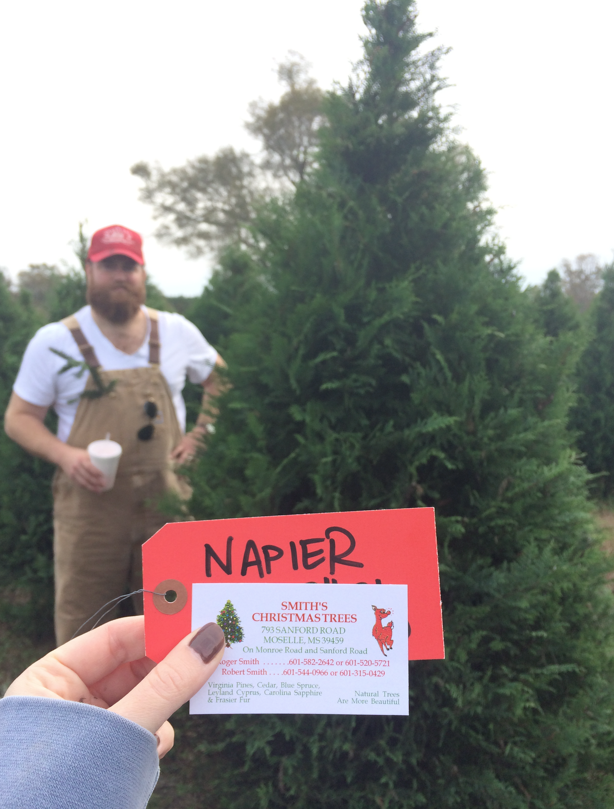 We spent the rest of the day in the woodshop together. I helped however I could while he hustled to make progress on the dinner table he’s promised his mama for Thanksgiving. 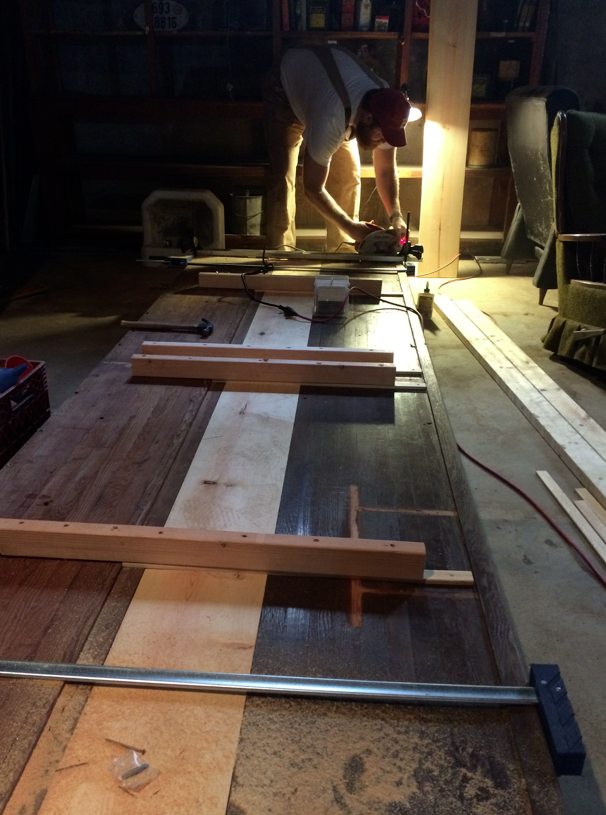 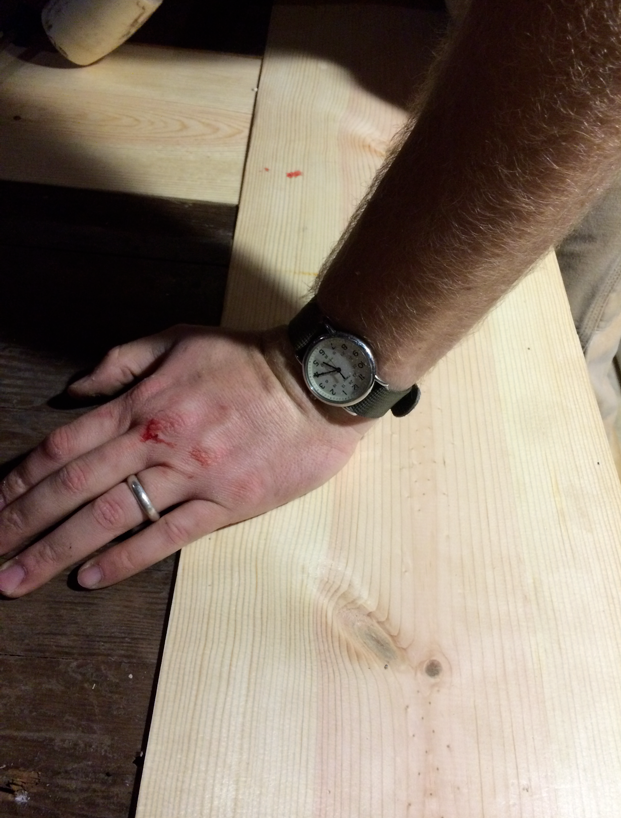 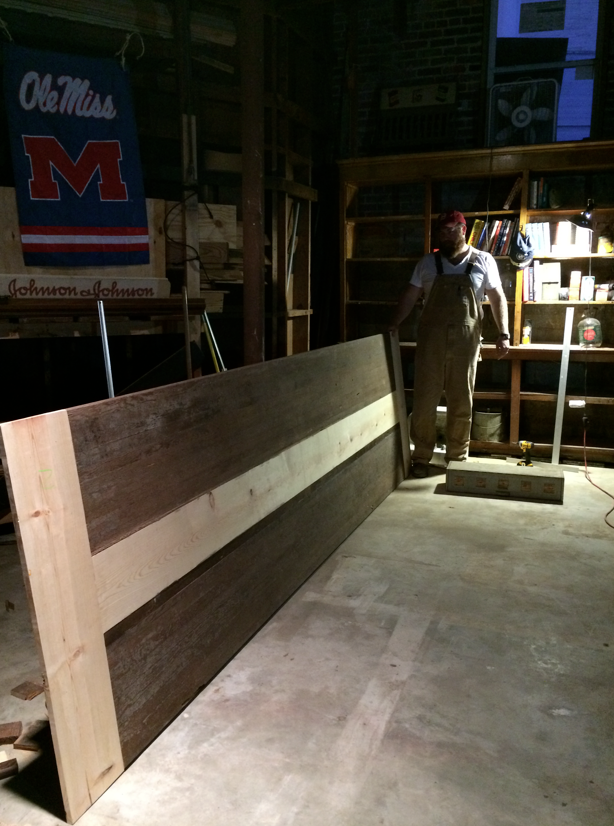 And then we had dinner at Tabella.

In a few weeks we’ll celebrate the week we met in NYC, what I’ll always consider our real anniversary, so today was just absolutely perfect. It sounds trite to say “he’s the best husband in the world” or “I don’t know what I would do without him.” It’s been said so many times by every person who was ever married, it kind of lost its heart along the way. This morning, the thing that was on my mind was this: 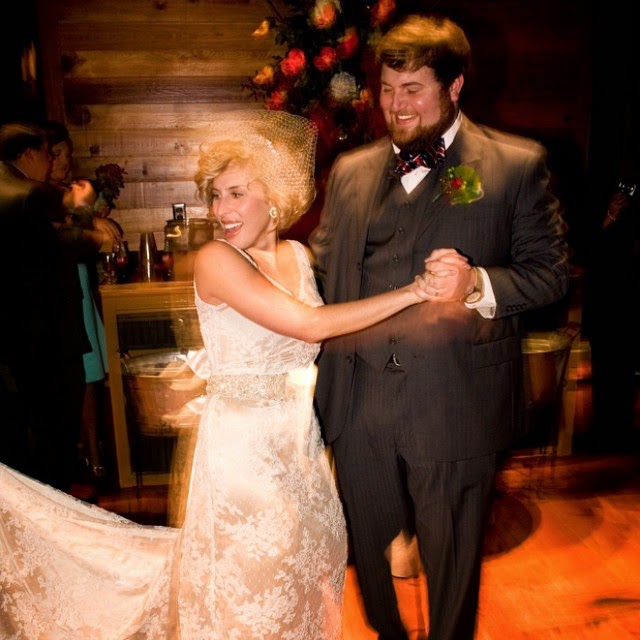 What if I had never found you in all the billions of people in the world? No one would have ever been the right puzzle piece. They would wear pants that didn’t fit right, or not know how to fix my Volkswagen, or not know how to talk to me when I’m crying, or be too small to throw me over their shoulder and carry me around, or not know how to make the best grilled cheese, or how to always smell so good, or how to build beautiful things, and I would miss you even if I didn’t know exactly what I was missing.

I’m so relieved and comforted knowing that I’ll never be far from you.