Skip to content
Save 15% On Candles Code: SCENT15
Free Shipping On All Orders Over $99 | Some Exclusions

It nearly killed me. The peaks and valleys were so extreme, it was hard to keep up.

I know early in the year, probably around late March if I had to guess, I was wishing away what was, up to that point, already the worst year in the history of my life. So much was uncertain. So much was just… Well, it was awful. In February I posted an entry from my devotional that has been tattooed on my heart ever since I read the words. It said:

There is a limit to our affliction. God sends it, and then removes it. Do you complain, saying “When will this end?”… Tomorrow things may become “completely calm” (Matthew 8:26). Who knows how soon these raging waves will give way to a sea of glass with seagulls sitting on the gentle swells? Before much time has passed, we may be just as happy as we are sorrowful now. It is not difficult for the Lord to turn night into day.

It gives me chills to read such premonition. Because then… I guess around April, it all just lifted. And it kept lifting. And lifting. And tonight I want to remember how very bad it was and how very good it all ended, so I can always look back on this and know that God is sovereign, that He has a plan, that we have to have faith without sight. It’s easy to gloss over it all now, but that cheapens the experience of it. Note to future me—it was bad. You cried for about 3 months solid in 2014. But then…

The story went on. And it’s getting better all the time. This was my year. Oooooooh fourteen.

JANUARY
I was thrilled that Downton Abbey was back and remember this warm, cozy night at home like it was yesterday.


Mammaw and I had a biscuit party.


I struggled to understand why January was slow for our business for the first time ever. At this point in the month, I was in a 5-alarm panic. I cried in the bathtub a lot of nights. I talked to God even more. I listened to that Katy Perry song Roar a lot. I toughened up as much as I could and prepared for Lucky Luxe to fold up. I mean, I write this blog because I’m a glass is half empty person by nature, and this pushes me outside of my comfort zone.


We got good and bad news at work. I got precious “don’t give up” cards in the mail from Ben most days.


I had my “eureka!” moment, and thought of our Market invitation that I hoped would pull us out of the slump.


It snowed, it was magical.


FEBRUARY
We all were falling more and more in love with Walker each passing day, though we were so afraid that his adoption might not be finalized. We were holding our breaths and stealing all his kisses. 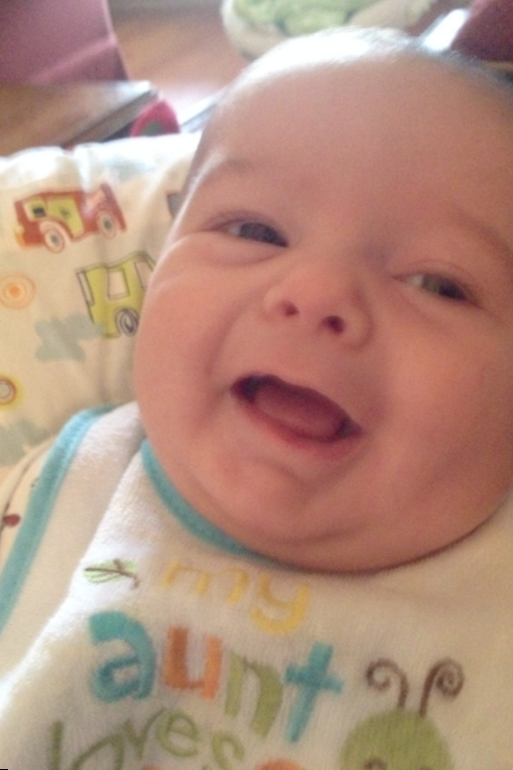 After 8 glorious symptom-free months, I got very very sick again.


A couple days later, I had exploratory surgery and a really good hospital experience. 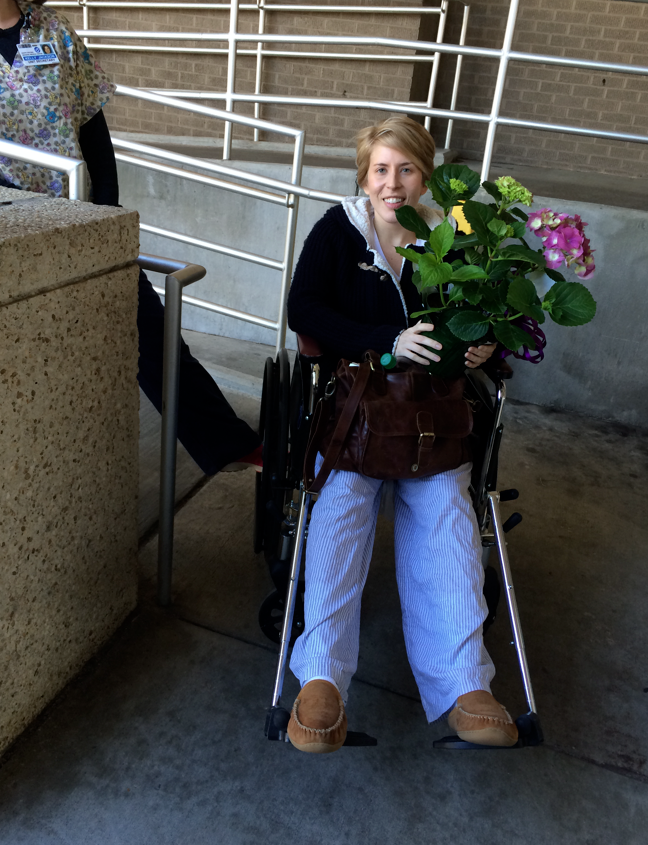 After the surgery, I was shown extravagant kindness by friends and family, near and far.


In another upswing for business, Mississippi Magazine published a story about me that gave me just the boost I needed to keep pushing, to work harder. 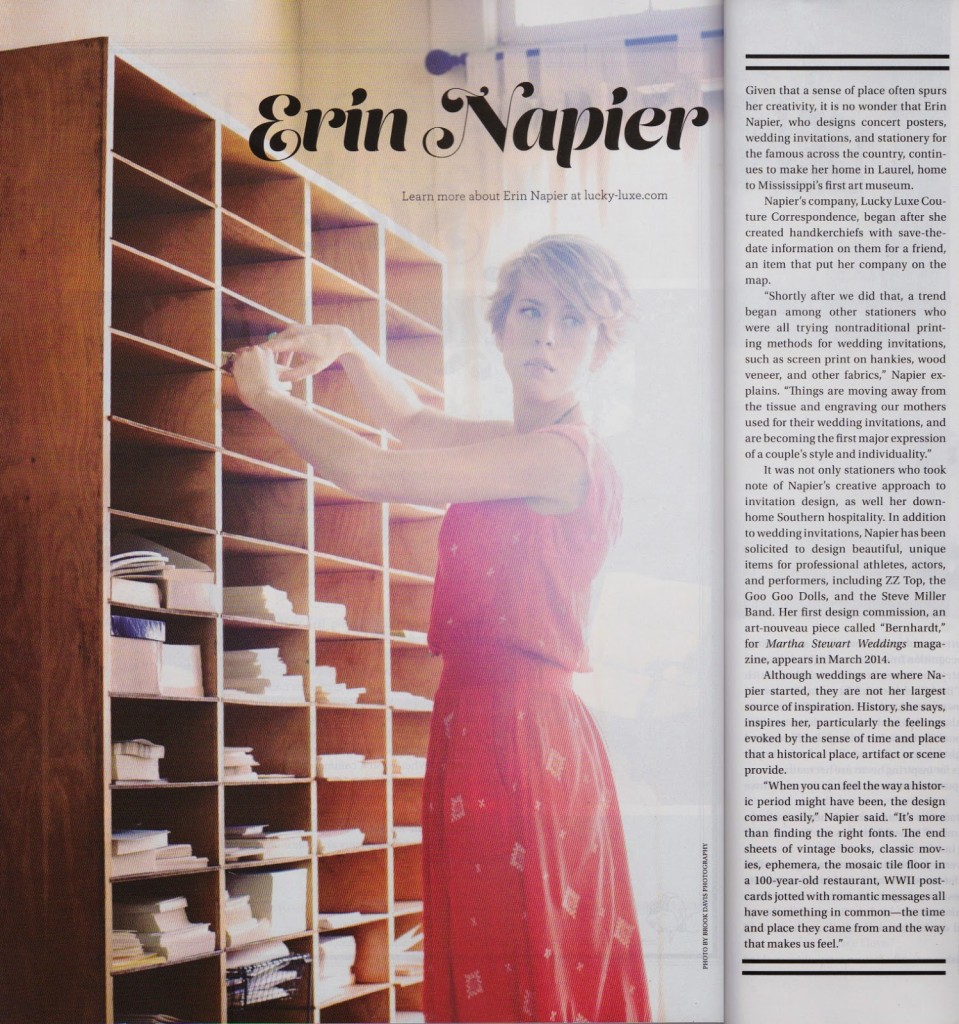 MARCH
We got terrible news about Walker’s adoption, and thought the whole thing was off—the birth parents had changed their minds. We were devastated that morning, like there had been a death in our family. But then, there was a change of heart, and everything was back on track again. We had our baby boy back!


In anticipation of a second surgery at the end of the month, I spent every moment outside that I could and made it count.


After saving up for a while, Ben got his dream truck—our Tahoe.


We lost Beau, my brother’s dog, and everyone’s favorite pup. 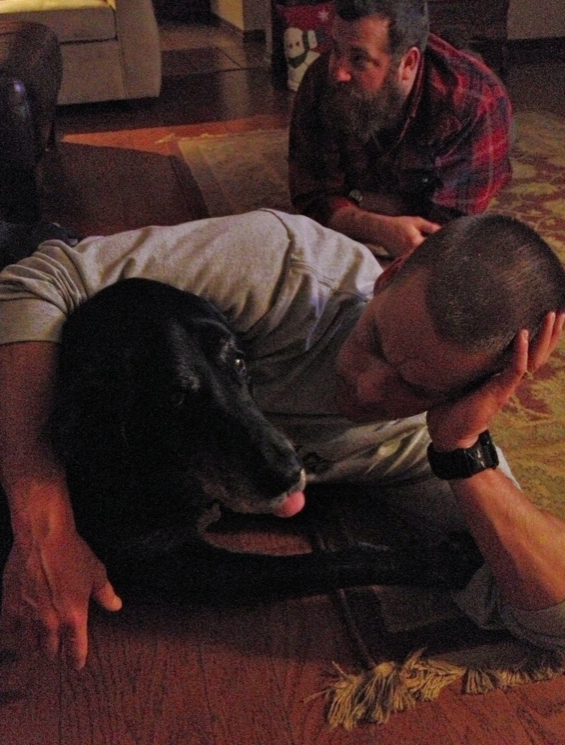 Our family’s mantra at this point was “if we can just get through the surgery and through the adoption court date, we are going to be okay.”


I had my second surgery, this time in Jackson with Dr. Moore, where they found a chronically infected appendix! He removed it, and I’ve been symptom free so far.


APRIL
I rested a lot from the surgery, and Ben was my absolute knight in shining armor. 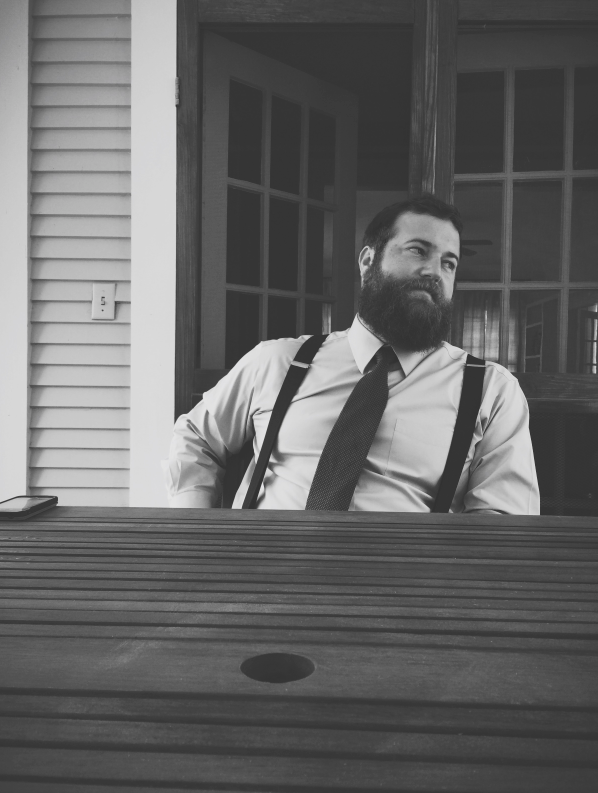 I talked about my favorite smell memories. A personal favorite post.


Walker’s adoption was finalized, and we could finally breathe! We were elated, and my precious baby nephew and godson was home forever, for good. 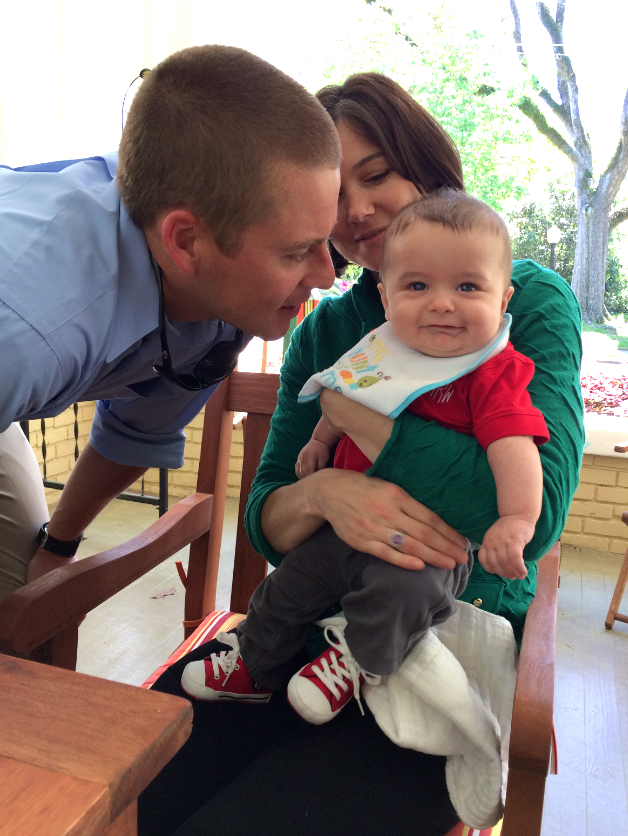 Josh and Emily came home and told us they were expecting a baby!


I spoke about Lucky Luxe at JCJC.


We hosted Easter at our house.


MAY
I spoke at Ole Miss about Lucky Luxe, and business was on the rise thanks to Market.


I talked about a surprising romantic tip for date nights.


Josh and Emily bought Homewood, and Amanda and Garrett came to visit us from Canada. She later wrote a blog post about it that got major love from across the state. 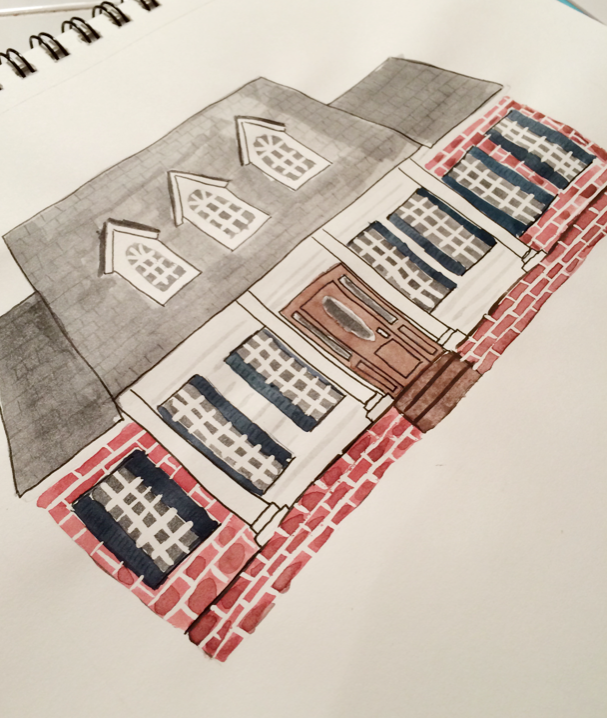 Mae Mae got deathly sick and was hospitalized. I cherished the time with her and regretted not spending more time with her before. Soon, she was all better and back home thanks to great doctors.


We cautiously took our summer trip to St. Augustine since Mae was out of the hospital. Our last night in St. Augustine, we were sitting in the courtyard at O.C. White’s and Ben was so anxious. 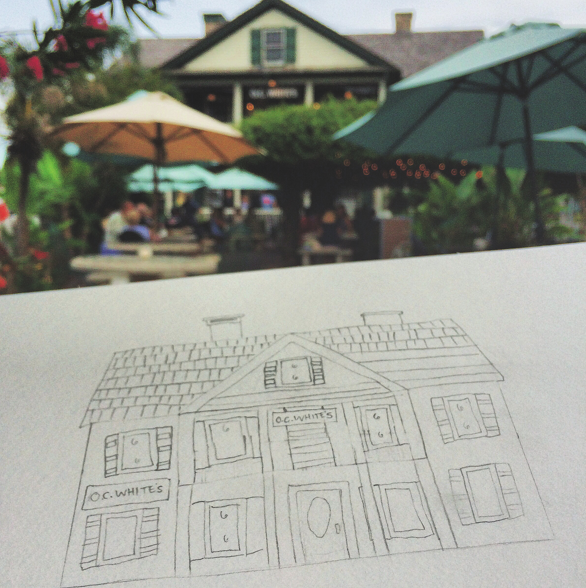 We had a long, difficult talk about what was next for his career because he had begun to feel the scary weight of a decision. He felt his time in ministry was ending—but we had no idea what to do next. We felt a little bereft, but tried to enjoy our last night regardless. We decided we couldn’t solve anything that night and said, “Let’s not talk about it anymore for now.”

JUNE
I did an interview with Southern Weddings that was really exciting.

We finished the new backyard garage. 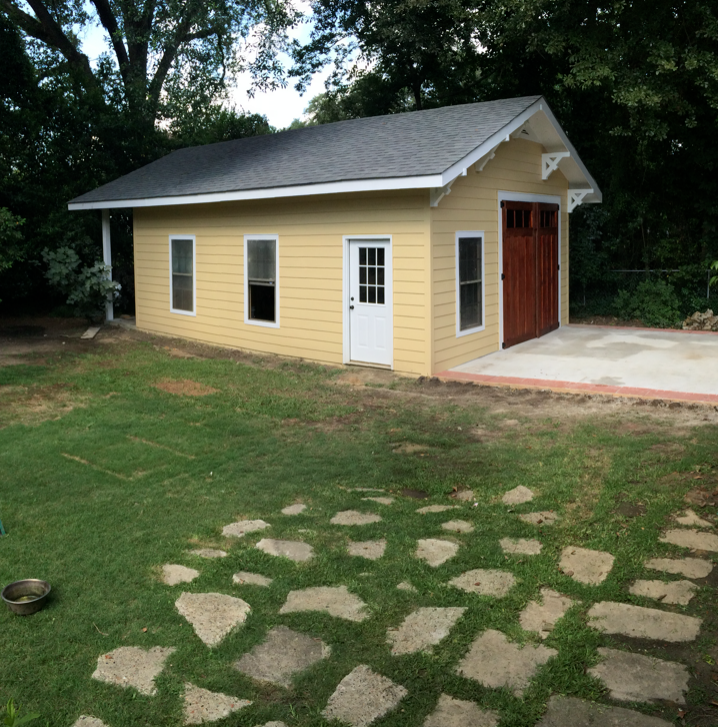 I was surprised and flattered when I was honored with the statewide Spirit of Main Street Award. 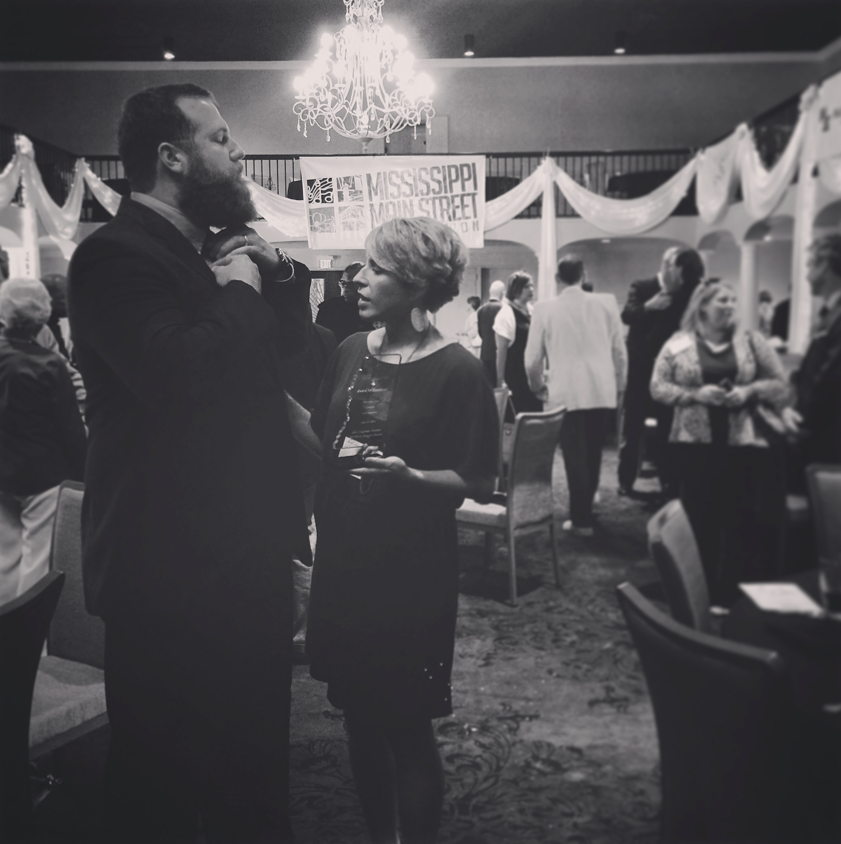 We made our last trip to Lake Junaluska, though we didn’t know it would be at the time. It felt like we were on the cusp of a great change, sooner than later. 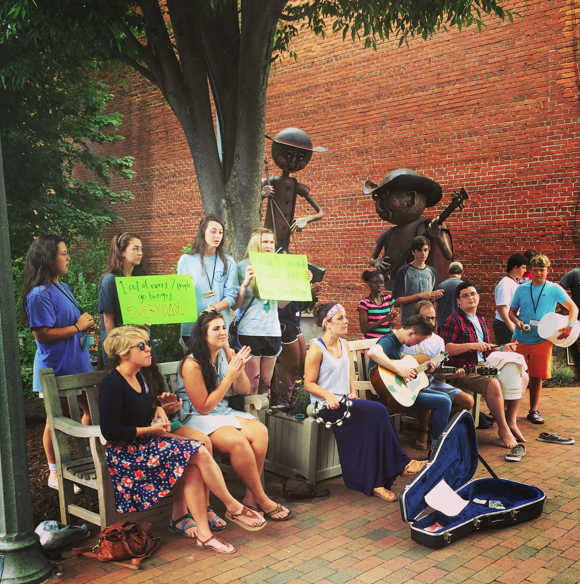 JULY
We had a fun neighborhood July 4th party at Jim and Mal’s. 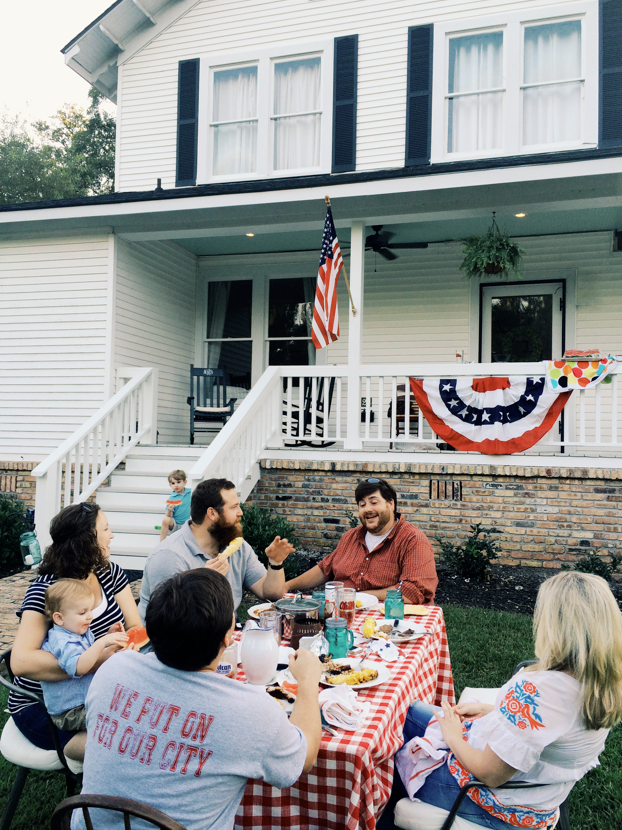 
After two long nights of discussion and prayer with Ben about our plan to leave ministry, and arriving at the fact that it felt so obvious that it was time for him to be a full-time part of Lucky Luxe (despite a slower year business wise—it felt exactly right), I had a much needed lunch date with mama at Cafe la Fleur.


Spent a lot of time eating dinner and hanging out on porches with our friends.

Got an email late this night from a television producer who had randomly found my instagram, but I didn’t share that here at the time.


AUGUST (the month everything changed)
That morning we had privately made the decision that it was time to resign from the church, and that afternoon got a call from Kim, a literary agent in New York interested in possibly working with us. 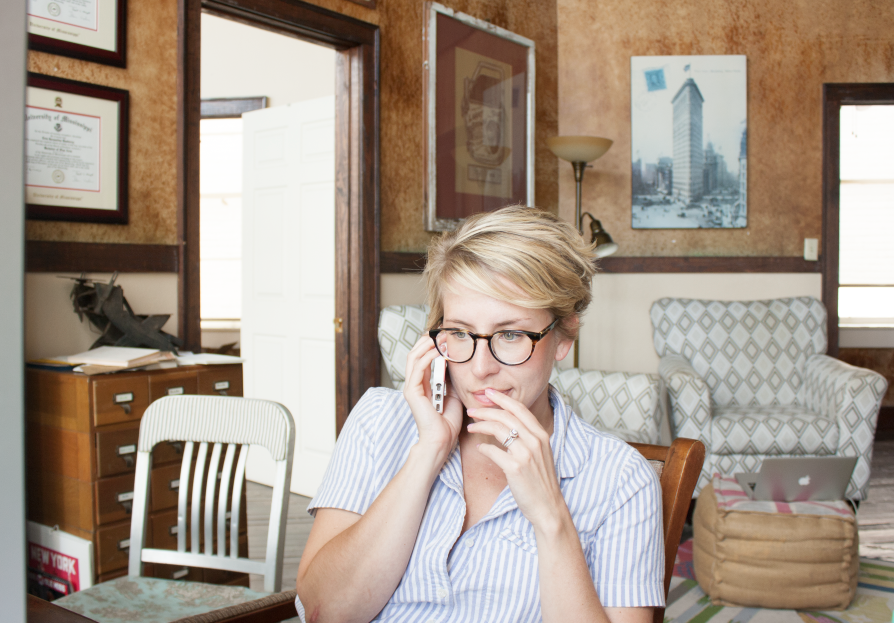 We felt God working on us so clearly in this season of change, I believe it might never happen again in my lifetime. It was jarring, and overwhelming, and incredibly powerful. Above all, it was affirming and comforting.


Ben turned in his resignation. We felt completely at peace about it. 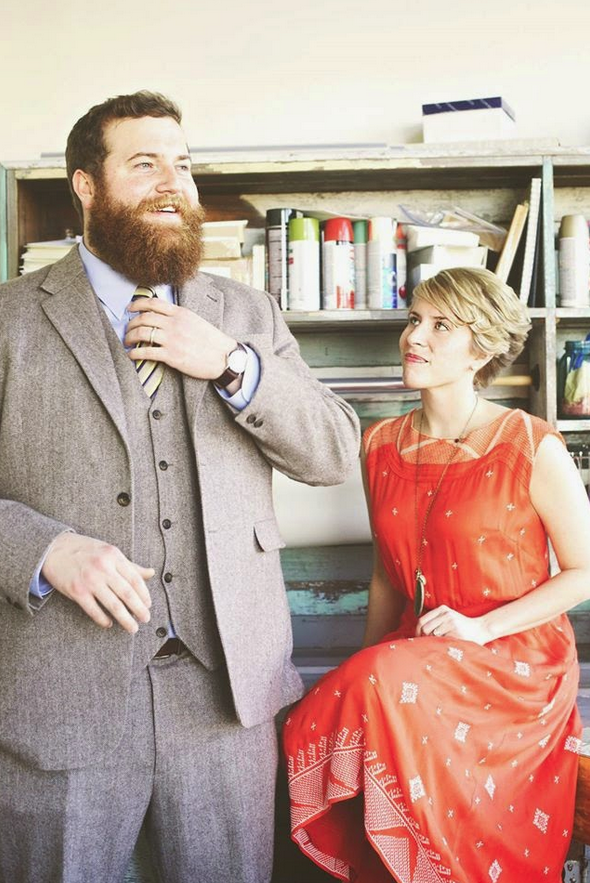 A few days later, we did our first casting Skype for a potential TV show, then our second Skype. And Lucky Luxe got a new logo and signage after 4 years of being a full-time business! 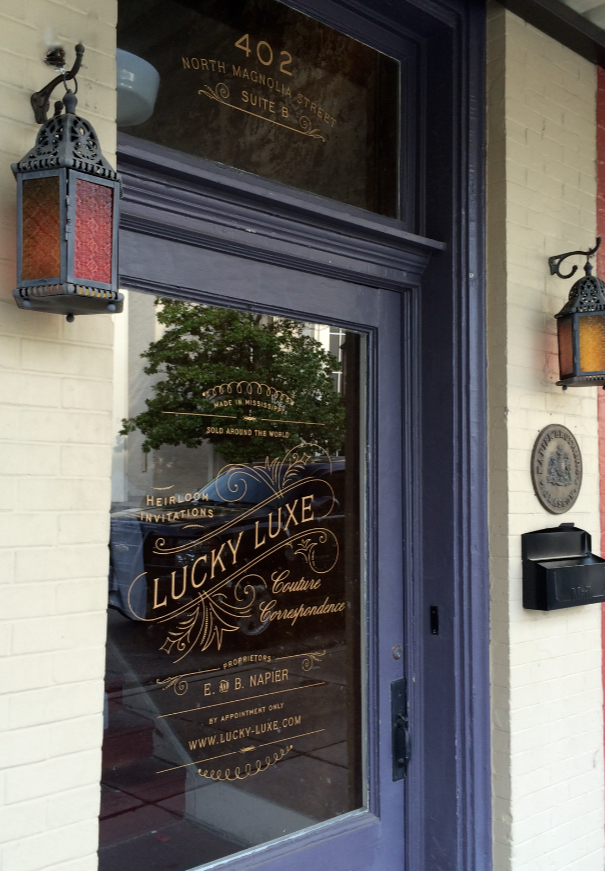 We tore down the old shop, finally!

We started watching Friday Night Lights, then got a stomach virus for my birthday. Boo!


Martha Stewart Weddings finally came out with our first-ever full page styled feature in the magazine. I’d been waiting for this moment since the beginning of the business. 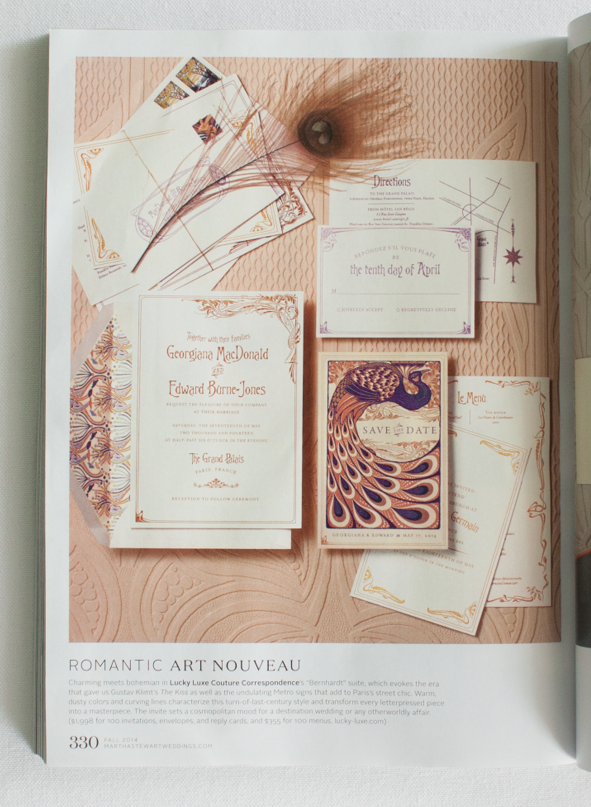 SEPTEMBER
We had a belated birthday celebration in New Orleans.


We co-hosted a baby-Q shower for Josh and Em with the Rasberrys, Staples and Trests.


Ben turned 31 years old, and we took a vacation to the beach with Jim, Mal, Josh and Em in the old Grand Wagoneer that we will never forget. 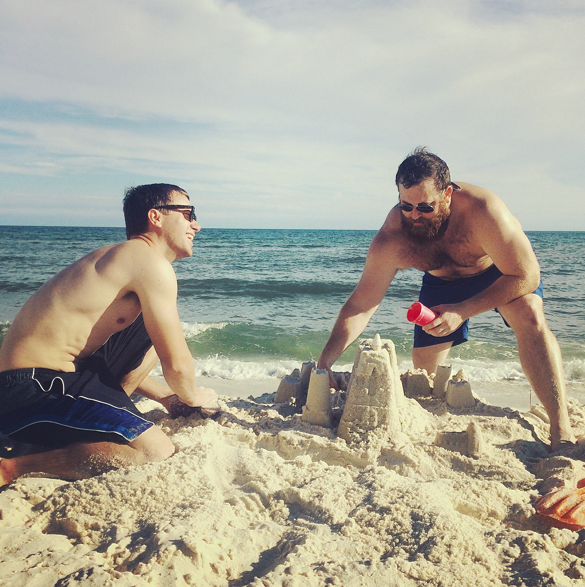 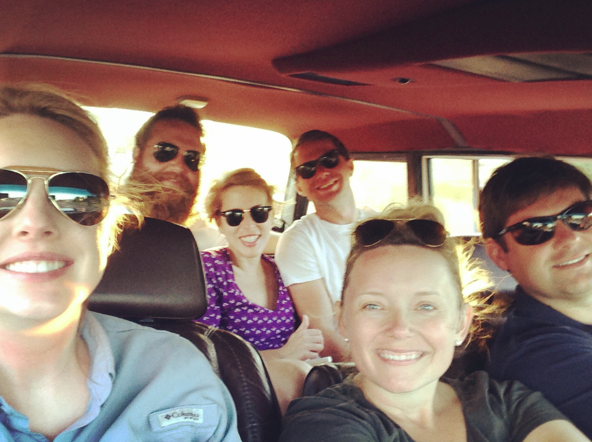 OCTOBER
We made our last pumpkin buying trip to Jackson, and had our last youth sabbath.


We had tintype portraits done at the Loblolly Festival. 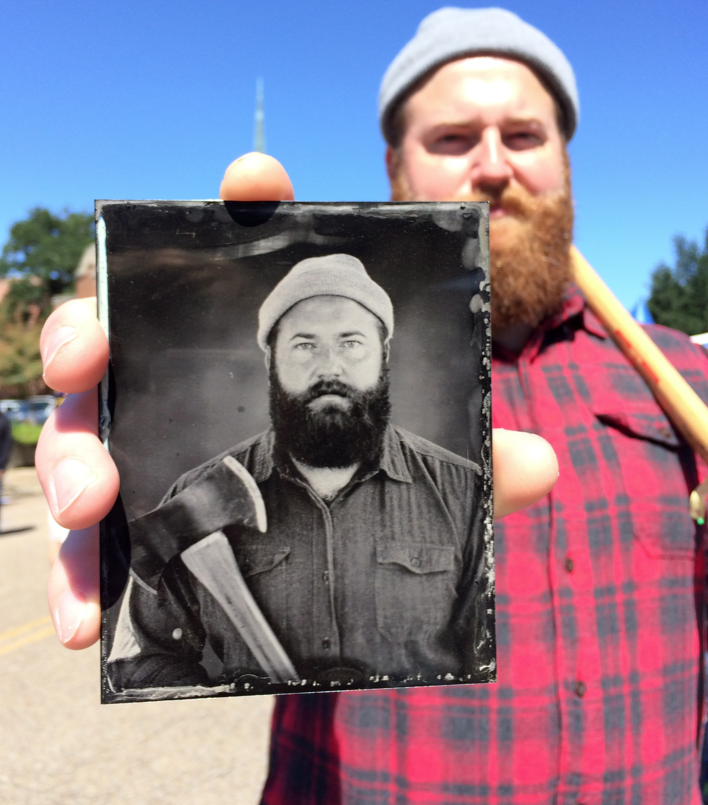 We found out that the TV network was serious about pursuing Ben and I and Laurel for a television series!


I got to be the homecoming parade marshal at my alma mater and we celebrated mama’s birthday on the deck. 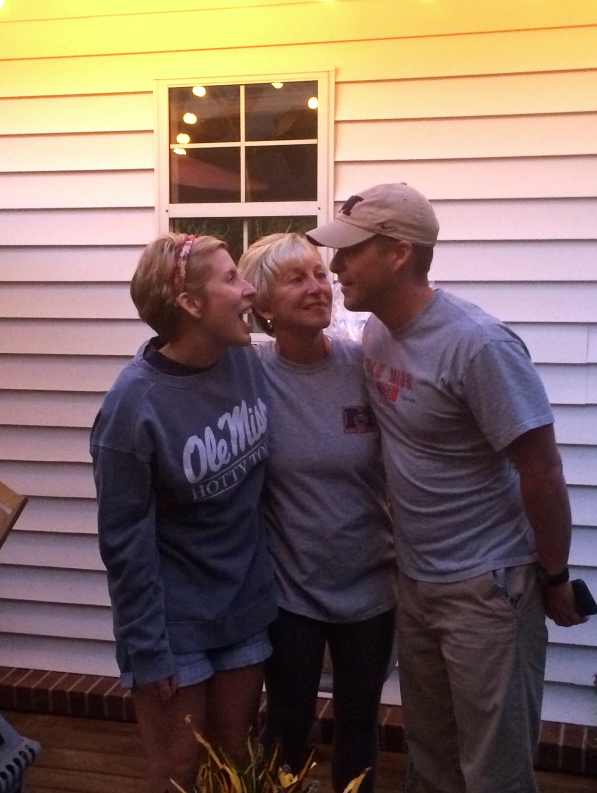 My dear friend Lisa surprised me, and we finally met in person after so long as pen pals. 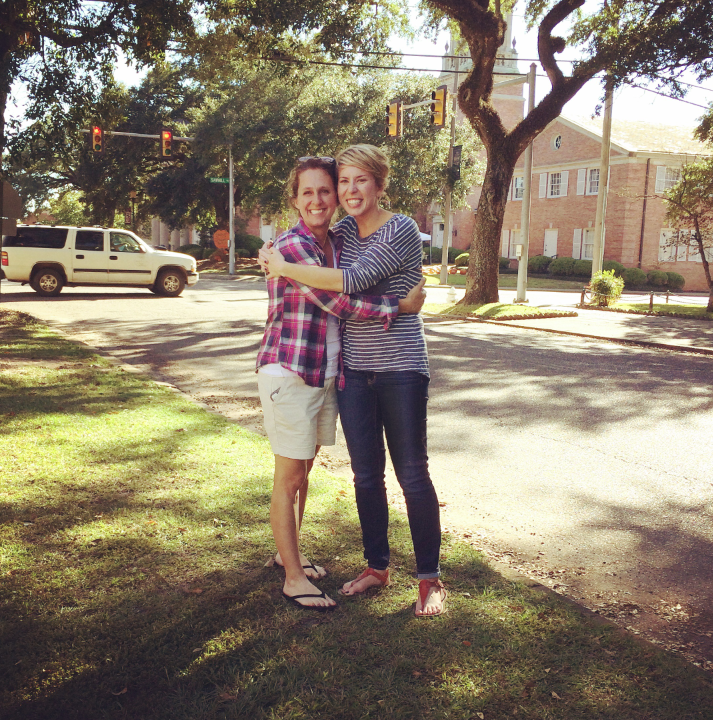 
NOVEMBER
A crew came to Laurel to make the pitch film! 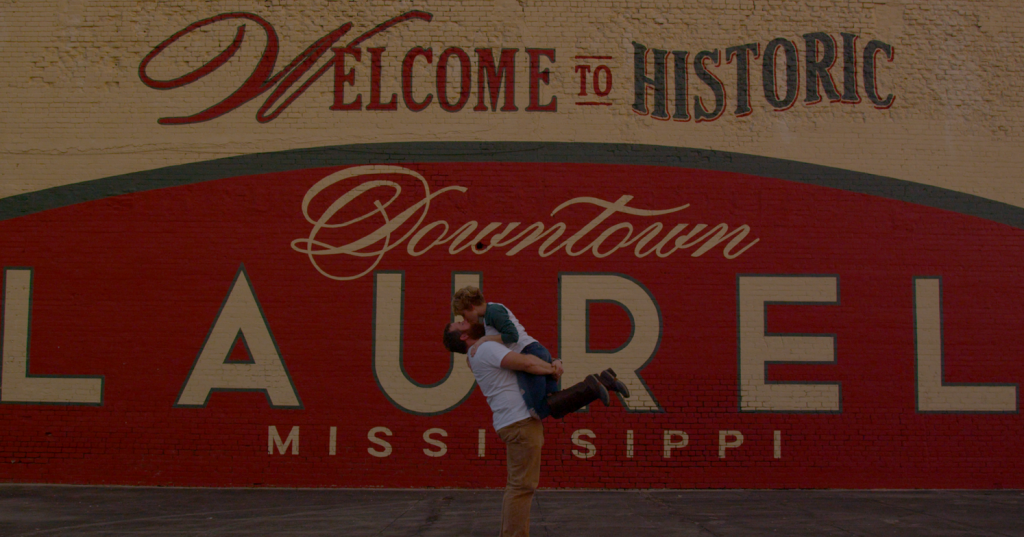 
Ben’s daddy was saved with heart surgery and baby Samuel was born. 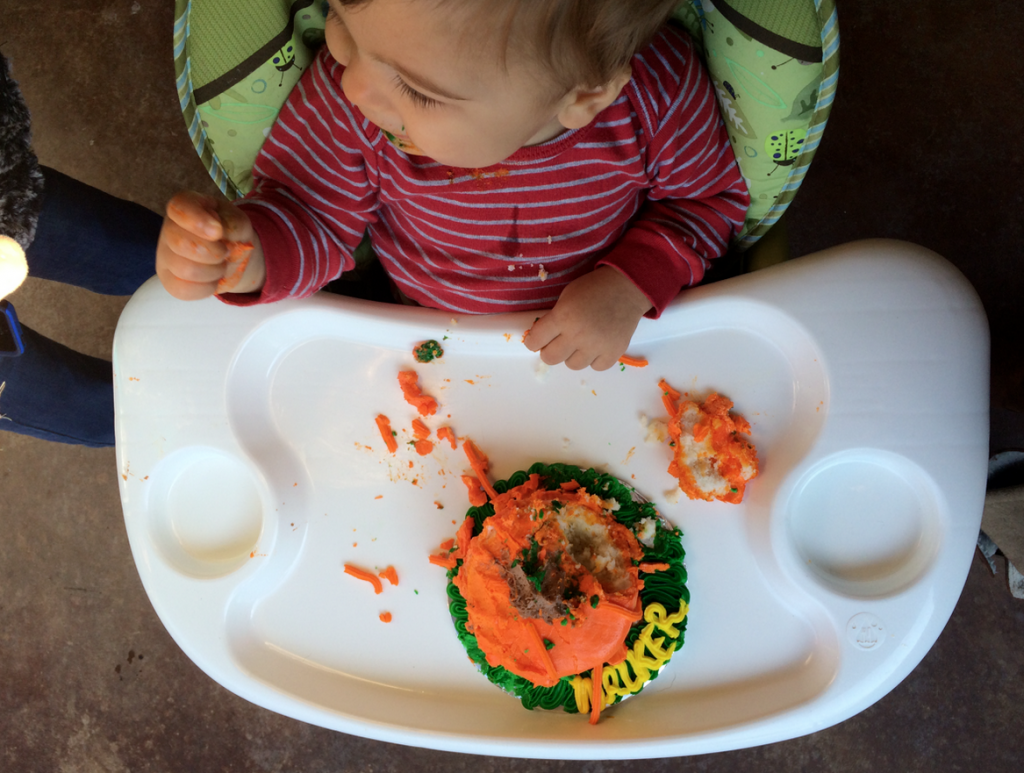 I spoke at Lauren Rogers Museum of Art.

DECEMBER
I painted pictures of rooms for the pitch film and we signed a major business deal that could be something really special.


Ben did 10 year anniversary guest posts on the week we met.


We took an unforgettable trip to NYC and the Berkshires with Jim and Mal where we toured Martha Stewart headquarters, had dinner with HGTV and the literary agent, Jim and Mal saw his clients play from the sidelines at the Giants vs. Redskins game, we played in the snow, and got a phone call we’d been waiting for on the trip home. 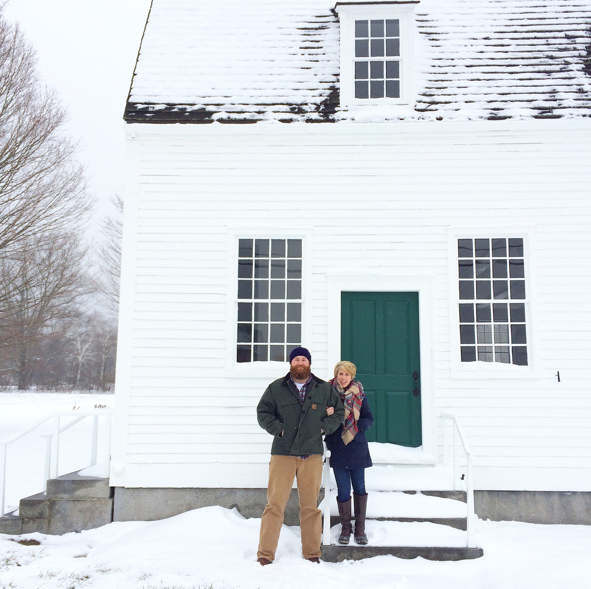 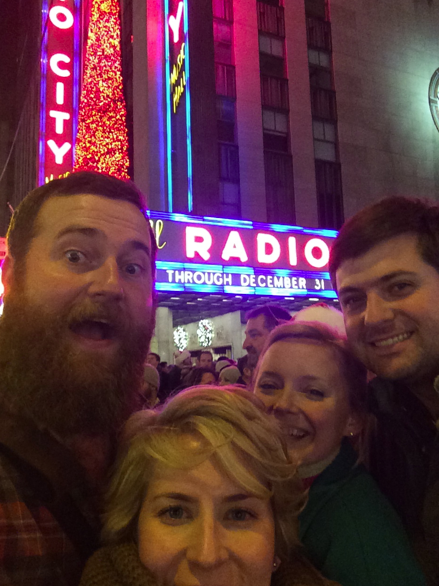 We spent Christmas with our families here, here and here.


We started up a working relationship with one of my all-time small business heroes, The Old Try!

I was talking with Lisa recently about how lately, I swear it seems like I can feel memories as they’re happening—in a way I’ve never been able to before. I don’t know if that’s something that comes with age, or if it’s that we’re going through an extraordinary season of change and I’m feeling very sensitive to it. But lately I get the feeling that I’m hearing that signal, when life as we know it ends (a P.S. I Love You reference, for anyone who knows my love for that movie). I feel like our lives 365 days from now could be very different in some ways, even if we don’t necessarily want those changes, even though it might come with great responsibility, it will also come with great reward and thanksgiving. I feel like we’re going to have some learning curves ahead, like we’ll be jumping into new things feet first without really knowing what we’re doing. But then, I guess that’s life for everyone, isn’t it?

Cheers to the end and the beginning. I’m ready for every peak and valley, with my Father holding my hand all along the way. And I’m thankful for you (your encouragement! your emails! your friendship!), dear reader.