You probably know this about us by now, but we aren’t much on  pro sports. We don’t even watch college sports really–Ole Miss football and Duke basketball are the exceptions, which means Super Bowl Sunday is just another Sunday to us. After church, a short nap (for Ben–sleeping in the afternoon eludes me the older I get), we decided to take a quick trip down to Hattiesburg so I could find comfy boots for walking on our trip up to NYC in a few days.

I was hungry by 4:00 and nearly caved walking past the Auntie Anne’s pretzel kiosk imagining how delicious a big, buttery cinnamon sugar pretzel would be… If it weren’t for watching what I’m eating. Ben knew I was ready to eat, but no sensible 30 year-old eats supper that early, so he surprised me by pulling up to the movie theatre and running in. He came out a minute later with a fancy soda since they have one of those machines that make a million drink flavor combinations. He 100% believes that most of the time people say they’re hungry, they’re really just thirsty, and a diet cherry Sprite would be a kind of treat since I’m trying so hard to watch what I eat. He tries to make me drink water constantly–he drinks a gallon a day or something crazy like that. 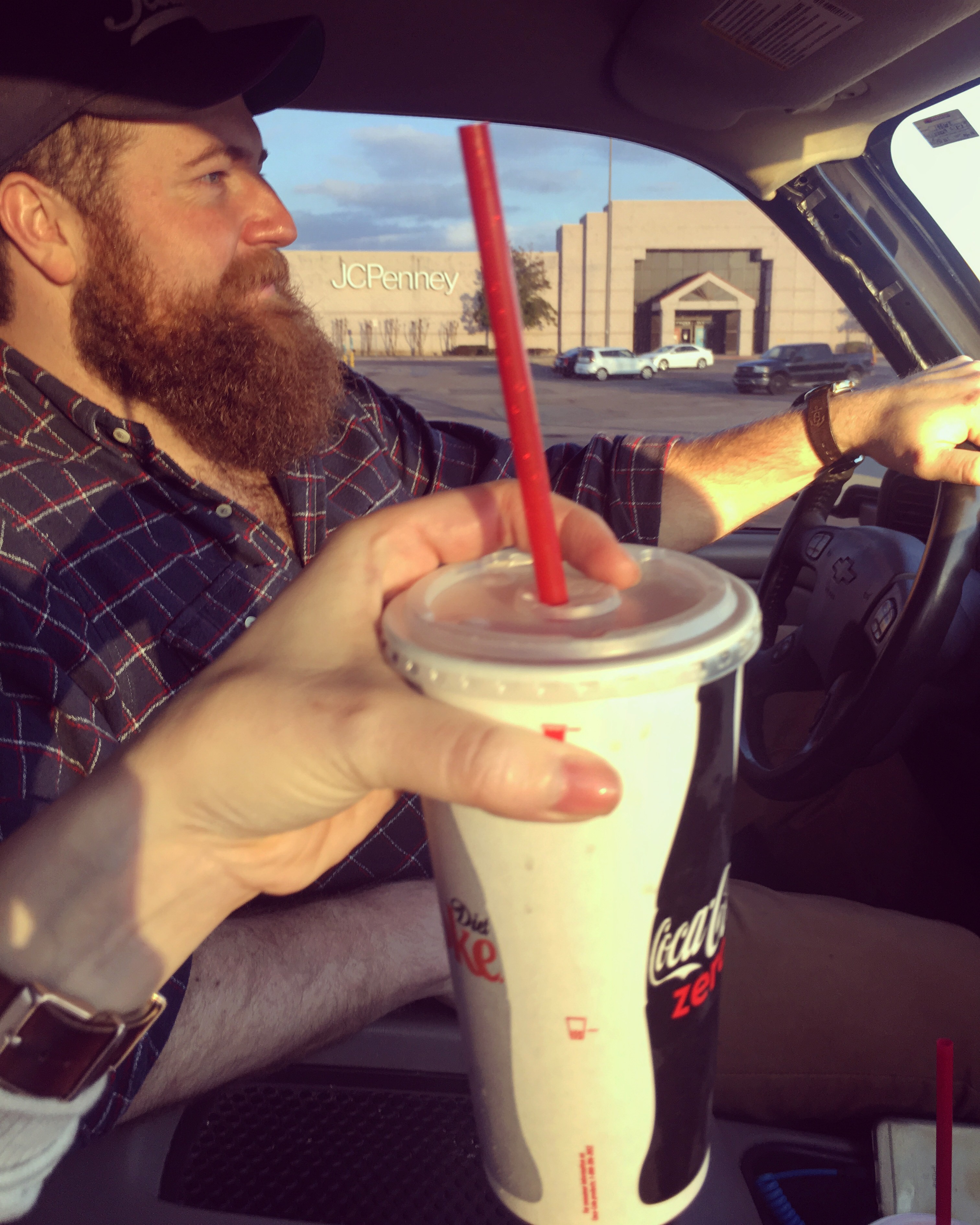 I swoon over those little acts of love, and wish I was so thoughtful.

Soon we were back home eating supper and decided to take a long, long walk all over town while it was all ours. We seldom saw cars passing. Just the clouds flying past the moon, and two unusually hyper, slobbery Great Pyrenees. 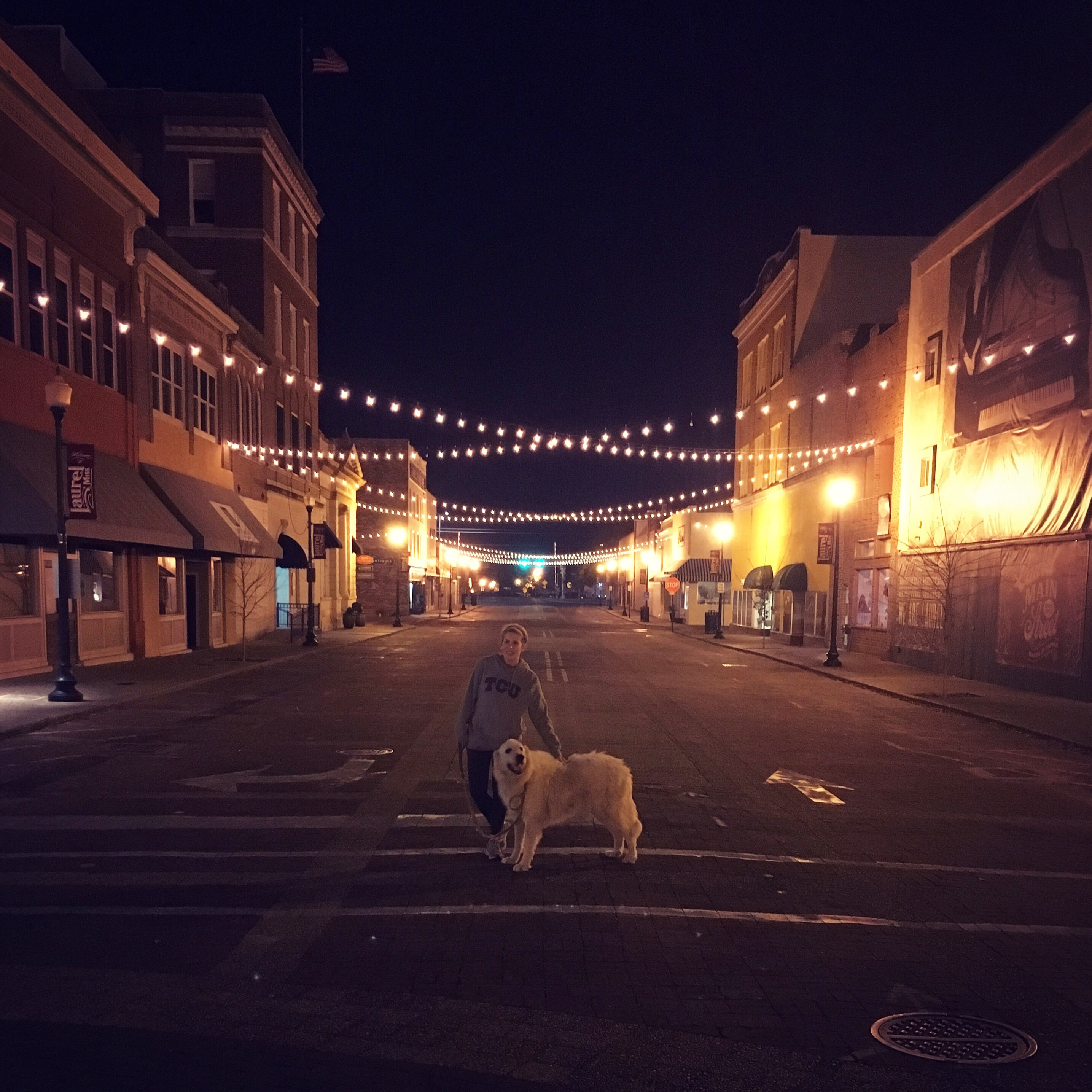 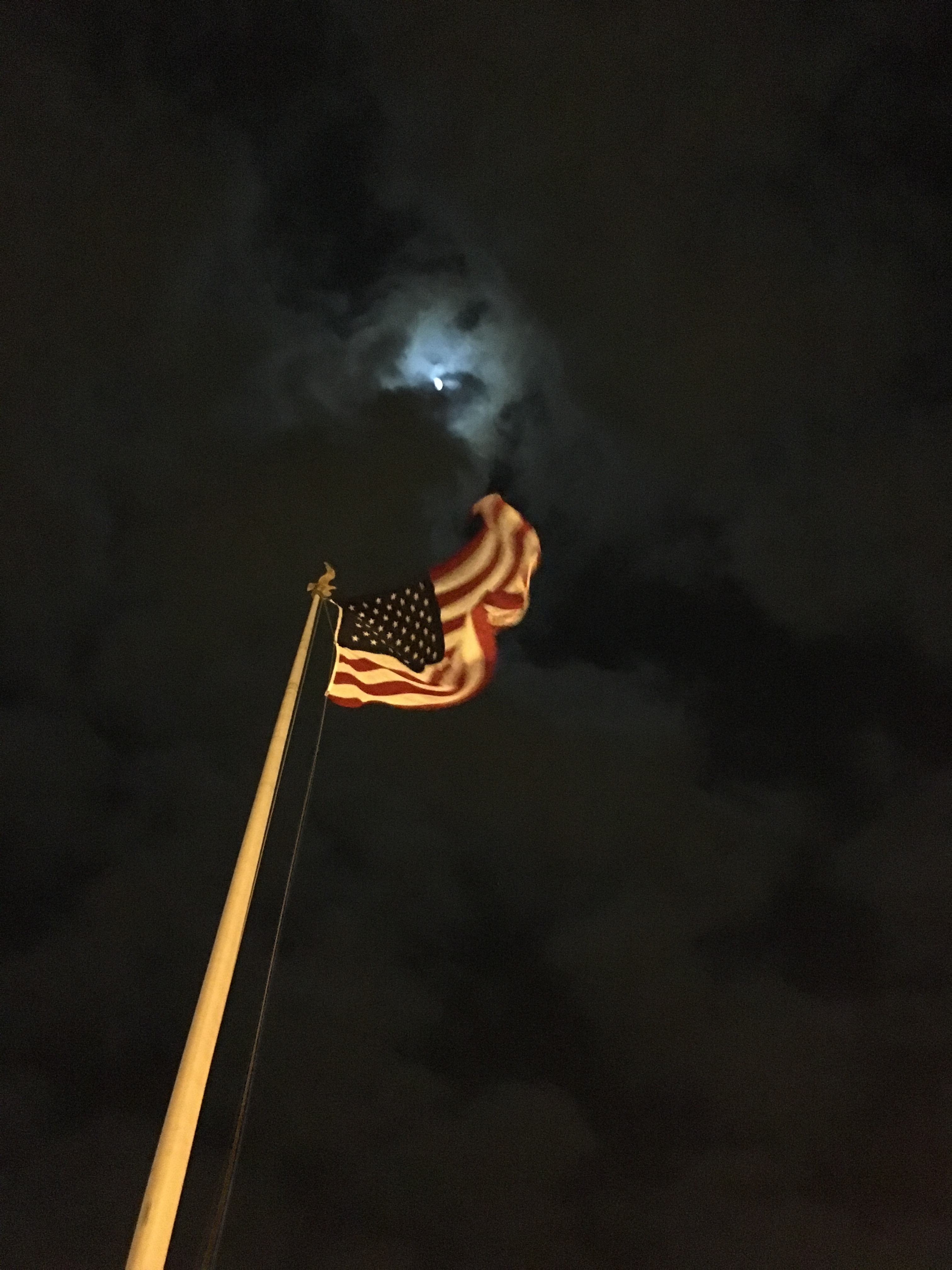 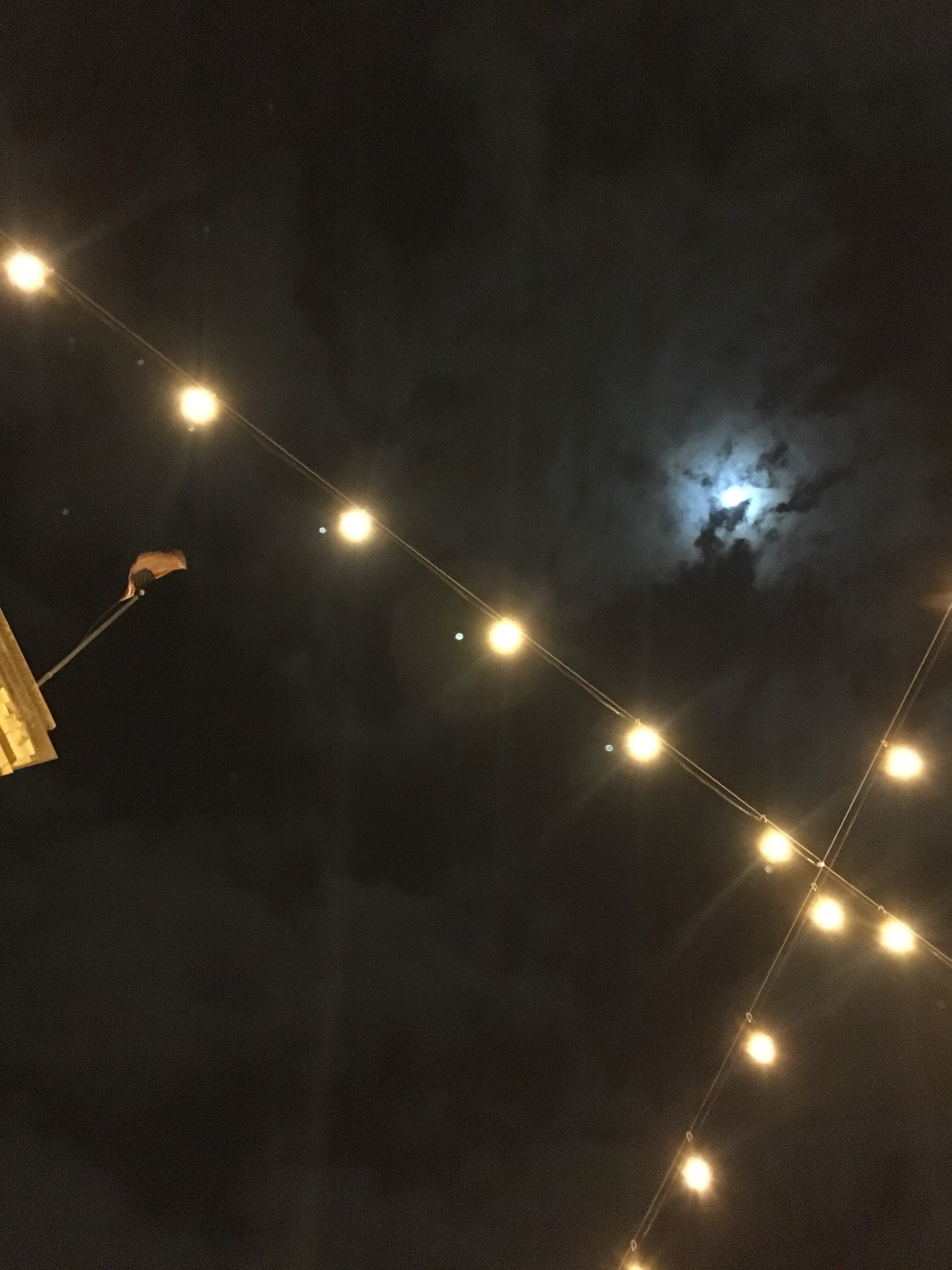