Skip to content
Buy One Get One FreeAmerican Made Flannels
Always American MAdeRead Our Story
6 years ago tonight, Ben said something to me that would change both of our lives forever. It confirmed every feeling we both were having, it let me know that the future would be different than I might have imagined. It was our last week of the semester, then we would be going home for a month of Christmas break. We both knew the 4 hour distance would be heartbreaking so soon after we had just gotten to know each other. We were already mourning the time apart. We were sitting in my car. Damien Rice’s Cheers Darling was playing. He said,
“I want to tell you something. I think I’ve fallen in love with you.”
It shook me to my core to hear him say that. After only 6 days, and knowing he’d never said that to anyone before me—I was overjoyed. I didn’t doubt his sincerity, and nothing about it seemed unreasonable. I was more certain of it than many things in my life.
“I think I’ve fallen in love with you too,” I told him.
“One day, I’m going to marry you. I’m sure about that. I love you,” he said.
That day, Kristen took the first photos of us ever together. It’s hard to think of myself 6 years ago, not knowing what my life would look like today. 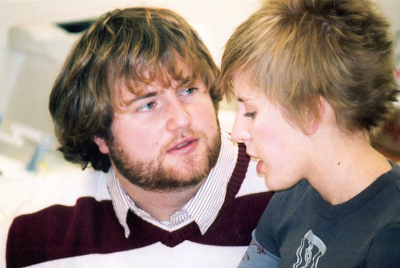 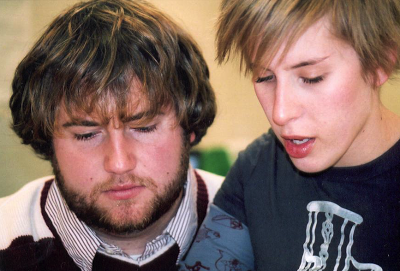 Our last week of the semester, before he left for his parents’ house in north Mississippi, we spent every waking hour together. 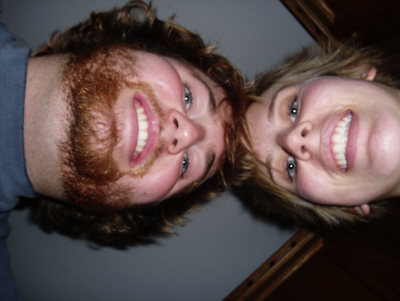 My mama took a few pictures of me with my new boyfriend. 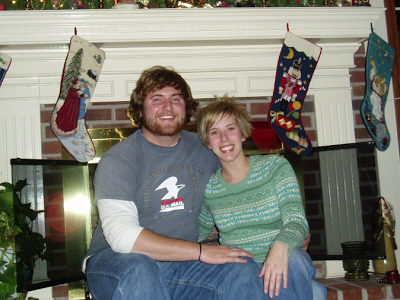 This was and still is my favorite photo of him. 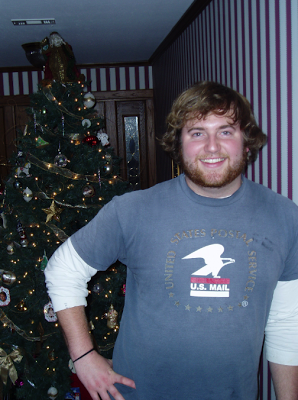 The stain on his left shoulder is from my lip gloss. He hadn’t yet learned to hug me without getting it on him, and I had not yet learned how to hug him and turn my head at the same time.
In this photo, he is young. He’s not worried about a thing in the world. He was my love.
And then he was gone. We talked on the phone for hours everyday, much to his brothers’ dismay. Every week while we were apart, he would mail me hilarious and sweet cards. I saved them all. That was our week.
And here we are.
Newer Post Older Post
Back to Journal