I started this journal and called it Make Something Good Today, as a resolution to count only the good things of every single day in an effort to assuage the worry and anxiety that came with leaving my day job and the first day of starting my own business, a letterpress wedding stationery shop called Lucky Luxe, on January 1, 2010. I was afraid of what was in front of me with so much uncertainty about if my little business could actually make it in a world where so many small businesses fail in their first years. I think much of the reason 2010 became the most delicious year of independence for me was because of this journal—because even on the worst day, I chose to only remember the good thing about it. And so, I wrote our story the way I wish it had been rather than the way my flawed, human negativity would prefer to remember it. It may be revisionist history, but it has enriched my life in ways I’ll never be able to explain. When the darkest day has a moment of sunlight, we can keep focused on the “next right step,” as my friend Lisa says, if we turn toward the light.

So much changed this year. Our whole world, in fact. One year ago today, I was ready to think about starting a family and finally said it out loud in my last entry of 2016. On May 14, Mother’s Day, we found out it was time. These were the days and moments that stand out for me in the story of our life from 2017. 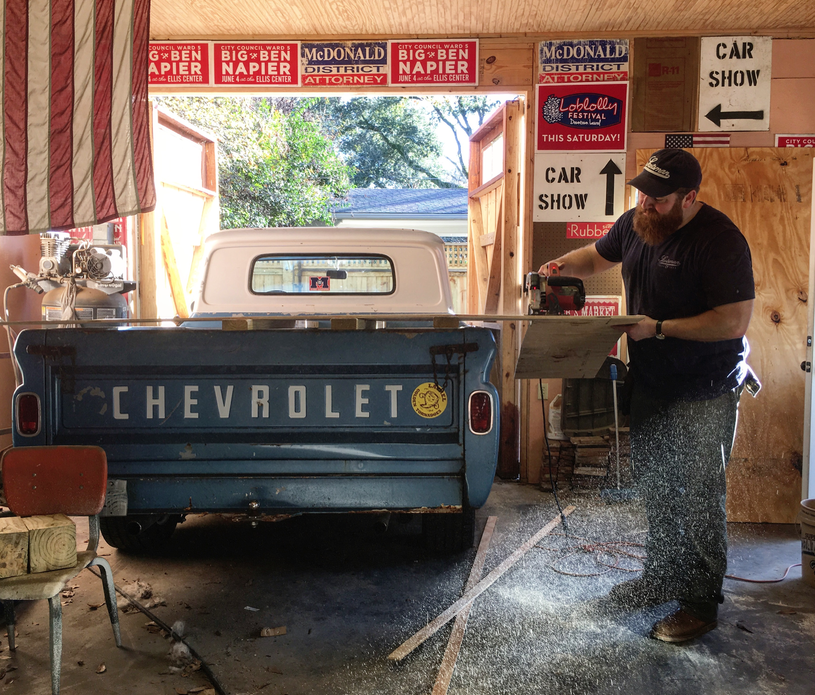 I learned how to stop hating the treadmill by watching all of the Parenthood series, which was providential.

I had one of those great, quiet days filled with sunlight.

We took a buying trip for the store.

We saw a commercial for season 1 for the first time! 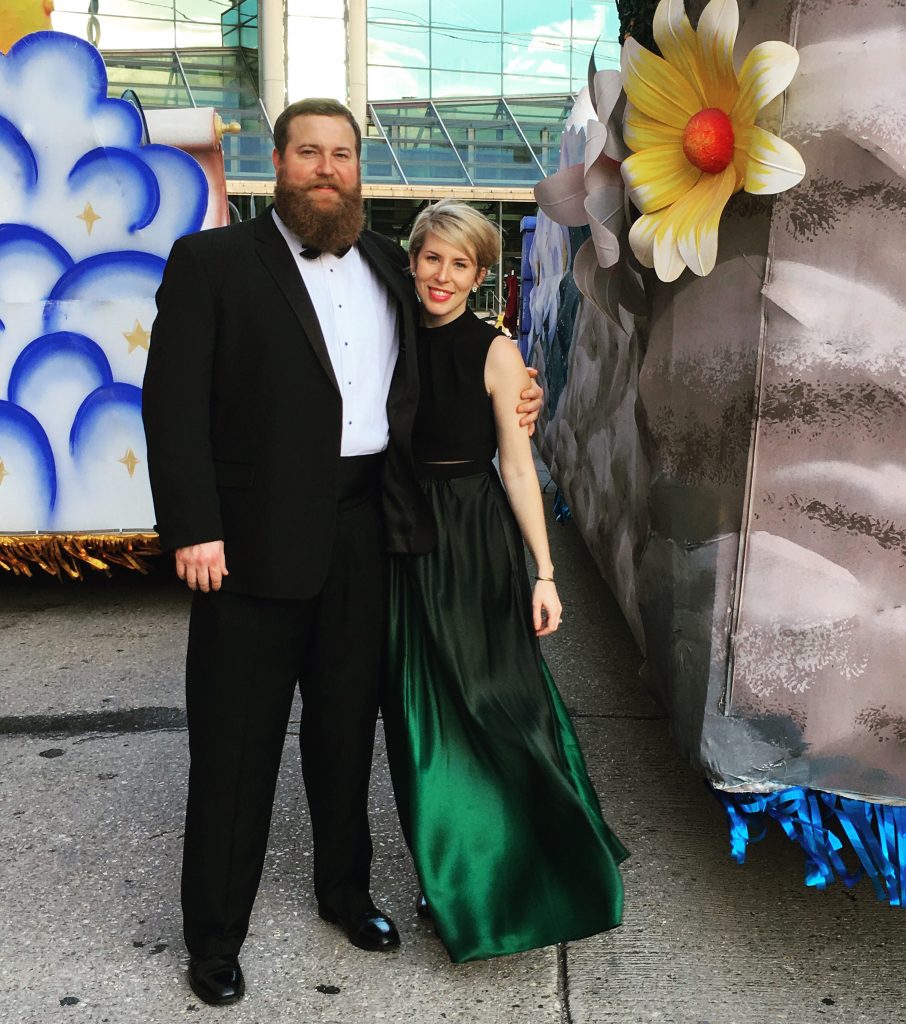 My sweet Valentine made me fall in love all over again.

Big came home from a trip and my world was back on its axis.

We took the first of many trips to NYC for HGTV ahead of the show premiere.

And then grand marshaled a New Orleans Mardi Gras parade. 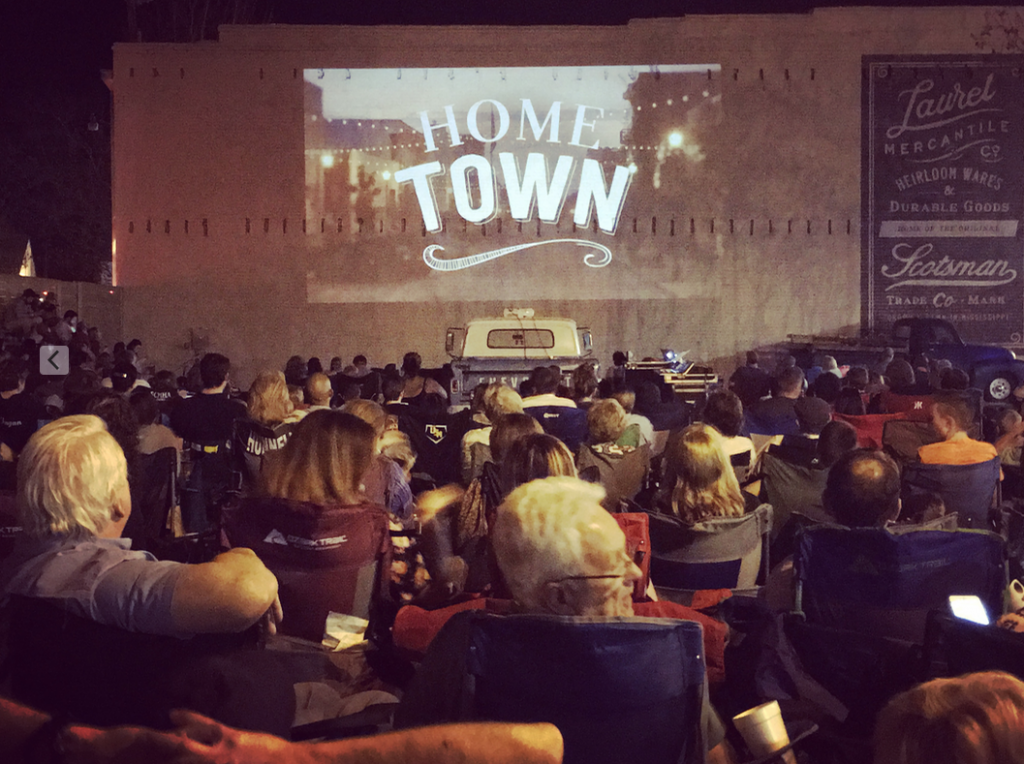 Mama and I spent the day out getting ready for… Our first upfronts in Atlanta.

And 3 years after first being contacted by HGTV, it was time for the premiere of Season 1 of Home Town finally!

We were thankful for our framily in all the craziness that followed.

And had a date night in New Orleans before NYC trip #2 where we got to do some really cool press. 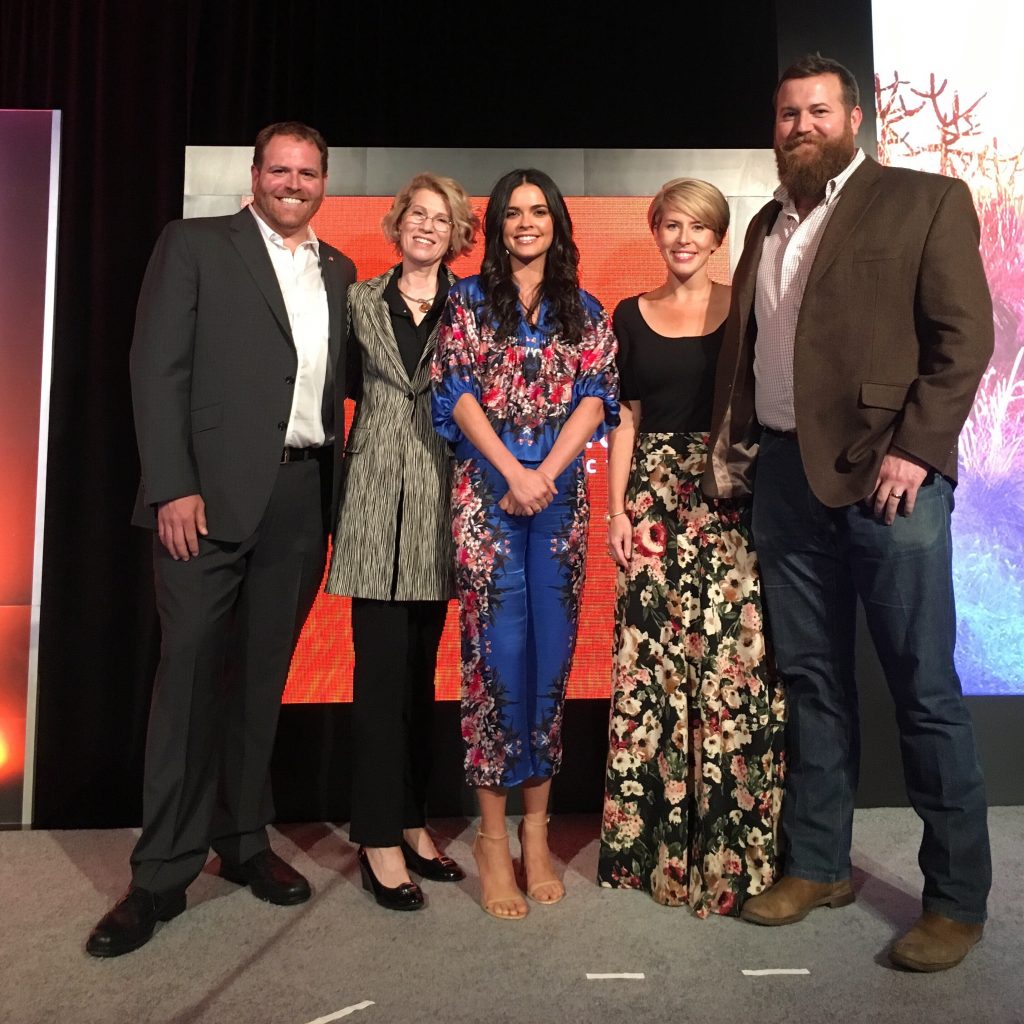 We took an amazing beach trip with mama.

We were officially picked up for season 2, but kept it secret.

And went to Boston… For our second HGTV upfronts. Unbeknownst to us, Helen came on that trip too. 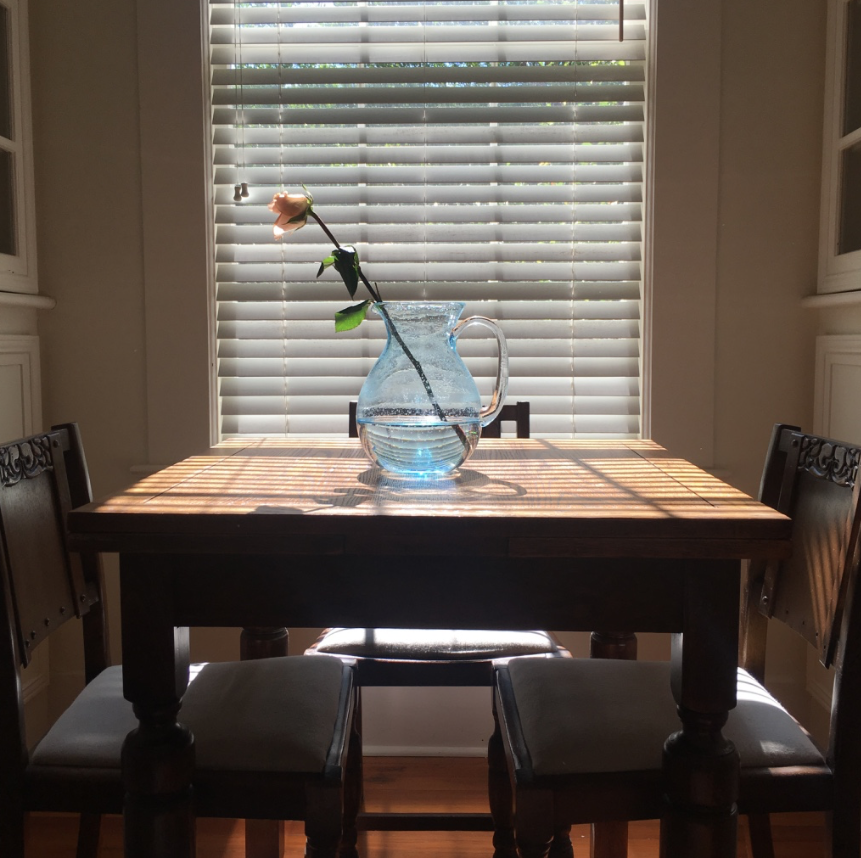 A dream became real, that we’ll finally get to tell you about later in 2018! I said it wasn’t a baby—which is funny because I didn’t yet know we were actually already pregnant.

Then the HUGE week that was a lifechanger. We did our first Mississippi Mercantile, Ricky won Talladega for the first time with Ben and the boys cheering him on, then we immediately hopped a plane to NYC for trip #3 to be on the Today Show for the first time, which still doesn’t even seem real or possible.

Then we found out about Helen on Mother’s Day, 3 days later, but resolved to keep it secret as long as we possibly could.

We made the coolest video about why American-made matters.

And said goodbye to season 1 with a big finale party.

I saw my handsome handyman through new eyes since he was the father of our child. 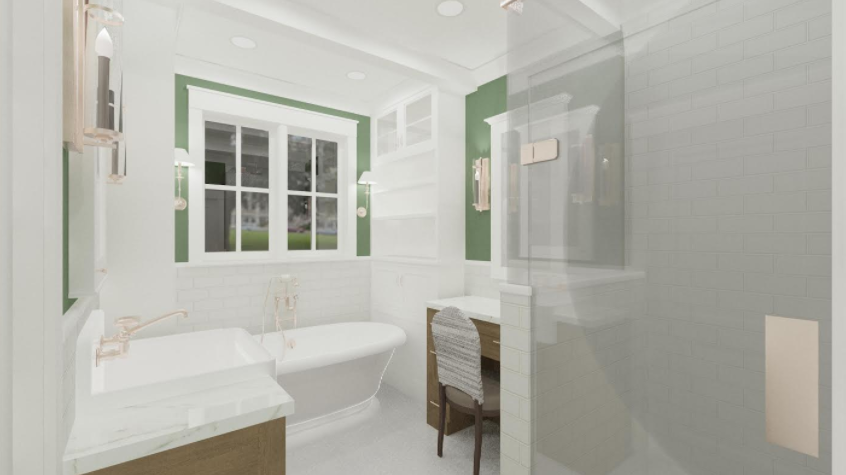 The Market Beautiful came to town for the first time.

The Mercantile framily took a retreat to Wakulla Springs.

And we finally started the master bathroom renovation we’ve always wanted to do.

We started season 2 with the first day of pre-production.

We took another Mobile field trip with the Mercantile framily.

We went to Sloss Fest and saw Nathaniel Rateliff play. 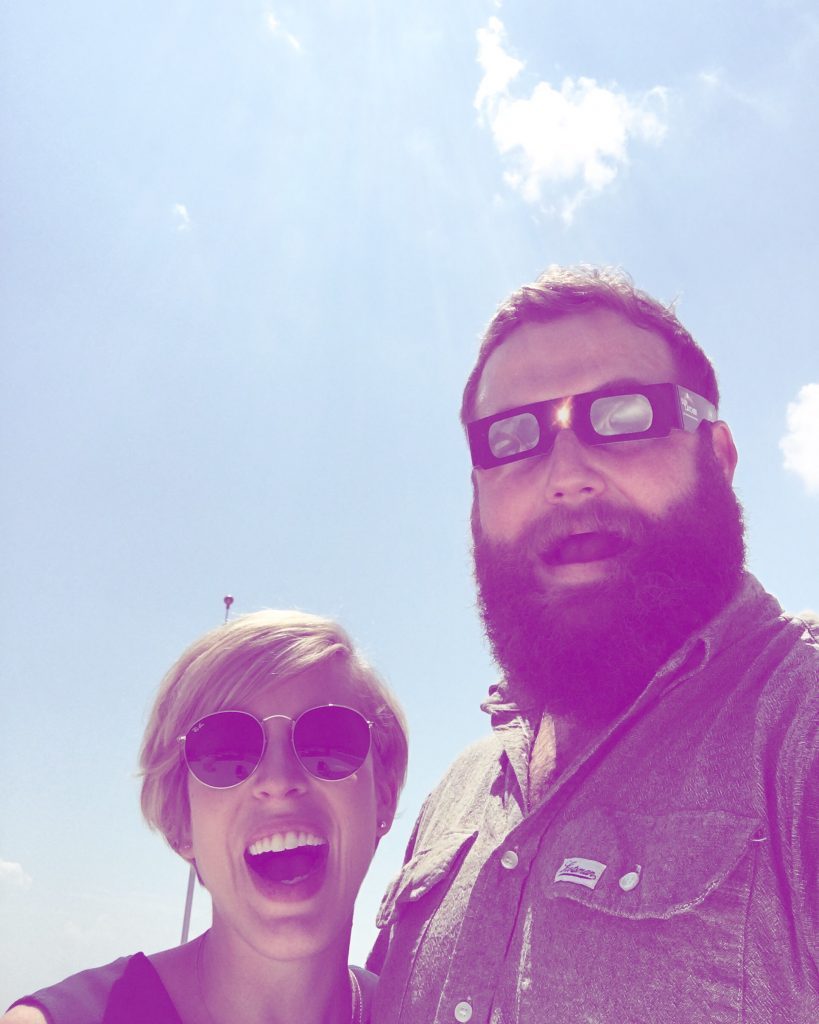 We had some sweet celebrations in one day.

And an amazing support system during filming.

After months without one, living in the renovation, Ben surprised me with a bubble bath.

On the day of the solar eclipse, we found out we were having a girl, and kept it secret on the journal. And it happened to be hands-down the hardest day of filming season 2. I remember a lot of hormonal crying that night!

My 32nd birthday was perfect. 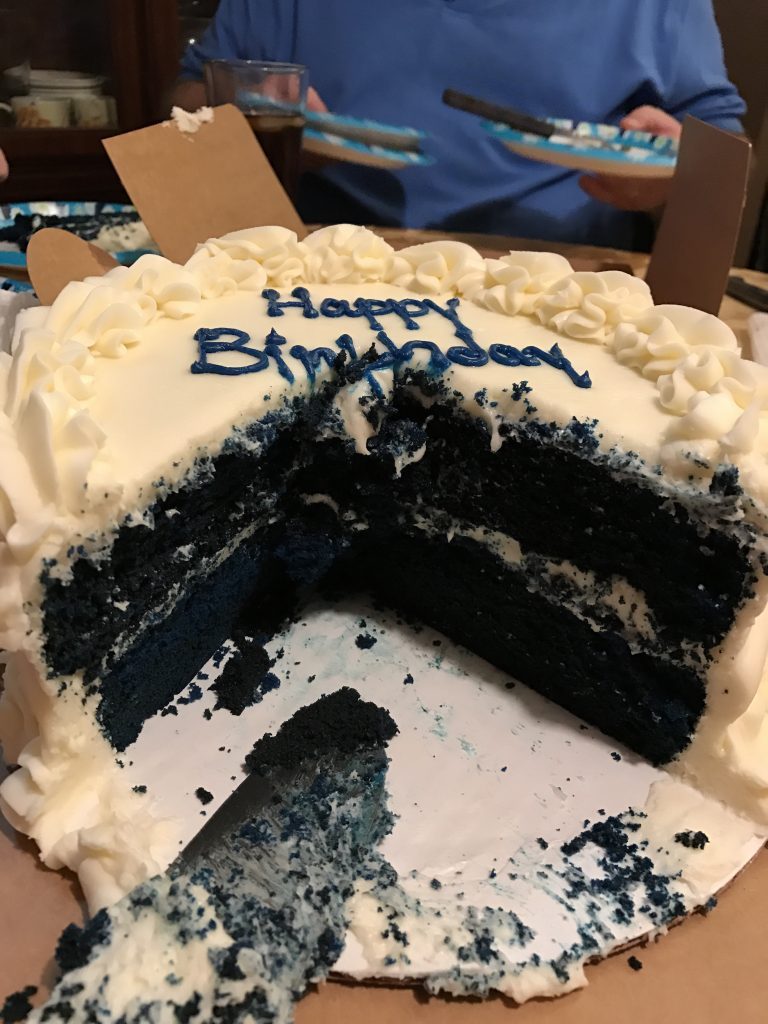 We made it to the first reveal day of season 2.

I surprised Ben for his 34th birthday!

Our secret Country Living Friendsgiving story was finally on newsstands. 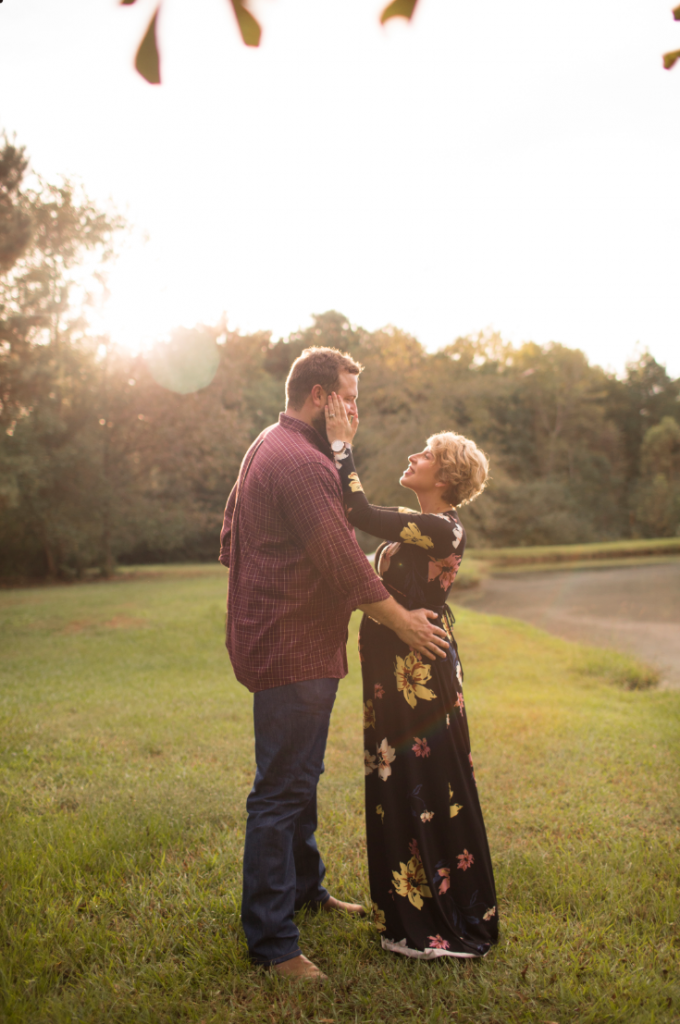 Exhausted from filming, we went to Knoxville on our week off to film promos for season 2.

We started filming the second half of season 2.

The bathroom was finally finished!

We finally told our big secret about Helen, which became the most-read journal I’ve ever written. I told you all about my greatest fears that I was finally facing.

We finally got to announce the season 2 premiere date.

And I relished all the time Ben and I had to keep the secret to ourselves.

We were guest editors of Good Grit and it released. 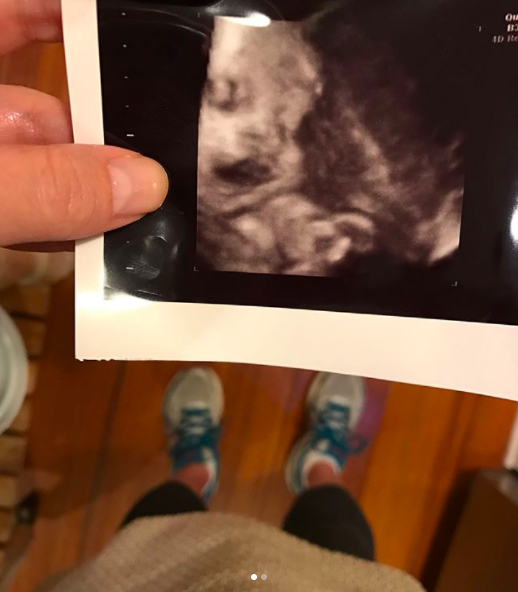 We had Helen’s first baby shower.

I got a great letter from Lisa about motherhood.

The Market Beautiful returned for Christmas.

We saw the first image of Helen’s face. Which I shared much later on instagram.

We celebrated 9 years of marriage.

We time traveled at Ben’s parents on Thanksgiving.

We decorated for Christmas alone for the last time ever. 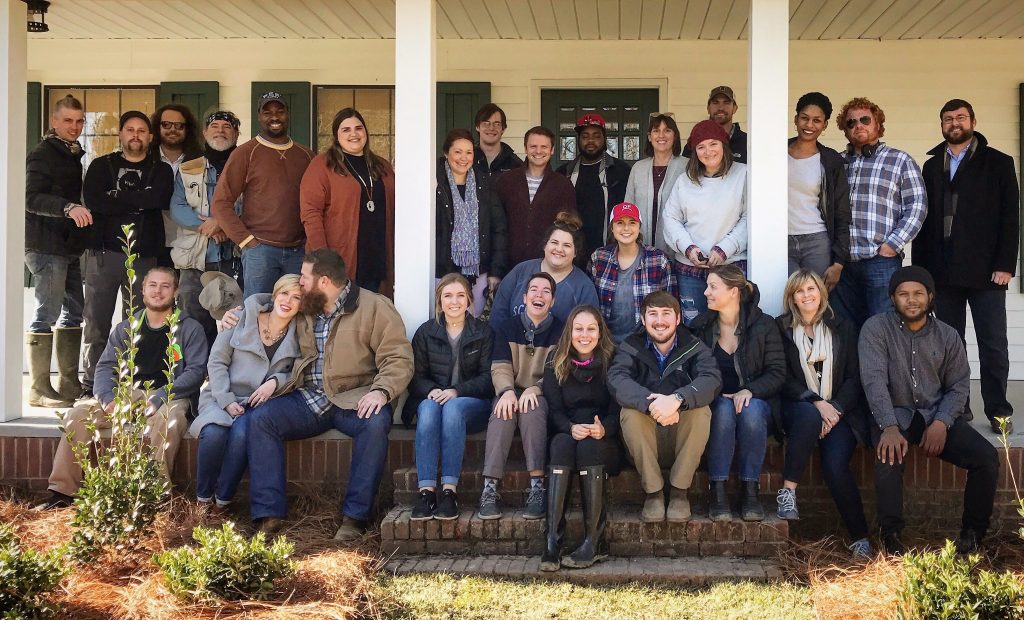 Pancake Day 2017 was the one-year anniversary of our little store, the Laurel Mercantile Co.!

Helen’s second baby shower was an emotional one.

We celebrated 13 years of being together.

The last shoot day of season 2 was bittersweet.

We scheduled Helen’s birthday at the hospital and installed her car seat.

Our last quiet Christmas morning, just the two of us.

And now, as we’re turning over another year on our calendar, so much more is about to change again when we become a mother and daddy to a girl who will need so much from us to grow and learn in her first months. Back in 2012 when I wrote the 1,000th entry, this is what I knew to be true:

Someday I will no longer feel it necessary to document the best things anymore. I hope they will become too normal for me, they will become the meat instead of the garnish. This is, after all, an exercise in focusing on what matters in the time I have to spend on this earth, in this body, and one day I think I will become so comfortable with the good, that I will no longer have to write it down for the public to see and affirm. But when that day comes, I’ll have these words and stories and pictures of when Ben and I were young and in love and figuring out how to become who we are, when he and I were just two and not three or four. And I’ll be proud that I did this, because then it’s immortal, these happinesses and gifts that have happened along the way, out here written in the abyss of the internet and inscribed on my heart forever and ever. They say writing things down makes you remember it, don’t they? 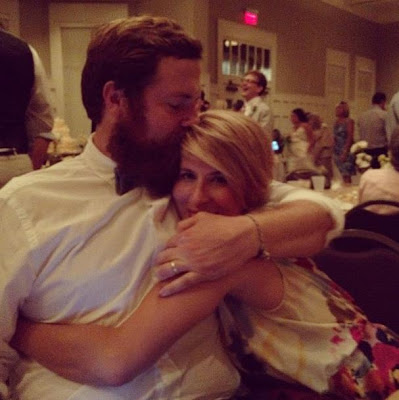 I’ve been feeling it for a while now, that it’s time for me to pull back for a moment, to take a beat—to focus on living in this very short window of time with a newborn rather than focusing on how I’ll write about it at the end of the day. I’ve decided to take a maternity leave of sorts, but I’ll come back on April 1, 2018 counting the good again—just like I always have. I hope by then to have found my footing as a new mother, and I’ll be ready to write again—to share the best moments of our days as a family of three.

In the meantime, put these dates on  your calendar: the Home Town holiday special airs on HGTV tomorrow night, Monday, January 1 at 9|8 ct, then season 2 premieres the following week, Monday, January 8, same time same place. We’ve moved to Monday nights for the duration, to an amazing time slot, so you can watch before you fall asleep this season. I know college football bowl games will be airing these first two weeks, so set your DVR if you can’t watch them live! We’ll be live tweeting all the episodes, assuming Helen allows for it.

I’ll keep posting regularly on my instagram, you’ll find Ben posting here periodically, and I promise I’ll write a post about Helen’s arrival once I’m feeling well—but what’s really exciting is that on January 2 we’ll be launching a whole new Laurel Mercantile journal with contributors we admire and trust sharing on these topics that are important to us as a family and as a company: Small Town America, Craftsmanship, Home Design, Family, The American Man, Entrepreneurship, Style, Relationships and Travel. The archives of all my old journals will still live here, and when I pick back up in a few months I plan to treat it like starting a brand new journal, full of empty pages and unknown adventures ahead.

I’m so grateful for you who’ve been reading along with our story here for years, for weeks, or for the first time today. I hope you take a seedling of inspiration from it, plant it where you are, and make something good today.